The Masked Singer: Harlequin’s identity ‘worked out’ by fans as chart-topper Gabrielle 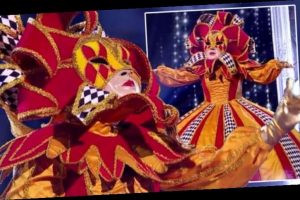 Masked Singer: Spice Girl Mel B unveiled as the Seahorse

Harlequin made their debut on The Masked Singer on Saturday as they faced off against Blob in the hopes of avoiding the dreaded bottom three. ITV viewers watched as the disguised performer belted out a rendition of Rihanna smash hit Diamonds, although it wasn’t enough to see her win the audience vote over Blob. Nevertheless, it was Seahorse who was unveiled as Mel B, leaving Harlequin’s identity hidden – although a number of fans are convinced they already know who it is.

Following Harlequin’s opening performance of the second Masked Singer of the series, the guesses among the judges varied wildly.

From Scarlett Moffatt to Beverly Knight and even Justin Timberlake in the mix, it’s still anyone’s guess who Harlequin is among the experts.

But ITV viewers seems a bit more unanimous in their thinking as to who is behind the mask, with several tipping singer Gabrielle as the one underneath the disguise. 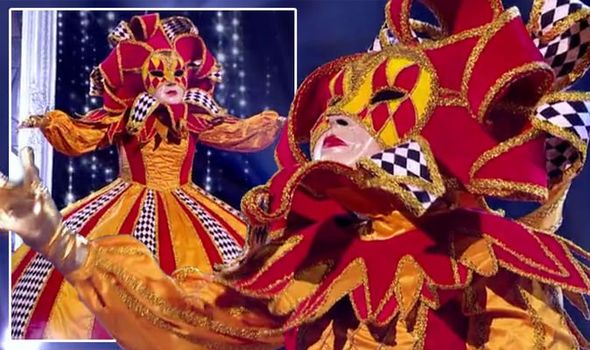 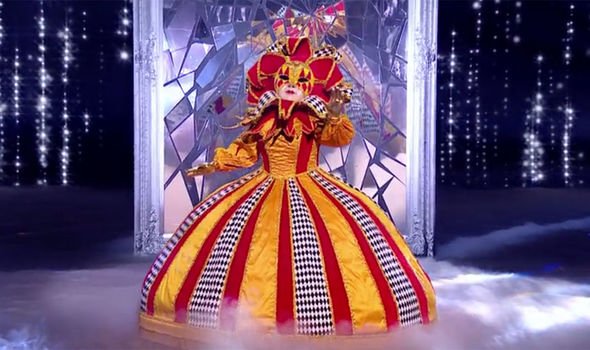 And they weren’t alone as a second added: “Harlequin sounds like Gabrielle #maskedsingeruk.”

While a fifth added to the conversation: “It’s so Gabrielle as Harlequin. #MaskedSingerUK.”

However, while Gabrielle seems to be one of the most popular guesses among the fandom, she isn’t the only star tipped to be hiding under Harlequin’s disguise. 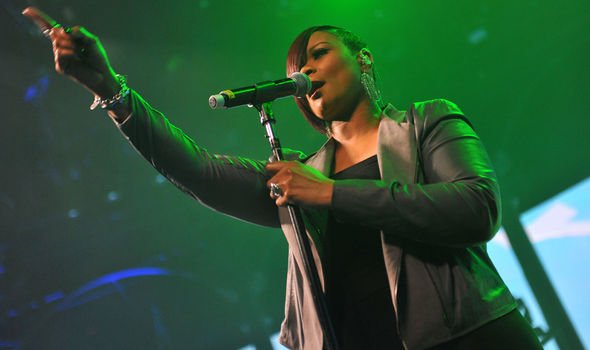 Adding to the debate, a few others predicted journalist and reporter Charlene White could be the mystery singer.

“Harlequin is Charlene White from ITV News? #MaskedSingerUK,” one fan suggested, with a second asking: “Could the Harlequin be newsreader Charlene White? The voice sounds like it could be her. Plus the breaking news bit #maskedsingeruk.”

Fans will have to keep tuned in to find out for sure just who Harlequin could be.

In the meantime, the performer’s clues package may help with those still trying to piece together the puzzle of their identity.

Kicking off her first clues package of the series, Harlequin said to viewers: “A harlequin is a bit of a clown.

“And although I’m no fool, you could definitely say that I’m a bit of a joke.”

They continued: “Would I say taking part in The Masked Singer was a laugh? Absolutely not.

“The thought of walking onto the stage is honestly quite terrifying, you might even have to push me on there.”

As Harlequin continued to deliver her clues from a stunning mansion, she concluded: “It’s like doing karaoke and that is a whole new experience for me.

“But here I am, I’m up for the challenge and ready to go, bring on all the fun of the fair!”

So will it be Gabrielle unmasked as the performer or could a different famous face altogether be singing?