Home » 'The Masked Singer' Reveals Another Contestant in 'Wildcard' Elimination: And the Orca Is…

'The Masked Singer' Reveals Another Contestant in 'Wildcard' Elimination: And the Orca Is… 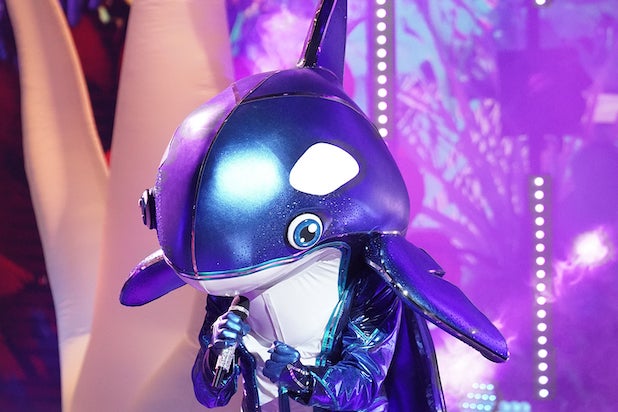 (Warning: This post contains spoilers for Wednesday’s “The Masked Singer.”)

Nick Cannon made his official return as “The Masked Singer” host Wednesday after being revealed as the Bulldog in a twist elimination set off by guest host Niecy Nash last week. And his first hour back for Season 5 was the all-important Group A finals, in which Russian Doll, Seashell, Robopine (f.k.a. Porcupine) and Orca went head to head with each other and a new “Wildcard” competitor in hopes of landing a slot alongside the remaining Group B contestants in the Super 8 round. By the end of the night, only four were left standing.

Each contestant performed once more in front of panelists Jenny McCarthy, Ken Jeong, Robin Thicke and Nicole Scherzinger, as well as the now-returned Cannon, who was recovering from COVID-19 earlier this season. And once the regulars had gone, it was time for the introduction of surprise competitor Yeti, who sang New Edition’s “If It Isn’t Love.”

After everyone had taken the stage, the judges and at-home audience cast their votes for Wednesday’s top Group A contestant, selecting who will move on to compete with Group B’s finalists in the Super 8 round and who would be eliminated.

They ended up cutting Orca, who had performed Poison’s “Every Rose Has Its Thorn.” He was unmasked to reveal singer Mark McGrath of Sugar Ray. Before Orca’s ousting, the judges had guessed he could be Kelly Slater, Dave Grohl or Billie Joe Armstrong.

Last week’s “Masked Singer” episode was the Group B finals, in which contestants Chameleon, Black Swan, Piglet, Crab and “Wildcard” Bulldog duked it out for a Super 8 spot. But the episode saw a twist in that all four of the regulars got to move on, as Nash threw out the votes and chose to eliminate Bulldog, who was unmasked to reveal Cannon. Yes, it was a planned cut, but for the good cause of surprising you with Cannon’s return as host.

Next week, Group A and Group B’s remaining contestants — Russian Doll, Seashell, Robopine (f.k.a. Porcupine), Yeti, Chameleon, Black Swan, Piglet and Crab — will take the stage together for the first time in the Super 8 round as they compete to make it one step closer to the finale.

“The Masked Singer” airs Wednesdays at 8/7c on Fox.