Alex Scott took on the presenting duties of The One Show this evening alongside former footballer Jermaine Jenas. While it’s not unusual for the BBC show to undergo a shake-up to its presenting duo on Friday’s shows, it’s normally the case that Alex Jones presents alongside a new guest presenter. Tonight, the tables were turned as Alex and Jermaine presented the show for the very first time together.

Kicking off Friday’s edition of The One Show, Alex sat on the left-hand side of the screen where the regular presenter normally resides.

“Hello, and welcome to your Friday One Show,” Alex began. “We are live with you for the next half an hour with Jermaine Jenas…”

“And Alex Scott,” Jermaine weighed in, before making a joke about his and Alex’s former careers.

The ex-footballer joked: “No, you’re not watching Match of the Day,” 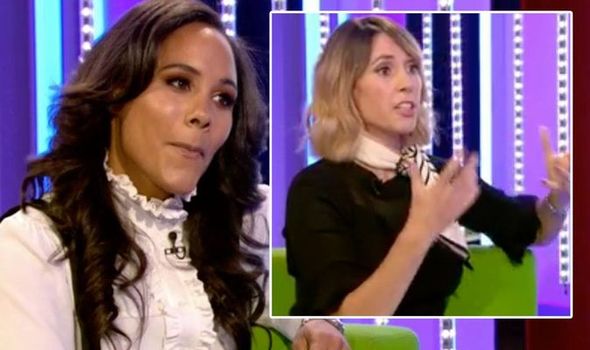 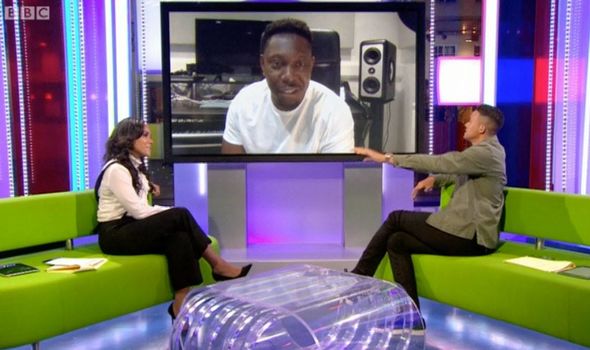 The pair then spoke with rapper Dizzee Rascal and presenter and radio host Sara Cox as they moved the show on.

For fans watching at home, it was a welcome change to The One Show presenting line-up this evening to see Alex join Jermaine on the famous green sofa.

“Nice to see Alex on the green sofa for the first time in a while! #TheOneShow,” said one fan on Twitter.

A second saw the funny side of Jermaine’s joke: “‘With jermaine jenas and alex scott. no this isn’t match of day’ [laughing emoji] #theoneshow.” 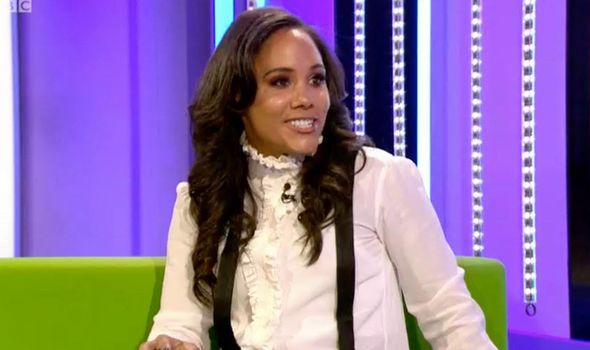 While a third weighed in: “BAME ex-footy players presenting #TheOneShow. The dream team. About time.”

Alex and Jermaine’s stint on the show was packed full of laughs and honest conversation as it was revealed the former Strictly star had gone to school with guest Dizzee Rascal.

The pair shared a giggle or two as they reminisced over their school days as well as Jermaine teasing Alex could appear on one of Dizzee’s future records.

Alex also candidly opened up on dealing with online trolls as The One Show addressed the struggles with mental health lockdown has brought upon people. 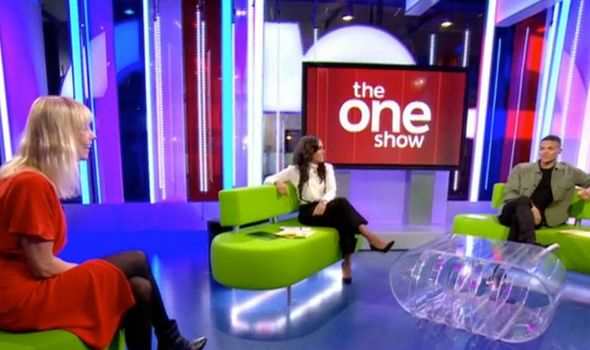 “On a serious note,” Jermaine said as he sparked the conversation with his co-host. “I want to talk to you about the whole metal health thing,

“Because I know on one of the very first shows we worked on, Football Focus, you were getting trolled at that particular time on Twitter,

“I mean I was completely unaware that you were in the eye of the storm at that point, and I felt protective, I suppose, of you – but I didn’t get at that time just how tough things were for you.”

Alex opened up: “Yeah, I think what we’ve heard and with everyone speaking out about it now, is I was trying to hide it.”

She continued: “I was trying to be brave, put on a brave face but I was really struggling and I know it’s now been documented about my mental health issues.

“It was a really tough time and for me the message is: it’s okay not to be okay.

“Everyone goes through different things and it’s a way of dealing with it and I have to thank people who still reach out to me to show their support.”

Alex Jones will return on Monday to front The One Show once again following Friday’s shake-up.