In the instantly mesmerizing opening shots of “The Queen,” Frank Simon’s vibrant 1968 documentary following a New York City drag pageant, a young Flawless Sabrina sits in front of a vanity perfecting her brows. She’s on the phone with a friend, urging them to come to the city for the show and head straight for her apartment on East 73rd street. In voiceover, she strikes a balance between an inviting and matter of fact tone, introducing herself as Jack Doroshow to her family — Sabrina to her queens.

Addressing the mainstream audience that would see the film during a successful art house theatrical release, she elaborates: “I go up to this queen and I say, ‘What’s your name?’ The queen says ‘Monique.’ And you say, ‘That’s marvelous, darling, but what was your name before?’ And the queen will look at you straight in the eye and say, ‘There was no before.’”

That simple line, so poetic and beautifully concise, would ruffle many a feather. But the most agitated were not the straight audiences: It was trans women and drag queens who felt “The Queen” would bring the community too much exposure.

“Some of the screenings were actually protested. There was enough of a response that people felt compelled to actually protest,” said Zackary Drucker, a filmmaker, artist, and queer activist who became close with Flawless before her death in 2017. After first renting the film on VHS from Kim’s Video in New York City (long-gone), Drucker watched “The Queen” hundreds of times with Flawless in the very East 73rd street apartment where much of the film was shot, soaking up the stories and elder queer wisdom. 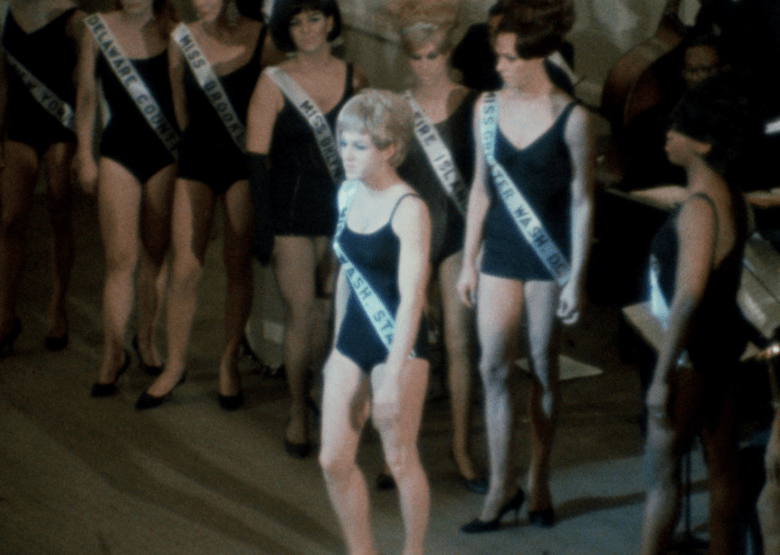 “‘The Queen’ was received surprisingly well by a more straight cis-gender audience, but it was difficult for other queens and trans feminine people,” Drucker shared. “Flawless talked about a certain expression of anger or resentment that they were being put out there in a very visible way. Not queens that were in the film, but by other queens and trans people who wanted to remain clandestine.”

The insistence that “there was no before,” with its explicit acknowledgement of trans identity, was too real for some to bear. “That was one of the things that kind of ignited anger. It was that sentiment of revealing a person’s trans history, you know? I think that it’s just easier for some trans people to live in constant denial. And that was as true in 1968 as it is today.”

Though she has no producer credit, “The Queen” was Flawless’ brainchild through and through. She received help securing financing from one Andy Warhol, who was a judge of the 1967 Miss All-America Camp Beauty Pageant held at Town Hall. Warhol and his muse of the era Edie Sedgwick appear briefly in the film, as well as famed “Paris Is Burning” subject Dorian Corey. Flawless had the idea for the film when an earlier pageant she ran in Boston attracted the likes of Robert Kennedy and his debutante friends.

“Robert Kennedy was in the audience and had invited a large group of debutantes who were slumming it and they showed up dressed to the nines and sat in the front row,” said Drucker. To hear Flawless tell it, she recalls, “the bloom was off the rose.” But it was Kennedy’s presence that made her realize “she had to document this community before it was mainstream.”

The mainstreaming of drag and queer culture has been a conversation ever since “Paris Is Burning” and Madonna’s “Vogue” documented and magnified ballroom. It continues today with “RuPaul’s Drag Race,” the mega-hit reality series now on VH1 that churns out drag queens and tours like a well-oiled machine. Many underground drag artists complain that “Drag Race” elevates a very specific kind of drag, one not rooted in the artistic or political. To hear Drucker tell it, those conversations had already begun happening in the ’60s.

“It’s just so funny to think about now because 1966 you don’t necessarily think of drag as becoming mainstream shortly thereafter,” she said. “But ‘The Queen’ actually really did catalyze this mainstreaming of drag that was completely undocumented, never happened before.”

Kino Lorber will open a brand new 4k restoration of “The Queen” June 28 at the IFC Center in New York, with additional cities to follow.