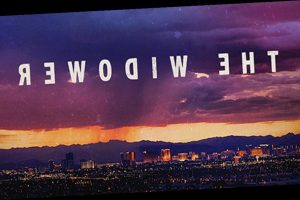 NBC has a date with a killer next month — three dates, actually. The network said today that its three-part true-crime docuseries The Widower, from the producers of Dateline NBC, will premiere at 10 p.m. Thursday, February 18.

The hourlong debut episode will be followed by two-hour Parts 2 and 3 starting at 9 p.m. Friday and Sunday, February 19 and 21.

NBC was short on details about the docuseries but said The Widower goes behind the scenes of one of the country’s most confounding murder investigations, revealing a tale of evil and a tireless quest for justice in real time. It features unprecedented and exclusive access to the alleged killer playing cat-and-mouse not just with investigators, but with Dateline’s cameras.