On Tuesday evening, BBC One is set to air a new crime thriller series Crossfire which stars The Witcher star, Josette Simon. Josette played Eithne in two episodes of the Netflix hit series and has opened up about her part in the “incredible” new series. Josette admitted that as soon as she read the scripts, she “needed” the role

Crossfire sees Jo Cross (played by Keeley Hawes) a former police officer who stepped away from the job after she had children.

The series sees a group of friends, their husbands and children decide to take a holiday away together to sunny Spain for a relaxing holiday.

However, their blissful holiday soon turns sour when a group of gunmen storm the resort, the group are forced to make life-changing decisions.

Along the way, secrets about Jo and her husband Jason’s (Lee Ingleby) marriage surface as one of them discovers the ultimate betrayal. 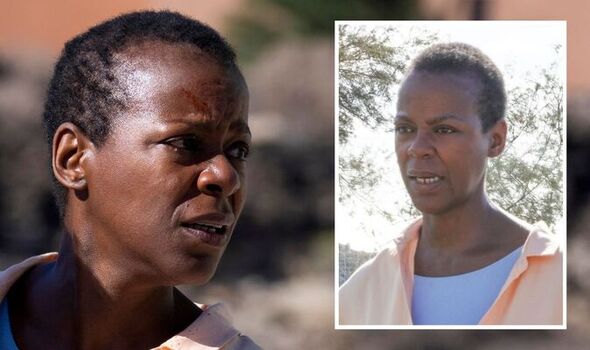 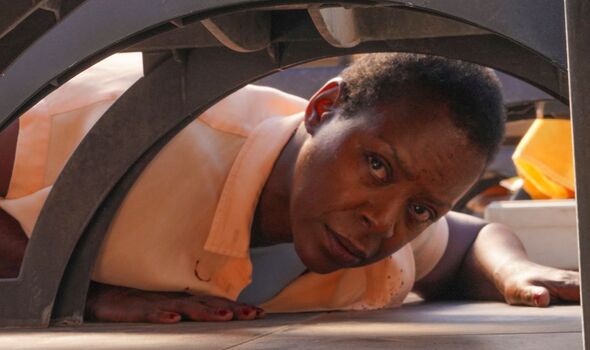 Josette is set to play the role of Miriam, a nurse who is married to Ben (Daniel Ryan) with no children.

She recently opened up about why she decided to take the role as it could be deemed significantly different from her other roles.

Josette teased: “Well I was asked too,” before explaining: “Like Keeley said I was reading the script and my heart was racing I felt sick.

“I thought, ‘Wow this is incredible’. I was asking myself a lot of questions about it, but I also felt it was a really important story to be told of love between eccentric friends. 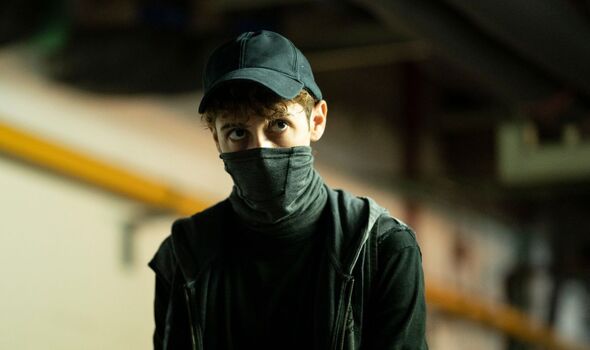 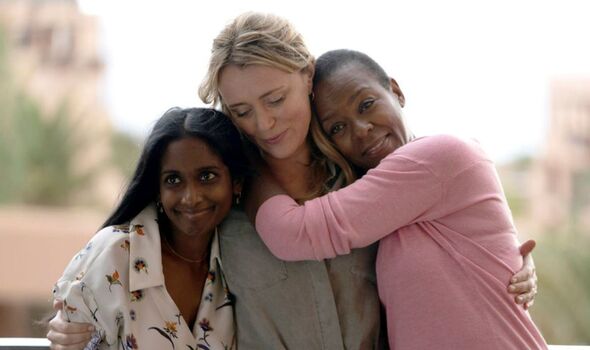 “I asked lots of questions, not only of the characters but the dilemma and it just gripped me by the throat and I thought, ‘Yes I am doing this job’,” she told Express.co.uk.

Writer and creator Louise Doughty recently revealed that the resort that features in the series was where the cast and crew stayed.

Filming in the midst of the coronavirus pandemic, Louise explained that they were restricted as to where they could travel, so decided to stay in the resort where they were shooting.

Discussing the unique circumstances, Josette revealed: “I have never been on a shoot where it is shot in the very same location and rooms.

“Everything that you are staying in, as well as the cast and crew and everybody also staying in there and you, are miles away from amenities, so you are stuck with each other but thank god we got on.

“Some of the guests at the hotel knew there was a shoot going, a TV series and certain areas were blocked off at certain times.

“But there were a whole load of other people who had no idea because no one told them. So suddenly you have people screaming and running into the hotel.

“Strange going-ons in the corridors and people with fake blood down their faces walking down the corridor, and these poor people were trying to have a holiday!”

The official synopsis reads: “A story of survival and resilience, Crossfire is an edge-of-your-seat nail-biting thriller yet also emotional, intimate and relatable.

“With the unsuspecting holidaymakers and hotel staff forced to make monumental split-second life or death decisions, the consequences will linger long after the final shots are fired.”

How will the families hold up under the pressures?

Crossfire begins tonight at 9pm on BBC One.