Home » TV & Movies » ‘This Is Us’ Season 6: Fans Think 1 Detail From the Premiere Proves Kate and Toby’s Split Is Coming Soon

‘This Is Us’ Season 6: Fans Think 1 Detail From the Premiere Proves Kate and Toby’s Split Is Coming Soon

In a turn of events, This Is Us confirmed Kate (Chrissy Metz) and Toby (Chris Sullivan) won’t end up together. Even so, fans still don’t know why – or when – the two break up and get divorced. But one detail from the This Is Us Season 6 premiere has many fans theorizing that Toby and Kate’s split happens sometime within the year of the present-day timeline – here’s why.

The This Is Us Season 5 finale revealed Toby and Kate divorce. In a flash-forward to about five years in the future from the present-day timeline, Kate gets remarried.

Meanwhile, Kate’s co-worker, Phillip (Chris Geere), says he’s going to be Kevin’s (Justin Hartley) brother-in-law. Thus, Kate ends up with Phillip, not Toby, on This Is Us.

What happened to Toby and Kate in the ‘This Is Us’ Season 6 premiere?

It’s clear there are some cracks in Kate and Toby’s relationship at the start of This Is Us Season 6. In the premiere episode, Toby misses out on his wife’s birthday because he works in San Francisco three days a week. It’s also evident that the distance takes a toll on Kate.

That said, Toby is still able to surprise Kate in the This Is Us premiere. He sneakily texts Kate at the end of the evening, asking whether he missed wishing her a “final Happy Birthday.” Then suddenly, Toby pops out and reunites with Kate.

Following the This Is Us Season 6 premiere, a fan on Reddit theorized that Toby’s text to Kate had a double meaning.

“The wording of Toby’s text to Kate strikes me as ominous,” the fan wrote. “I know that by ‘wishing you a final Happy Birthday’ Toby means sending her one last birthday greeting for the day but could this be a subtle hint from the writers that Kate won’t live to see her next birthday?”

Of course, many This Is Us fans have speculated that Kate is dead in the future. The character hasn’t appeared in any of the flash-forwards set at Kevin’s cabin. But while other commenters on the Reddit post thought the original post was on the right track, many believe Toby’s text to Kate means they will be divorced within the year, considering she is alive in five years getting married to Phillip.

“She gets married within five years time. It’s safe to say that she gets to enjoy at least five more birthdays,” a fan wrote. “But if the text were to indicate a foreshadowing, maybe it’s the final birthday that he gets involved with before their break up.”

What to expect from KaToby in ‘This Is Us’ Season 6 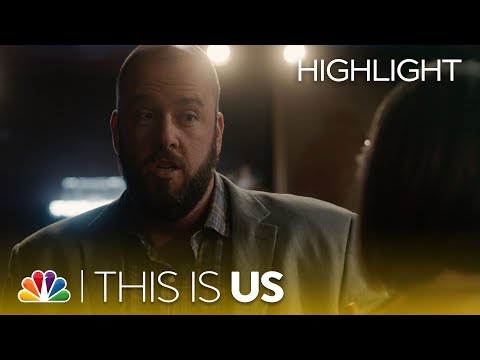 For now, This Is Us fans will have to wait and see what happens to Kate and Toby – and Phillip – in season 6. But Metz recently confirmed that episode 9 of the final season will be revealing for KaToby.

“The episode that I got to [cowrite is] is a real turning point in Kate and Toby’s relationship,” Metz told Glamour. “It’s going to be beautiful and wonderful and sad and heartbreaking and all the things.”