We’ve entered the part of the awards calendar that sees the entertainment industry’s guild organizations announcing nominations honoring the best craftspeople in their respective fields, for awards ceremonies to be held next month.

Much of the chatter around these nominations comes part and parcel with Oscar season, with analysis interpreting precisely what each new batch of nominees means for the Academy Award nominations, due to be announced on March 15.

For television, the Emmy Awards non-adherence to a January-December eligibility calendar means that all guild awards are consequently a mishmash between episodes and series already recognized by the Emmys last year and competitors whose Emmy eligibility is still outstanding.

Still, it’s always worthwhile to track what the people who know their specialized field best — the respective guilds — are holding in highest esteem, as forewarned is always forearmed when it comes to keeping an eye on the Emmy race to come.

With that in mind, here’s a glance at the many guilds who shared award nominations in the past week, including honors for costumes, sound design, sound mixing, visual effects, and animation.

The Costume Designers Guild announced its nominees on Thursday, recognizing the artisans that visualize and create the wardrobes for some of entertainment’s most beloved films and TV shows.

Of particular interest among the nominations announced are the contenders in Excellence in Period Television, where Netflix’s “Bridgerton,” “The Crown,” and “The Queen’s Gambit,” will all compete against HBO’s “Lovecraft Country” and FX on Hulu’s “Mrs. America.”

The reason to keep an eye on this category comes down wholly to “The Crown.” At the Creative Arts Emmy Awards last September, the series took home its third Emmy for period costumes, one for each of its three seasons. While the show did not win the period costume award at the CDGA last year — it was edged out by Amazon Prime’s “The Marvelous Mrs. Maisel” — it remains likely that the series will try to go four for four at this year’s Emmys. With “Mrs. Maisel” not in contention, will the Netflix drama retake the CDGA period costume crown or are designers ready to recognize some new blood?

A full list of CDGA nominees can be found here. 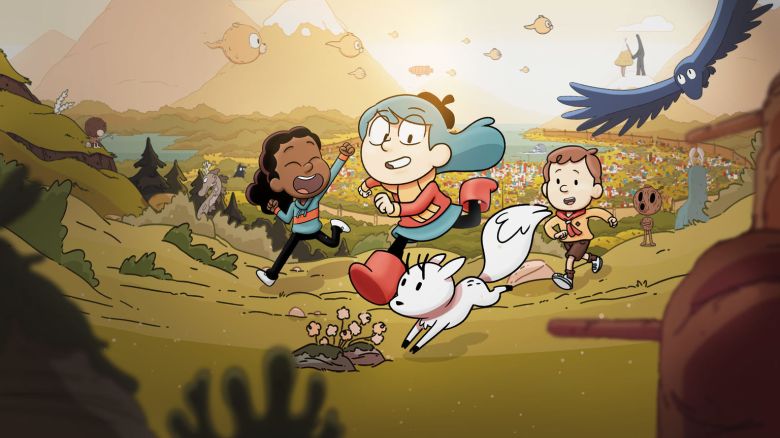 On Wednesday, it was animation’s turn to take center stage, as the Los Angeles branch of the International Animated Film Association, ASIFA-Hollywood, announced the nominations for this year’s Annie Awards.

Also of note are Disney+’s “Lamp Life” and Netflix’s “Hilda,” both of which scored three nominations in TV/Media categories.

A full list of Annie Award nominees can be found here.

The Visual Effects Society announced nominations for the VES Awards on Tuesday and served as a stark reminder of 2020’s lack of blockbuster films. As such, it was streaming service Disney+’s “The Mandalorian” that garnered the most nominations, leading both film and TV with 13 total mentions.

A full list of VES Award nominees can be found here. 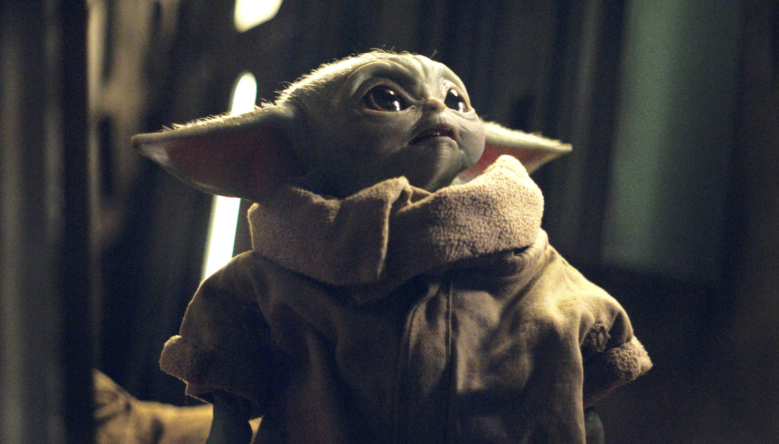 Grogu in “The Mandalorian”

On Monday, the Motion Pictures Sound Editors announced the nominees for the Golden Reel Awards, recognizing the best in sound editing for both TV and film in the past year. Primary among the TV nominees were Netflix’s “The Queen’s Gambit” and “Ozark,” AMC’s “Better Call Saul,” and TNT’s “Snowpiercer,” all nabbing three nominations.

A full list of Golden Reel Awards nominations can be found here.

The Cinema Audio Society also got into the nomination action this past week with the announcement of the CAS Awards for Outstanding Achievement in Sound Mixing for 2020. The organization recognizes seven categories, four specifically aimed at TV, recognizing sound mixing in Non-Theatrical Motion Picture or Limited Series, Television Series – 1 Hour, Television Series – 1/2 Hour, and Television Non-Fiction, Variety, or Music Series or Specials.

Again, despite only having one category in which to make its mark, it was “The Mandalorian” that came out ahead of the TV pack, getting a double nod in half-hour TV series. Besides squaring off against itself, the Star Wars series will compete with Netflix’s “Dead to Me,” ABC’s “Modern Family,” and Apple TV+’s “Ted Lasso.”

A full list of CAS Awards nominations can be found here.