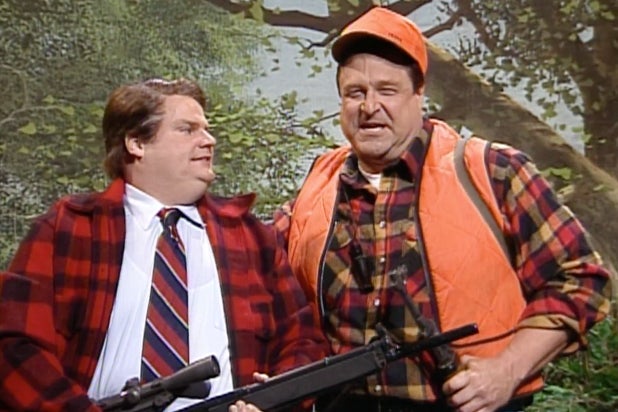 Rush Limbaugh never shied away from controversial comments and as such, “Saturday Night Live” seemed to never miss an opportunity to poke fun at him. The conservative and often polarizing radio host, who died Wednesday from lung cancer, has been impersonated over the years by the likes of Chris Farley, Dan Aykroyd and Taran Killam. For your enjoyment, we’ve rounded up all of the Rush Limbaugh sketches of “SNL” yore.

On May 7, 1994, “SNL” great Chris Farley took on impersonating Limbaugh with John Goodman in a skit called “American Sportsman Today”. The skit depicted a show from the National Rifle Association “dedicated to the deadly art of hunting with semi-automatic weapons” and Farley, as Limbaugh, declared “it simply does not get any better than this!” after shooting numerous rounds of pretend fire at a deer.

Watch the clip at NBC.com here.

On March 25, 1995, Dan Aykroyd played Limbaugh in a sketch called “Rush and Howard” where Akyrod’s Limbaugh played opposite Michael McKean’s Howard Stern and steals his entourage. Unfortunately, no clip of this sketch exists online, but you can find an at least find an image of Aykroyd’s impression, which looks pretty great. 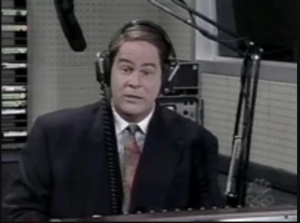 In a Weekend Update sketch from October 4, 2003, Tina Fey brought up both Limbaugh’s racial remarks towards Philadelphia Eagles quarterback Donovan McNab and his drug issues. Played by Jeff Richards, “Limbaugh” appeared on the Weekend Update deck and hand-waved his issues, scoffing and declaring “you can’t hurt Rush Limbaugh!”

In a cold open from March 10, 2012, Taran Killam impersonated Rush Limbaugh following the 2012 Sandra Fluke controversy. (Limbaugh called Fluke a “slut” for advocating for birth control.) The opening was a parody of his radio show as Killam mocked the fact that Limbaugh had lost some of his sponsors, bragging how he’d replaced them with sponsors like “Sherman’s Imitation Mayonnaise” and “Barney’s Butt Crack Balm.”