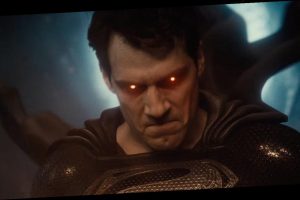 For those unaware of what the Snyder Cut is: During production of 2017’s Justice League, it was announced that Snyder had to step away to deal with a family tragedy and Joss Whedon would step in to direct reshoots and help steer the film to completion. But following dismal reviews and the exit of at least one star from the DCEU, fans rallied to release Snyder’s cut of the film — as Snyder stoked hype that he did, in fact, have his own cut.

Snyder previously called his version “an entirely new thing,” promising audiences who saw the theatrical cut of Justice League “probably saw one-fourth of what I did.” Now, he will release his own cut as a four-hour epic, including a new score by Junkie XL, new special effects and newly shot footage.

“I want to thank HBO Max and Warner Brothers for this brave gesture of supporting artists and allowing their true visions to be realized. Also a special thank you to all of those involved in the Snyder Cut movement for making this a reality,” he said when the project was announced last year.

Sunday’s trailer was heralded by a number of sneak peeks, including a 30-second first look introducing the movie’s new big bad, Darkseid, and an especially moody teaser trailer:

As for how much of an improvement Zack Snyder’s Justice League will ultimately be is TBD. But we’ll find out when “Zack’s ultimate vision” is unleashed on us on March 18 on HBO Max. Zod help us all.