Home » TV & Movies » What's New on Paramount Plus in April

What's New on Paramount Plus in April

Each product has been independently selected by our editorial team. We may receive commissions from some links to products on this page. Promotions are subject to availability and retailer terms.

The ViacomCBS streaming service has officially launched and with the excitement over its arrival comes a slew of new programming to dig into.

From the latest SpongeBob SquarePants movie, Sponge on the Run, featuring cameos by celebrities like Keanu Reeves and Danny Trejo, to the Real World reunion series with the original New York cast back at the same SoHo loft from season 1 to the premiere of the true-crime comedy docuseries For Heaven’s Sake (think real-life American Vandal), there’s something for everyone!

Of course, we can’t forget the thousands of shows and movies in the Paramount+ library just waiting to be streamed, including all your favorite current TV shows (The Good Fight, Star Trek: Picard) to the tried-and-true classics (I Love Lucy, Star Trek universe). Paramount+ is also aiming to premiere at least one reality show every month.

There’ll also be plenty to look forward to in the coming weeks and months, as Paramount+ is your No. 1 destination for all things entertainment. With anticipated movie releases such asMission: Impossible 7andA Quiet Place IIarriving on the streamer 30 to 45 days after their theatrical release, what’s not to love? Plus, there is a wealth of star-led TV shows headed to Paramount+, like Yellowstone spinoffs Y: 1883 and Jeremy Renner’s 6666, the iCarly revival, the anticipated The Offer, about the making of The Godfather, and Kelsey Grammer’s return as Dr. Frasier Crane.

For more on what’s now streaming (and what’s still to come) on Paramount+, check out the list below.

It’s the final chapter of Liza Miller’s story. It’s been a long wait between seasons for fans of Younger, especially after that jaw-dropping proposal cliffhanger. Will Liza say yes to Charles’ impromptu marriage proposal? Series star Sutton Foster seems to think the answer is complicated. When the series returns April 15 with the first four episodes on Paramount+ (subsequent episodes drop weekly), Liza’s personal life is on shaky ground as she tries to stay true to herself. And after a setback at work, Kelsey doubts her career decisions and discovers a new creative outlet. Meanwhile, Maggie gets canceled. 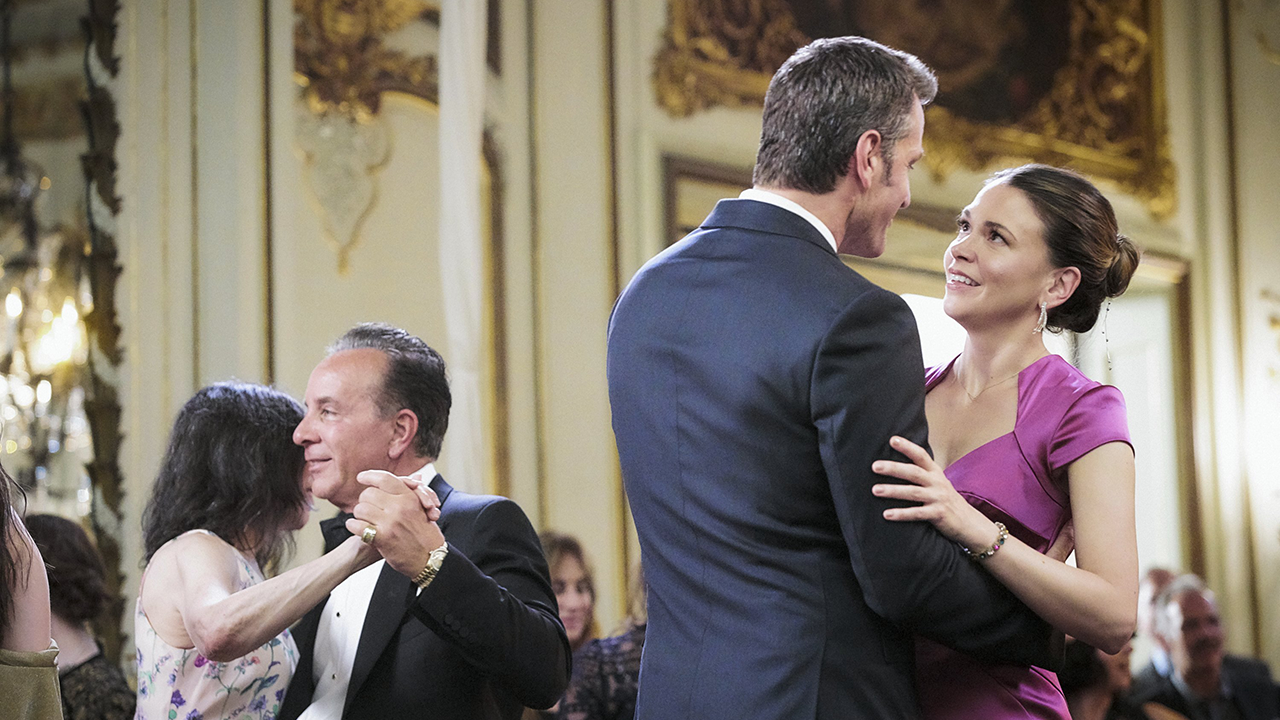 The half-hour comedy goes animated for the upcoming fourth season, which drops April 8. This season, Special Agent Nick Cullen (Patrick Brammall) finally realizes his dream of joining the FBI, only to quickly discover being an FBI “special agent” isn’t what he expected it to be. When he’s assigned to a seemingly dull observation detail, he finds a potential career case in the form of an emerging cult, and when a large scale operation takes aim at the cult, it’s unclear which side will break first. Despite the promotion, Cullen’s path continues to cross with former partner Judd Tolbeck’s (Tim Meadows), who is also adjusting to life with a new partner of his own. 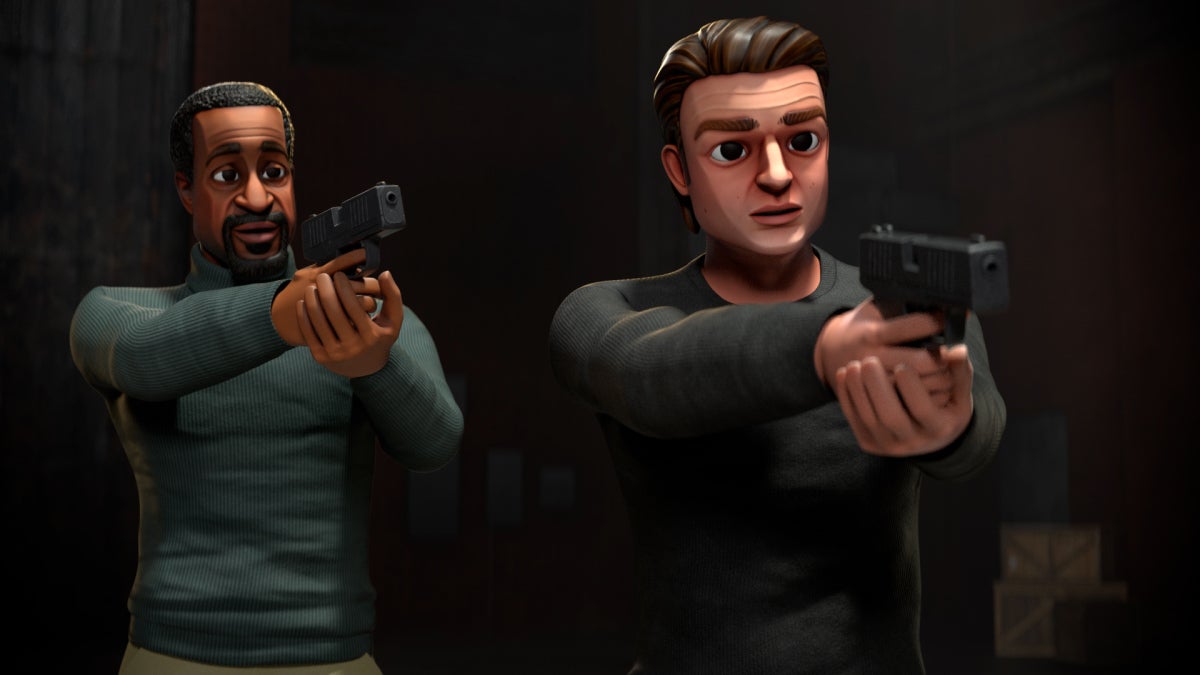 The series, from executive producers of American Vandal, blends comedy with crime docs as it follows the search for Harold Heaven, who mysteriously disappeared from his remote cabin in Ontario, Canada, in the winter of 1934. Eighty-five years later, his great-great-nephew, Mike, attempts to solve this coldest of cold cases, with the help of his extended family and true-crime-obsessed best friend, Jackson. 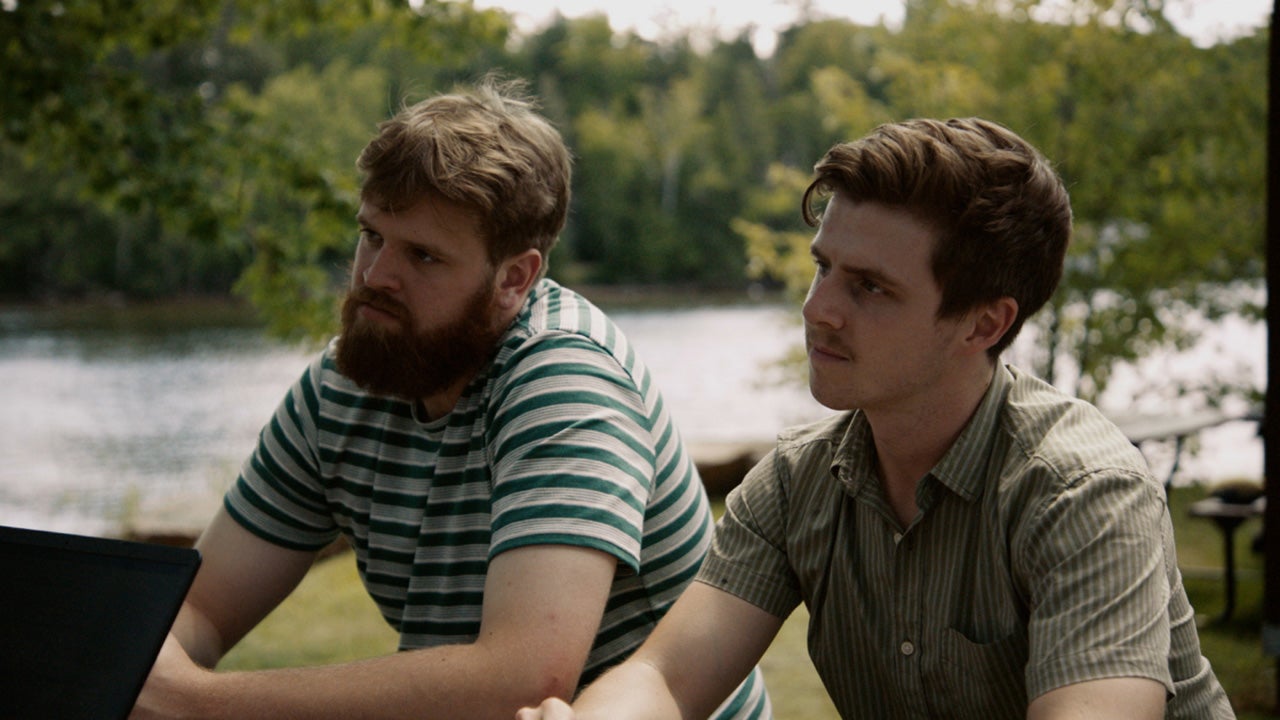 A prequel to the original SpongeBob SquarePants series, Kamp Koral takes viewers back in time, when SpongeBob and his friends were kids meeting at their undersea camp for the first time. 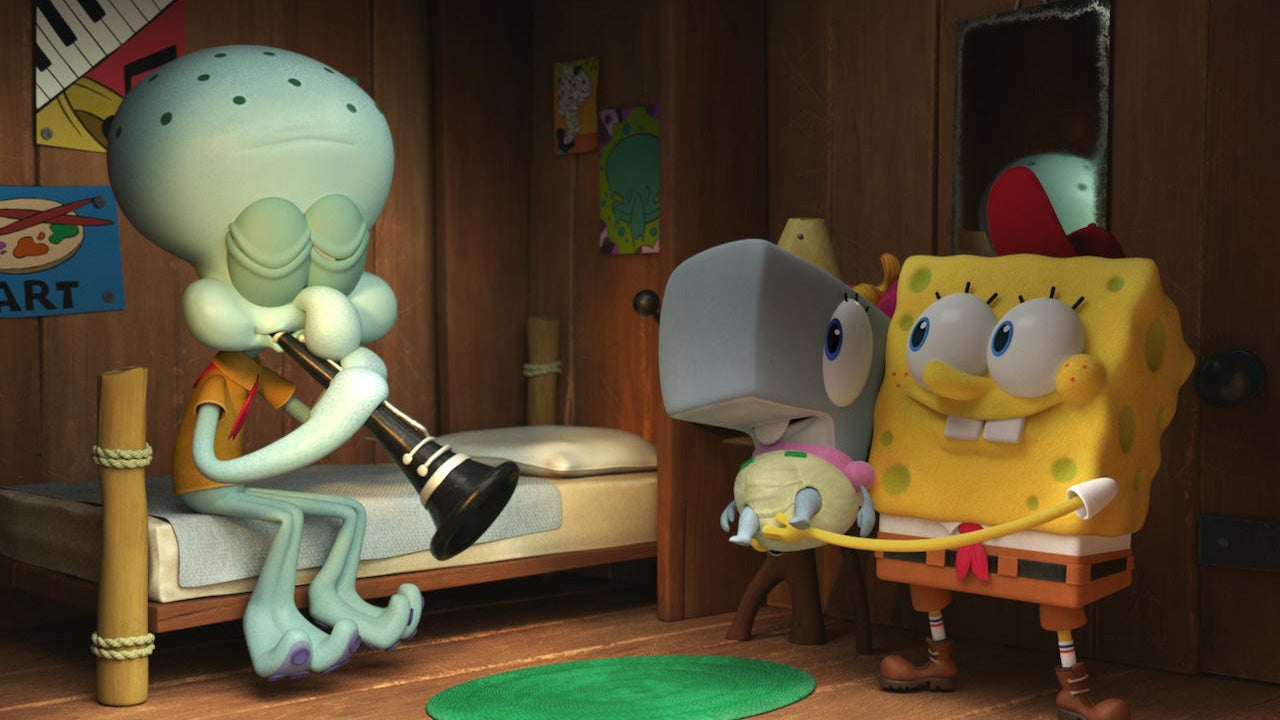 Real World Homecoming reunites all seven members of the original cast in the same New York City loft, as they revisit the shocking moments and explosive issues that transpired during the historic 1992 season and discuss how they parallel in today’s social climate. Becky Blasband, Andre Comeau, Heather B. Gardner, Julie Gentry, Norman Korpi, Eric Nies (who won’t be present in the loft) and Kevin Powell will look at how the series has changed their lives since the cameras stopped rolling. 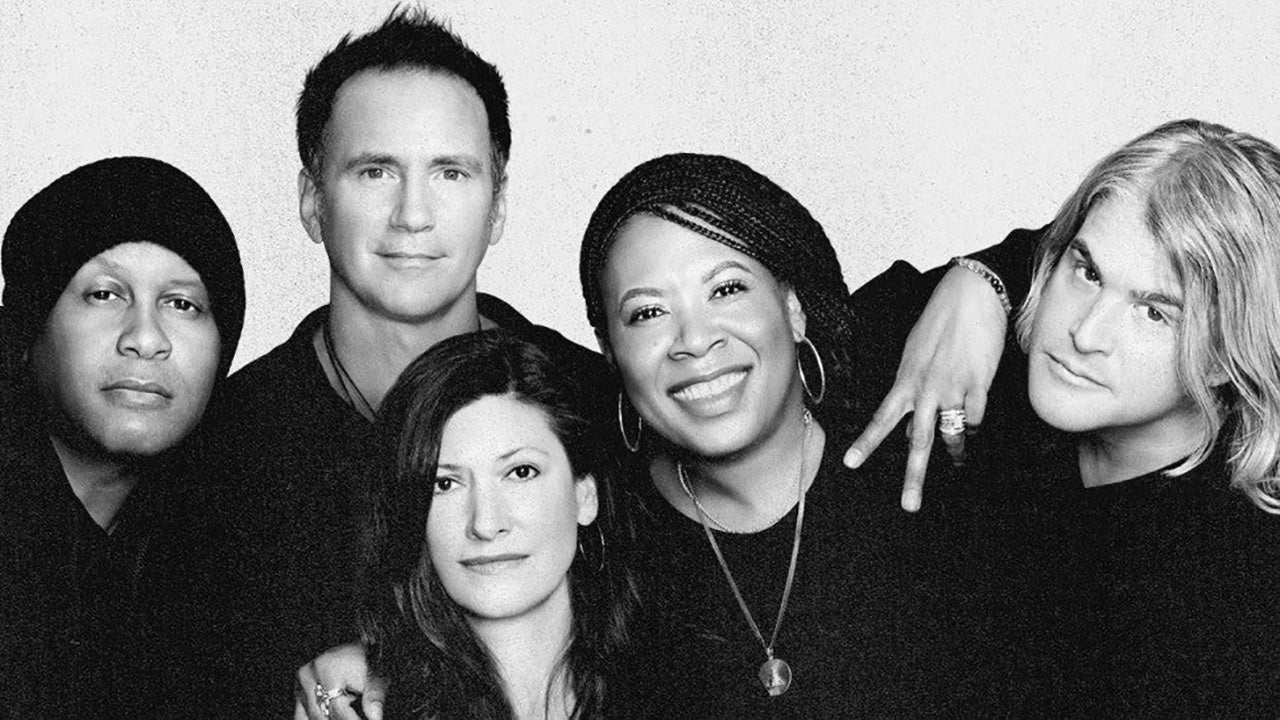 SpongeBob SquarePants: Sponge on the Run

In the latest CG-animated movie, SpongeBob SquarePants, his best friend, Patrick, and the Bikini Bottom gang take on their most epic adventure yet. When SpongeBob’s beloved pet snail, Gary, goes missing, a path of clues leads SpongeBob and Patrick to the powerful King Poseidon, who has Gary held captive in the Lost City of Atlantic City. On their mission to save Gary, SpongeBob and his pals team up for a heroic and hilarious journey where they discover nothing is stronger than the power of friendship. Keanu Reeves, Awkwafina, Danny Trejo, Snoop Dogg and Tiffany Haddish also appear. 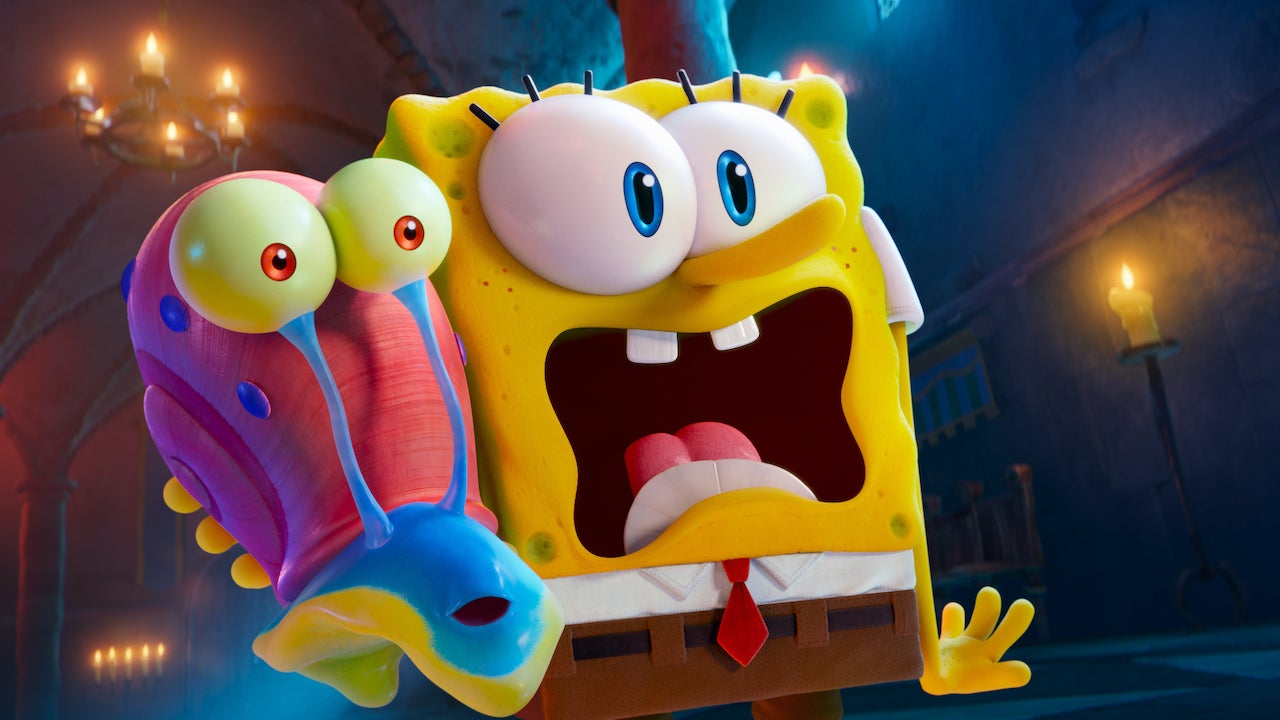 A sequel spinoff of The Good Wife, the series follows Christine Baranski’s Diane Lockhart on her next chapter in her professional career and personal life. 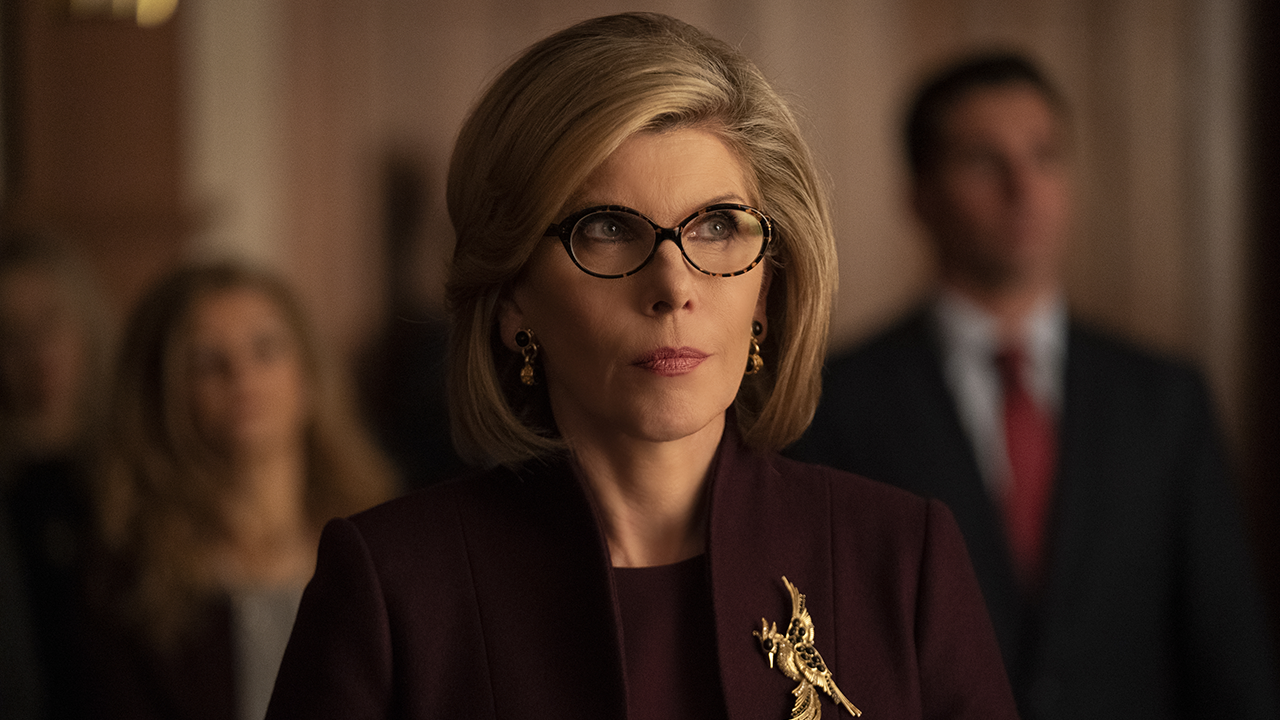 The reality show introduced the world to Snooki, The Situation, JWoww, DJ Pauly D and more as eight housemates live under the same roof in Seaside Heights, New Jersey. The cast traveled to South Beach, Florida, in season 2 and were based in Florence, Italy, in season 4. 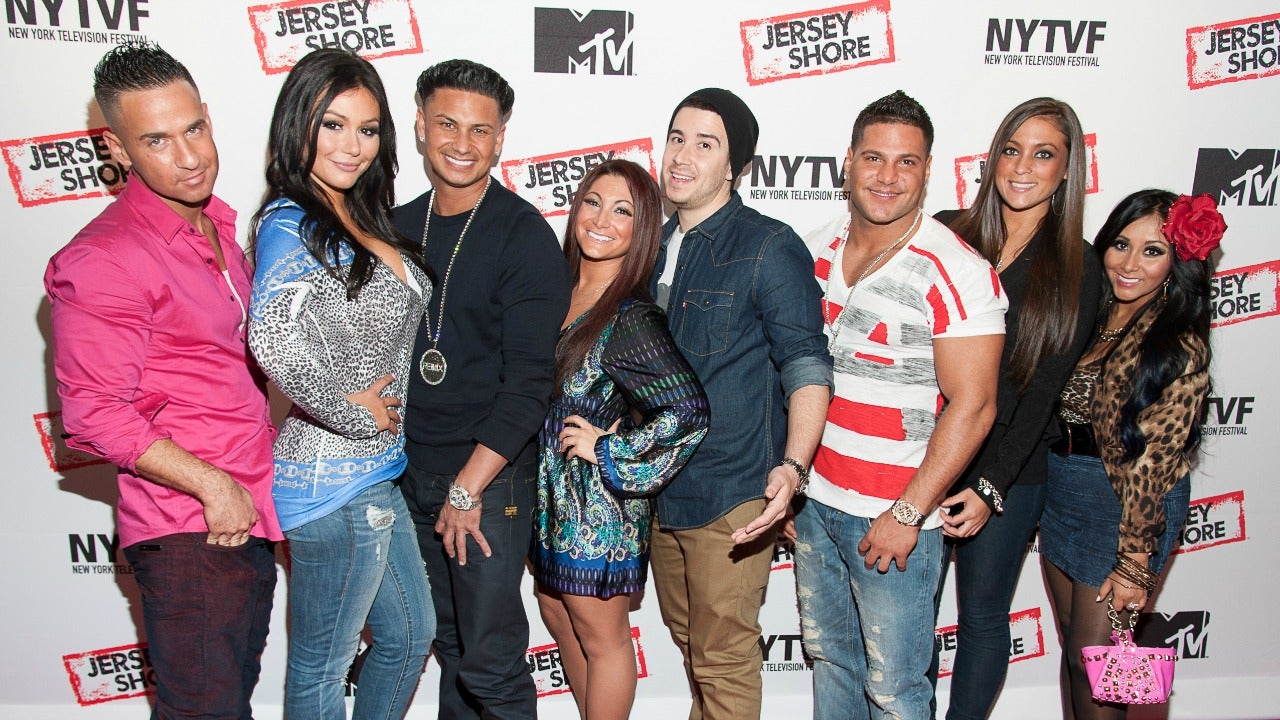 Based on Stephen King’s 1978 novel, the limited series picks up when a virus is leaked from a lab and kills most of mankind. The story is described as King’s “apocalyptic vision of a world decimated by plague and embroiled in an elemental struggle between good and evil.” The prolific author wrote a new coda to wrap up the story. 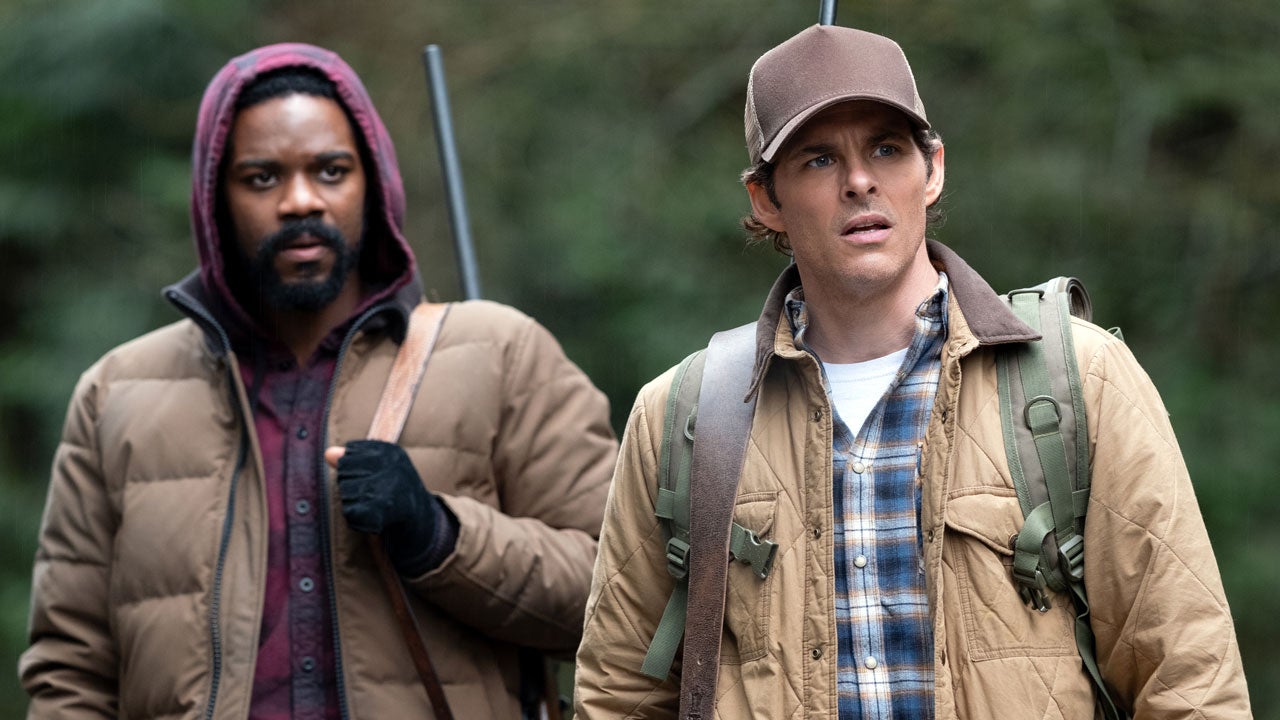 Star Trek goes boldly where no man (or woman) has gone before with its expansive universe, with current hits Discovery, Picard and Lower Decks. 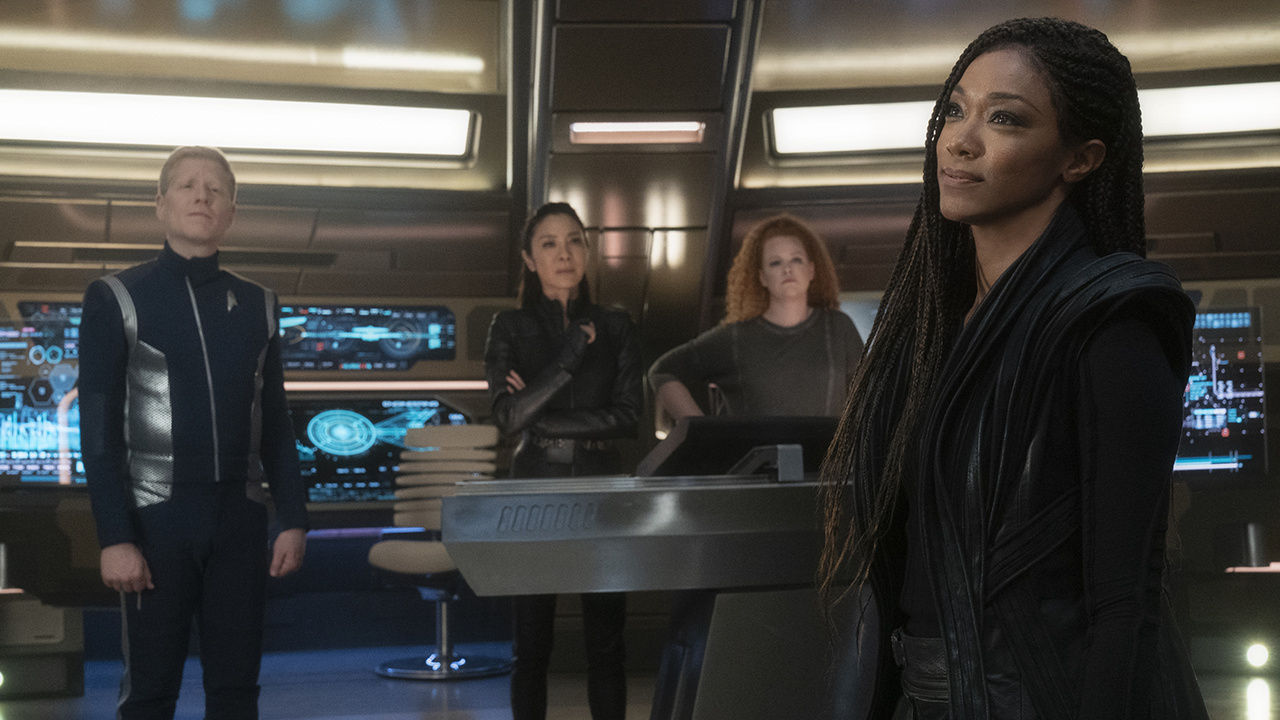 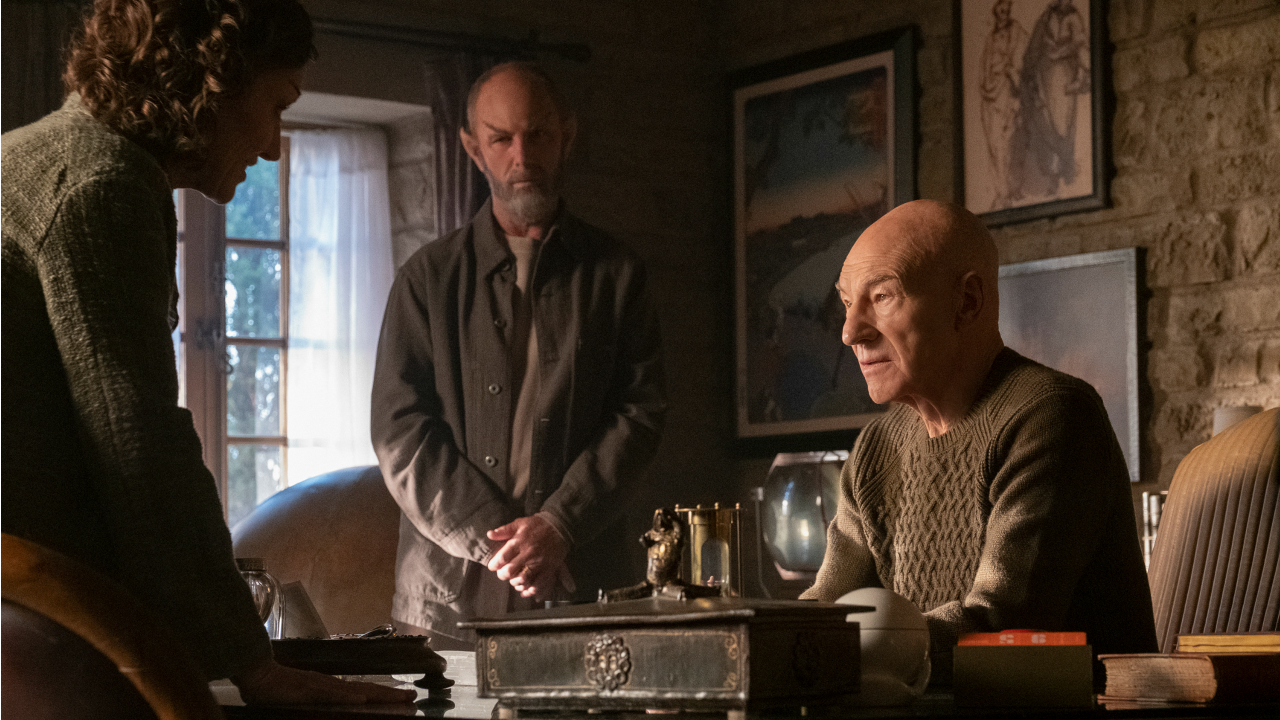 Season 1 was led by Lucy Liu, Ginnifer Goodwin and Kirby Howell-Baptiste, and followed the lives of three women living in three different decades: a housewife in the ‘60s, a socialite in the ‘80s and a lawyer in 2019, each dealing with infidelity in their marriages. The upcoming second season stars Lana Parrilla, Allison Tolman, Nick Frost and Matthew Daddario. The new storylines will be set in 1949 and explore what it means to be beautiful, the hidden truth behind the facades people present to the world, the effects of being ignored and overlooked by society, and the lengths one woman will go in order to finally belong. 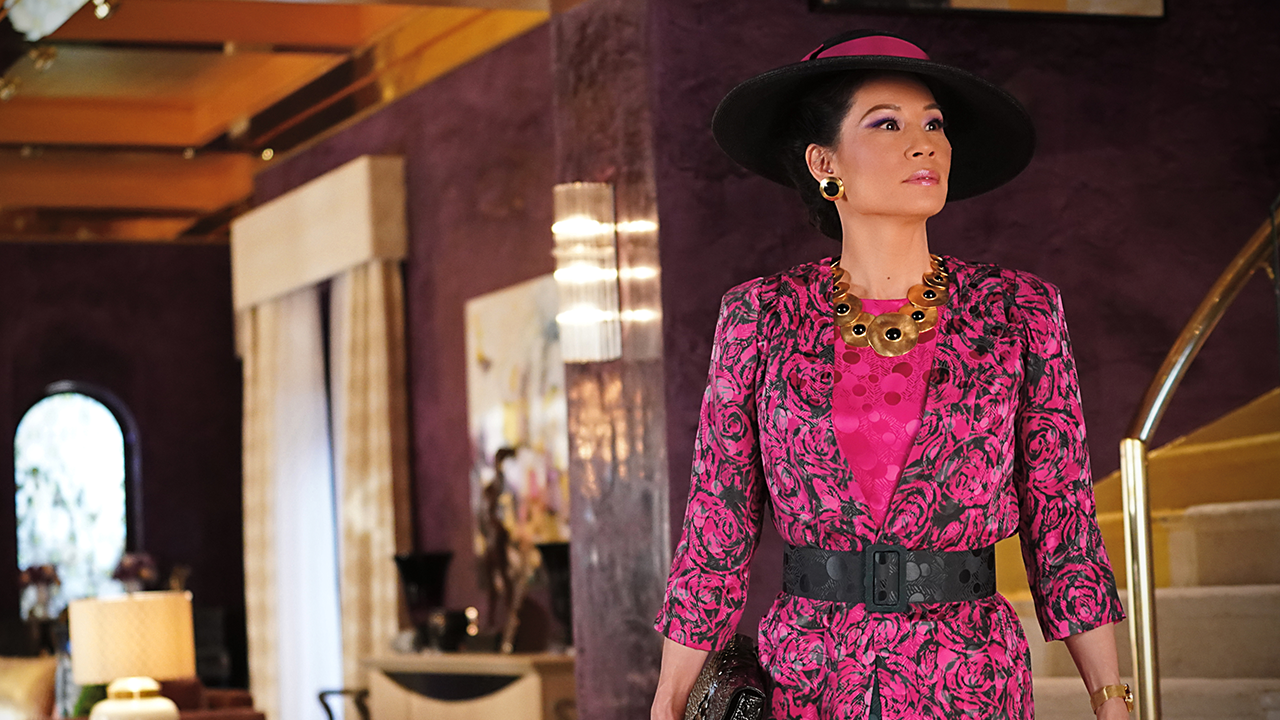 Here’s everything you need to know about Paramount+, how much it costs, what to watch on Paramount+ and more.

ET and Paramount+ are both subsidiaries of ViacomCBS.

To stay up to date on Paramount+ news, sign up for ET’s daily newsletter below.