Analysis of Department for Transport figures by the Local Government Association (LGA) – which represents councils – showed 4.31 billion journeys were made in 2018/19, compared with 4.63 billion in 2014/15.

The LGA spoke to 1,105 people from England, in a survey that suggested that 69% of residents think councils should be the main decision-makers on bus services. 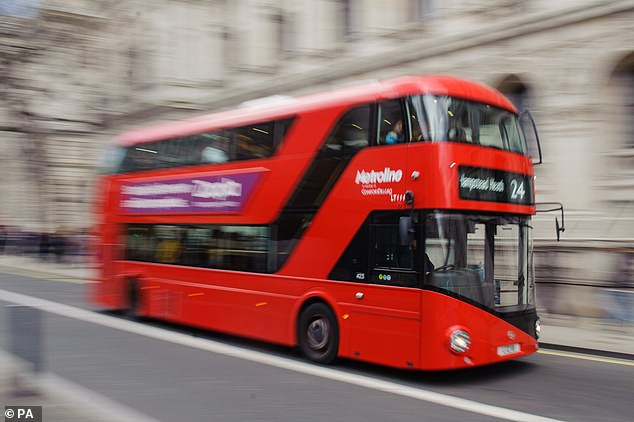 End of the line? Almost half of all current bus routes in England are at risk of being scrapped following a drop in use and the need for greater funding

The organisation believes giving councils oversight of local bus services would enable them to maintain and improve them, as well as protect routes so older and vulnerable people ‘don’t get left behind’.

Earlier this year, it warned that nearly half of routes are at risk of being scrapped due to a lack of funding.

The group claimed that councils are filling a £652 million gap between Government funding for the free bus pass scheme and how much it costs.

Free bus passes for off-peak travel are a legal entitlement for people aged over 65, or those with a disability. 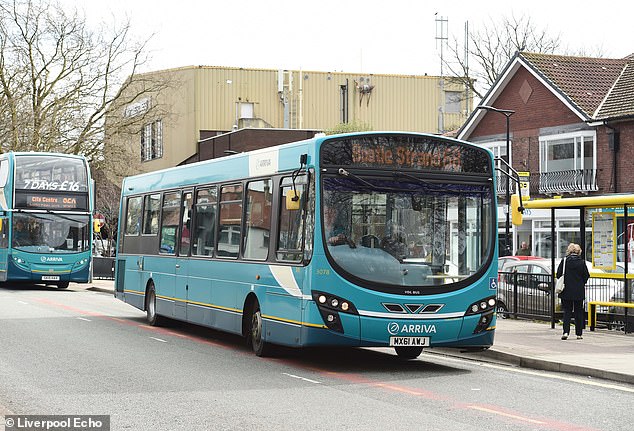 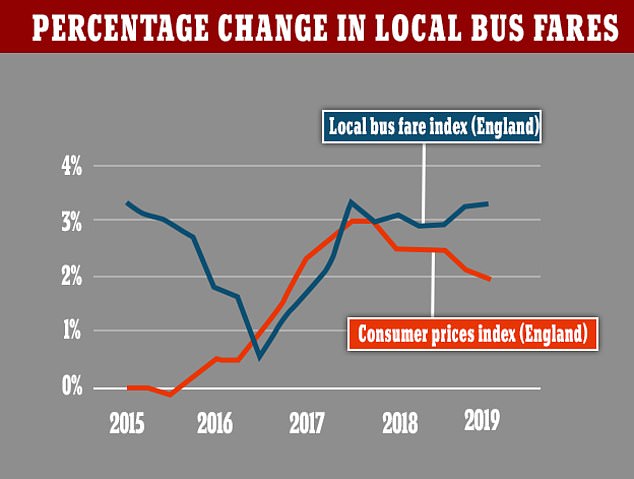 LGA transport spokesman David Renard said: ‘Councils want to protect local bus services, which are a vital service and can be a lifeline for our most vulnerable residents, whether that is to go shopping, collect medication, attend doctor appointments or socialise with friends.

‘The continuing decline in bus journeys emphasises the need to protect bus services and for councils to be able to invest in funding subsidised routes.

‘Not only will this make sure we can provide bus services to those who rely on them, but it can also help to reduce congestion and improve air quality by reducing the number of vehicles on our roads.

‘As our polling also shows, the vast majority of residents want to see councils take control over how bus routes operate in their local area.

‘With proper funding and by giving all councils oversight through automatic franchising powers, councils will be better placed to boost ailing passenger numbers and enable more people to use the bus services they rely on every day.’