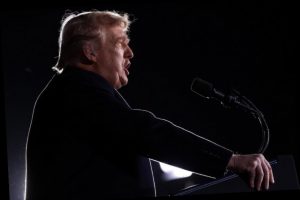 The world is still aghast at how President Donald Trump encouraged yesterday’s seditious actions as his supporters attacked the US Capitol and forced lawmakers to temporarily abandon proceedings to certify the results of the election Joe Biden won.

Doubling down on just how impactful Trump’s weaponizing of the web was on Americans, the chief executive officers behind Twitter =, Instagram, and Facebook have locked out and banned President Trump, marking a dramatic escalation between Silicon Valley and the White House.

“We believe the risks of allowing the President to continue to use our service during this period are simply too great,” Mark Zuckerberg wrote. “Therefore, we are extending the block we have placed on his Facebook and Instagram accounts indefinitely and for at least the next two weeks until the peaceful transition of power is complete.”

This is the most aggressive penalty that any social media company has delivered to Trump over his four-year term, a period in which he has peddled falsehoods, conspiracy theories, rhetoric against Black Lives Matter, attacked critics and spread divisive rhetoric online. On Wednesday, Twitter suspended the outgoing president for 12 hours, but the company’s blockade lifted Thursday morning. Still the president had not yet tweeted.

Today Snapchat followed suit, announcing in a statement, that they will lock Trump’s account for as long as they see fit.

Via White House Director of Social Media Dan Scavino’s Twitter page late last night, Trump released a statement, saying, “Even though I totally disagree with the outcome of the election, and the facts bear me out, nevertheless, there will be an orderly transition on January 20th.” He added, “I have always said we would continue our fight to ensure that only legal votes were counted. While this represents the end of the greatest first term in presidential history, it’s only the beginning of our fight to Make America Great Again!”

Trump, who is now prevented from posting messages to his more than 88 million followers on Twitter and 35 million on Facebook, directed a violent pro-Trump mob to storm the House and Senate Wednesday, forcing lawmakers into a lockdown and causing the deaths of four people — including 35-year-old Ashli Babbitt, a California native and Air Force veteran.

Before her death in the Capitol, she had used her social media to express fervent support for President Trump and echo many of the president’s conspiracy theories and false claims of mass voter fraud.

For years, Trump built his influence amongst the QAnon and far right extremist crowd with posts on Twitter and Facebook. Since losing November’s election, he shifted his focus on the platform to challenge the election results and call out those he deemed as “enemies” as fradulent. In failing to act, the moves by Twitter and Facebook have been looked at as “too little, too late.” If Trump continues to violate the former platform’s policies, however, he will be permanently suspended.

Over the past year, Twitter and Facebook had begun adding labels to President Trump’s false and misleading posts and prevented users from sharing them to limit the spread. Facebook also redirected users to reliable and accurate data. Once Trump is no longer president, according to Twitter, he will be treated like a “regular user.”