Home » World News » Adventurer gets on one knee at top of 7,600ft volcano and proposes

Adventurer gets on one knee at top of 7,600ft volcano and proposes

Height of romance? Adventurer gets down on one knee at the top of 7,600ft volcano and proposes to his girlfriend

Climbing to the edge of an active volcano would be exciting enough for most.

But this romantic boyfriend decided to take things one step further and planned a surprise proposal for his girlfriend, Alison, once they had reached the volcano’s rim.

The couple were climbing their first volcano, Mount Bromo in Indonesia, when Jarod popped the question.

The pair, who are from Canada, trek from ground level up the side of the volcano until they finally reach the very top and start walking along its narrow ridge. 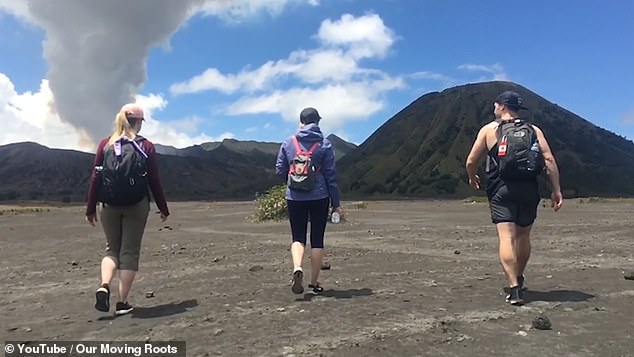 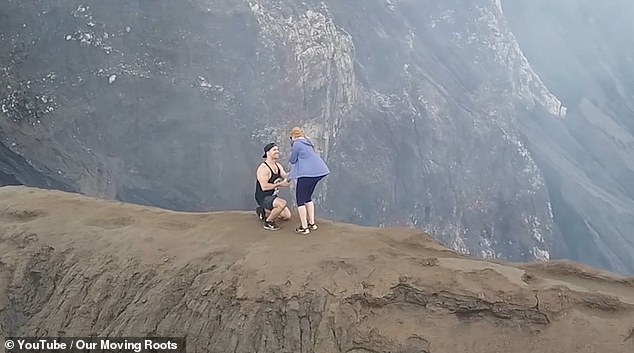 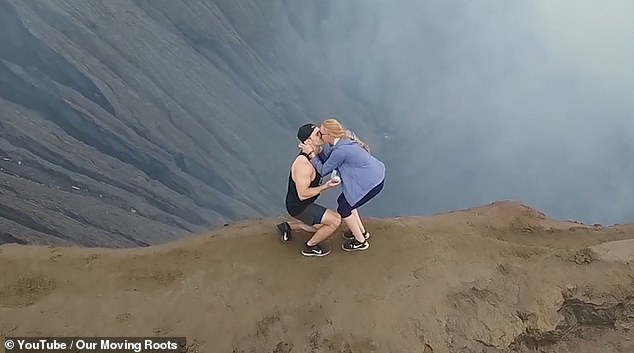 Drone footage then reveals the moment Jarod drops down on one knee and holds out an open box with an engagement ring inside it.

Alison is clearly taken aback and immediately puts her hands up to her mouth in shock.

Staring at Jarod in disbelief, Alison wraps her arms around him as the couple kiss.

Underneath the video, which the couple posted to YouTube, Jarod wrote: ‘February 6, 2019, was already planned to be a special day as we were climbing out first ever volcano. 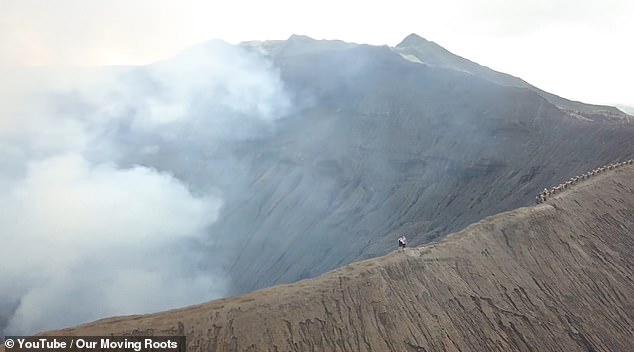 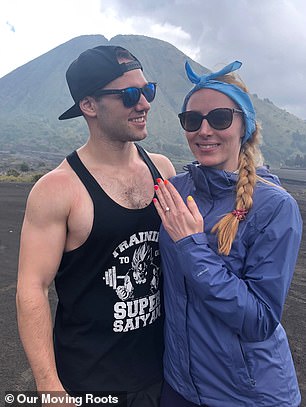 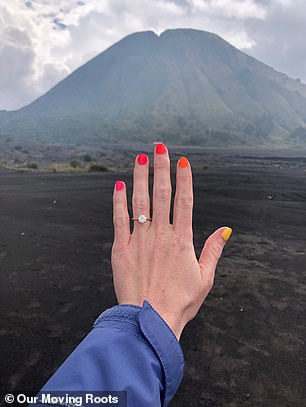 The pair, who are from Canada, met on a Teacher Education Program in Ottowa and have been inseperable ever since

‘However, little did Alison know, the day would turn out to be incredibly special for another reason.

‘While walking atop the crater rim, hearing the deep rumble down below and stunning 360 landscape views, I got down on one knee and asked the love of my life to marry me. 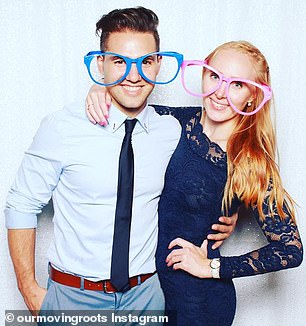 The loved-up couple run a travel blog together, Our Moving Roots, which focuses on the idea that in life people are meant to be in constant motion and planting ‘new roots’

‘She was so shocked and couldn’t believe it was really happening.

‘After some tears of joy, a big “yes”, and some kisses, Alison quickly said she needed to get off the volcano as she couldn’t process both of these things happening at the same time.

‘We feel so lucky to have found each other in this adventure called life and there is no one else we’d rather be beside.

‘Thanks to our friends Jenny and Stu for capturing the moment and helping make this all happen.’

After meeting on a Teacher Education Program in Ottowa the couple, who share a love for travel and physical activities, have been inseparable.

The loved-up couple run a travel blog together, Our Moving Roots, which focuses on the idea that in life people are meant to be in constant motion and planting ‘new roots’.