Madrid: The leader of the Jewish community in Porto has been arrested amid an inquiry into how Russian billionaire Roman Abramovich obtained Portuguese citizenship last year under a law granting nationality to descendants of Sephardic Jews from the country.

Rabbi Daniel Litvak, leader of the Jewish Community of Oporto (CIP), was arrested at Porto’s airport as he was preparing to travel to Israel. He appeared before a judge in Lisbon yesterday, had his passport removed and was told to report periodically to a police station while the investigation continues, the news agency Lusa reported. 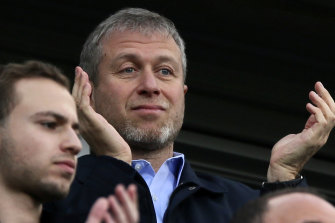 According to media reports, the rabbi is suspected of “forging documents and corruption” in connection with the CIP’s vetting of thousands of applicants for nationality under the law, which requires proof of Sephardic origins and knowledge of Sephardic culture.

The name Abramovich is generally associated with the Ashkenazi Jewish diaspora, and there have been few cases of Sephardic Jews settling in Russia. Alexey Navalny, the jailed dissident rival to Russia’s President Vladimir Putin, has claimed that Abramovich used his wealth to buy nationality from the Portuguese authorities.

In a series of tweets posted in December, when news emerged that Abramovich had acquired a Portuguese passport to add to his Russian and Israeli documents, Navalny said the billionaire had “finally managed to find a country where you can give some bribes and make some semi-official and official payments to end up in the EU”.