Amazon customers are being urged to shop for their Christmas presents early in an effort to avoid shipping delays amid the festive period.

The multinational giant, which is valued at $1.5 trillion, has asked consumers to order early as coronavirus restrictions force more shoppers to purchase their presents online.

It comes after the online giant employed nearly 250,000 staff at its warehouses and added an extra 100,000 temporary staff to its workforce to help its Christmas operation this year.

Amazon has urged customers to shop for their Christmas presents early as more customers shop online amid the pandemic. (Stock image)

Brian Olsavsky, Amazon’s finance chief, explained that the retailer would be ‘stretched’ this year and it would be ‘advantageous to the customer and probably to the companies’ for orders to be put in early, Bloomberg reported.

He said: ‘We’ll all be stretched and it’s advantageous to the customer and probably to the companies for people to order early this year.’

Amazon began offering its Christmas deals in mid-October and also extended its returns window through to the end of January in a move analysts believe would relive further strain on its delivery system.

Andy Taylor, director of research at the marketing agency Tinuiti Inc., told Bloomberg: ‘Amazon has ramped up its capacity significantly since the start of the pandemic, but even its impressive capabilities will be put to the test during a holiday shopping season taking place during a pandemic.’

This week it was revealed that shoppers were already flocking to DIY stores and supermarkets across the UK as they prepared for the festive season.

While Tesco noted they were running out of Christmas delivery slots, Asda revealed that sales over the three months to September 30 had increased by 2.7 per cent.

It comes a month after the supermarket chain agreed to be taken over by petrol forecourt firm EG Group and private equity firm TDR Capital in a £6.8 billion deal.

The chain said the increase in total sales over the three months was driven by ‘strong’ sales in its core grocery business, back-to-school clothing and online shopping. 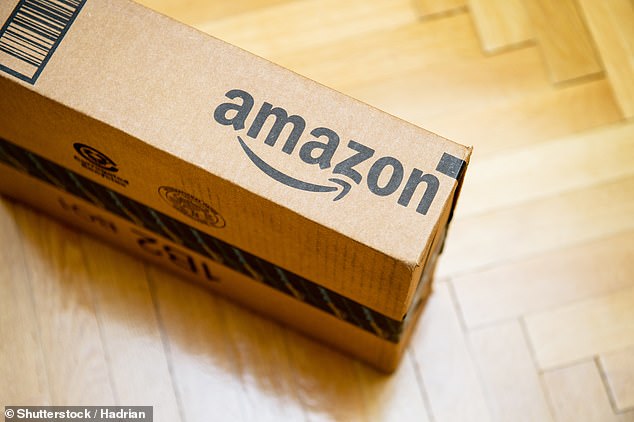 The multinational giant has hired nearly 250,000 staff at its warehouses this year and added an extra 100,000 temporary staff to its workforce. (Stock image) 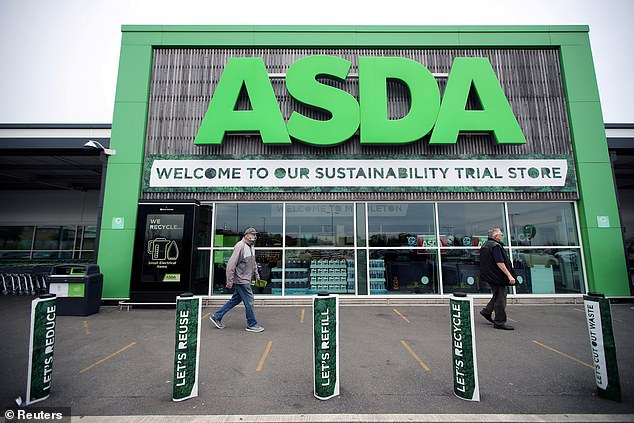 Asda has revealed that sales have soared by 2.7 per cent during the second lockdown 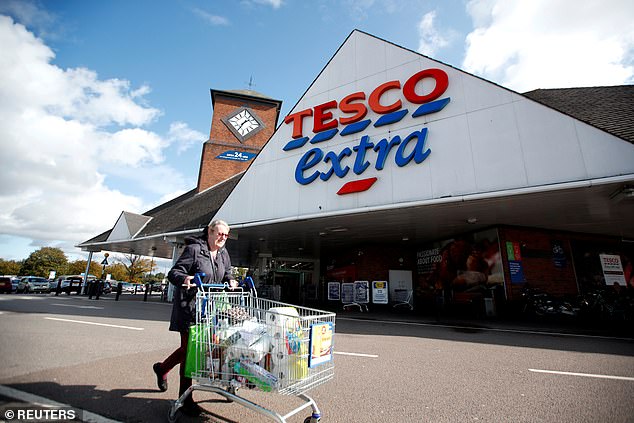 ‘We have already seen a marked shift in buying patterns with customers stocking up their freezers and cupboards with festive essentials earlier than ever before, which suggests they are getting used to expecting the unexpected but preparing to enjoy themselves as much as possible.

‘Whatever happens during the next few weeks, we are totally focused on delivering a great Christmas for our customers during these uncertain times.’

Last week Tesco was forced to install an online queue system after its website struggled to cope with the high demand.

A Tesco spokeswoman said: ‘Demand for online slots over the festive period is high, and we have more slots this Christmas than ever before.

‘We experienced high volumes of traffic to our website and groceries app this morning and temporarily limited the number of customers using it.

‘We’ve now removed the waiting room and customers will be able to log straight on.

‘We’re sorry for any inconvenience this caused and would like to reassure customers that there are still slots available for home delivery and click and collect over the Christmas period.’