AUSTRALIA has recorded its deadliest day of the coronavirus pandemic so far after 17 people died in Victoria.

Officials in the hard hit state revealed ten of Saturday's new deaths were linked to care homes for the elderly. 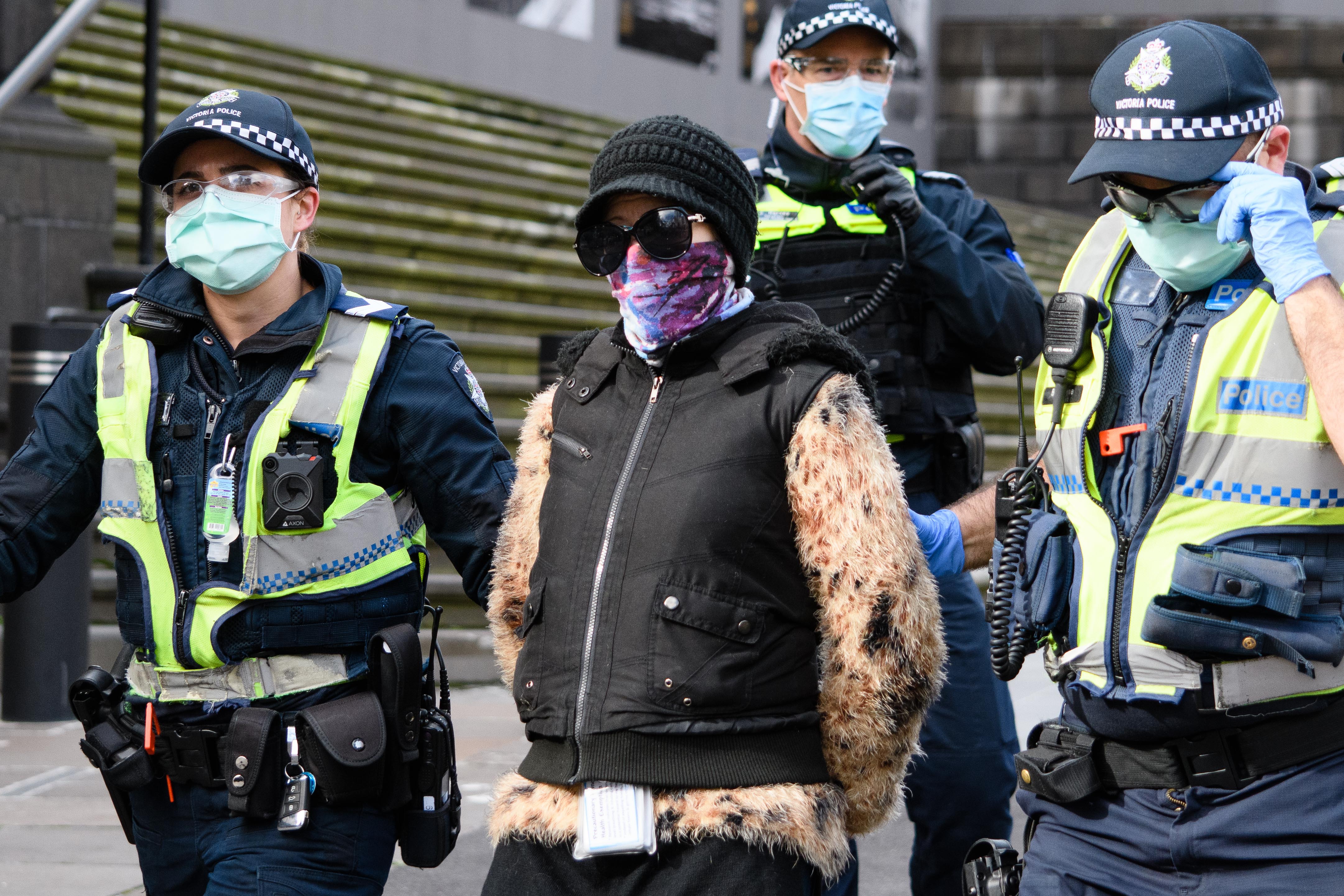 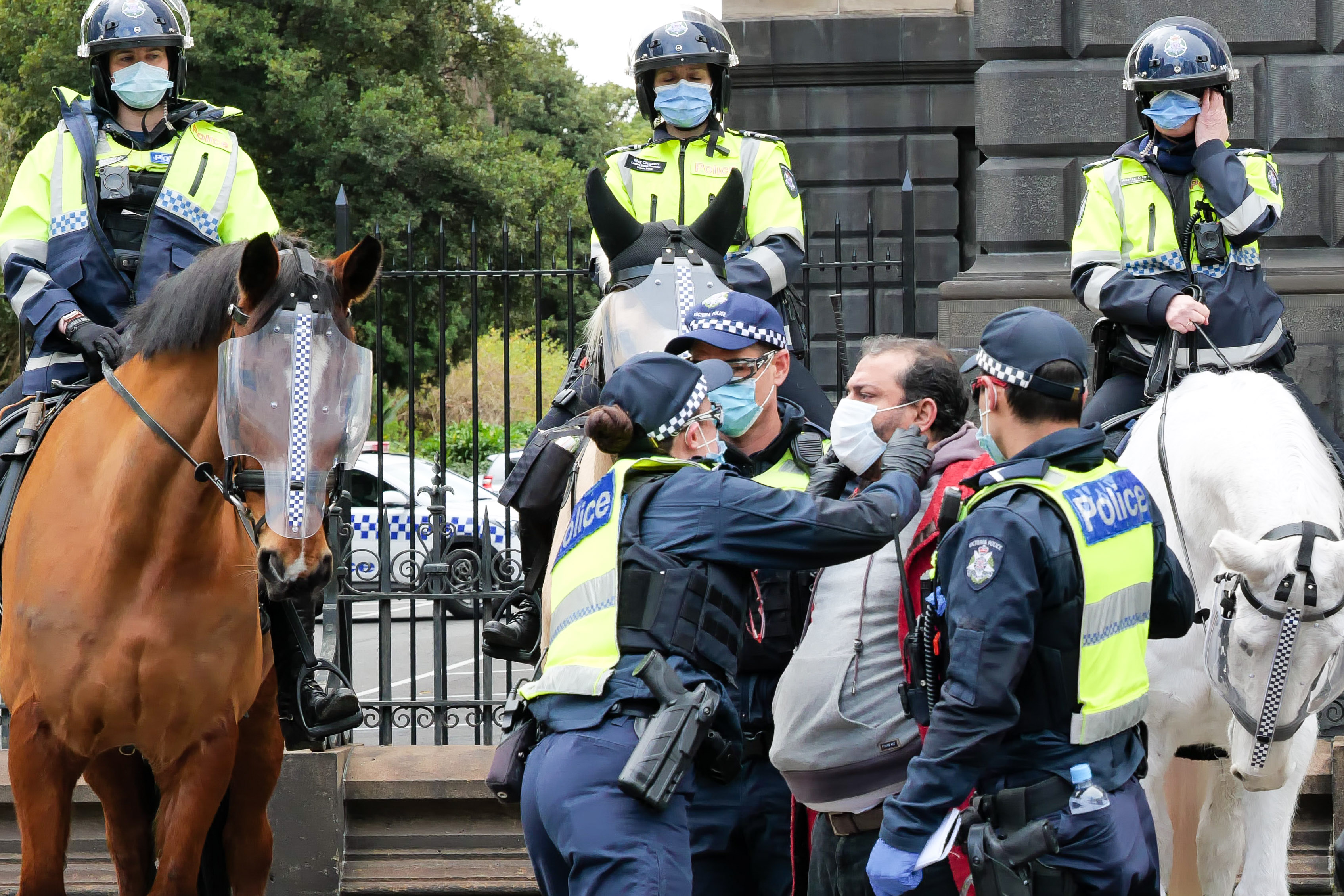 The shocking news came as police thwarted a planned anti-mask rally in the state capital of Melbourne.

Cops on horseback were quick to tackle any locals out on the streets without a valid reason.

And those caught without masks were arrested or issued with on-the-spot fines.

Victoria, at the centre of a second wave of infections in Australia, reported 394 cases of the novel coronavirus over the past 24 hours.

That is compared with a daily average of 400-500 over the past week.

The southeastern state, with infections concentrated in Melbourne, accounts for a lion’s share of the national tally of more than 21,000 and 295 deaths. 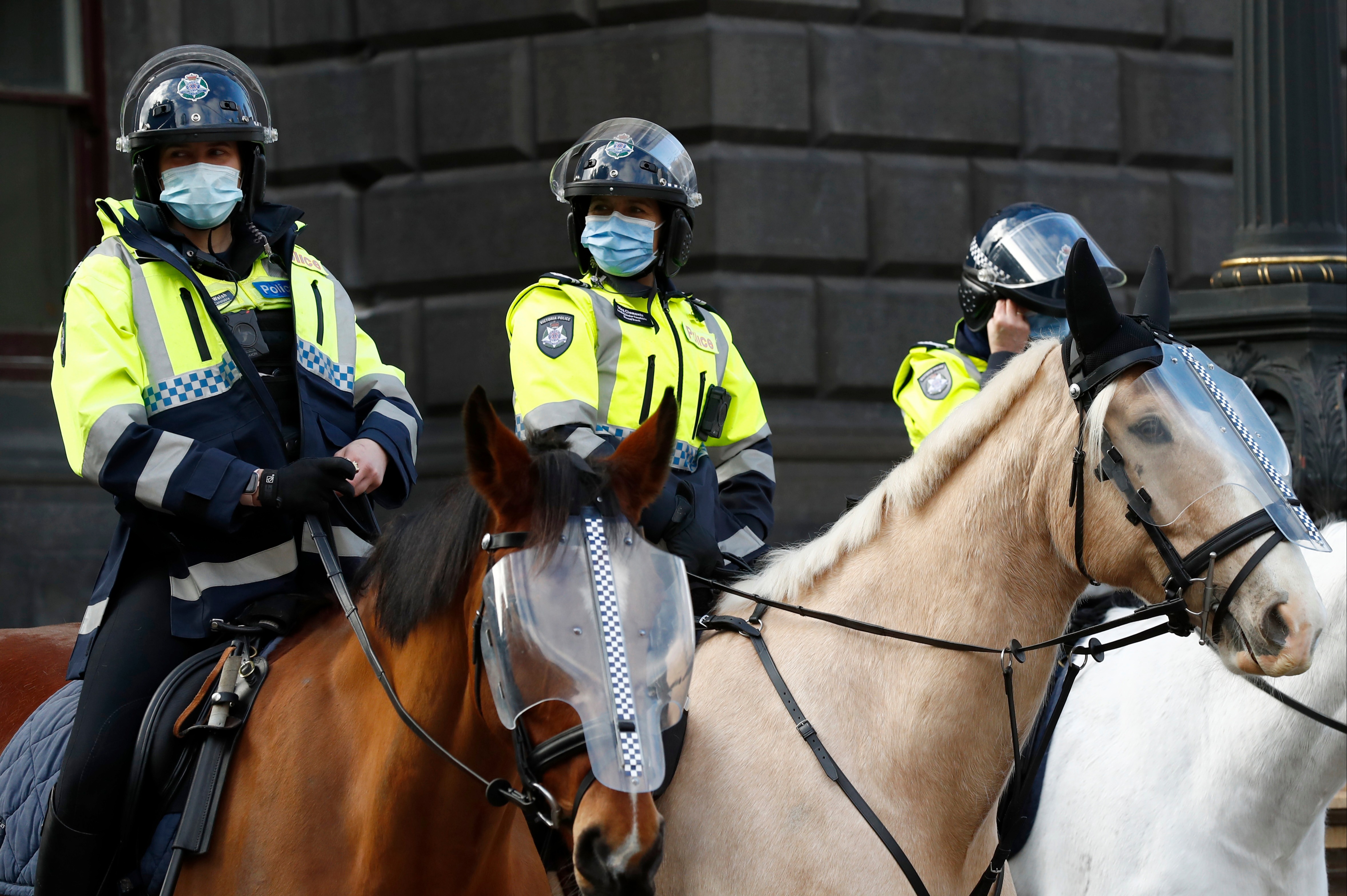 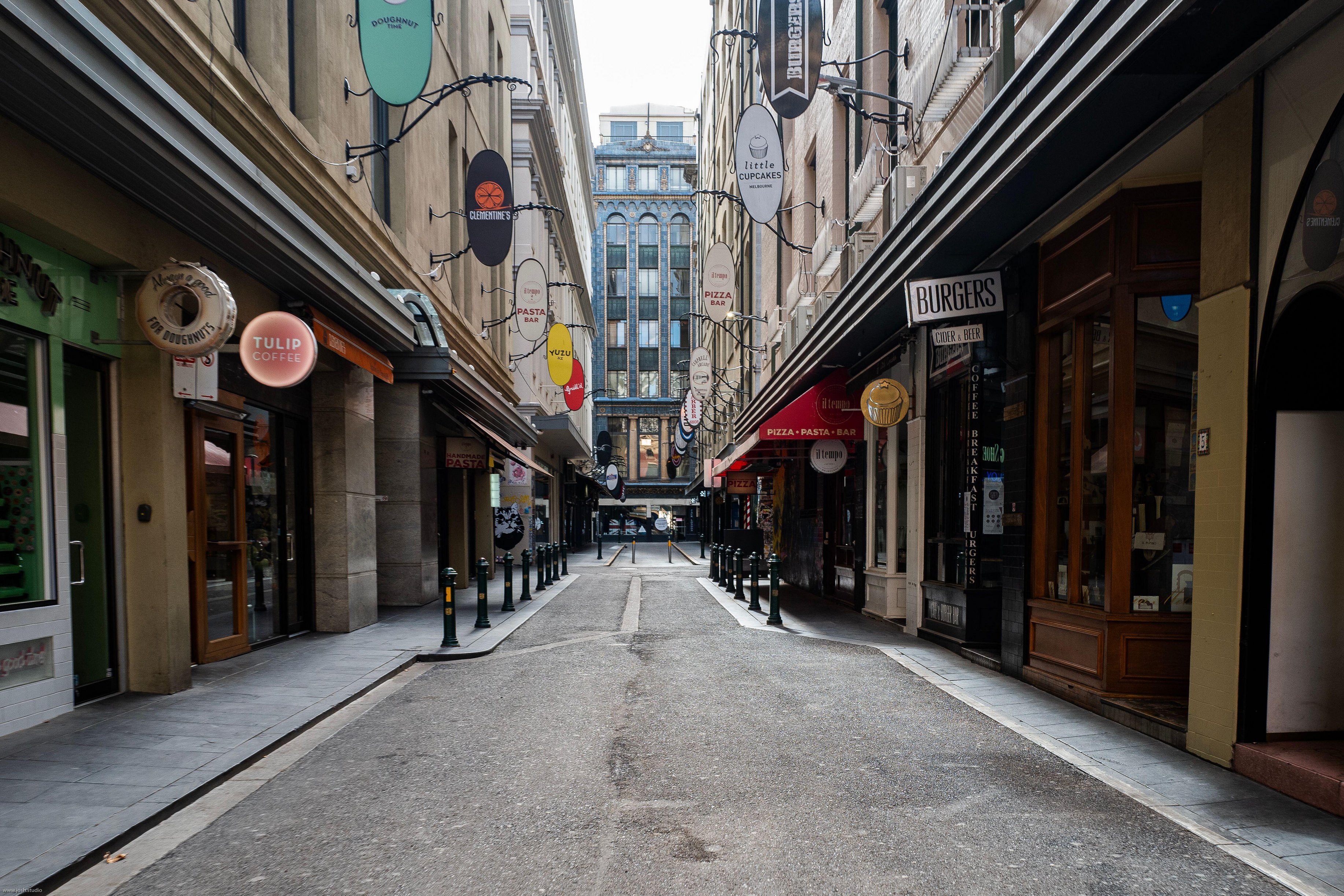 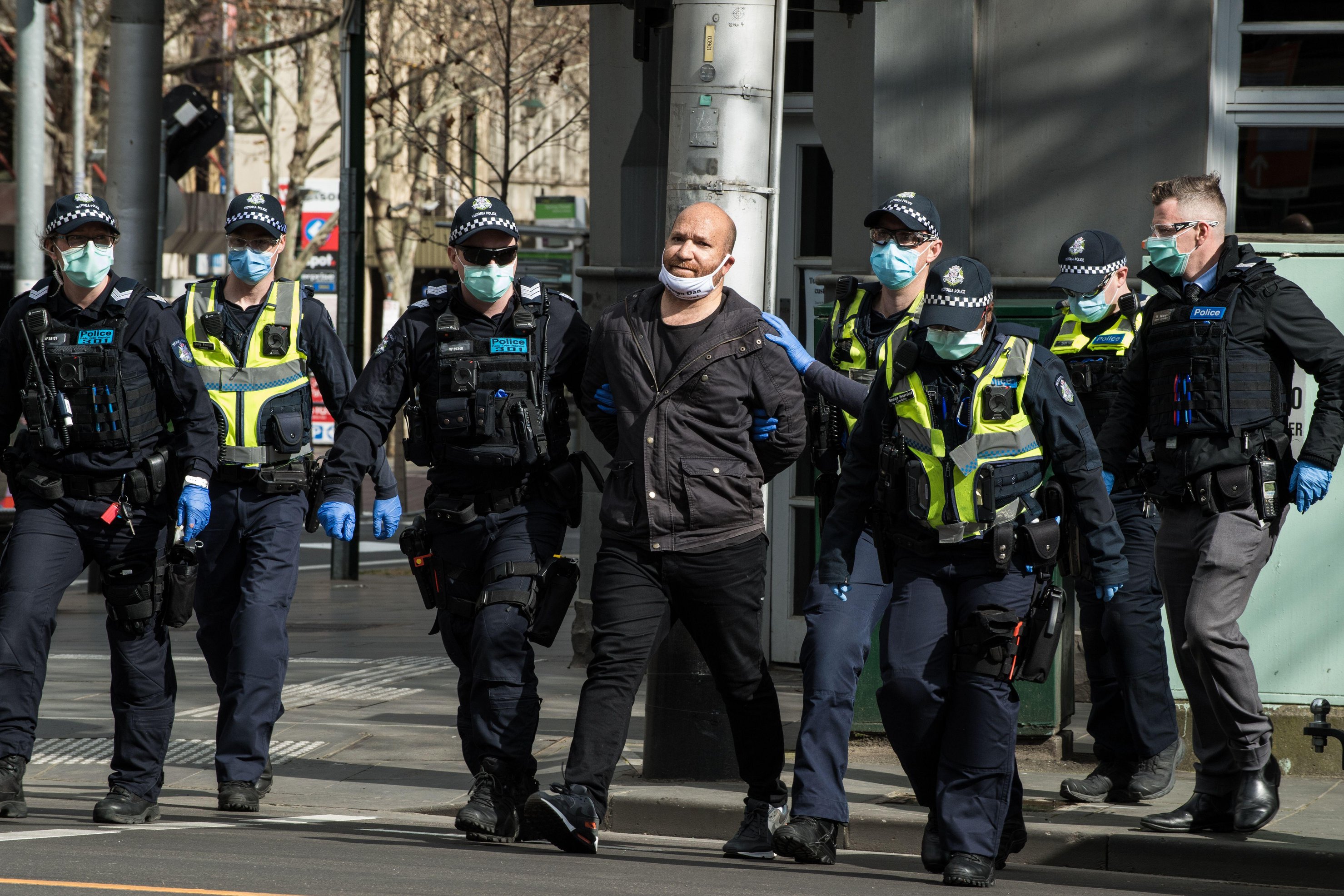 In an effort to slow the spread of coronavirus, Victoria has imposed a night curfew, tightened restrictions on people’s daily movements and ordered large parts of the economy to close.

Those measures have helped, although the situation remains challenging, as cases with unknown sources of infection continue to increase, revealed Victoria Premier Daniel Andrews.

“Even large numbers in known contained outbreaks are, to a certain extent, less significant than the smaller number of cases where we simply can’t find the circumstance or point of origin,” said Andrews.

“They’re the ones that are incredibly challenging from a containment point of view.”

Victoria’s coronavirus reproduction rate is around 1, meaning each infected person is passing the virus on to at least one other person.

“We have to drive that down, so that every third or fourth person who has it is infecting someone else. That’s where we’ll see the numbers halve and halve again and become more manageable,” Andrews said.

“That will essentially take time.” 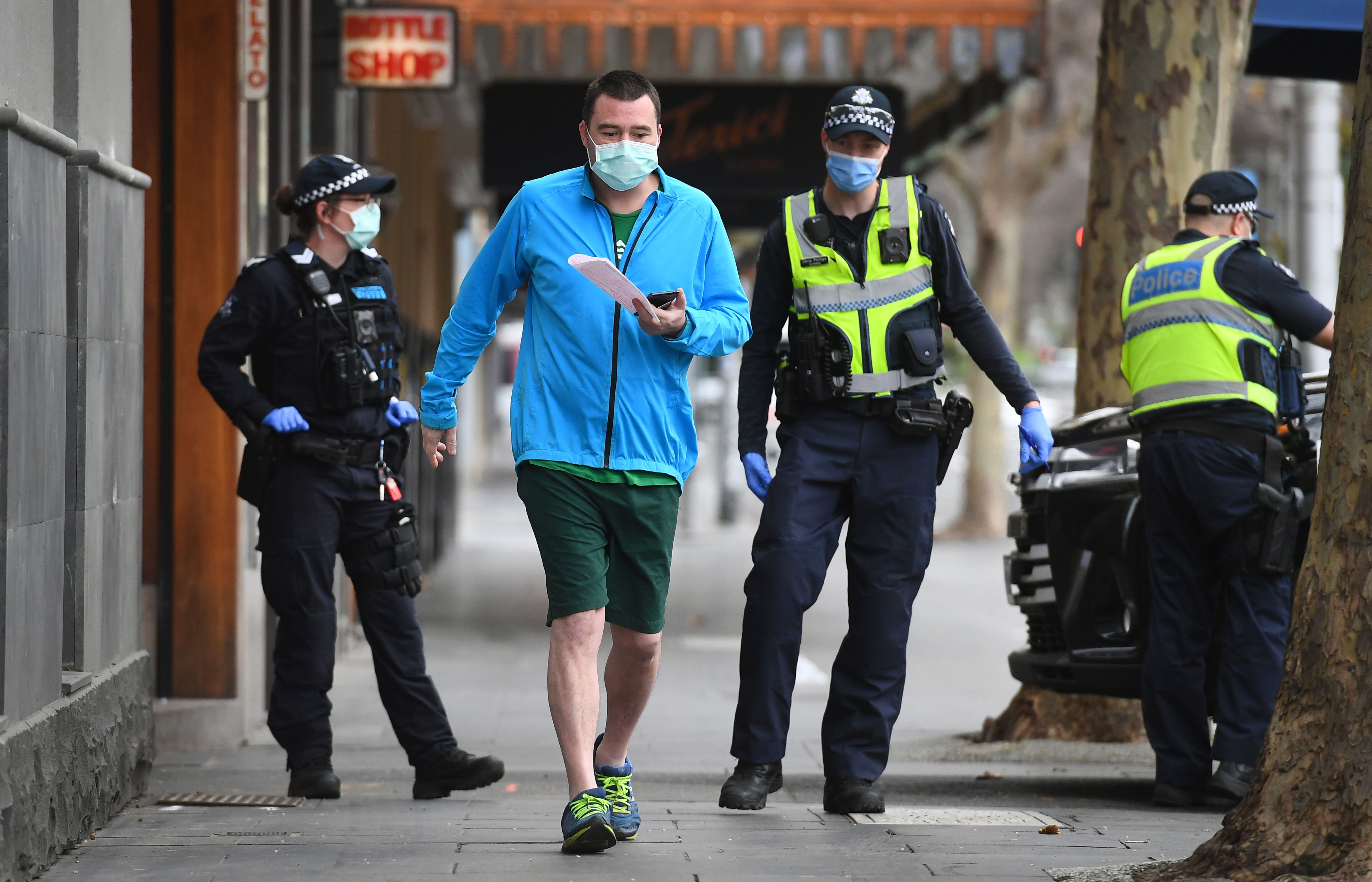 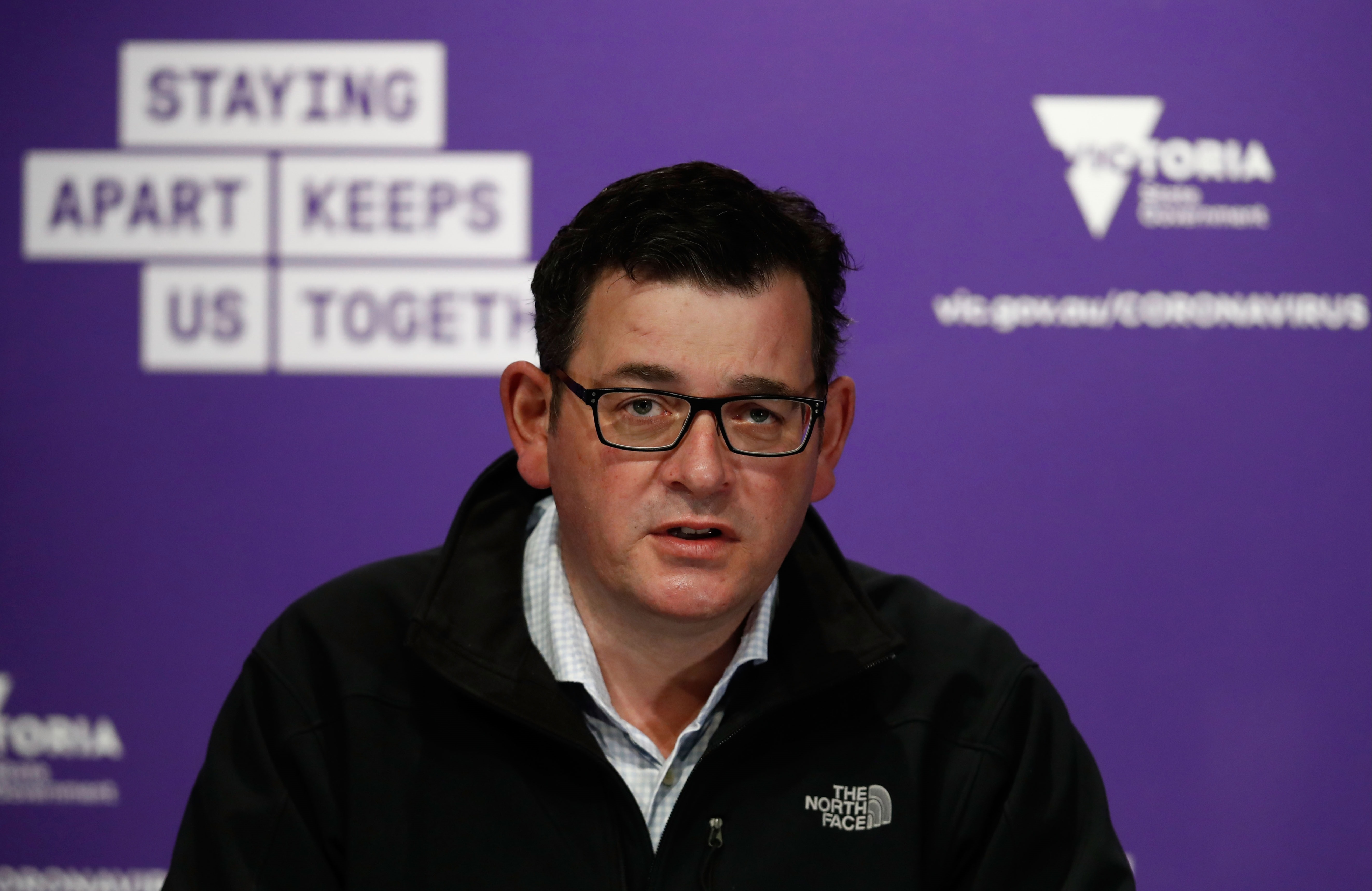 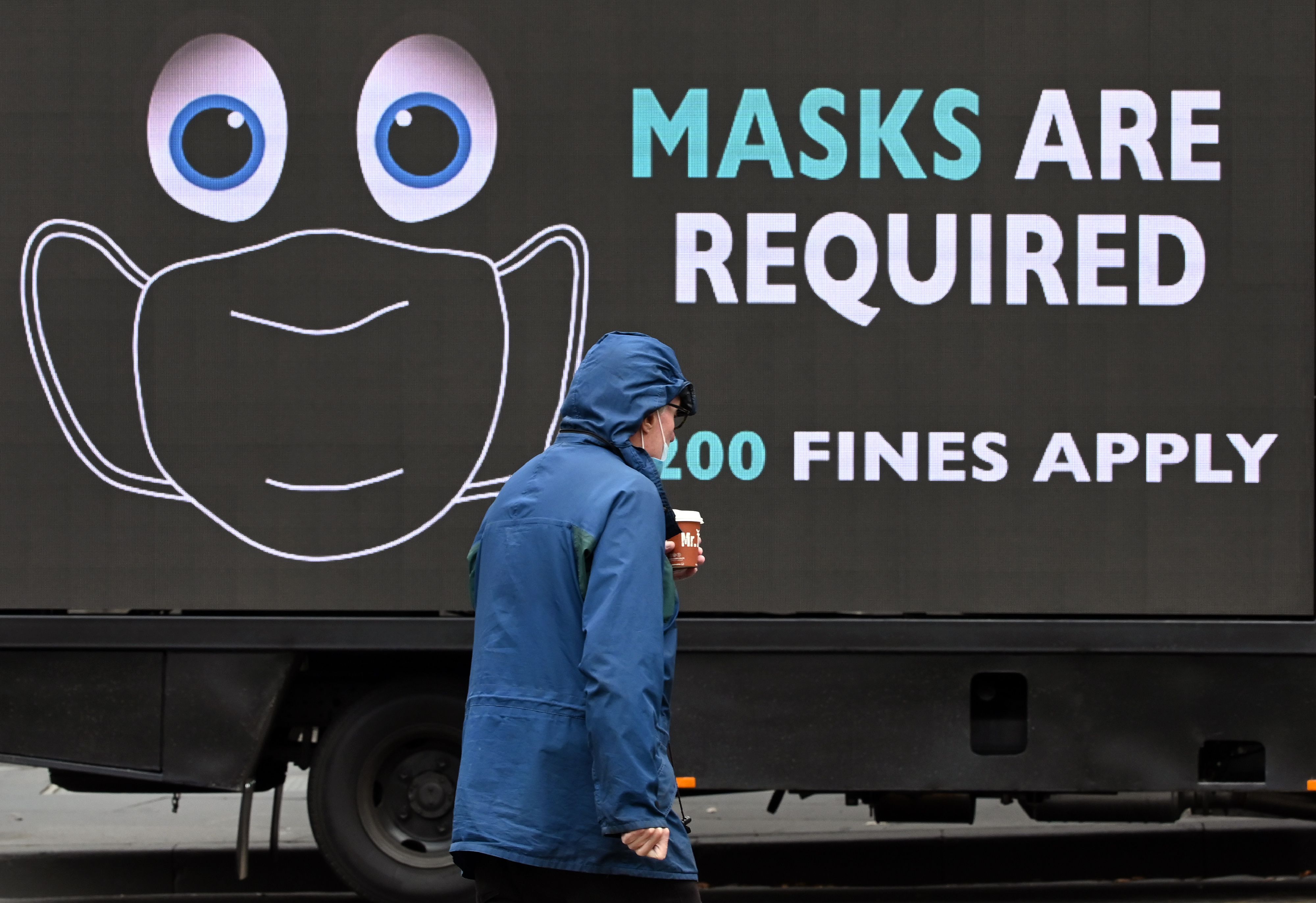 The state’s mental health minister, Martin Foley, also revealed there had been a 9.5 per cent increase in reports of self-harm in the state compared with the same time last year.

For young people, there was a 33 per cent increase.

He announced an additional £32m in funding for mental health, focusing on the surge in demand for acute services.

On Saturday night, the state’s health minister, Jenny Mikakos, also posted a long thread on Twitter saying she had strived to be “upfront and measured” about any potential mistakes in Victoria’s health response to the crisis.

“When we have to look back 100 years to the Spanish flu to find a pandemic of comparable global magnitude, it’s outside all of our collective experiences,” she wrote.

“It means there’s no detailed go-to manual of how to respond to these pandemics.… No doubt, mistakes were made along the way, because humans are flawed yet contagious viruses are unforgiving.

“Since that fateful day on 25 January, when we had our first-ever case, I’ve worked every day to keep everyone safe.

"I have put every ounce of energy I’ve had into that effort. If it wasn’t enough, then I’m deeply sorry.”

Last weekend Victoria declared a state of disaster and imposed new lockdown measures after a surge in coronavirus infections.

Under the new rules, residents of the state capital Melbourne are subject to a night-time curfew.