An angry ram was filmed headbutting a farmer’s car, forcing him to reverse.

Rambo, a two-year- old ram who lives in a farm in Ashburton, New Zealand was clearly annoyed by the car and wanted to make clear he wanted the farmer to back off.

In the video Rambo can be seen checking out the vehicle, as the owner says ‘I just want to check the grass’.

The ram then charges and headbutts the side of the car establishing its dominance.

The farmer is forced to reverse  and yells ‘ P*** off Rambo!’ in despair. 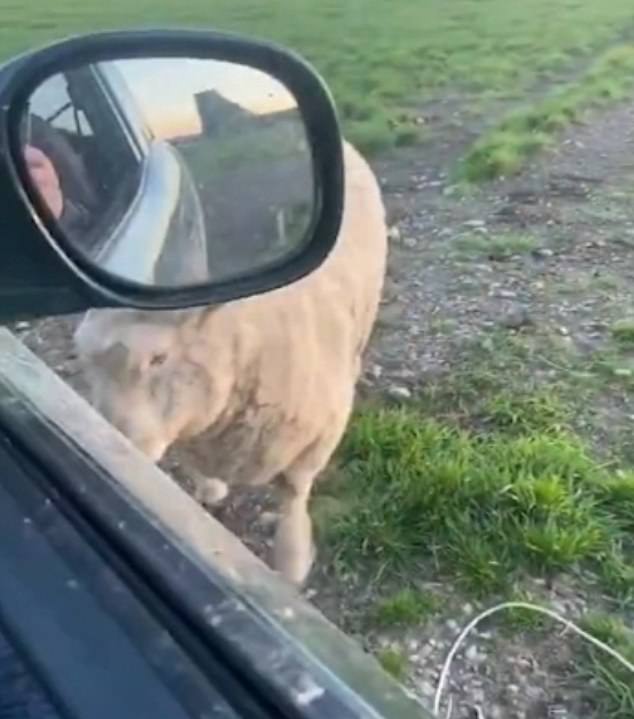 The ram who lives in a farm in Ashburton, New Zealand headbutter the car twice 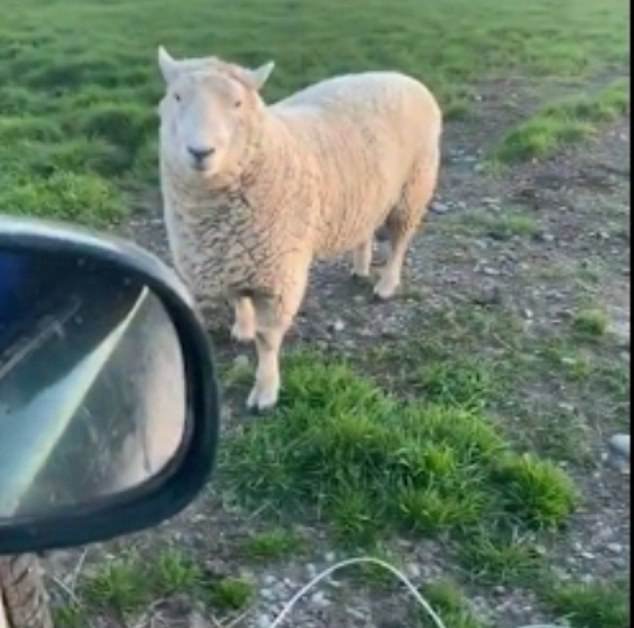 Rambo’s owner said: ‘My two-year-old ram called Rambo has no idea what he is because he is the Ram on a dairy farm and is surrounded by cows, he’s the boss anyway’.

Another New Zealand ram, the similarly named Rambro, has also made headlines with his angry antics.

Rambro very angry when he came across a large tetherball during a stroll and was filmed headbutting it again and again.

It’s obvious he becomes furious as soon as he sees it, he charges and headbutts it several times but the ball is tied to a string fastened to trees either side of the pathway.

Rambro lived in a 100 acre forest near Nelson New Zealand with his female companion Ewenice, and his son Dodge ram.

He had to be relocated after causing problems for his previous owner including breaking fences, gates, and even attacking dogs and people.

On another occasion he was filmed ramming a drone that got in his way.