Bizarre moment detainee runs away from three cops in Mexico

Mexican authorities have launched a manhunt for a suspect who escaped from three police officers – all of whom are now under custody as part of the investigation.

The startling incident took place Monday in the southeastern city of Orizaba when the trio of cops assigned to the Veracruz state attorney general’s office escorted the handcuffed detainee to a medical exam at the coroner’s office.

A surveillance camera near the facility showed the plainclothes cops walking the man back to their department pickup truck.

The suspect stopped for a moment but one of the police officers tapped him in the back to get him to continue walking. 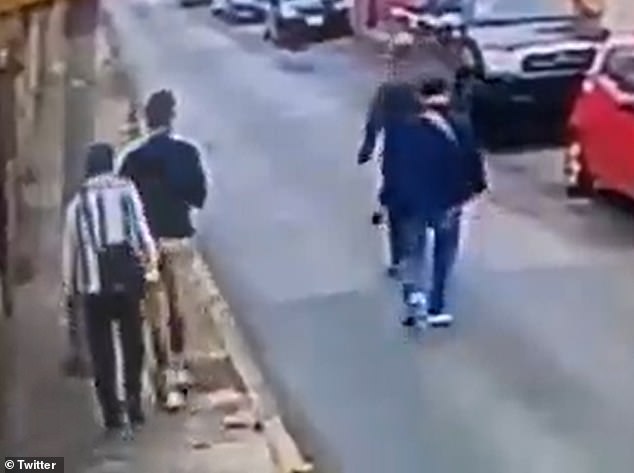 A detainee (second from the left) is escorted by three police officers in Orizaba, Mexico, on Monday moments before he managed to escape. The man, whose charges are unknown, remained on the run as of Wednesday. The cops are in custody as part of the investigation 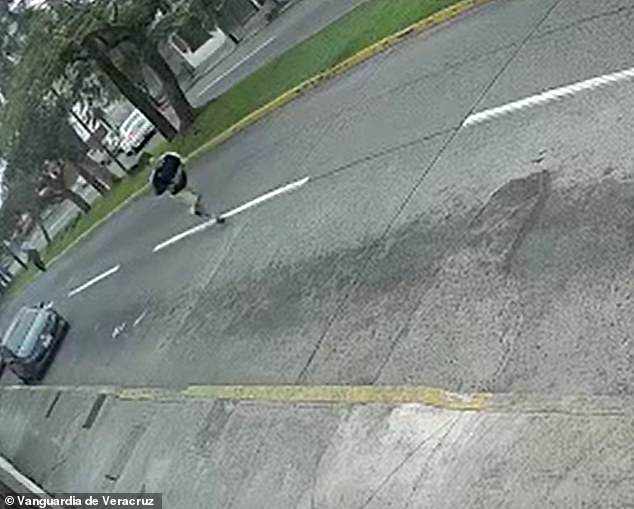 A detainee runs away from three police officers in the southeastern Mexican city of Orizaba on Monday. The suspect had been escorted to receive a medical exam when he escaped from the cops

When they reach the vehicle, the man turned around and was instructed to face the pickup truck’s right rear door.

The suspect then noticed a cargo truck was approaching them. The sly perp saw the truck stop and when one of the cops opened the door to allow him to enter the pickup truck, he took off running down the street.

The cops chased after him but were unable to locate him after an extensive neighborhood search. 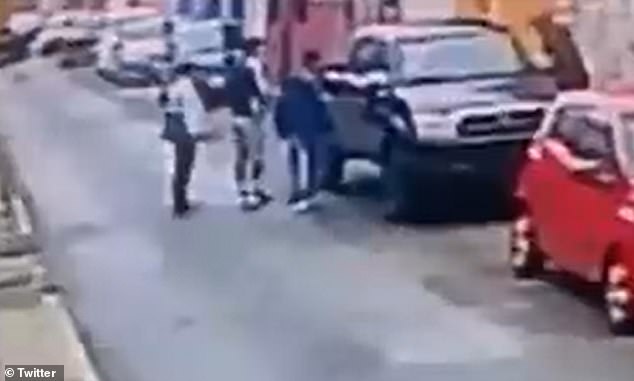 Still image of a crime suspect (second from left) awaiting to be taken into a patrol pickup truck moments before he fleeing from the police in Orizaba, a city in the southeastern Mexican state of Veracruz

The fugitive was last seen wearing beige pants and a white t-shirt.

A spokesperson for the Veracruz state attorney general’s office declined to tell DailyMail.com the charges the suspect was facing.

The man, who was handcuffed, threatened the court officers with a pair of scissors and then broke a window with a chair. He was able to climb out and ran off before he was recaptured.