A UK-based esports team have won £7.4 million for winning a video game tournament in front of 10,000 spectators in Singapore.

Tundra Esports, who are a team based in London, won The International 2022 tournament in Singapore over the weekend after being undefeated in the Defense of the Ancients 2 combat game, commonly known by gamers as Dota 2.

The UK-based team won the £7.4 million jackpot after beating Team Secret in the final. The prize money was raised by fans of the game.

Some 1.7 million people across the globe tuned in to watch Tundra Esports take the top prize. 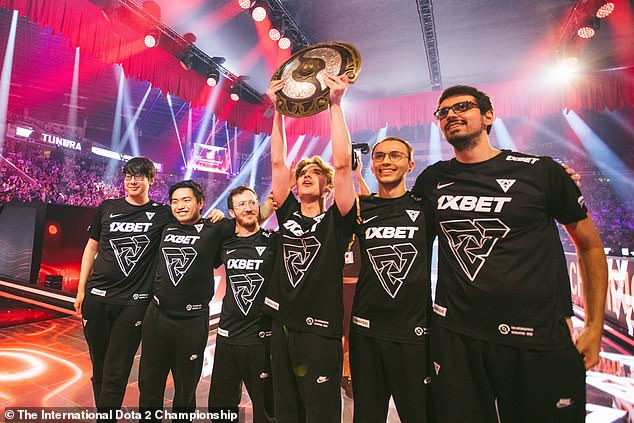 Tundra Esports are crowned champions of The International 2022 in front of 10,000 spectators in Singapore on October 30. 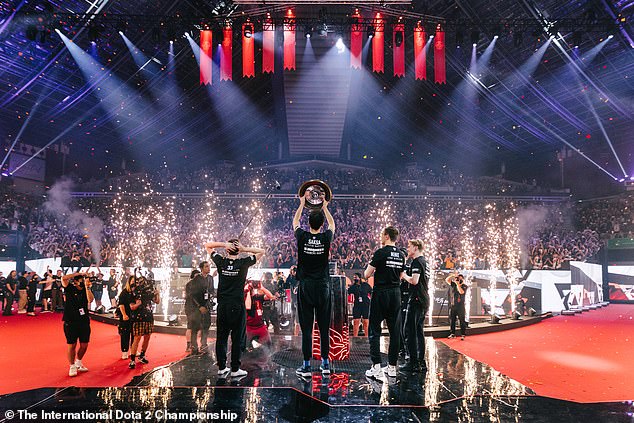 Tundra Esports are pictured lifting the winner’s trophy after progressing through the tournament undefeated in Singapore.

In recent years, it has often been the underdog teams taking home the top prize. However, Tundra Esports was considered among the favourites this time around.

Team Secret came incredibly close to being crowned champions after coming runners-up to Tundra. Team Secret had built on their previous positions of fourth in 2019 and third in 2021 but were unable to clinch the top spot this time around.

Anthony Graham, who cofounded the team with a friend in 2019, told the Times: ‘We went from being the underdogs as a relatively new team to winning a global event.’

The team is made up of members Wu Jingjun, 27 from the US, Oliver Lepko, 24 from Slovakia, Leon Kirilin, 24 from Germany, Neta Shapira, 25 from Israel, and Martin Sazdov, 27 from North Macedonia. 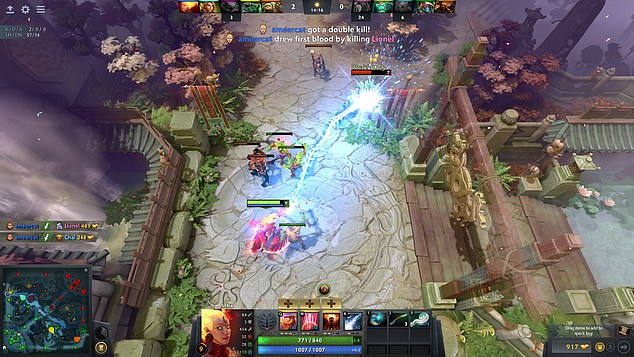 The championship in Singapore was a Defense of the Ancients tournament, a video game inspired by World of Warcraft. 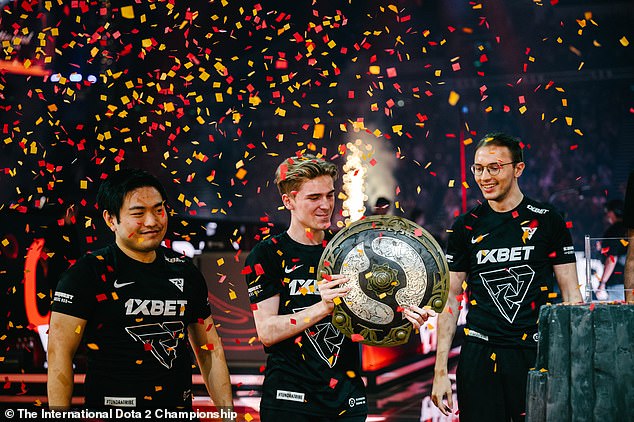 Tundra Esports are professional gamers who train for up to 12 hours each day.

A total of 20 teams took part in the initial group stage of the esports tournament that started on October 15.

As professional gamers, Tundra Esports’ members are professionally coached and train for up to 12 hours a day.

Esports has become a become a fast-growing phenomenon. An audience of over 400 million people around the world tune in to watch the esports tournaments.

During the tournament, The International 2022 was criticised by many spectators for its poor production quality and streaming. During the grand final, the official stream jumped back 10 minutes, leaving viewers without live coverage as Tundra Esports took home the top prize.