London: Buckingham Palace has vowed to hold an investigation into bombshell claims that the Duchess of Sussex bullied young staff before she and Prince Harry split from the royal family, as a backlash towards the pair builds in Britain.

The Queen’s household spent much of Wednesday in crisis mode after The Times newspaper reported that the couple’s well-regarded communication chief filed a bullying complaint against Megan in the months after her marriage to Harry in 2018. 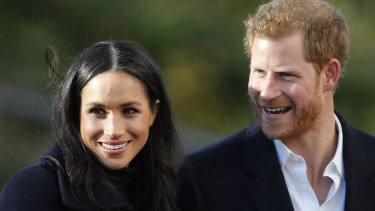 The Duke and Duchess of Sussex split from the royal family in 2020 and have recorded a tell-all interview with Oprah Winfrey. Credit:AP

The story, which has caused a sensation in the UK ahead of the screening of a tell-all interview with Oprah Winfrey on Sunday, also contained damaging allegations that more effort was put into making the complaint go away than dealing with the substance of it.

In highly unusual statement, Buckingham Palace said: “We are clearly very concerned about allegations in The Times following claims made by former staff of the Duke and Duchess of Sussex.

“Accordingly, our HR team will look into the circumstances outlined in the article. Members of staff involved in the time – including those who have left the household – will be invited to participate to see if lessons can be learned.

“The royal household has a Dignity at Work policy in place for a number of years and does not and will not tolerate bullying or harassment in the workplace.”

The statement threatens to further damage the increasingly toxic relationship between the royal family and California-based Harry and Meghan.

Revelations about the complaint prompted a fresh wave of negative publicity for the couple in Britain. They have already been criticised for splitting from the royal family in 2020, and recording the Winfrey interview while the 99-year-old Duke of Edinburgh is in hospital battling an infection and heart problems.

The Times reported on Wednesday that Jason Knauf, Harry and Meghan’s communication chief in 2018, sent an email in October that year to Simon Case, the then-private secretary to the Duke of Cambridge, Prince William.

Harry and Meghan had been married several months earlier and were living in Kensington Palace with William and his wife Catherine, the Duchess of Cambridge. 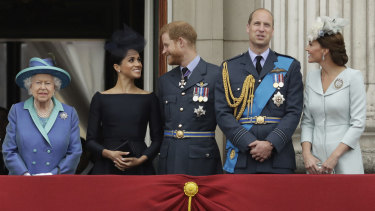 The email outlined a range of “very serious” concerns about how staff were being treated by Meghan.

The newspaper said Knauf sent the complaint after discussing the issues with human resources chief Samantha Carruthers who apparently agreed the problems were of concern.

Knauf said in the email: “I am very concerned that the duchess was able to bully two [personal assistants] out of the household in the past year. The treatment of X was totally unacceptable.”

The Times used letters to protect the identities of the staff.

The email continued: “The duchess seems intent on always having someone in her sights. She is bullying Y and seeking to undermine her confidence. We have had report after report from people who have witnessed unacceptable behaviour towards Y.”

The complaint did not progress. The Times also quoted a number of anonymous staff alleging it was poorly handled.

The Times said it was approached by sources who felt that only a partial version had emerged of Meghan’s time as a working member of the royal family.

A spokesperson for Harry and Meghan accused forces in Britain of a”calculated smear campaign” against the couple but did not explicitly deny the bullying claim had been lodged.

“We are disappointed to see this defamatory portrayal of the Duchess of Sussex given credibility by a media outlet,” the spokesperson said.

“It’s no coincidence that distorted several-year-old accusations aimed at undermining the duchess are being briefed to the British media shortly before she and the duke are due to speak openly and honestly about their experience of recent years.

“The duchess is saddened by this latest attack on her character, particularly as someone who has been the target of bullying herself and is deeply committed to supporting those who have experienced pain and trauma.

“She is determined to continue her work building compassion around the world and will keep striving to set an example for doing what is right and doing what is good.”

It is not clear whether Buckingham Palace knew of the issues before they were revealed by The Times.

However the newspaper quoted a source who said: “Senior people in the household, Buckingham Palace and Clarence House [the household of the Prince of Wales], knew that they had a situation where members of staff, particularly young women, were being bullied to the point of tears.”

The Winfrey interview, titled Oprah with Meghan and Harry: A Primetime Special, will air in the United States on Sunday. ITV has secured British broadcast rights for a reported £1 million.

It will air on Network 10 in Australia on Monday local-time.