A California driver was charged with murder Tuesday in connection with a suspected DUI crash that killed two young sisters over the weekend, according to reports.

Elizabeth Nungaray, 43, of San Jose, was allegedly driving while impaired Saturday when she ran a red light and broadsided an SUV in Porterville, Tulare County – about 160 miles north of Los Angeles.

Nungaray’s car kept going after the crash, police said, striking another vehicle as well as a traffic light pole, according to FOX 26 of Fresno. 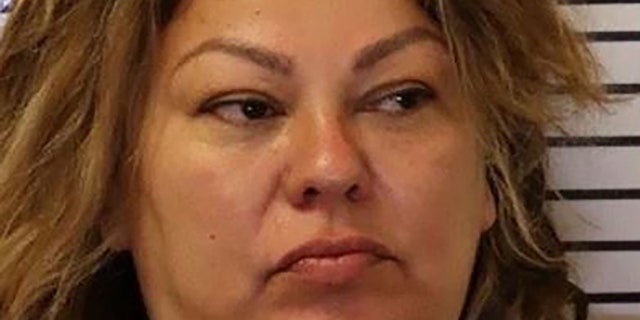 Elizabeth Nungaray, 43, of San Jose is accused of causing a crash that killed 2 sisters in California
(Porterville Police Department)

An 11-year-old girl in the SUV died at the scene and her 8-year-old sister died from injuries at a local hospital, the station reported.

Two other children in the vehicle – a 4-year-old boy and a 13-year-old girl – suffered major injuries. They were flown to a nearby hospital and listed in critical condition.

All four children were siblings, according to FOX 26.

A fundraiser was set up by the family which stated the injured 13-year-old girl was “intubated with 50% possibility of not being able to walk.”

An investigation determined Nungaray had been driving under the influence of alcohol. She was arrested for gross vehicular manslaughter while intoxicated and causing an injury traffic collision while impaired.

On Tuesday, Nungaray was charged with two counts of second-degree murder, two counts of vehicular manslaughter while intoxicated, and driving while under the influence of alcohol causing injury — with special allegations of causing great bodily injury to four victims, FOX 26 reported.

The station, citing court filings, noted she had a prior DUI conviction, along with burglary and petty theft charges.