Travel chaos on day of Queen’s state funeral: ALL trains from Slough into Paddington are cancelled or delayed until 10am due to overhead wires damage – as millions head into capital on historic day

Mourners heading to the capital for the Queen’s State funeral today will face chaos this morning as a damaged overhead wire means all trains into London from Slough have been cancelled or delayed until 10am.

Great Western Railway (GWR) has said all railway lines between Slough and Paddington are blocked due to damage to overhead electric wires.

This is disrupting journeys for mourners attempting to travel to London for the Queen’s funeral from Reading or Heathrow Airport. 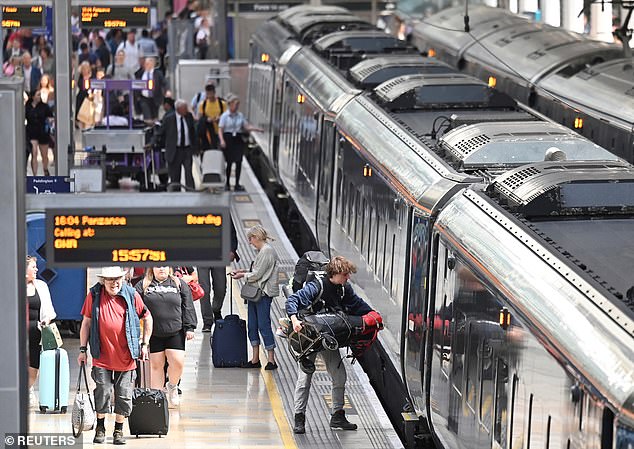 Great Western Railway (GWR) has said all railway lines between Slough and Paddington are blocked due to damage to overhead electric wires. Pictured above: Paddington Station 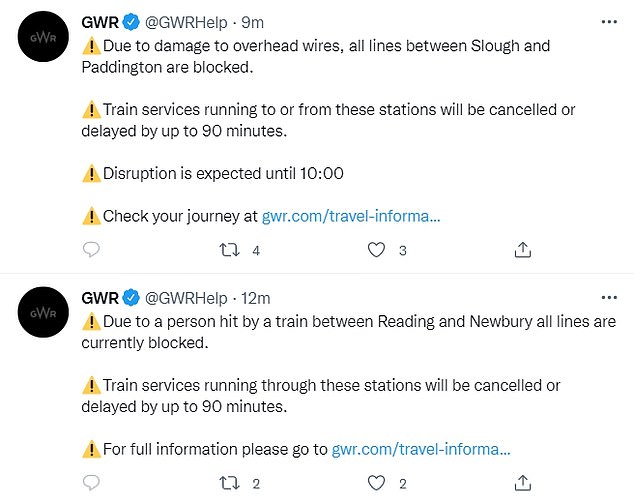 Services run by GWR, Heathrow Express and the Elizabeth line are affected.

The lines between Reading and Newbury are also closed due to a person being hit by a train.

This is causing GWR trains to be diverted, delaying journeys to the capital.

This is a breaking news story. We will bring you more information when it is available.