Chinese envoy to Britain will retire China’s ambassador to Britain – who sparked fury by insisting that the country’s oppressed Uighur Muslims live in ‘peace and harmony’ – is to retire.

Earlier this year, Liu Xiaoming, who has served as ambassador since 2010, denied that China persecutes minority Uighurs, despite being confronted on BBC1’s The Andrew Marr Show with video footage appearing to show shackled prisoners being herded on to trains.

He claimed that the footage, showing men kneeling and blindfolded, was ‘fake’. 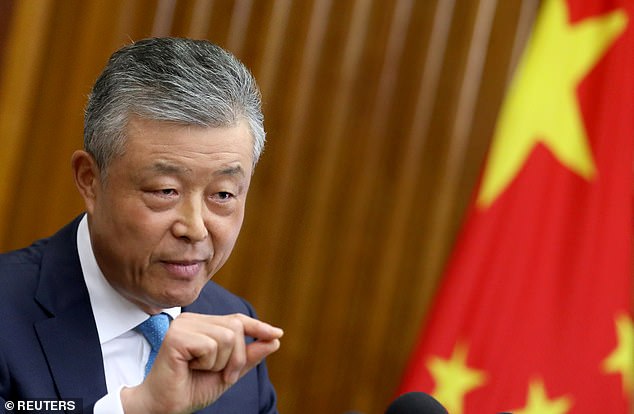 Liu Xiaoming, China’s ambassador to the UK, pictured, is to retire, Beijing has announced 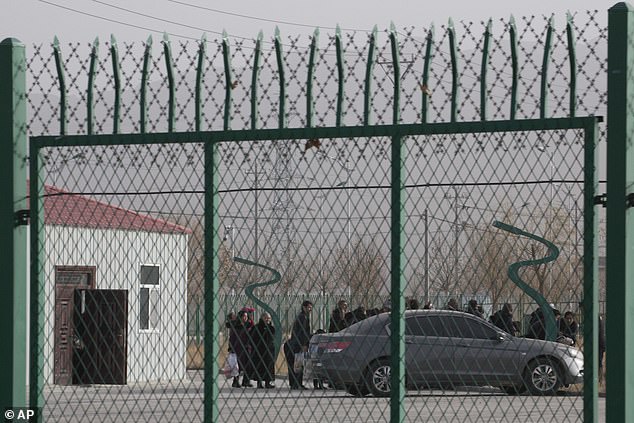 Mr Xiaoming tried to defend China’s treatment of Uighur Muslims, many of whom who have been sent to camps

Mr Liu, 64, who was highly critical of the Government’s decision to ban Chinese tech giant Huawei from involvement in the construction of UK’s 5G network, will be succeeded by China’s foreign vice-minister Zheng Zeguang, a specialist in US affairs.

During the furore over Huawei, Mr Liu warned Britain might ‘bear the consequences’ of treating China as a ‘hostile’ country, adding: ‘It has become questionable whether the UK can provide an open, fair and non-discriminatory business environment for companies from other countries.’

He also accused the British Government of making ‘irresponsible remarks on Hong Kong’, insisting that protests in the former British colony were not about ‘freedom’.