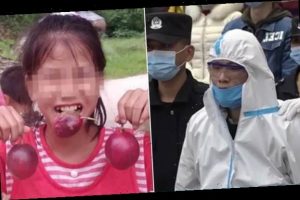 Chinese man, 32, is executed for abducting and raping a 10-year-old girl in horrific case that shocks the nation

A man in China has been executed on Tuesday after he kidnapped and raped a 10-year-old girl.

Yang Guangyi, 32, abducted the young child when she was on her way home after selling her hand-picked passion fruit in southern Guangxi Province.

The girl died after Yang sexually assaulted her with ‘cruel and violent means’ on a hill in late 2018. 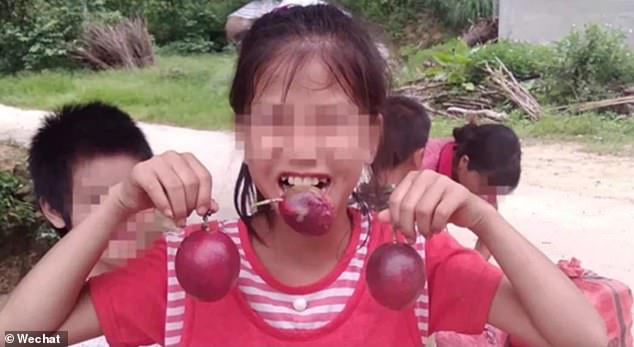 Yang Guangyi, 32, abducted and raped the young child, Yang Xiaoyan (pictured), who was on her way home after selling her hand-picked passion fruit before in southern Guangxi Province

Yang was sentenced to death in December for the crime of rape before the execution was carried out today, according to a statement by the local court in the city of Qinzhou.

The horrific incident, commonly known as the ‘passion fruit girl case’, shocked China and sparked a public uproar after it occurred on October 4, 2018.

The 10-year-old girl, Yang Xiaoyan, left home alone to sell passion fruit to a local vendor after hand-picking them with her sister at their family’s field, reports said.

The Year 4 student came from an impoverished family with four other siblings, raised by their mother alone after their father died when Xiaoyan was aged one.

Two days later, local police reported that they had arrested Yang Guangyi, who was 29 years old at the time, after he turned himself in and admitted to raping the 10-year-old child.

Yang said that he spotted Xiaoyan at the fruit vendor before approaching her while she was heading home. 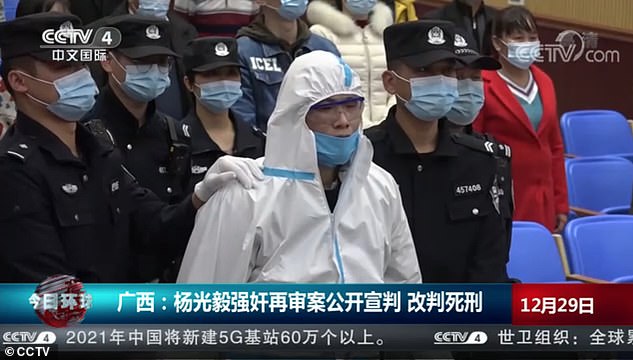 Yang was sentenced to death in December (pictured) for the crime of rape before the execution was carried out today, according to a statement by the local court in Qinzhou

The man kidnapped the girl by forcing her to follow him to a hill with a knife, according to a court statement.

He then used ‘cruel and violent means’ to rape the child, causing her to die as a result, the authorities said.

According to media reports citing court verdict, Yang choked Xiaoyan to make her pass out. He then put her into a carrier bag before taking her to a hill where he raped her.

When she woke up, the man stabbed the child in the eyes and neck. After he raped the girl, Yang took away her money and abandoned her.

In July 2019, Yang was sentenced to death by the Qinzhou Intermediate People’s Court for rape.

Yang appealed to the high court, claiming that he should receive a more lenient punishment.

In March last year, the high court overturned the ruling, changing Yang’s death sentence to the death penalty with a two-year reprieve. 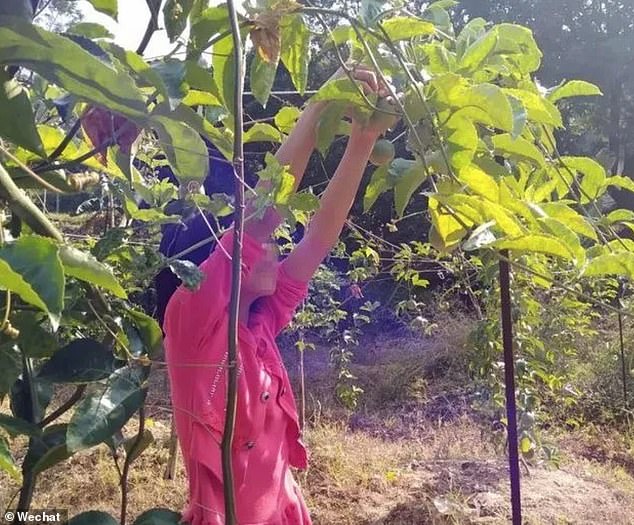 The 10-year-old girl, Yang Xiaoyan (pictured), left home alone to sell the passion fruit to a local vendor after hand-picking them with her sister at their family’s field, reports said

The victim’s mother disagreed with that ruling and later appealed to the Supreme People’s Court, the highest level of court in China.

After reviewing the case, the top court ordered the high court to retry the case in December.

During the retrial, the court withdrew the previous ruling, adding that Yang was not eligible for lenient punishment due to the nature of his ‘cruel’ offence. He was sentenced to death without reprieve.

In a clip aired by state broadcaster CCTV at the time, Yang was seen appearing at the trial while donning full-body protective suit and goggles due to COVID restrictions.

On Wednesday, Yang was executed following the order by the Qinzhou Intermediate People’s Court.

In the Tuesday statement, the court said the approval of Yang’s death penalty showed the country’s strong determination against people who sexually assault juveniles.

Yang was allowed to see his close family members before the execution, but he refused to request for the meeting, the court said.