A student body closely linked to the Chinese Communist Party has been accused of harassing activists in British universities for criticising human rights abuses in Hong Kong.

The Chinese Students and Scholars Association (CSSA) is disrupting pro-democracy rallies on campuses across the UK.

Demonstrators have been filmed, with some too scared to return to Hong Kong in case Chinese security services arrest them. 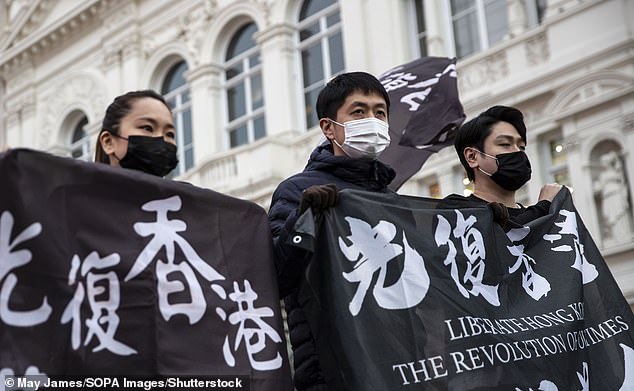 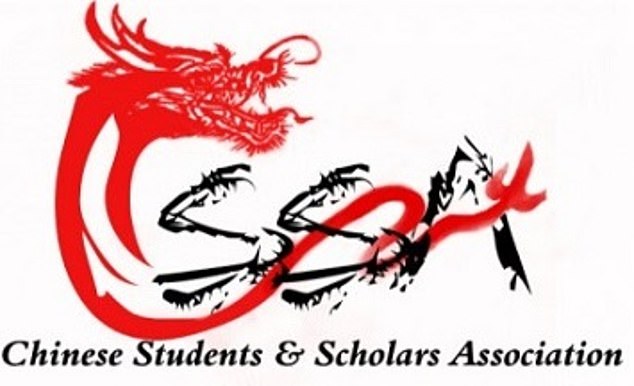 The Chinese Students and Scholars Association has branches in more than 100 British universities and claims to support 120,000 Chinese students in Britain

The CSSA has branches in more than 100 British universities and claims to support the 120,000 Chinese students in Britain.

But Western intelligence agencies say it is part of the United Front Work Department, an agency tasked by the Beijing regime with recruiting overseas Chinese nationals for propaganda and espionage.

Two years ago, the Commons Foreign Affairs Select Committee said of the CSSA: ‘Its stated aim is to look after Chinese students, but it also reports on them to the embassy and authorities, tries to stop discussion of topics sensitive to China… and takes more direct action under guidance of the embassy.’

Critics say universities turn a blind eye to the threat because of the estimated £2.1 billion in fees Chinese students pay each year.

The Mail on Sunday has spoken to students who say the CSSA targeted them on British campuses. All were too scared to be named. When a 22-year-old medical science student at University College London formed a group in 2019 to highlight police brutality against Hong Kong pro-democracy activists, their stall on campus was besieged by 40 people waving Chinese flags and filming on phones.

She said: ‘They were shouting and verbally intimidating us… things like, “Your family will be ashamed of you because you are doing this.” ’

Security staff told the stallholders to leave for their own safety.

A Cambridge student claims he was intimidated by the CSSA in 2019 when he urged Wolfson College to withdraw an honorary fellowship from Carrie Lam, Hong Kong’s pro-Beijing chief executive, who studied at Cambridge. He said he was bombarded with pornographic spam and death threats ‘asking me and my mother to die’. At Exeter, a female student from Hong Kong said 20 pro-democracy protesters were accosted in 2019 by a gang of CSSA supporters who grabbed their placards. ‘They were calling us cockroaches, traitors,’ she said. The protest was filmed and her identity was shared by CSSA members. She is now too scared to return to her homeland.

She said a friend at Sheffield University was hurt when a CSSA group threw bottles at a pro-Hong Kong rally. The assailant was given a police caution and suspended.

The CSSA did not respond last night to a request for comment.

The Chinese Embassy said: ‘We have never exerted any political influence on normal academic activities in British universities. As for the voluntary expression of indignation and opposition of Chinese students and other Chinese citizens overseas against words and deeds that attempt to separate China and smear its image, this is completely understandable and reasonable.’

UCL, Cambridge, Exeter and Sheffield universities said they were committed to protecting student freedoms and the right to protest peacefully ‘within the law’.