ALL pet owners dread the day they will have to say goodbye to their furry companions.

Last week, heartbroken Orlando Bloom, 43, got a tattoo across his heart in memory of his red poodle pup, Mighty, who died suddenly after going missing. 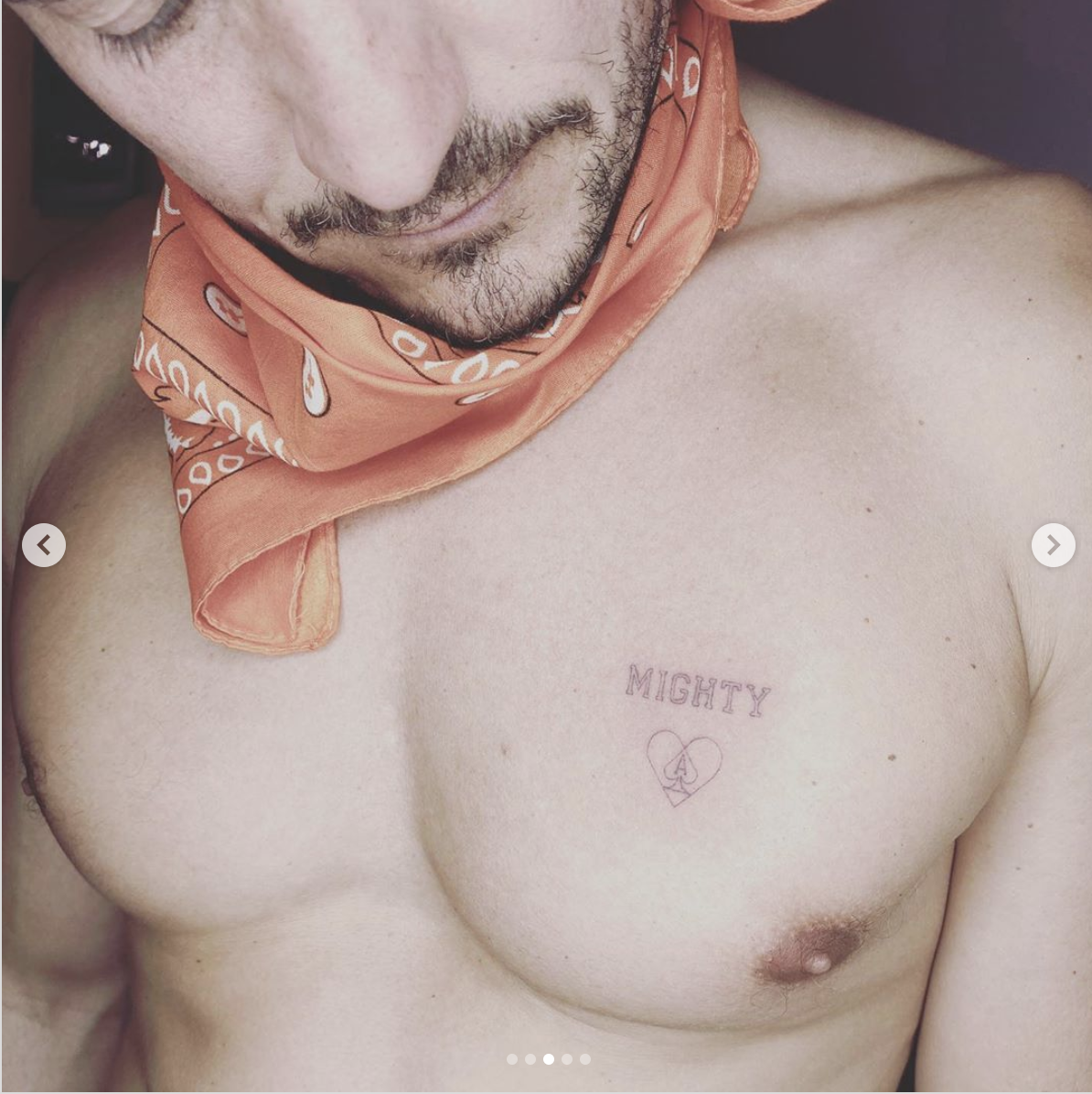 And he isn't alone. Pet owners up and down the country have paid tribute to their pets in all kinds of ways – from getting tattoos like Orlando's, to having their cat's legs and paws made into keyrings and keeping vials of their blood.

While it may sound bizarre to keep physical reminders of these pets, Animal bereavement counsellor Carrie Ball explains: “To many the loss of a pet is felt more keenly than that of a relative. They are constant companions, a bond like no other and so the loss can be very difficult to come to terms with.

“Doing something to remember them is something physical and visual that they can focus upon, a representative of their lost companion, something that can be visited, spoken to, paid tribute to when the one it represents is no longer here.” 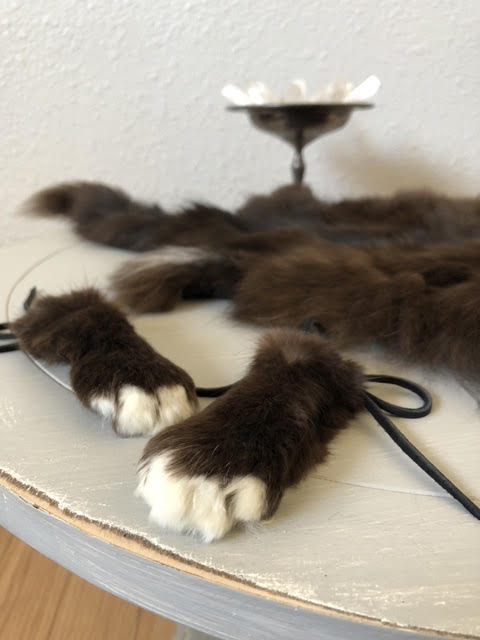 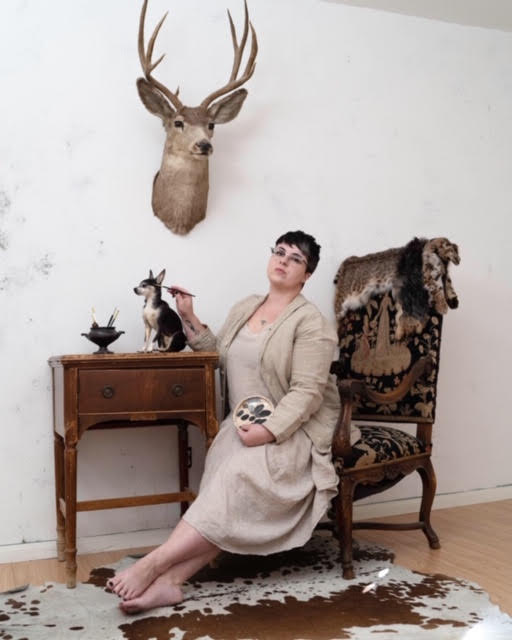 Not for the faint-hearted, some pet owners decide to quite literally keep hold of a part of their pet either by preserving the whole body, or keeping a specific part.

Lauren Kane – owner of Precious Creatures Taxidermy – has been working full time as a pet preservationist since 2015.

She uses Victorian techniques and gets a range of requests, from whole-body preservations, clean skulls, and pretty much everything in between.

Speaking to Sun Online, the taxidermy specialist says: “I’ve had families request all sorts of things; the heart dried and gold leafed, a single toe bone cleaned, and even a vial of blood returned.

“Some just want the skull cleaned, [or choose to keep] the entire companion.

“Families who opt for these sort of memorials tell me that they feel profound peace and comfort when they are finally reunited with their preserved pet.” 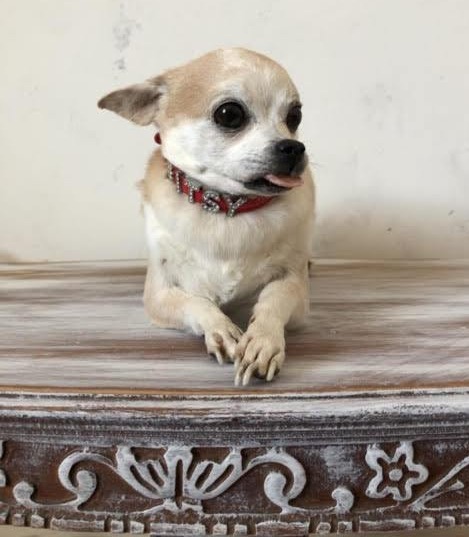 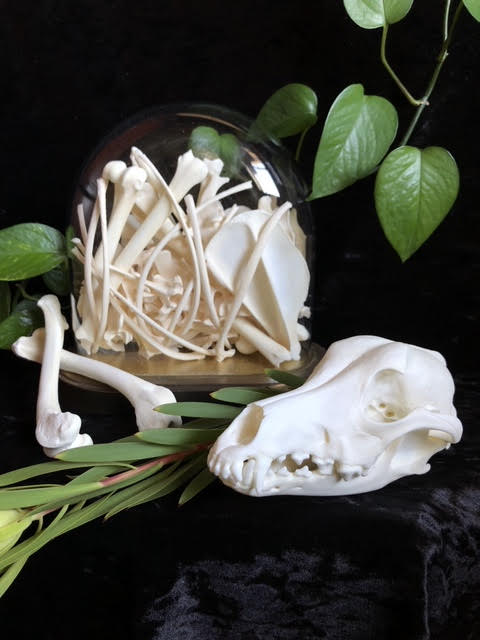 But what do they do with the keepsake once it’s returned to them?

Lauren explains: “Most place their loved ones in a prominent or important place in the home, and others make altar spaces to honor them each day.”

As well as fashioning them into ornaments, it turns out a deceased pet can also make a practical, sentimental accessory that can be worn and used regularly.

One of the most popular requests Lauren receives is to preserve a paw – that can be attached to a keyring if the client wants to carry a piece of their pet around with them on a daily basis. 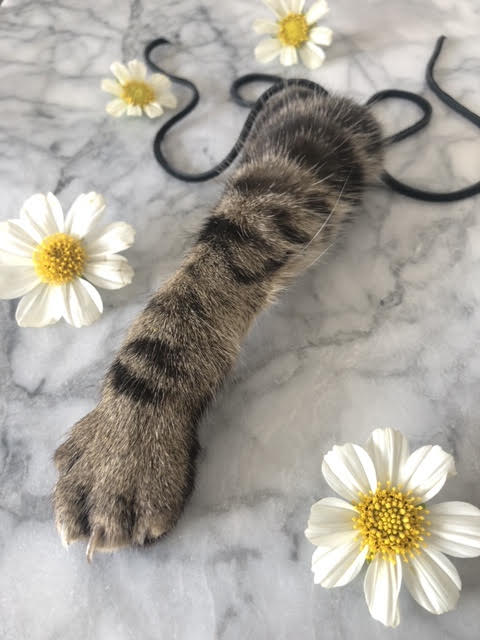 She says: “Paw preservation and tail preservation are popular requests, and are less confronting than perhaps the whole pet being preserved.

“Many people ask that a metal clasp is attached so that the paw or tail can travel with their guardian to and from work or school.”

If they don’t have the stomach to keep a physical part of their deceased pet’s body, other parts of the pet or their accessories can also be used, with some artists using the fur balls from pets to create necklaces and bracelets.

It’s a gesture that can mean so much.

Joelle Byrne, 34, from Halifax, got her beloved rescue dog Harvey’s dog collar made into a wrist cuff and his ID tag made into a keyring for her husband Paul, 37, when he died aged nine in 2009. 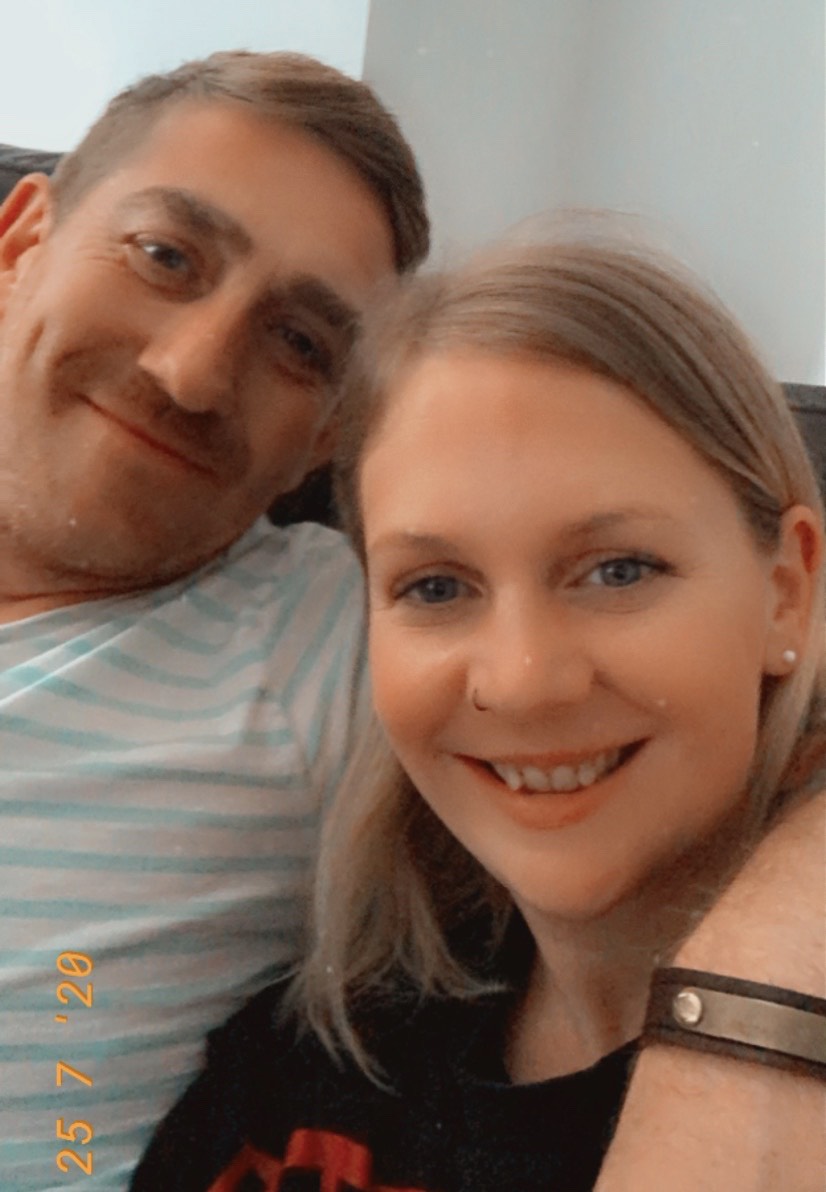 She says: “Paul was crushed by Harvey’s death so I wanted to do something physical to remember him, and I wanted a keepsake that was practical and could be used and looked at and reflected on, rather than just something kept in storage.

“I went to our local Timpsons and they suggested changing Harvey’s leather collar into a cuff.

“It was a surprise and when I gave it to him – Paul doesn’t get overly emotional but I knew by his quiet reaction, I’d done the right thing and he still wears it now.”

‘He’s always a part of me now’

Like Orlando, plenty of people choose to remember their animal pals with a tattoo, and it’s actually quite a common choice.

However, some take it one step further – by getting their dead pets’ ashes incorporated into the design.

Military dog handler Sergeant Dave Heyhoe, from Cheshire, did exactly that, and had his loyal labrador Treo's ashes added to the ink in a tattoo of a paw print and poem on his leg after his canine companion passed away. 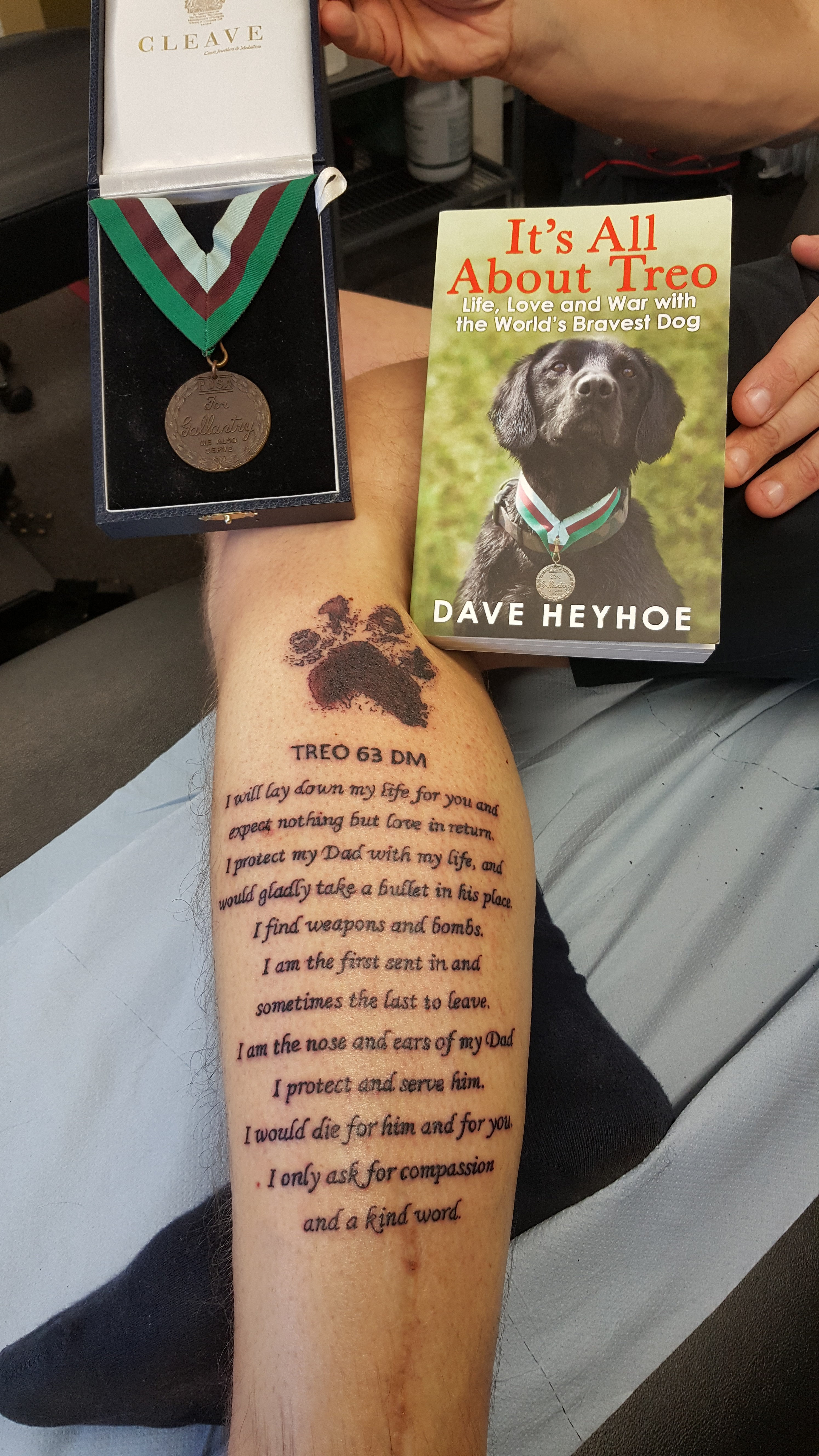 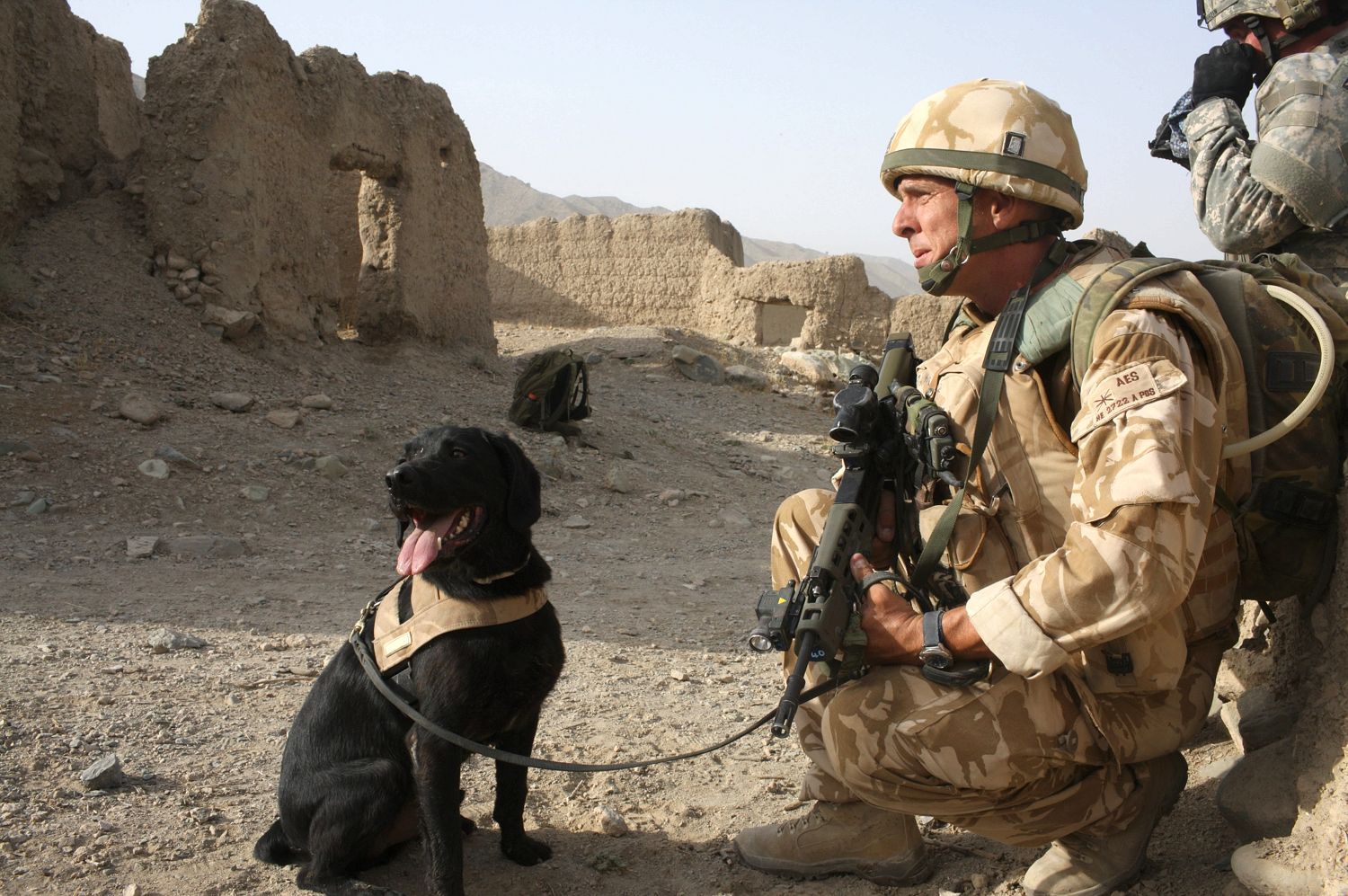 Treo served alongside Dave in Afghanistan, and explaining his decision, Dave told Forces TV at the time: “I thought: 'Right, I do miss him. I need to feel as though he's part of me. So let's get this tattoo done so he does feel part of me again'.

Teen Bethany Cruickshank, from Andover, Hampshire, opted to do the same when her 11-year-old Husky Mika died in 2018, and incorporated some of her ashes into a paw print design on her rib cage – a way for them to “be together forever.” 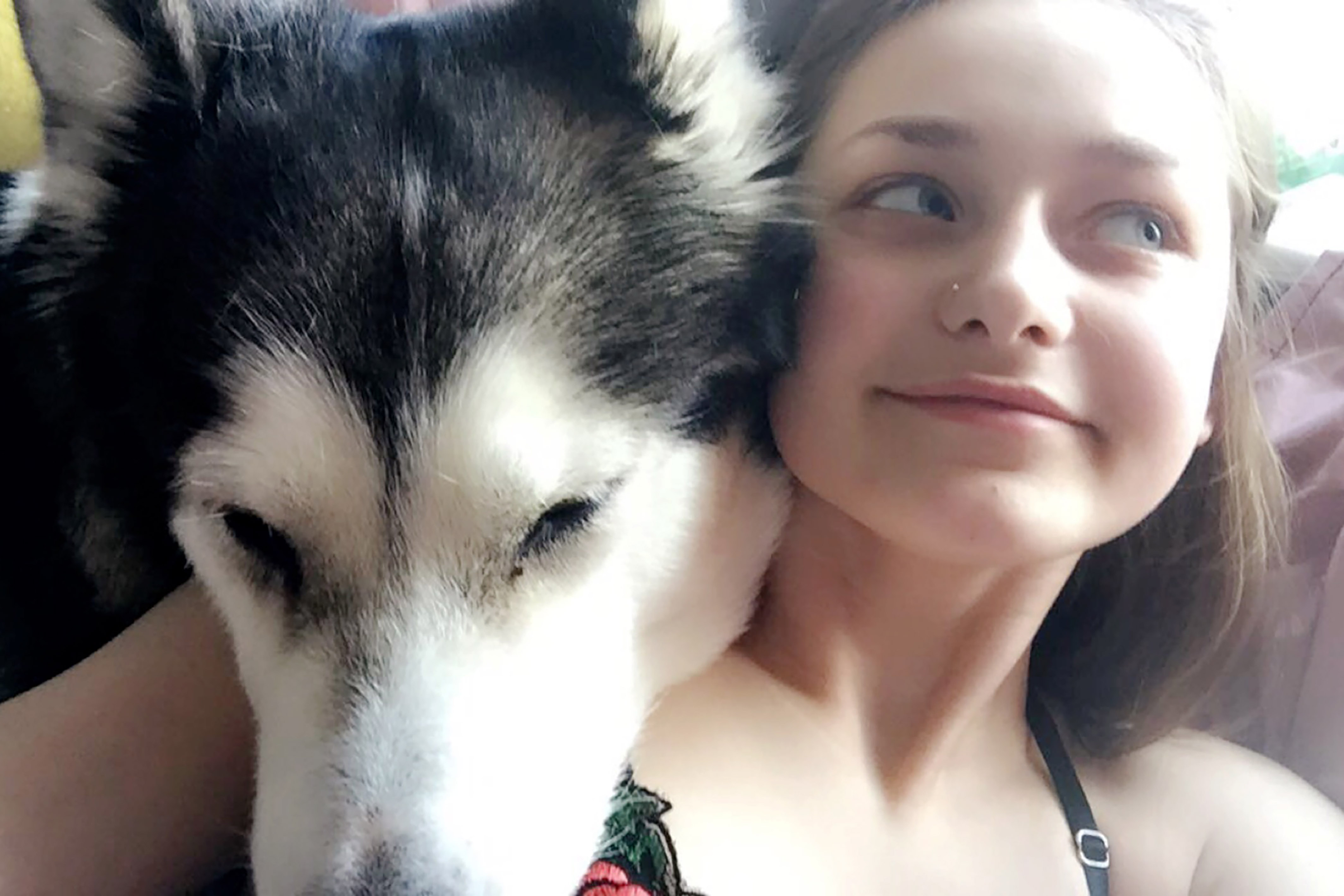 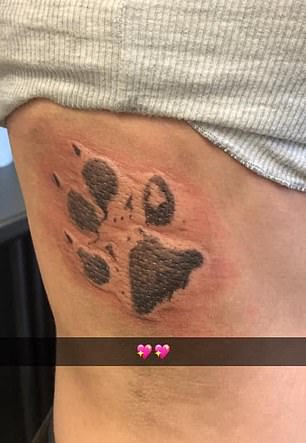 ‘My dog will be buried with me’

A tattoo isn’t the only way to ensure your pet will be with you forever.

Jean Francis, 81, from West Sussex, was so close to her 11-year-old labrador Poppy, whom she had since a puppy, she has saved her ashes to be buried with her when the time comes. 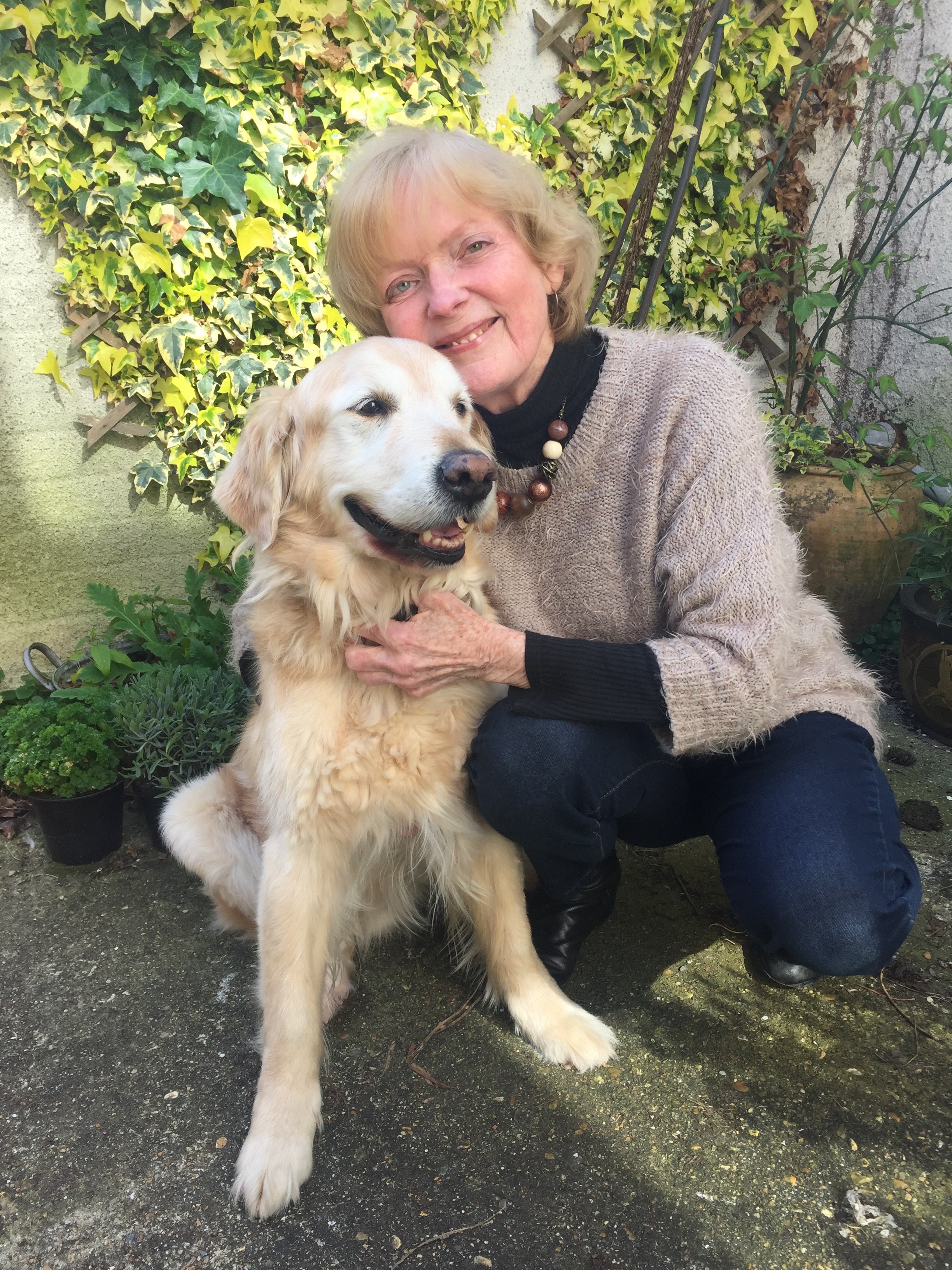 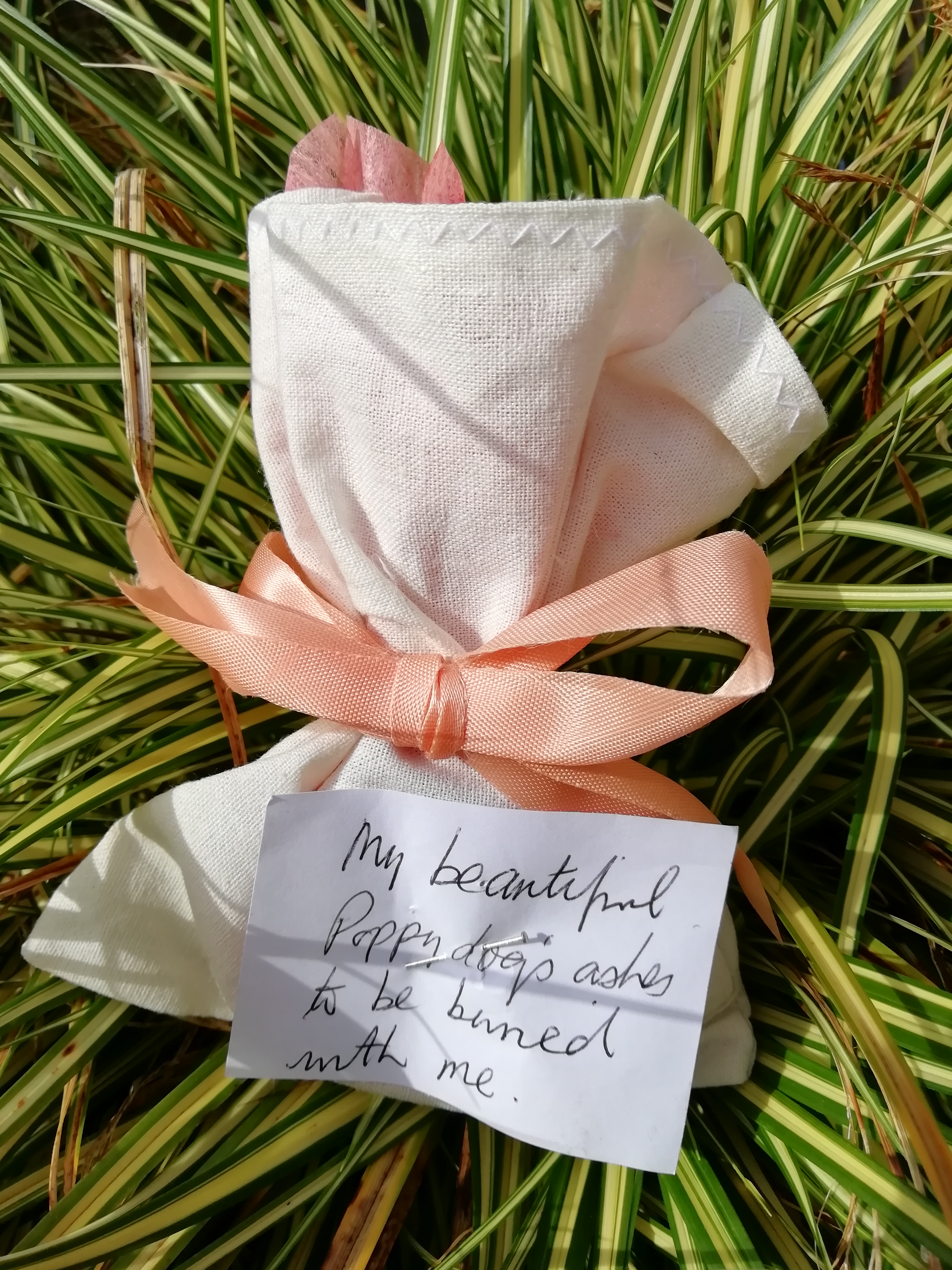 Jean explains: “Poppy came with me every day when I worked at a funeral directors, and she comforted customers.

“She was a great comfort to everyone and we did everything together so when she died I was devastated.

“I’ve kept her ashes in a little bag tied with a pink ribbon, and a note saying I’d like her to be buried with me, because we were just so close to one another, and I want to take her with me.”

While some of these tributes may not be for everyone, one thing that everyone can agree on is the deep, lasting impact a pet can have on humans – and they really are man's best friend.