Coburg North residents have been blindsided by plans to rip up a grass oval and replace it with synthetic turf, which would be closed to the public during soccer games and training.

The oval at the northern end of Hosken Reserve would get LED lighting and low fencing as part of the redevelopment, which will begin in January, to be used by Pascoe Vale Football Club.

But there has been no consultation with residents since 2009 and most people learned of the plans in the days before Moreland Council went into caretaker mode ahead of local council elections.

Resident Tatiana Stephens, who started a change.org petition that so far has almost 1800 signatures, said council could easily work with locals to find a solution that works for everyone.

"It's really surprising that community consultation hasn't taken place because it's such an easy fix," Ms Stephens said.

"Unfortunately, there hasn't been recent consultation with nearby residents," she told councillors and candidates.

Ms Henderson said the project has been part of capital works plans approved by council for years.

"However, residents near Hosken Park would not have been aware of the proposed synthetic pitch unless they participated in the 2009 consultation process, or unless they checked recent consultation documents in detail."

Ms Henderson said it was unfortunate that the plans were not accessible on the council website. 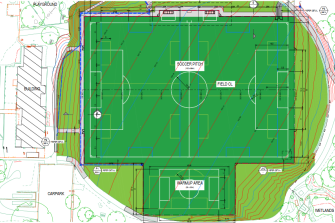 "In my view, it would have been preferable that recent consultation occurred with local residents about changes planned for Hosken Reserve (north). Council's community and engagement and public participation policy would suggest that such consultation should have occurred. I acknowledge the frustration and disappointment felt by local residents."

There were 177 responses to the 2009 survey of neighbouring households.

An agenda item from 2016 shows that the oval was, at that stage, going to remain grass, with a smaller training area in the north-east of the reserve set to be covered in synthetic grass.

Moreland Victorian Socialists councillor Sue Bolton, who is up for re-election, said councillors have been kept in the dark. 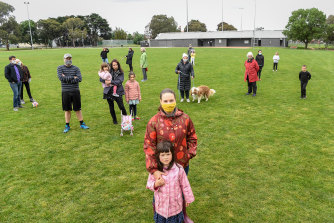 "Somewhere along the lines the plans have changed without coming back to council in a way in which councillors can make informed decisions and without any public consultation," Cr Bolton said.

Minutes from the 2009 council decisions are not publicly available and have not been provided to councillors, she said.

"The more I think about this, the more angry I feel."

Four years ago, Moreland Council also invested in a stormwater project to water the grass at Hosken Reserve.

There is already an enclosed soccer field at the southern end of Hosken Reserve.

The synthetic pitch would host up to 70 hours of soccer a week and would be open to the public outside of formal games and training, Moreland Council said in a media release last month.

The announcement came after the state government awarded $500,000 to the project as part of the $4.9 million World Game Facilities Fund. Moreland Council has committed $900,000, while Pascoe Vale FC will add $50,000.

Moreland Council released the tender on September 19, three days before the council went into caretaker mode for the election period. The tender will close on October 13 and will be considered by councillors after the election.

Cr Bolton said the community was suspicious of any fence going up, fearing they could be locked out. But she hopes that a reasonable solution for all parties can be found.

Greens candidate Adam Pulford said he would vote to pause the project so proper consultation can take place.

A spokesman for the state government said the project was being managed by Moreland Council and residents should raise concerns with them.