A TRUMP-supportingpolitician who said coronavirus was a "socialist" hoax has been killed by the disease.

Tony Tenpenny, 57, a former councillor from Nashville, who had said the pandemic was part of a "socialist agenda" and had been over-exaggerated died over the weekend as a result of complications from Covid-19. 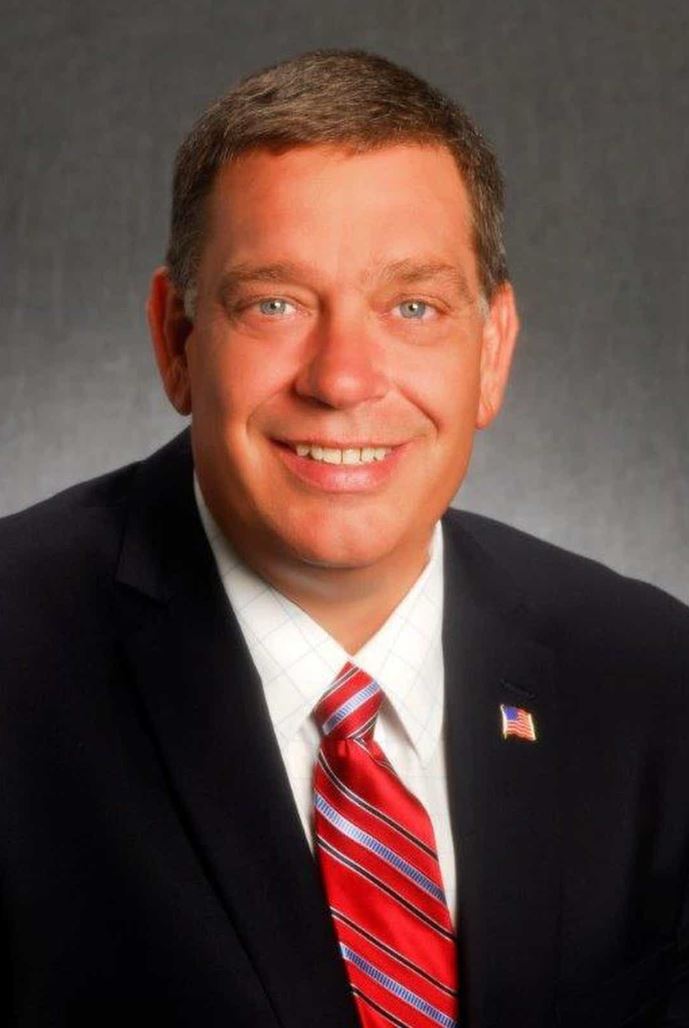 The Republican often expressed his scepticism regarding coronavirus on social media and even had a Facebook post labelled as false information.

In a May 30 post, he claimed the virus had been made up as a means to make sure Trump did not get re-elected in the November election.

He also claimed people who wore masks were being “manipulated to live in irrational fear” and went on to criticize them for allowing themselves to be “controlled by a socialist agenda”.

In July, he blasted the Center for Disease Control and Prevention and the World Health Organization saying they were “pure lying a**es”.

In the months leading up to his death, he also shared a video featuring a disgraced doctor who made several unfounded claims about the disease, including one where he believed coronavirus was caused by demons.

On the issue of lockdowns across the country, Tenpenny claimed they were designed to shut down “the US economy, blaming Trump and setting up a One World Govt”.

Tenpenny’s state, Tennessee has so far recorded more than 186,000 cases with deaths going over 2,270.

Vice Mayor Jim Shulman shared that Tenpenny had been hospitalized for almost a month after contracting the disease.

He had been placed on a ventilator in early September. 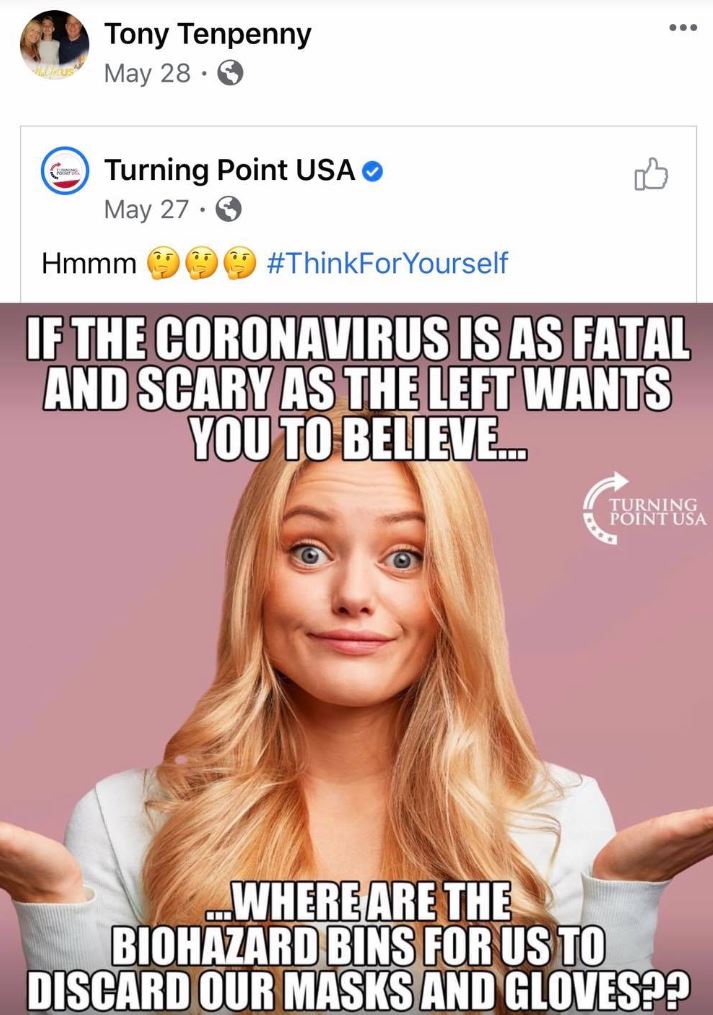 “I am always saddened when I learn of the death of a former elected official. My thoughts and prayers are with his family as they face this loss,” Shulman said.

According to the Tennessean, Tenpenny's wife, Robbie also shared the news of his death on social media saying: "It is with a very heavy heart that I let you all know, Tony passed away yesterday.

"Please pray for me, our son Ira and family as we precess this tragic loss.

Tenpenny served on the Metro Council from 2011-2015 and represented District 16.

He run for re-lection last year but was beaten by Ginny Welch.

According to NBC News, in a statement, Welch said: “The message to me is that Covid is no joke, it knows no boundary, and no matter what you might believe, it does nit care.

“Anyone can be felled by it. Not taking the precautions we know work to slow the spread is like playing Russian roulette.”

She warned people who do not take the disease seriously saying “you are risking your life and the lives of those around you”. 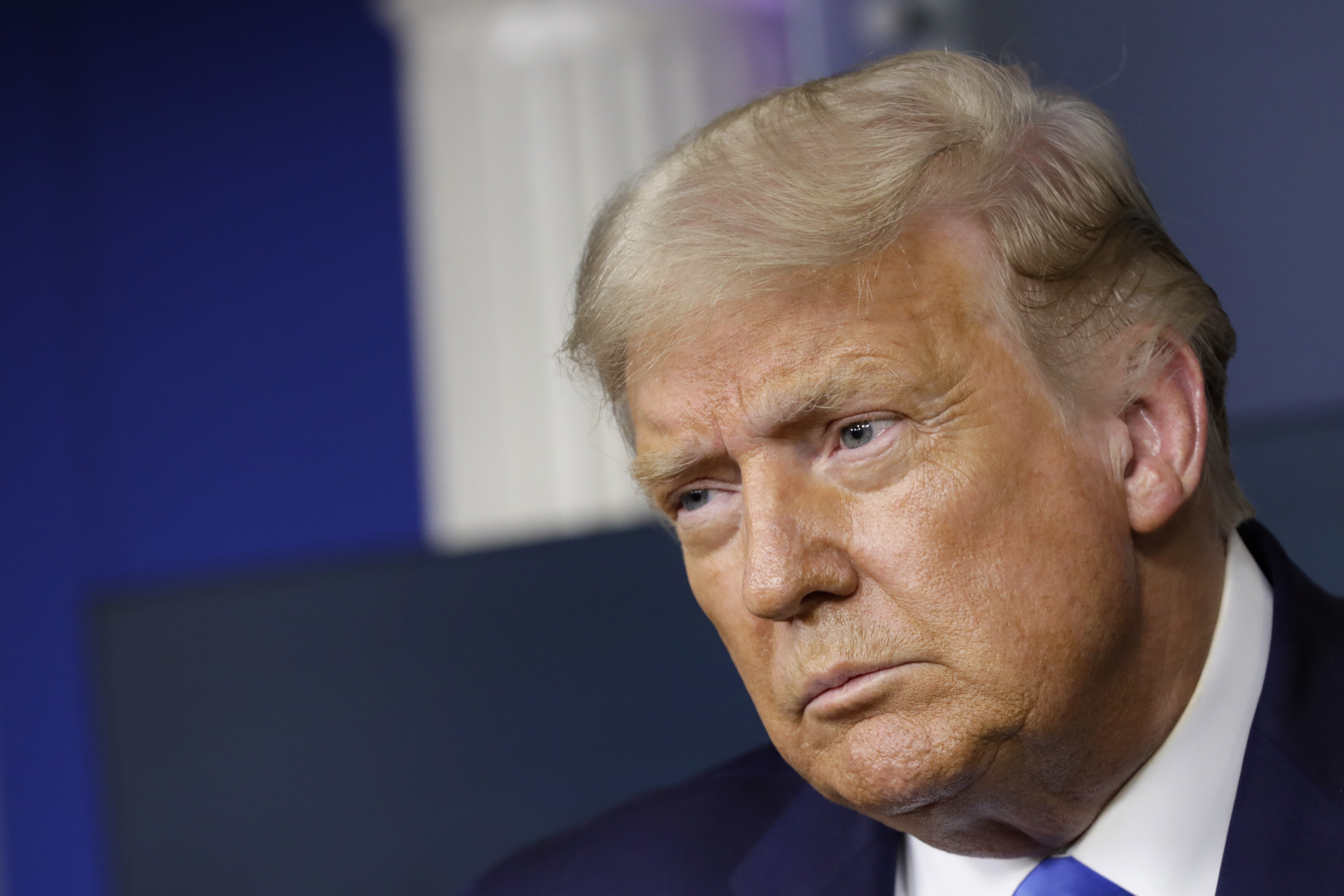