Victoria’s peak anti-corruption agency says its previous involvement in the Lawyer X saga should not preclude it from investigating current and former police who allegedly engaged in criminal conduct.

IBAC Commissioner Robert Redlich, QC, in a submission to the Royal Commission into the Management of Police Informants, denied his agency had previously decided police had no case to answer over their dealings with barrister-turned-informer Nicola Gobbo. 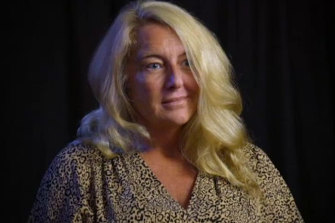 Responding to a submission by Queensland’s former special prosecutor Doug Drummond, QC, calling for a similar office to be established in Victoria to investigate police criminally implicated by material unearthed during the royal commission, Mr Redlich said his agency could do the job if properly resourced.

"The primary task of any further investigation of potential criminality associated with Victoria Police’s registration and use of Nicola Gobbo as a human source will be to evaluate the extensive body of documentary and other evidence which has now been gathered by the royal commission," Mr Redlich said.

"The prior findings of the Kellam inquiry would not impede upon IBAC’s ability to independently conduct an investigation of this nature, if it was deemed to be warranted and in the public interest."

Mr Redlich has previously said his agency would require additional resources and a referral from the Andrews government to properly investigate Ms Gobbo's handlers and the senior officers who managed their work.

It concluded "negligence of a high order" on the part of Victoria Police, but made no recommendations for charges to be laid.

Mr Drummond was appointed special prosecutor by the Queensland government to work alongside the Fitzgerald inquiry into police corruption.

His taskforce prosecuted and jailed Queensland police chief Terry Lewis and ended the careers of a generation of crooked officers. 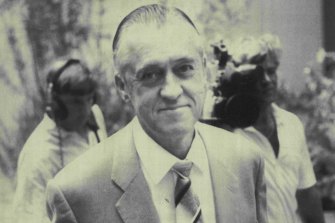 Former Queensland police commissioner Terry Lewis outside the Fitzgerald inquiry in 1988. He went on to be jailed for corruption. Credit:

Mr Drummond, in a submission published last week, urged Commissioner Margaret McMurdo to recommend the establishment of a special prosecutor.

He argued IBAC was compromised by its past involvement in the scandal and Victoria Police could not be trusted to investigate its own people.

Victoria Police did not respond to the submission. Commissioner McMurdo is due to hand down her findings on November 30.