A PASSENGER with Covid-19 on a Ryanair flight had "no symptoms" and the plane was just seconds from take-off when he received a text saying he was positive, a fellow traveller said today.

Fionn Murphy was about to fly from Stansted airport in London for a nine-day holiday in Pisa, Italy on Wednesday when the plane was suddenly stopped. 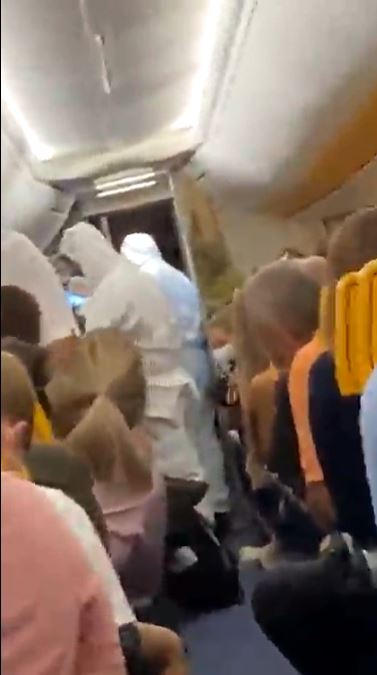 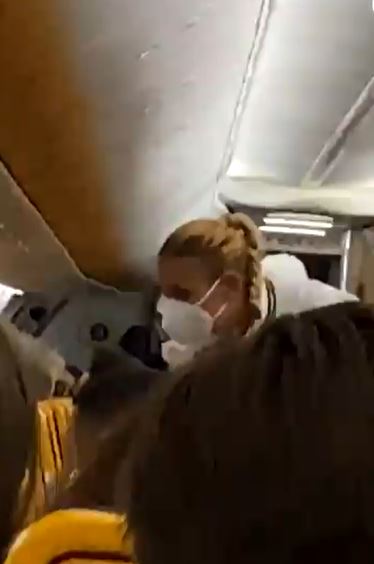 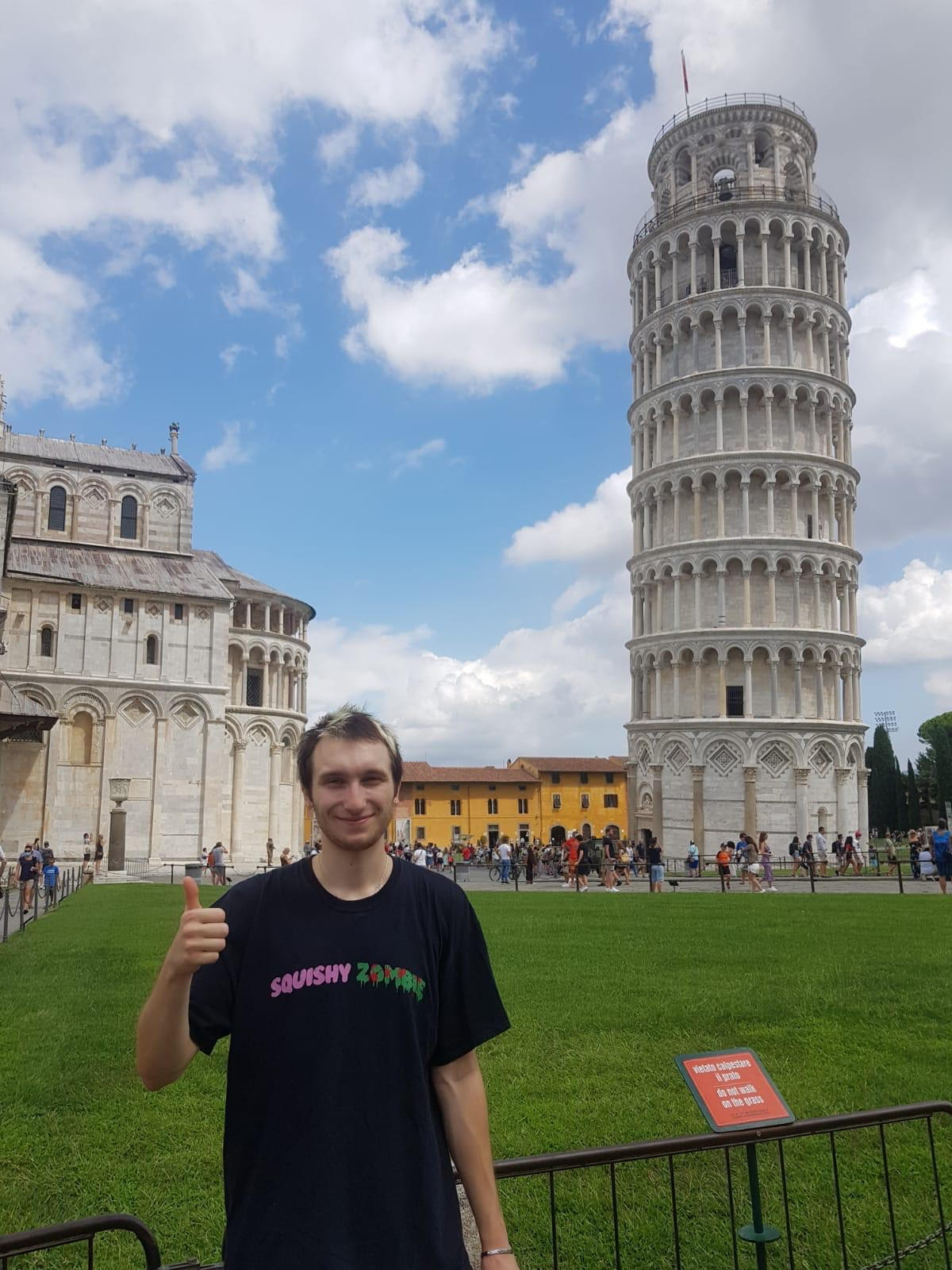 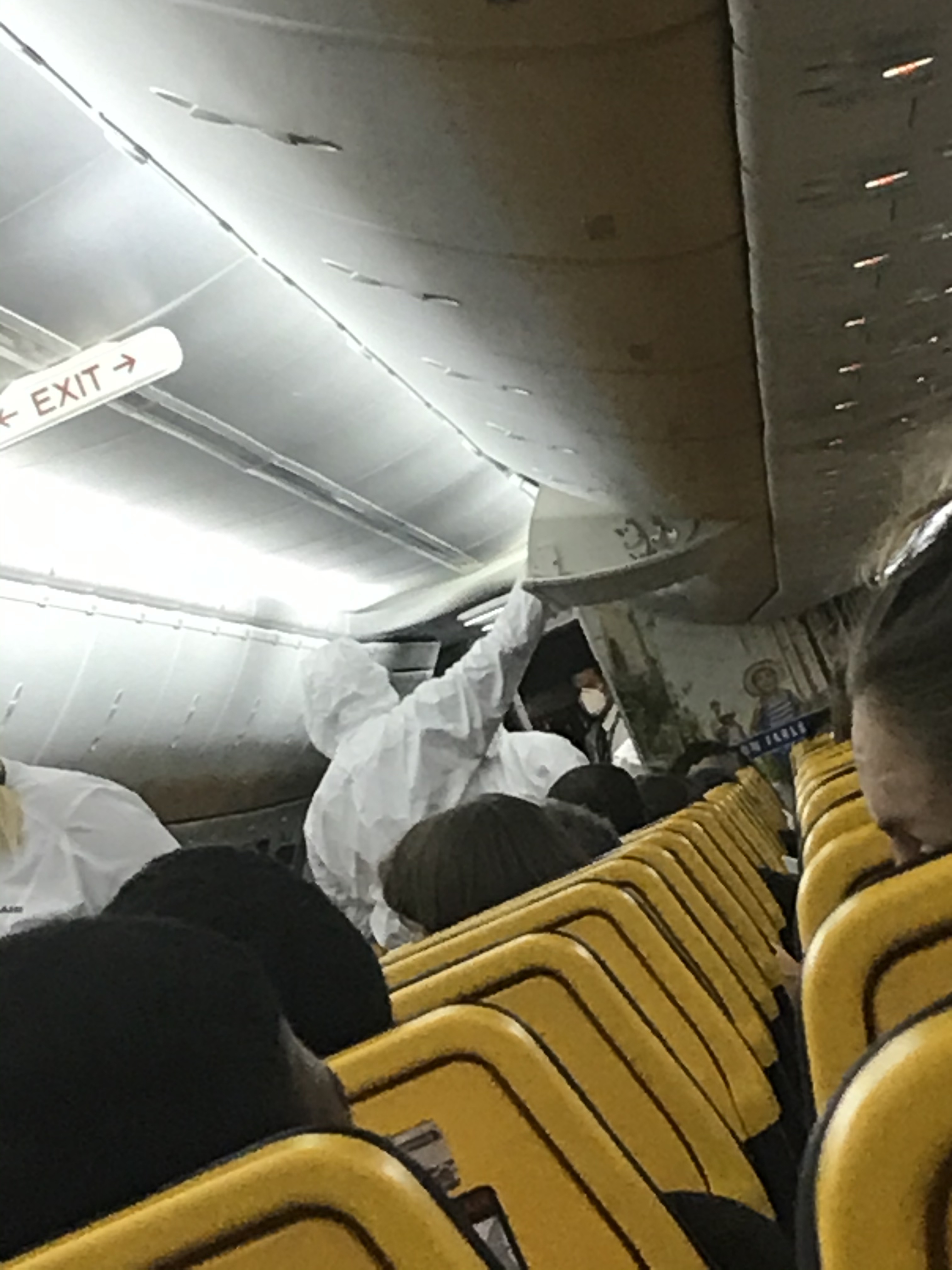 A passenger and his friend were then dramatically dragged off the plane by workers in hazmat suits.

Mr Murphy, 21, said the Ryanair plane was reversing and about to taxi to the runway before it stopped.

"The doors were shut, we were ready to fly… it was literally last minute," he told the Sun Online.

"I got up and walked towards the back of the plane to grab one of the empty seats back there and the air hostess told me to sit down as we were just about to take off. And then everything stopped."

Fionn said he assumed the infected passenger had received the text message confirming they were positive right before the flight was due to take off.

"At first I thought it may have been because of the result of a temperature check, but I didn't remember there being any," he said.

Fionn who was travelling to Italy with his mum Fliss Hamblyn, said he was angry about being exposed to the virus.

"We're the sort of family who disinfect our shopping, we take it very seriously," he said.

"It's just stupid on his part."

Fionn said Ryanair hadn't contacted him since the flight, and all passengers were able to disembark in Italy as normal.

"I've put my name out there, I'm waiting to hear back," he said.

Fionn shared a video to social media of workers in hazmat suits speaking to the passenger before they escorted him off the plane.

Ryanair did not respond to the Sun Online's requests for comment today, but said in a statement yesterday: "A passenger who boarded a flight from London Stansted to Pisa on August 26, received a text message notification before departure that he had tested positive for Covid-19.

"The passenger and his travel companion were immediately offloaded and taken to a Stansted Airport isolation area where they were assisted by local public health authorities.

"Since this passenger and his companion had complied fully with Ryanair health regulations, they were both wearing masks at all times at Stansted Airport and for the very short period (less than 10 minutes) they were seated on the aircraft prior to departure.

"There was little if any risk of Covid-19 transmission to other passengers or crew members as all of whom were also wearing face masks at all times.

"The aircraft departed for Pisa following a delay of 1 hour and 20 mins to allow for the empty seats and overhead cabin bins to be disinfected to comply with all UK health authority guidance. Ryanair apologises to all passengers for this short delay."

Flight attendants disinfected the pair's seats and the overhead cabins and the plane was then able to fly to Pisa, Italy nearly two hours behind schedule.

But despite the drama, passengers were told they didn't have to isolate after they arrived at their destination.

In a cabin announcement, passengers were told: "There is no need for self-isolation, ok, when we arrive in Pisa because the Government doesn't require self-isolation from the UK and no test, ok.

Passenger Jake today told the Sun Online they had been left "extremely nervous" after watching the scenes unfold on their flight – his first overseas trip since the pandemic hit.

He said: "Of course, we were worried what the situation would be when we arrived in Italy, and when we returned to the UK after our holiday.

"We were very concerned that we would have to self isolate, which would have of course completely affected our plans.

"This made us feel extremely nervous for the entire flight that there would be problems upon arriving into Italy."

Jake – who was heading to Italy for a four night trip with friends – said that the crew had handled the situation well after authorities moved in to remove the passengers off the plane.

He added: "I believe the passenger got the text while we were sat on the aircraft. We had pushed back from stand, started the engines and were ready to go.

"We then waited about 10 mins and returned to stand where the issue was dealt with."

Video filmed by a horrified passenger showed three people dressed in protective gear approaching the passenger and his friend.

Other passengers were told to stay in their seats as the infected man was approached.

A flyer took an audio recording of one of the crew members explaining what happened – it starts halfway through a sentence but confirms "Covid-19 on board".

They added: "[The] Captain said that before you probably didn't understand because the radio was very low.

"They are taking this person out, ok, and then we can depart.

"There is no need for self-isolation, ok, when we arrive in Pisa because the Government doesn't require self-isolation from the UK and no test, ok.

"This is for now the information that we have."

Another audio recording from the pilot said two passengers had been taken off the flight, with the captain saying "Two passengers which… one got the text from authorities from the UK.

"Now we are waiting for the authority."

Anyone travelling from the UK to Italy does not currently have to quarantine upon arrival, due to the air bridge arrangement between the countries.

A Stansted Airport spokesman said: "The airport were made aware of the passenger by the airline and our fire service attended the aircraft and escorted the passenger (and travel partner) to an isolation area where they were put in contact with Public Health England, who then oversaw the passenger’s onward journey."

If the passenger received the text message before boarding the plane then he had broken coronavirus quarantine rules.

NHS England has told people with symptoms or awaiting a test result to stay at home.

"If you are getting a test because you have symptoms, you and anyone you live with must stay at home until you get your result. Anyone in your support bubble must also stay at home," their advice reads.

It can take up to 72 hours for coronavirus test results to come back.

A passenger on the flight posted a photo to Instagram showing her and a friend wearing masks.

"The face when you are about to take off and someone gets a text from track and trace," she captioned the photo. 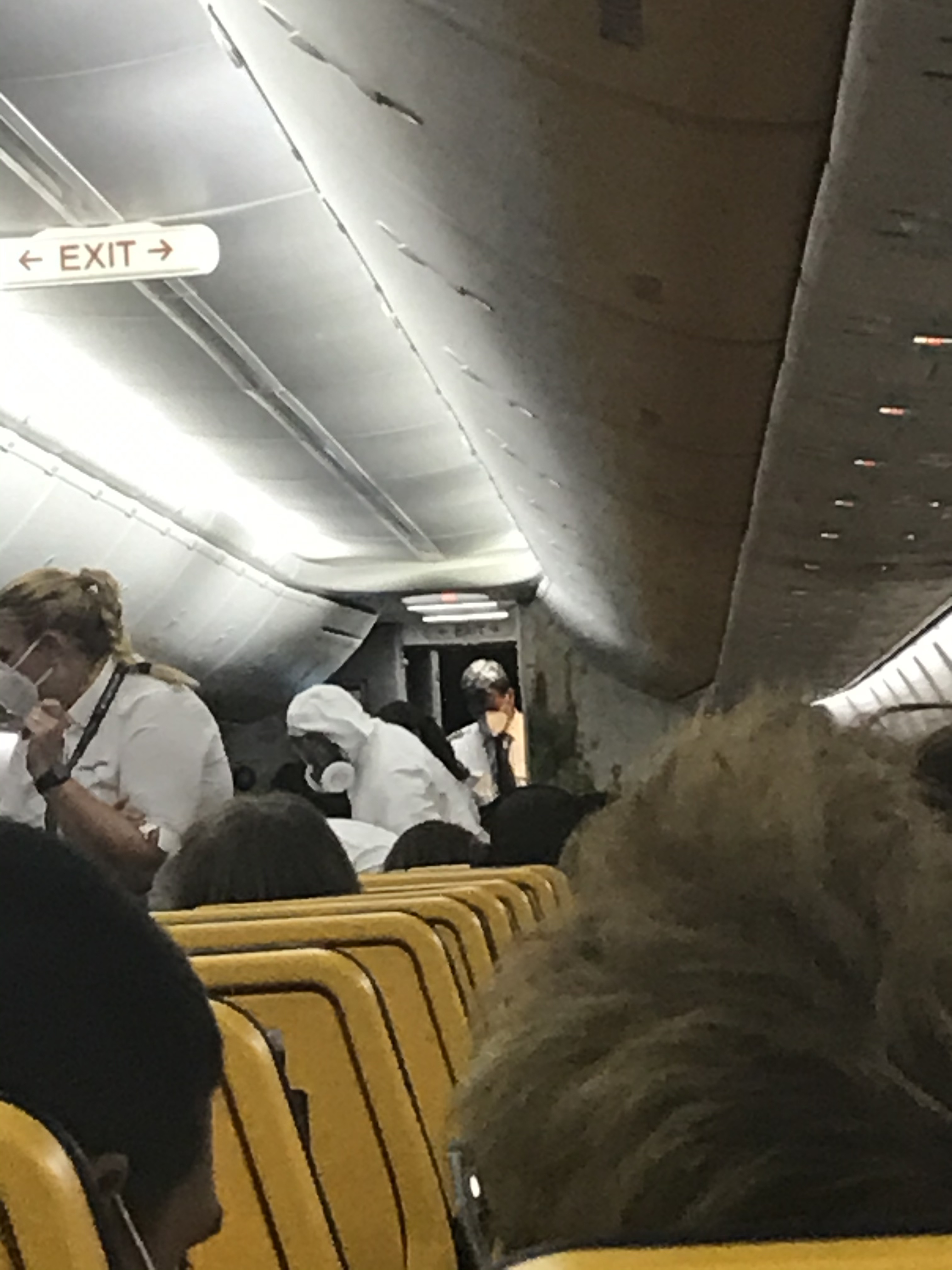 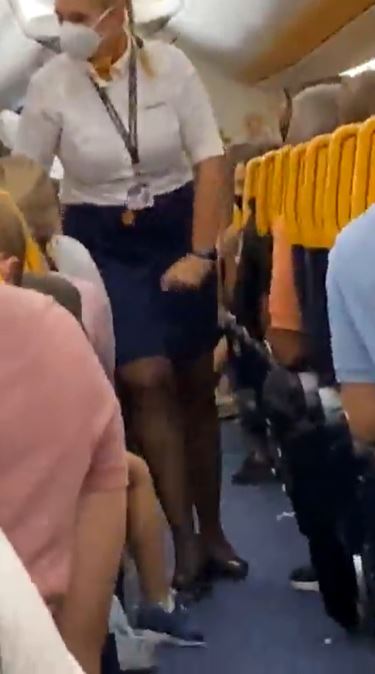 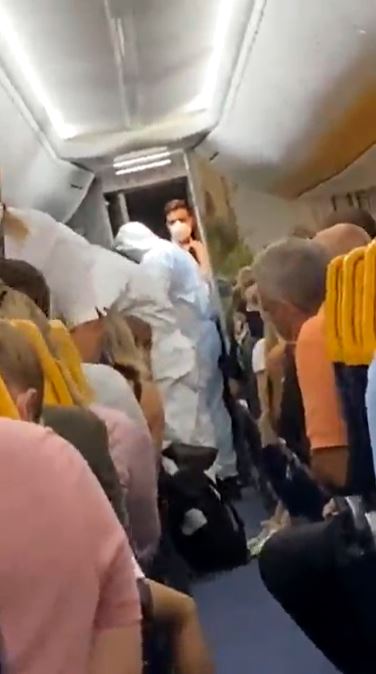