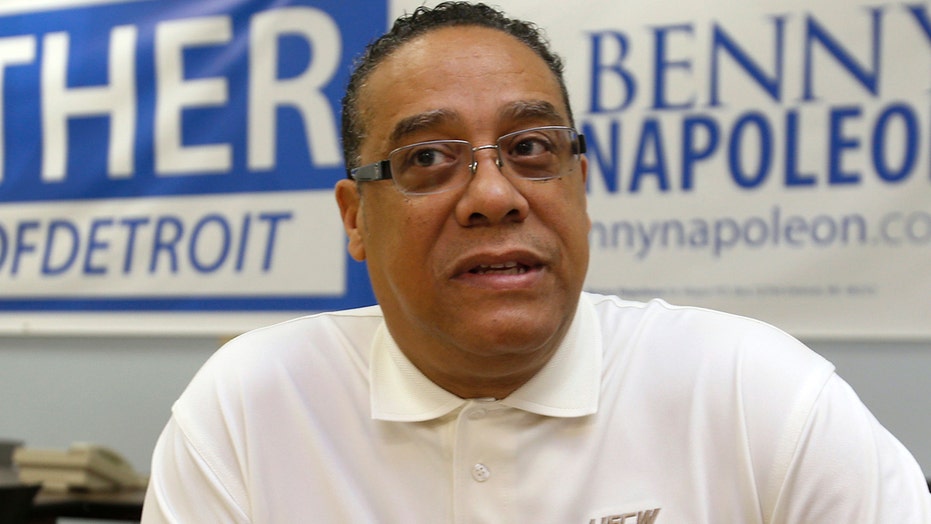 Chris Christie on coronavirus PSA: ‘Please, everybody wear a mask’

Benny Napoleon, a Detroit-area sheriff who spent decades in Motor City law enforcement and whose police chief brother overcame COVID-19 earlier this year, succumbed to the illness. He was 65.

The Wayne County sheriff died Thursday night, a month after he was placed on a ventilator, at Henry Ford Hospital, local media reported. 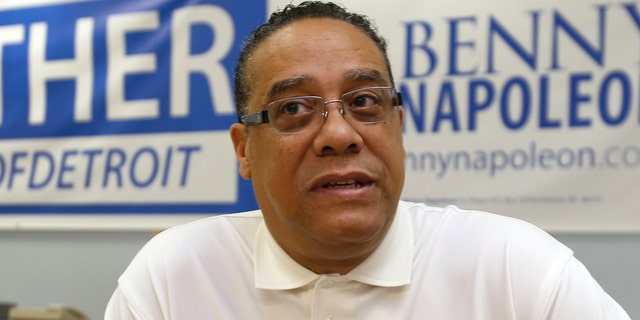 Wayne County Sheriff  Benny Napoleon during an interview with Reuters at his campaign headquarters in Detroit, Mich., in 2013.
(Reuters/Rebecca Cook)

"Benny had so much life yet to live; our community has once again lost someone larger than life to this vicious pandemic," Michigan Attorney General Dana Nessel tweeted late Thursday night. "My heart goes out to Benny’s family. It was an honor and a privilege to call him my sheriff."

PENCE GETS COVID-19 VACCINE TO SHOW IT'S 'SAFE AND EFFECTIVE'

"Sheriff Napoleon’s love for the people he served was returned many times over. His quick laugh, eager partnership, and candid counsel is what I will miss most," she tweeted.

Napoleon’s career in public service began in the Detroit Police Department in the 1970s. He later served as its chief and became the Wayne County sheriff more than a decade ago.

In 2013, he ran for Detroit mayor, losing to Mayor Mike Duggan, who told the Detroit Free Press Friday that the career law enforcement officer had been courageous.

"I cannot think of a leader in this town who has been more loved and admired than Benny," he told the paper. "He was born in the city…and loved Detroit as much as anyone I’ve ever known."

The Wayne County Sheriff’s Office has lost members to COVID-19 before. More than 200 members have tested positive for the illness, and three deputies and a commander died.

Napoleon’s brother, Hilton, the police chief in nearby Highland Park, spent 71 days in a hospital with the coronavirus, according to WJBK, the Fox owned TV station in Detroit. In a sad twist of fate, four of the family’s five siblings have contracted the illness.

"He did everything that he possibly could not to catch this," Hilton Napoleon told the station. "But by him being a public servant … you can try to protect yourself as best as you can, but this virus is very contagious and very deadly. We are just asking for prayers for our family that we can get through this."

Napoleon, the son of a minister, spent some of his time off coaching Little League baseball, PAL basketball and served on the boards of other youth-oriented programs to keep kids out of crime.