The US President slammed who he described as an "activist Obama appointed judge" – as he vowed to challenge the order. 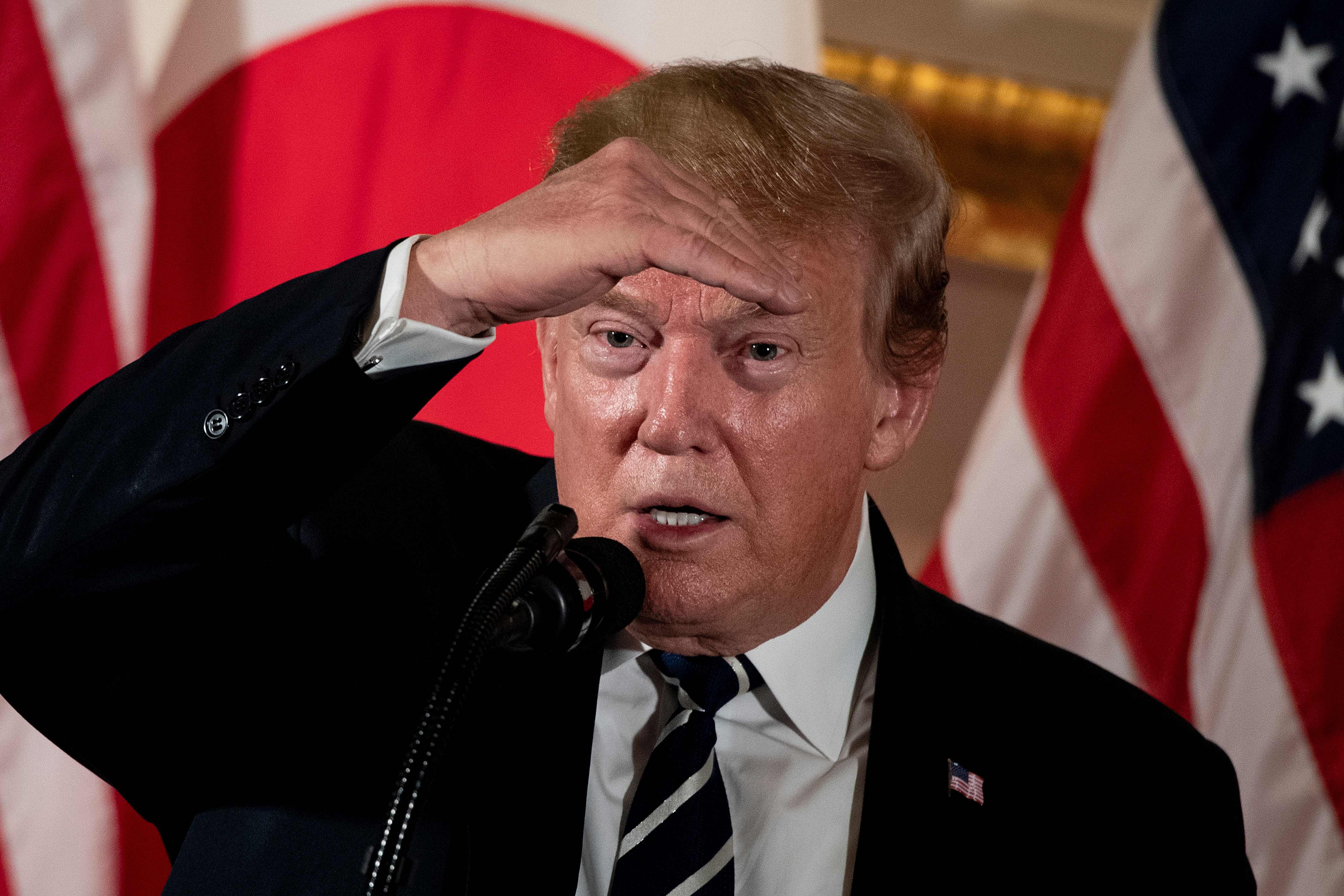 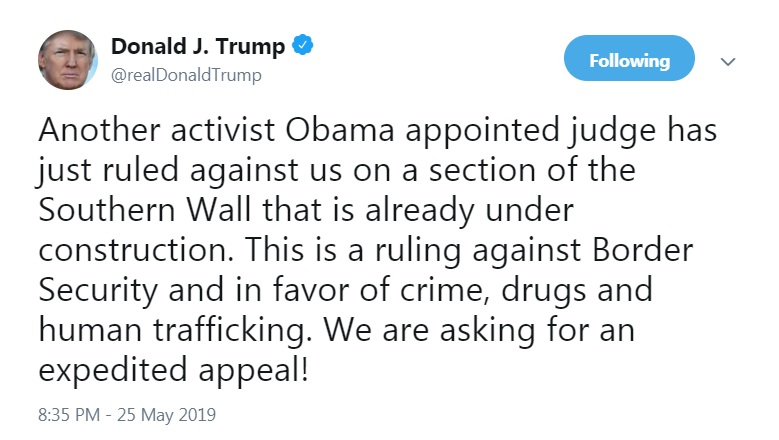 The order applies to two planned Pentagon-funded projects to add 51 miles of fencing in two areas – 46 miles in New Mexico and another covering 5 miles in Yuma, Arizona.

Tweeting last night from Japan, where he is making a visit, President Trump said: "Another activist Obama appointed judge has just ruled against us on a section of the Southern Wall that is already under construction.

"This is a ruling against Border Security and in favor of crime, drugs and human trafficking."

President Trump went on to say that the White House is asking for “an expedited appeal” to try to overturn the ruling.

At stake is billions of dollars that would allow Trump to make progress on a signature campaign promise heading into his upcoming reelection battle.

Dror Ladin, a lawyer for the American Civil Liberties Union, said: "This order is a win for our system of checks and balances, the rule of law, and border communities."

Trump faces several lawsuits over the emergency declaration to channel funding into the border wall effort.

On Thursday, a judge in Washington DC heard arguments on a challenge brought by the US House of Representatives that says the money shifting violates the constitution.

The judge was weighing whether the lawmakers even had the ability to sue the president instead of working through political routes to resolve the bitter dispute.

Trump declared a national emergency in February after losing a fight with the Democratic-led House that led to a 35-day government shutdown.

As a compromise on border and immigration enforcement, Congress set aside $1.375 billion (£1.08bn) to extend or replace existing barriers in Texas' Rio Grande Valley, the busiest corridor for illegal crossings.

Trump grudgingly accepted the money – but then declared the national emergency to siphon money from other government accounts, identifying up to $8.1 billion (£6.37bn) for wall construction.

The President's adversaries say the emergency declaration was an illegal attempt to ignore Congress.

Trump inherited barriers covering 654 miles – or about one-third of the border with Mexico.

Of the 244 miles in awarded contracts, more than half is with Pentagon money.

All but 14 miles (22 kilometers) awarded so far are to replace existing barriers, not extend coverage. 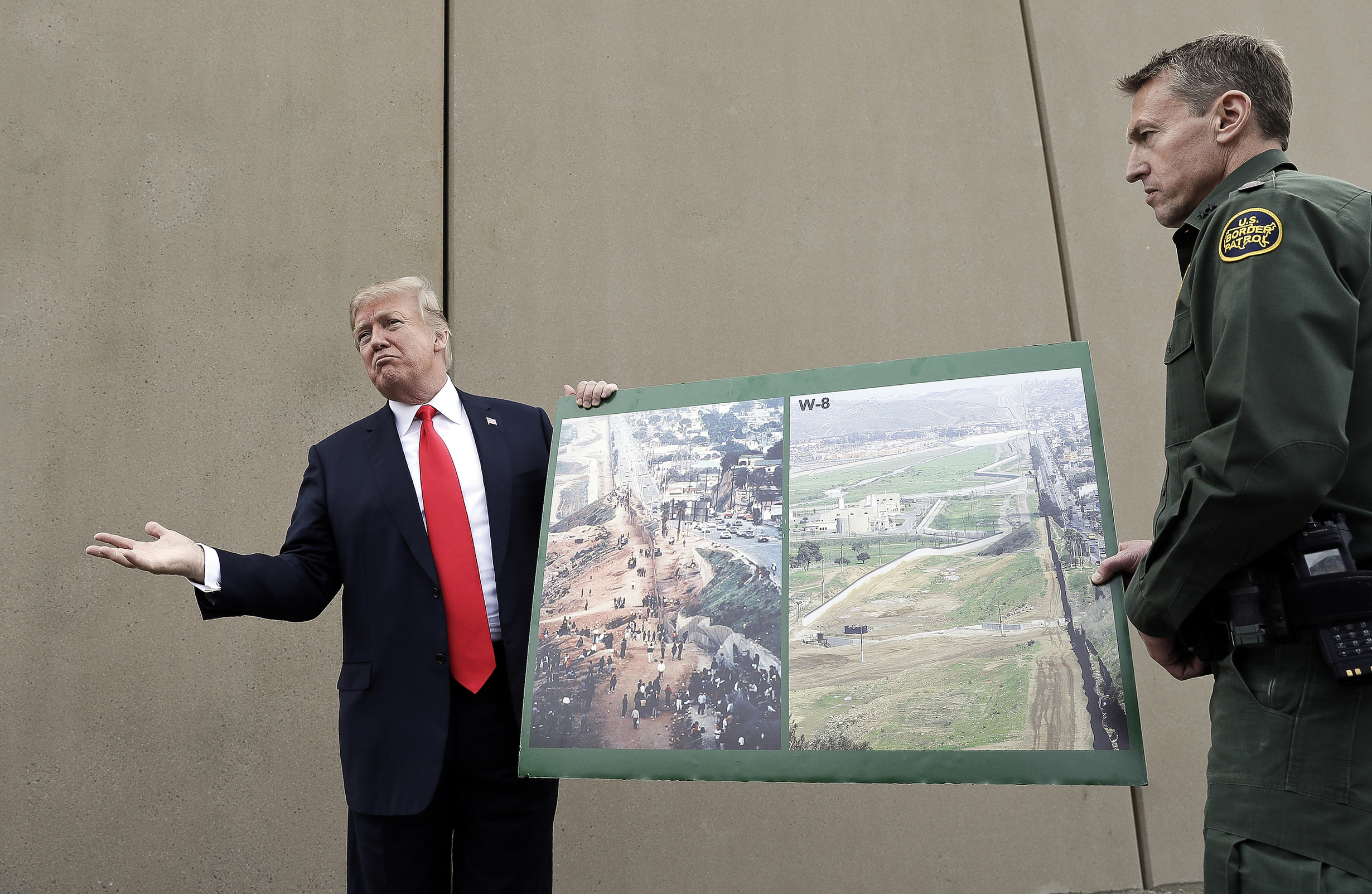 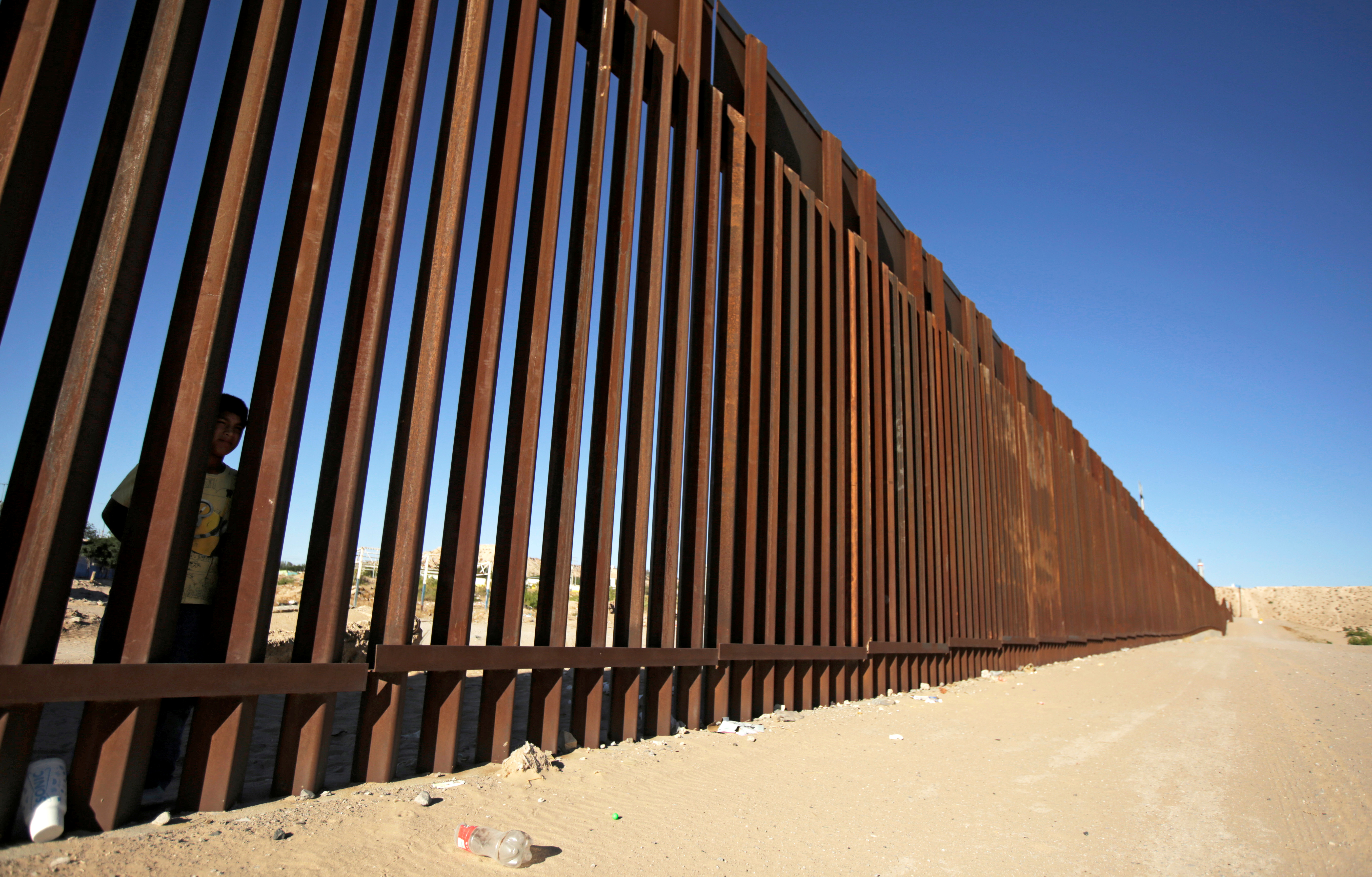 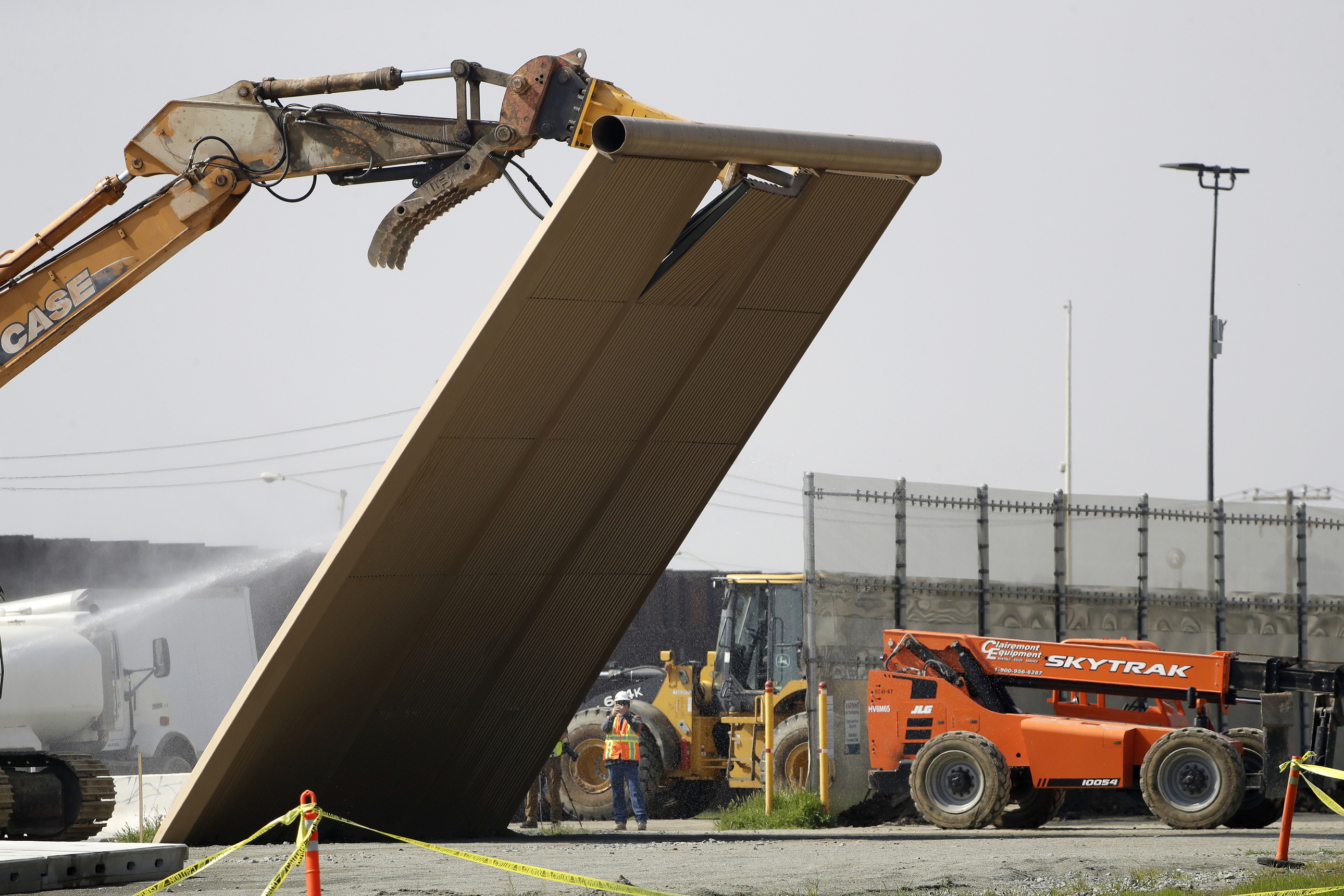