A medieval cathedral city will be split into five zones with residents and tourists facing fines for driving through boundaries from one area to another as part of radical proposals to cut congestion.

Motorists in Canterbury, Kent, will be penalised from one zone to another – meaning they will instead have to drive out of one neighbourhood onto a new ring road around the city, before re-entering their chosen section.

Critics say the council’s so-called Canterbury Circulation Plan will stop direct journeys across the virtual lines, meaning that short trips to supermarkets, cafes and GP surgeries in cars will be banned and create more traffic.

The proposals – which some claim could double journey times – are part of a local plan which will encourage residents to walk, cycle or use public transport and is modelled on a system used in the Belgian city of Ghent.

Visitors and tourists will also no longer be able to use car parks within the historic city walls under the plans – and parking areas will therefore have to be moved to match the revised system, which is yet to be approved.

Council leader Ben Fitter-Harding, a Conservative, has worked on the initiative for the past two years and is confident the transformation of the city’s road network will be a success. 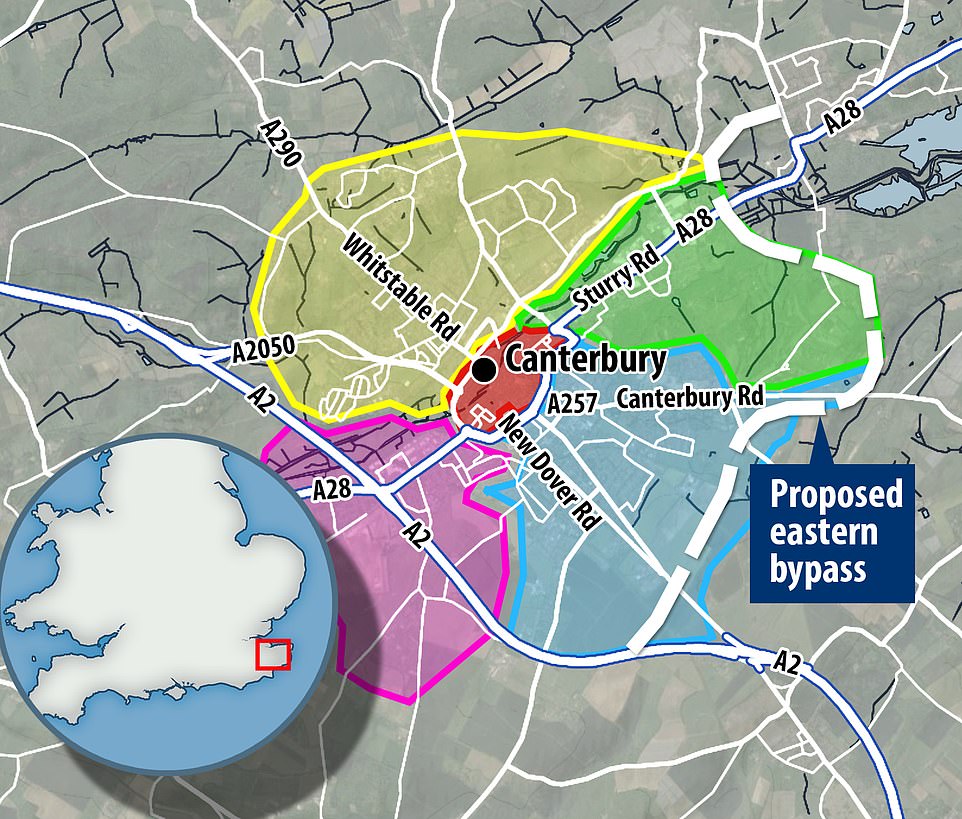 The Canterbury Circulation Plan proposes to divide the city into five zones and driving to a new section must be accessed via an outer ring-road instead of driving directly between each. Pictured: the proposed zones

He said: ‘The purpose isn’t to declare war on motorists – the purpose is to make things easier. Congestion isn’t sustainable on the trajectory it is on.

What is the Canterbury Circulation Plan and how will it affect motorists?

The Canterbury Circulation Plan will work by dividing the city into five zones, which are based on the major routes in plus the city centre.

The proposals will see more room given to pedestrians, cyclists and buses on the city’s inner ring road, while private cars will get less room.

Drivers won’t be able to drive from one side of the city to another by passing through the centre of Canterbury, in order to ease any potential extra congestion this will cause.

Some residents will be exempt – as well as delivery vehicles, taxis and Blue Badge holders – but the system will be managed by automatic number plate recognition (ANPR).

Anyone needing to access another zone must use the outer ring-road, the A2 which will have new junctions.

As part of the plans, there will be an Eastern Movement Corridor which connects the A28 and A257 with the A2 and an upgraded Rough Common Road.

Meanwhile, car parks will be moved to match the new system.

The Canterbury Circulation Plan aims to cut congestion and tackle pollution, however plans are ‘some years down the line’.

‘I really hope that in 2045 people will look back and see this is what made Canterbury realise the potential it has. No one’s movement will be constrained at all – it’s cars going down the rat runs that will be stopped.

‘For residents within the five zones, they can access the facilities within their neighbourhood by car if they need to. But if you want to travel into a different neighbourhood, the best way to do that will be by walking, cycling or using public transport.

‘It would likely be a frictionless system, so there will just be cameras and no barriers. We’d fine people if they just decided ‘I’m going to drive across the city, I don’t care’.’

Under the proposed scheme, Automatic Number Plate Reading (ANPR) cameras will be operating at entry and exit points to each of the area. This will stop drivers from sneaking between neighbourhoods without facing a fine.

Mr Fitter-Harding added: ‘We’re not going to create physical barriers, but if you drive between neighbourhoods you’d receive a fine.

‘In an emergency, you wouldn’t be prevented from going through, but mostly it would only be people with permits – taxis, delivery vehicles, blue badge holders and public transport – who’d be allowed.

‘When other cities tried this approach, the technology wasn’t there – but now we have it. We’ve got loads of experience with ANPR so we’ll be able to deploy a system like this. The amenities and services that you’d need would all be in your neighbourhood.

‘You wouldn’t have all the rat running, and there’d be more space to park your cars and space for bus provision and lanes. It will be a nicer environment, so it’d be fantastic if we can achieve it.

‘That enables the city centre to be a far nicer and more vibrant place for people to live, work and visit through a dramatically better public transport system.

‘At the moment our public transport is stuck in the same traffic that everybody else is. We can create something which will be so much better than we have now.’

But others have blasted the plans and questioned how people will go about their day-to-day lives.

Local resident Gill Smith, 54, lives on the border of one the proposed zones with her parents, Doreen and Ken, who are both in their mid-80s and have dementia.

She told the Daily Telegraph: ‘My parents have carers and they visit four times a week. How are they going to get here? It will be impossible. I just don’t understand.’ 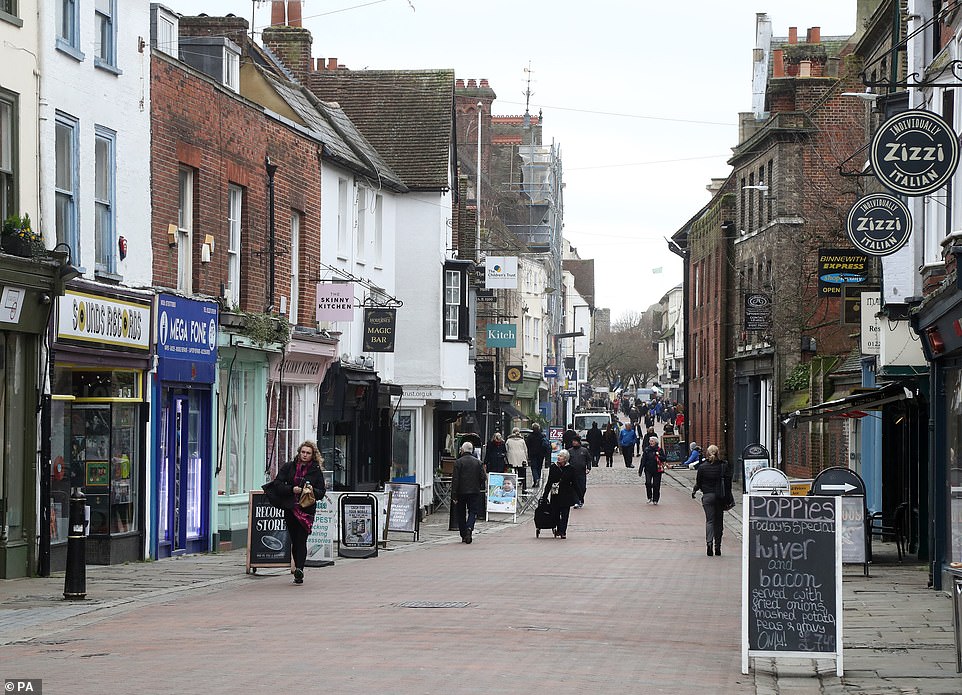 And Nick Eden-Green, a local Liberal Democrat councillor, insisted the proposals would cause serious disruption to the lives’ of residents.

He said: ‘Getting to shops, supermarkets, cinemas, cafes, let alone the hospital or the doctor, will mean difficult and much longer journeys for many existing residents, let alone new ones.

‘It will actually add to the traffic, not reduce it. That flies in the face of trying to be carbon neutral. When I visit friends I don’t consider which zone they are living in. It’s frankly ridiculous.

‘You’re creating ghettos where people are locked in and can’t travel elsewhere. Whether or not you can go to the supermarket may depend on what side of the road you live on.’

The council’s cabinet will make a decision on whether to carry out a three month consultation period on the plan during a special meeting next week.