Now Edinburgh could introduce a tourist tax: Labour council chiefs plan to cash in on spike in visitors after the Queen’s death with tax that could rake in £15m-a-year

Edinburgh council chiefs could introduce a so-called ‘tourist tax’ following a huge spike in visitor numbers following the Queen’s death, amid reports it could bring in £15million a year.

The city is one of the UK’s most popular destinations, seeing 4.9million separate trips from both domestic and international travellers in 2019.

Now leader of City of Edinburgh council, which is a Labour minority authority, Cammy Day, hopes to bring forward a timeline for a tourist levy in November – and said 85 per cent of locals and businesses supported the tax.

He warned the city will struggle to manage large scale events in the future without investment and that the prominent role played in the Queen’s mourning proceedings by the city will only increase the number of visitors.

Edinburgh would be the first city in the UK to introduce the tax, although 40 cities and countries around the world already have similar measures.

The SNP and Labour are both in favour of the policy, but the Scottish Conservatives have previously voiced strong opposition, saying it would ‘damage’ the local economy.

Wales and Cornwall are also considering a tourist tax, although some businesses fear it will only drive visitors away.

After the Queen passed away at Balmoral earlier this month, her coffin was initially transported to Edinburgh where it lay in state in St Giles’ Cathedral. Hundreds of thousands of people crowded the city streets to watch the coffin procession, as well as queuing for hours to see Her Majesty for one final time. 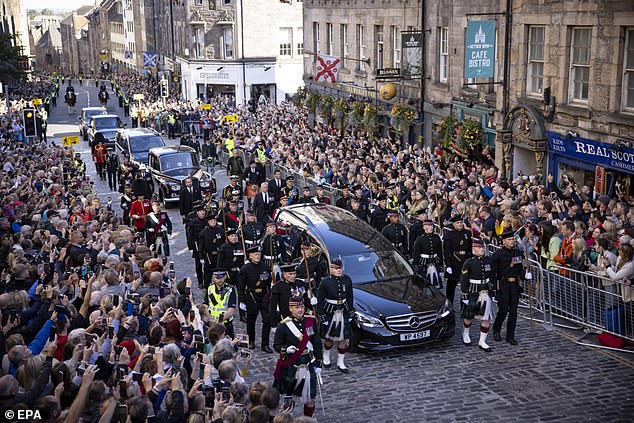 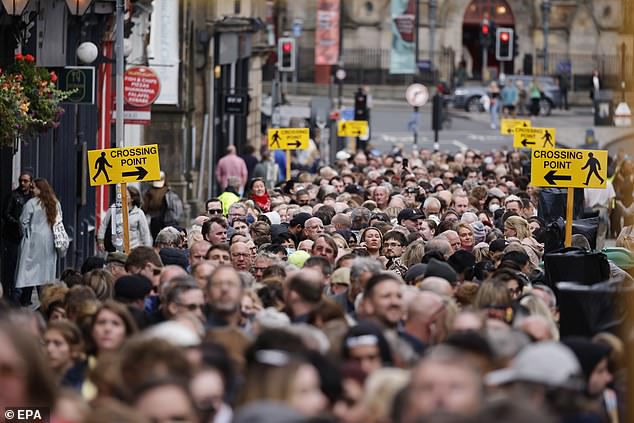 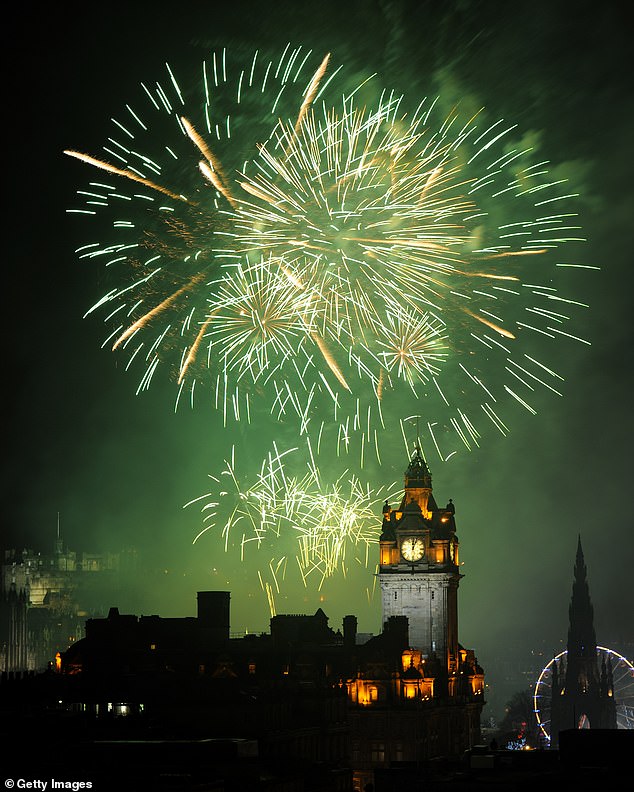 Edinburgh’s tourism industry supports around 30,000 local jobs, with overnight visitors spending over £1.9billion a year – and popular events such as Hogmanay and the Edinburgh Fringe Festival can see the city’s population practically double overnight.

Labour Councillor Mr Day said: ‘The scenes in the last ten days from Edinburgh’s response to the death of the Queen were exceptional.

‘And I have no doubt that these stunning images of our city, which were beamed around the world to billions of people, will translate into even more interest in Edinburgh as an incredible place to visit.

‘This is, of course, hugely welcome – particularly for businesses following the hardship of the pandemic and in the face of steep inflation.

‘But we must acknowledge that spikes in visitor numbers to Edinburgh are not without their challenges.

‘As we all know, the city’s population more than doubles in August during the Festivals, and Hogmanay remains one of the most famous celebrations on the planet.

‘While we are of course well versed in hosting major events, Edinburgh is a small city.

‘We need to manage how the city’s popularity affects our people and how it impacts our streets.

‘Our economic strength has brought us a great deal of success but, without an additional income stream, we will struggle to manage and support this success in the future.

‘That’s precisely why we’ve worked so hard to convince the Scottish Government to give us the necessary powers to introduce a visitor levy, or tourist tax.’

Wales and Cornwall councils are both considering a similar tourist tax, but unlike Mr Day’s claims over its popularity in Edinburgh, Welsh businesses are fearful it could do more harm than good.

Christopher Frost, restauranteur and chairman of North Wales Tourism, said now was not the time for a tourism tax.

‘The cost-of-living crisis has seen an enormous surge in the price of energy, utilities and food,’ he said.

‘For many, prices have in some cases doubled or tripled and this has made the cost of doing business extremely high.

‘With the sector skills shortage, the challenges from an unregulated Airbnb market, the rise in employment costs, this is the wrong time to launch a consultation on a bed tax that will add further to the cost of doing business, will hit the confidence of an industry that has not yet overcome the challenges of the pandemic and will create further bad publicity for an industry that is already struggling.’

The proposed levy is one policy brought about through the Welsh Government’s co-operation agreement with Plaid Cymru.

Plaid Cymru’s Cefin Campbell said it could ‘make a real difference’ in developing and protecting local services and infrastructure.

The tourist tax in Edinburgh would see a proposed £2-a-night surcharge per visitor to the city – although exact details as to how this will be charged have not yet been unveiled.

Mr Day for Edinburgh said he was pleased First Minister Nicola Sturgeon has confirmed that ministers will lay a bill before parliament early next year.

Writing in the Edinburgh Evening News he said he is ‘determined’ to see the tax implemented as soon as possible – with hopes it could bring in £15m a year.

He said: ‘Edinburgh is a gateway for tourism to the whole of Scotland and significantly contributes to the nation’s hospitality sector and economy.

‘Sector statistics say that it supports around 30,000 local jobs, with overnight visitors spending over £1.9bn a year in the city.

‘We estimate that a levy could raise in the region of £15m per year – funding which could secure additional resources to invest sustainably in and managing the success of tourism.

‘I want to be clear that these any visitor levy would be for the benefit of all of Edinburgh, not just the city centre.

‘All the research suggests a small levy would not deter tourists from visiting the Capital.

‘And, when we consulted with residents and businesses – including accommodation providers – 85 per cent had strong support for the levy’s introduction.’