‘Might the Sunaks find a way to make some free-will gift, as did Baldwin, to show their hearts are in the right place?’ he asks, adding: ‘Is there some collective gesture by the rich, led by the Sunaks, that could give us what Baldwin called a ‘spiritual impetus’ this gloomy Christmas?’

Lord Moore might set a trail blazing example by donating some of his substantial Maggie Thatcher biography royalties. The Iron Lady would approve! 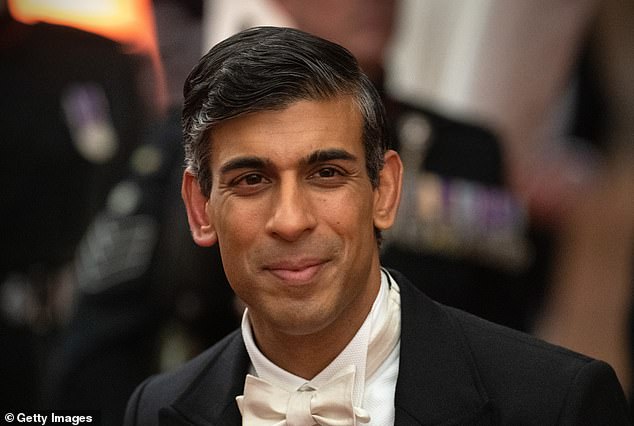 ‘Might the Sunaks find a way to make some free-will gift, as did Baldwin, to show their hearts are in the right place?’, asks Charles Moore. The PM is pictured above attending the Lord Mayor’s Banquet at The Guildhall on November 28

Andrew, the royal with the most inflated sense of self-importance, fumes that his armed guards are being removed. A source whispers that during one of the routine briefings with security officials before his fall from grace, Andrew suggested it might be sensible for the royals themselves to be armed. Perhaps he was thinking of his granny the Queen Mother teaching herself to shoot by targeting the Buck House rats lest she come face to face with a German. So whose picture would Andrew have pinned up to use as target practice?

Kristin Scott Thomas, pictured, has fond memories of working on Richard Curtis’s Four Weddings And A Funeral which she was convinced would be a ‘dud’. ‘I’m now very proud of being in that film,’ she says. ‘Making it was one of the happiest times we had but we were all being paid, you know, £2.20.’ As the film grossed £200million worldwide, how much did Richard get? 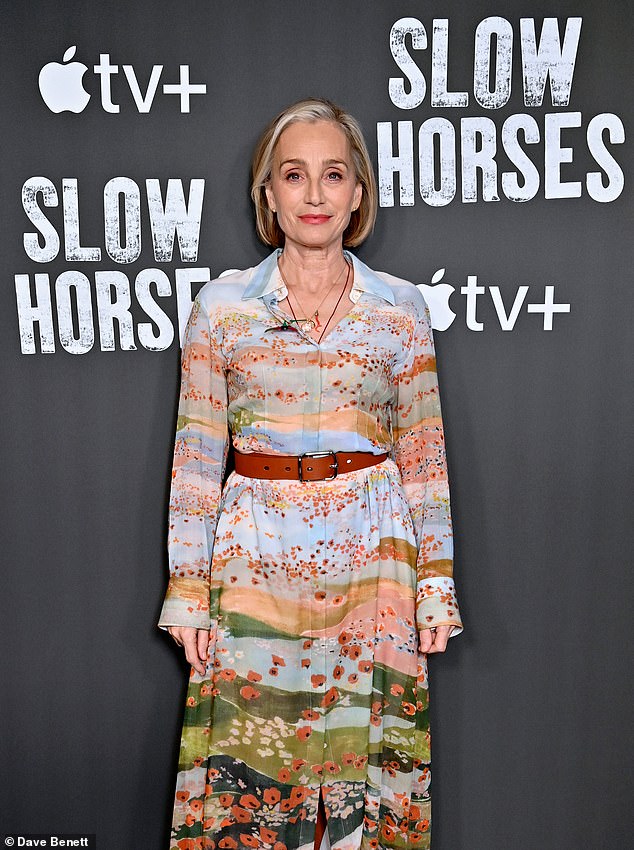 Kristin Scott Thomas, pictured, has fond memories of working on Richard Curtis’s Four Weddings And A Funeral which she was convinced would be a ‘dud’

Tony Blair, lauding Matt Hancock’s celebrity jungle courage, congratulates former Labour Cabinet member Ed Balls for ‘reinventing himself in an extraordinary way’ post-politics. Has he forgotten his officially approved biographer Anthony Seldon’s description of Ed as Gordon Brown’s enforcer demanding to know when Tony was quitting No 10? He told Seldon he felt like ‘an abused and bullied wife’ after confrontations with the now-TV personality.

Stephen Merchant threatens to abandon budget airline Ryanair after he was placed in the front row due to his six foot six frame. ‘I had to sit there while every single passenger walked by, sometimes giving a verdict on me, the work I’ve done, just on the fact I was tall,’ he says. ‘I felt like I was the cuddly toy on the conveyor belt on The Generation Game – it was so intense.’ Surely The Office co-creator, worth an estimated £30million, can afford to hire a private jet? 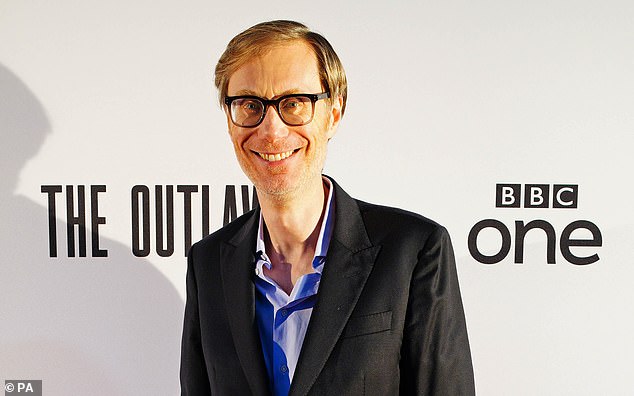 Dawn French would like to be buried in her full Vicar Of Dibley vestments, adding: ‘The coffin will be solid gold but I’m thinking with a perspex top so you can see through. It will be raised upright on the Tamar Bridge with ‘You are now entering Cornwall’ written underneath.’ Has Dawn made a premature pre-emptive strike on the festive sherry?