EXCLUSIVE: Meghan Markle pulls out of glitzy LA awards ceremony where she ‘planned to speak about tropes holding women back’ alongside Hillary Clinton – following the death of the Queen

Meghan Markle has decided to pull out of a lavish LA awards ceremony following the death of the Queen last week.

Markle, 41, was to be fêted at a lavish event for Variety’s new ‘Power of Women’ issue on September 28 alongside Hillary and Chelsea Clinton and would have spoken about the ‘tropes holding women back’.

A source close to the awards ceremony said that ‘Meghan has gracefully declined to take part after the death of Queen Elizabeth’. 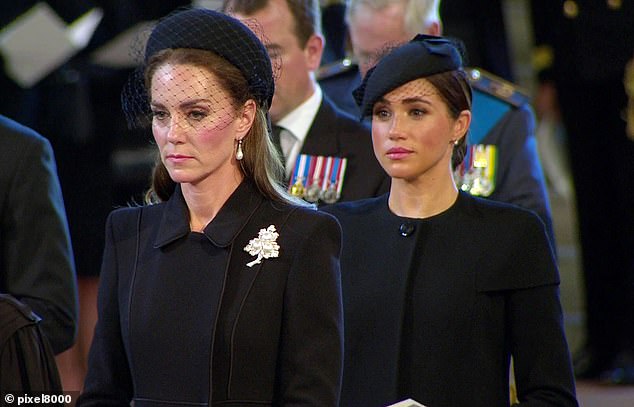 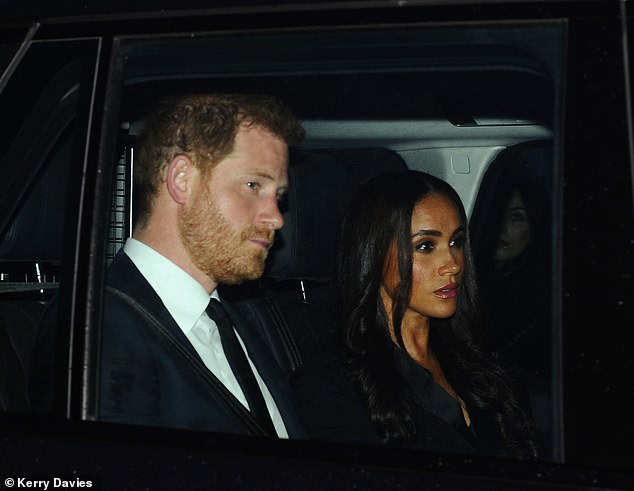 The Duchess of Sussex, who is currently in London with Prince Harry for the Queen’s funeral was planning to speak about stereotypes that harm women

The Duchess of Sussex, who is currently in London with Prince Harry for the Queen’s funeral was planning to speak about stereotypes that harm women, as well as highlight the work of Marshall Plan for Moms, a group dedicated to women’s economic empowerment.

Meghan was expected to echo comments she has made in her controversial podcast, Archetypes – which she postponed indefinitely following the British monarch’s death aged 96. 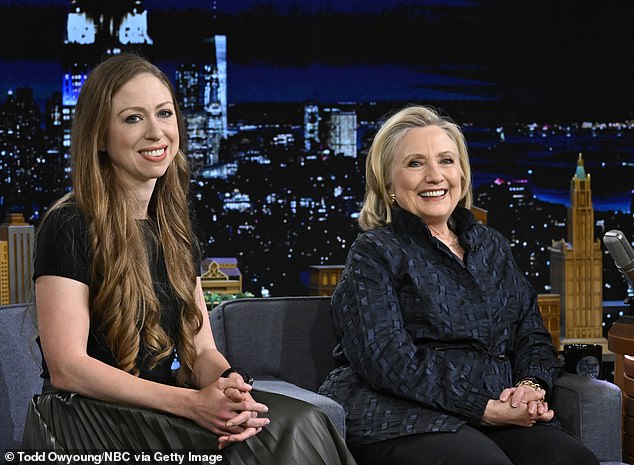 Hillary and Chelsea Clinton are also among the honorees, and will speak at the event about ‘the importance of celebrating women and sharing their stories’ 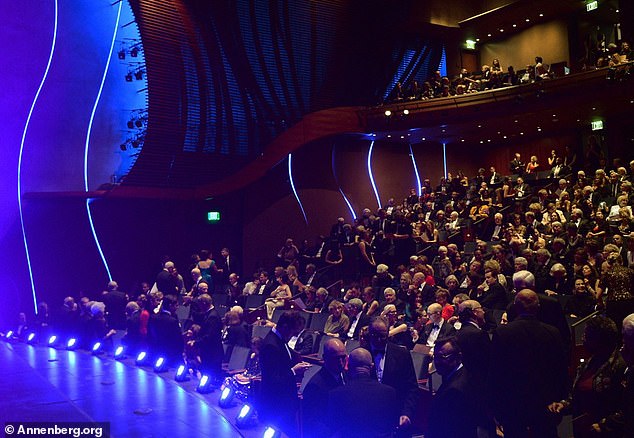 Variety’s Power Of Women – Los Angeles event will be held at the Wallis Center (seen in a file photo) on September 28, with Meghan Markle among the honorees 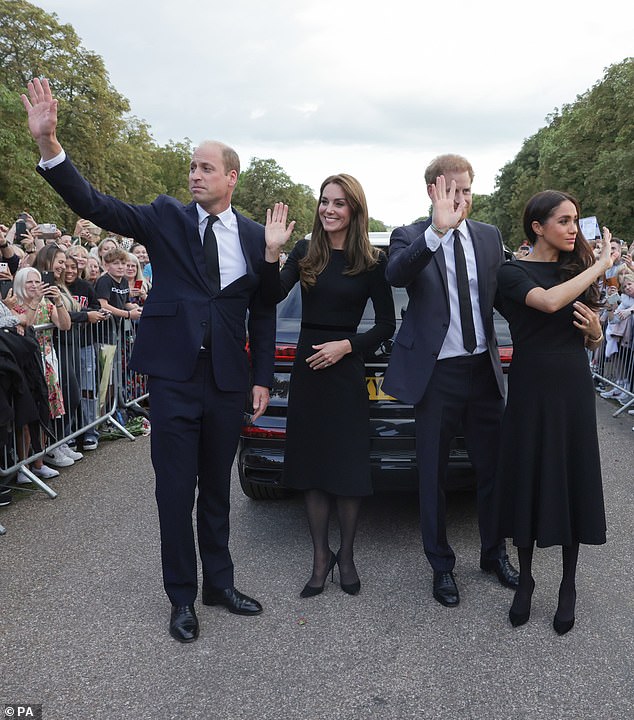 She offered a possible preview of what her speech would have been in the latest episode, telling actress Mindy Kaling that she was frustrated at being told a ‘million times over’ that she was lucky Prince Harry had chosen her when they became engaged.

‘But, thankfully, I have a partner who was countering that narrative for me and going “They’ve got it all wrong. I’m the lucky one because you chose me”,’ Markle recounted.

Meghan has turned down the accolade from Variety as she and Harry navigate their return to the UK after almost two years of constant sniping at the Royals from their new home in Montecito, California.

Indeed, they stunned the world by appearing alongside William and Kate at Windsor Castle to meet wellwishers and thank them for flowers on Saturday. 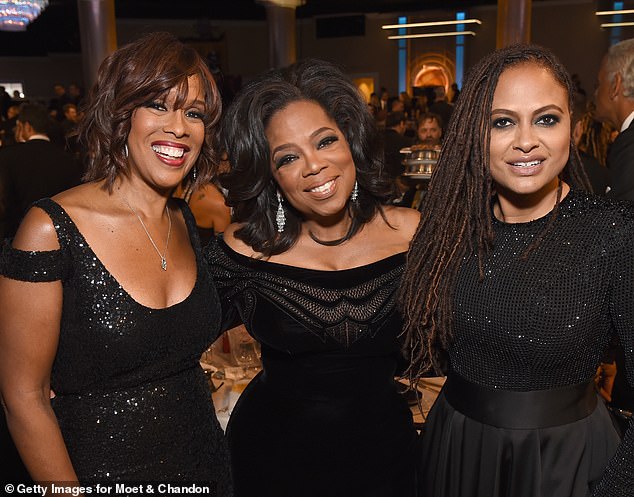 Oprah Winfrey and filmmaker Ava DuVernay (together above), who are behind the TV show Queen Sugar, will speak about the importance of hiring female directors at the ceremony on September 28

Their appearance together at Windsor was the first time the two couples had all appeared in public together since Commonwealth Day on March 9, 2020, just weeks before the Covid lockdown.

And on Wednesday night, they joined other royals for dinner at Buckingham Palace after the Queen’s coffin was laid to lie in state at the Palace of Westminster.

It is the latest sign that the brothers have put aside their strained relationship to present a united front as the Royal Family mourns the passing of Her Majesty. 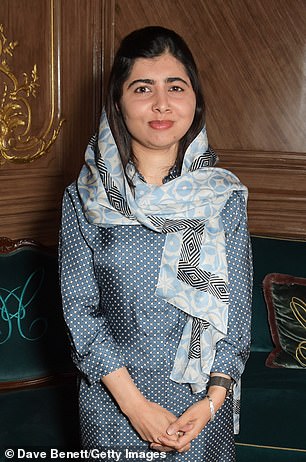 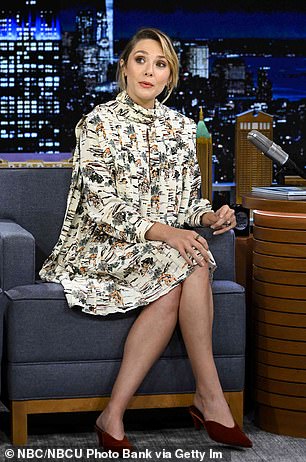 The Hollywood-glitz of the Variety ceremony on September 28 will be a world away from the somber events that are unfolding in London.

Hillary and Chelsea Clinton, who have an upcoming documentary series celebrating ‘gutsy women’, will speak at the event about ‘the importance of celebrating women and sharing their stories.’

Winfrey and DuVernay, the masterminds of the hit TV drama Queen Sugar, will speak about the importance of hiring female directors.

Yousafzai, the youngest Nobel laureate in history for her work promoting women’s rights in Pakistan, will be speaking about young people in film and television and supporting the Pillars Artist Fellowship.

Olsen, the star of Marvel’s WandaVison, plans to highlight her support of Stuart House, a treatment program for sexually abused children.

And the Social Impact Award, sponsored by Google, will be presented to Jacqueline Martinez Garcel for the impact she has made as the CEO of the Latino Community