A BELOVED family kitten had its leg blown off and skin melted after sick thugs strapped him to a firework.

Lennie Cleary, 46, found her cat Boris – named after the PM – blood-soaked and in agony after he was blasted into the air. 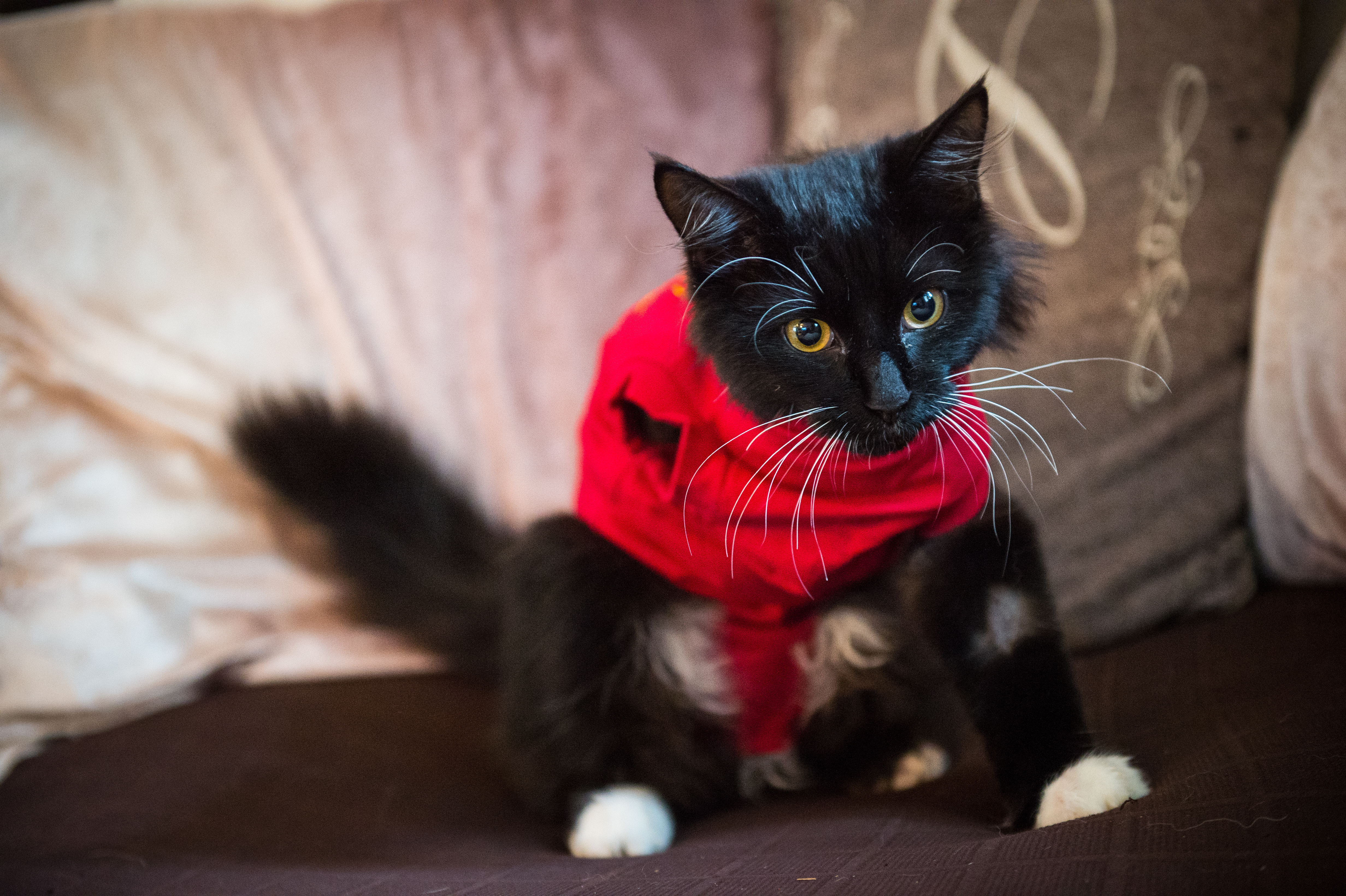 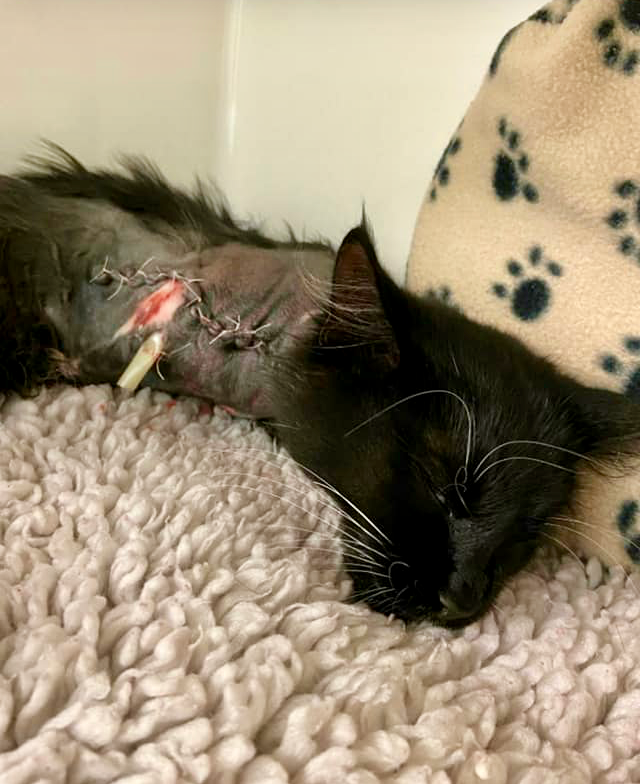 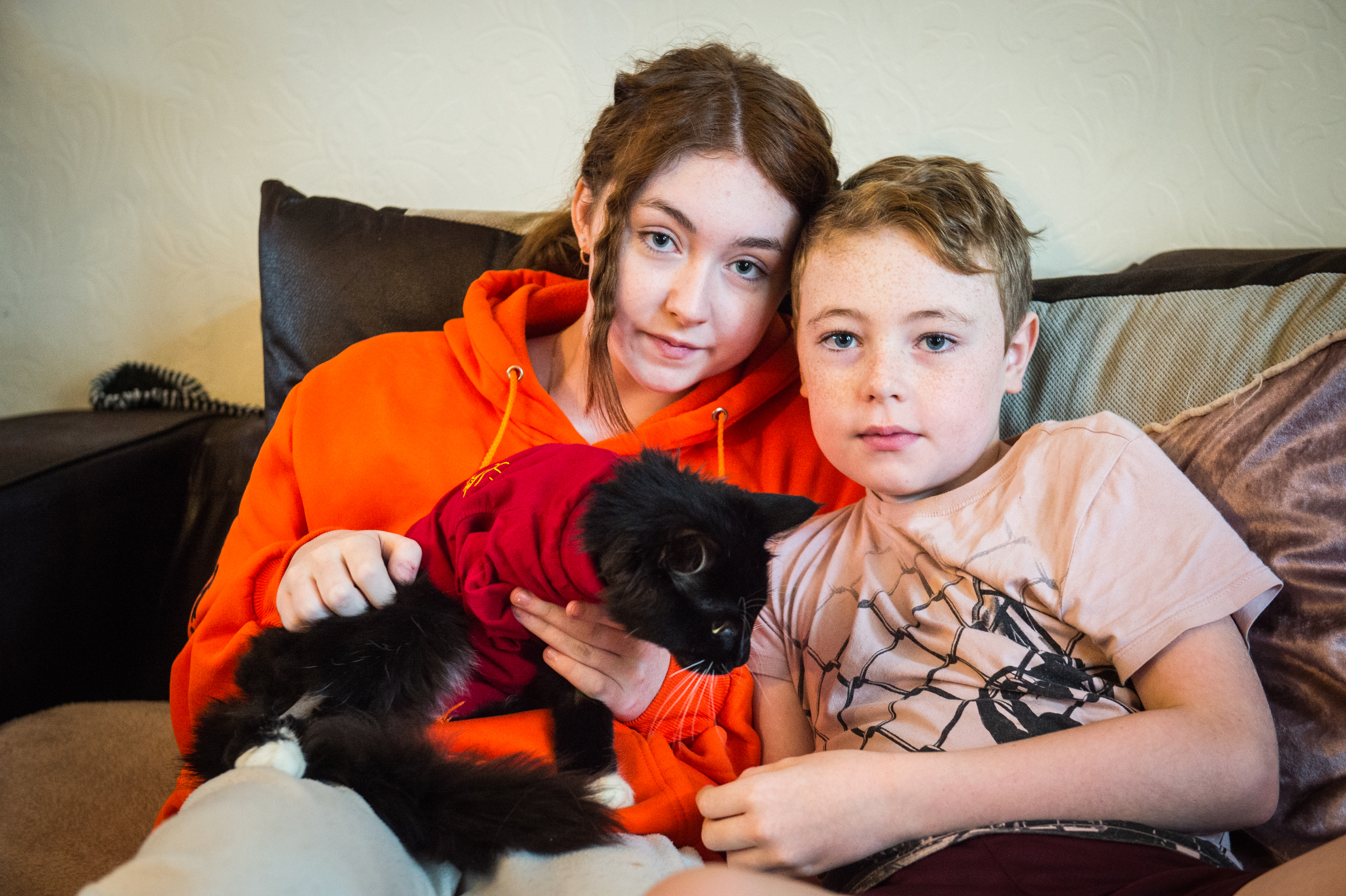 The poor black-and-white cat had his leg blown off and suffered horrific burns to his chest and neck – but is making a miraculous recovery.

“We want these sick people caught. Who could do something like this?”

Seven-month-old Boris vanished from his home in Leamington Spa, Warks, on November 5 spooked by firework bangs.

He was discovered the following afternoon meowing in distress at the back window of Mrs Cleary’s home.

She said: “At first I didn’t think it was Boris. He looked completely different.

His skin melted off – it’s a miracle he’s alive.

“But when I got closer I could see he was covered in blood. It looked like he had been run over. His skin was hanging off him. He was in a right state.

“We scooped him up with a towel and took him to the vets. They took a look and told us he’d had a firework strapped to his leg.

“I just can’t get my head around how cruel someone could be.”

Vets amputated the rest of Boris’s missing leg. He is on super-strength painkillers and faces a tough road to recovery.

He was reunited with Lennie, daughter Abbie-Jay, 16 and son, Logan, nine, yesterday.

Furious locals in Leamington have raised more than £2,000 towards the vet fees.

Someone has taken advantage of his good nature and done the most horrible thing to him.

Abbie-Jay has now launched a petition calling for tighter rules on the sale of fireworks.

“He would have gone to someone wanting a bit of fuss and they’ve picked him up and done what they’ve done.

“Someone has taken advantage of his good nature and done the most horrible thing to him.

Boris took his name after being born on the first day of the Prime Minister's national lockdown in March.

Police in Wrexham, North Wales, last week launched an investigation after a cat was killed by firework yobs.

Officers received reports a firework was strapped to the animal before being let off.

Lennie's daughter Abbie-Jay has set up a GoFundMe page to raise donations. 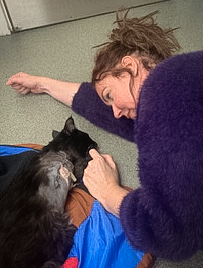 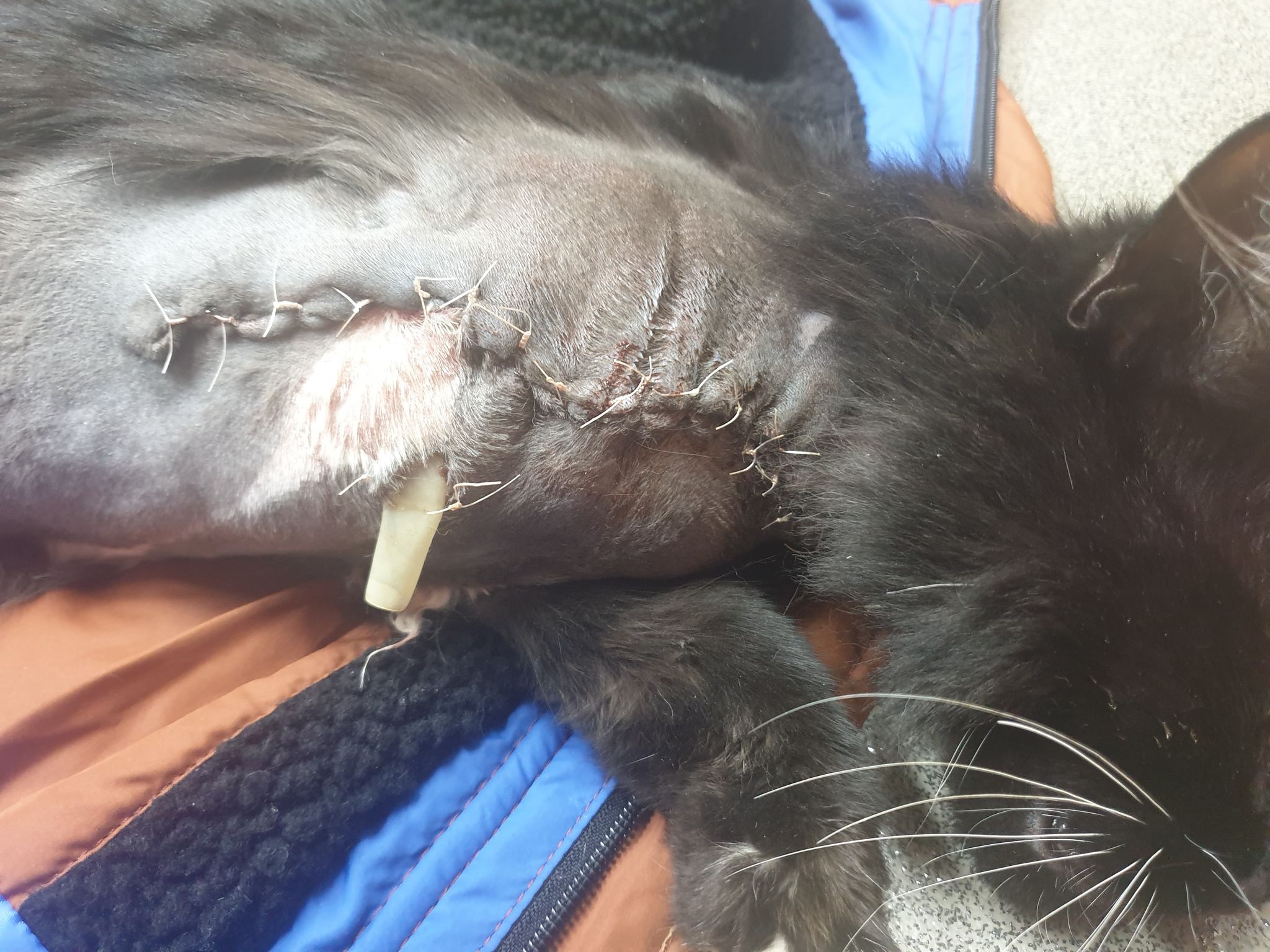 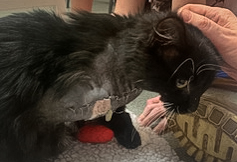 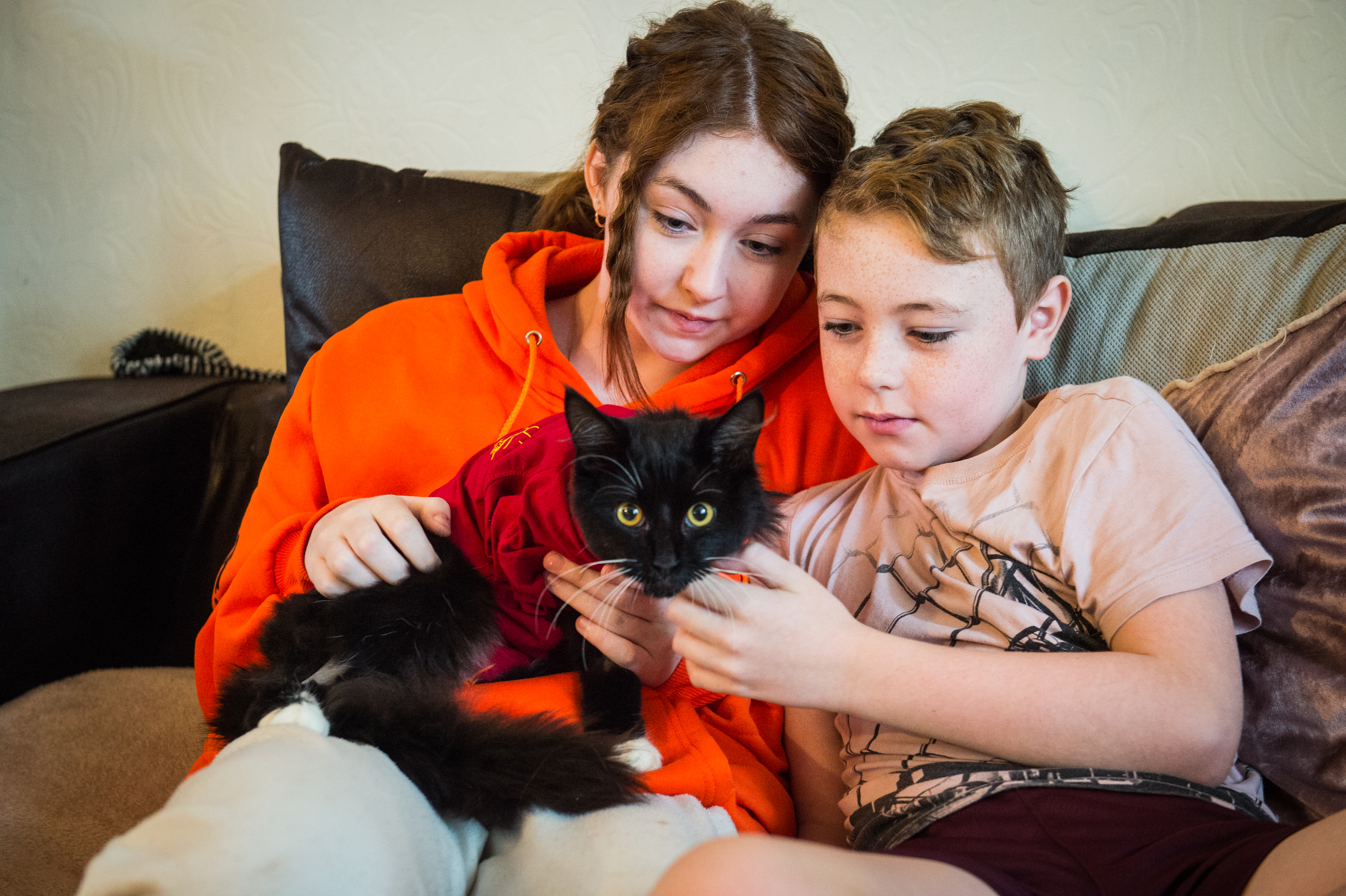