British farmers will have a say over trade policies and be able to make their views known on chlorinated chicken and other contentious issues.

International Trade Secretary Liz Truss has appointed key members of the industry to the board of a new Trade and Agriculture Commission.

The National Farming Union, along with veterinary groups and industry and consumer bodies such as the British Retail Consortium, will all be represented. 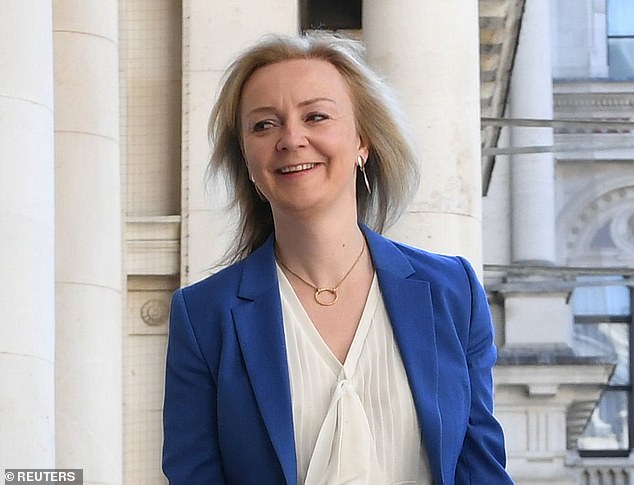 The body is advisory only, but sources said ministers intended to take into consideration any recommendations it made. It will be seen as yet another barrier in the way of the UK lowering food standards to strike trade deals with other countries.

Miss Truss has faced pressure from Tory MPs to not compromise on standards. The British farming industry has also appealed for this country’s produce to be protected after the Brexit transition period comes to an end in December.

The commission, which is chaired by former Food Standards Agency head Tim Smith, is designed to provide expert advice to ministers on how trade policies secure opportunities for UK farmers and upholds high standards.

Sources said the commission would focus on reversing the US ban on British lamb, and on opportunities for British beef, salmon and cheese.

Miss Truss said: ‘The commission will ensure the voices of the public and industry are heard, and that their interests are advanced and protected. It will advise the Government on how Britain can remain a world leader in animal welfare and environmental standards, and how we can seize new export opportunities.’

The commission will produce a report on which policies the Government should adopt in free trade agreements.

Mr Smith said: ‘The commission has an engaged, passionate membership who share my commitment to providing the Government with robust, evidence-based advice on ensuring that trade policy is fair for consumers, farmers and producers.

‘This is a critical moment in time for UK farmers and food producers. There is a real appetite for growth and for seizing new opportunities.’