Pyongyang added that it would respond to joint exercises by the United States and South Korea with ‘sustained, resolute and overwhelming’ military measures.

The warning came amid a spate of missile tests by North Korea in recent weeks, including four ballistic missiles fired on Saturday, days after the United States and South Korea concluded their biggest-ever air force drills.

The ‘Vigilant Storm’ exercises were an ‘open provocation aimed at intentionally escalating the tension’ and ‘a dangerous war drill of very high aggressive nature’ toward North Korea, the General Staff of its Korean People’s Army said in a statement carried by the official KCNA news agency. 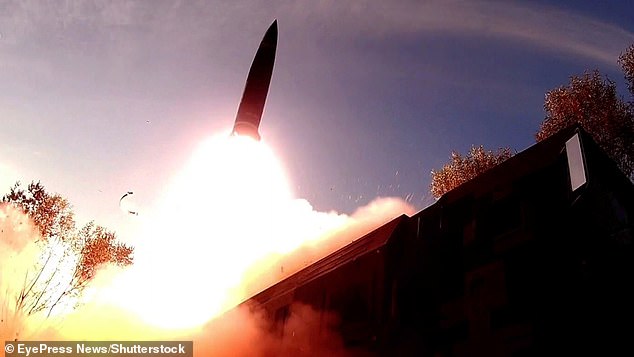 North Korea has held a recent flurry of missile tests including dozens fired on the same day this week amid fears Kim is gearing up for a nuclear test. Pictured: A North Korean missile test 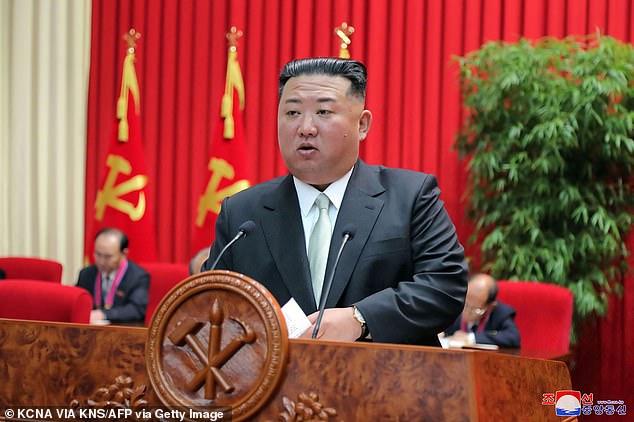 It comes after the Pentagon sent a powerful warning to North Korea on Thursday, telling Pyongyang that use of any kind of nuclear weapon against Seoul or other regional allies would result in the end of Kim Jong Un’s dictatorial regime.

‘Any nuclear attack against the United States or its Allies and partners, including the use of non-strategic nuclear weapons, is unacceptable and will result in the end of the Kim regime,’ Austin said in a stark warning, according to the statement.

Kim’s military has continued to rattle the peninsula with escalating missile tests, launching more than two dozen missiles over the last two days in response to U.S.-South Korean military exercises that began Monday. 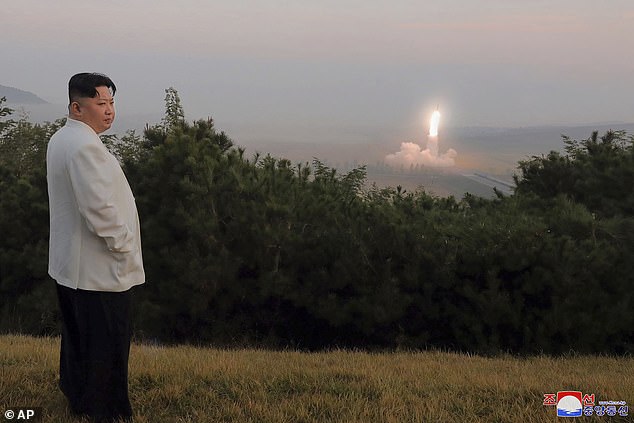 This photo provided on October 10, 2022, by the North Korean government, North Korean leader Kim Jong Un inspects a missile test at an undisclosed location in North Korea, as taken sometime between September 25 and October 9 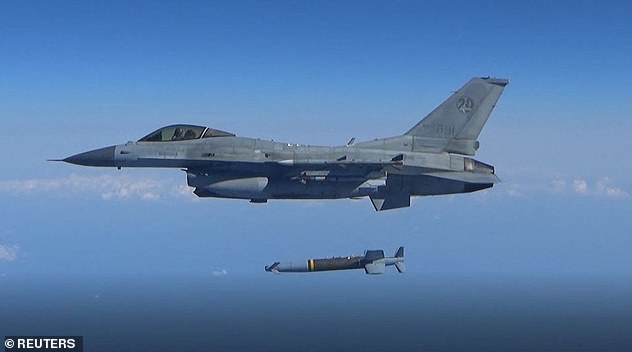 And on Friday morning, Seoul scrambled dozens of fighter jets after more than 100 North Korean aircraft massed near the disputed border between the two nations.

Seoul sent 80 jets – among them F-35A stealth fighters – after sensors picked up 180 of Pyongyang’s aircraft massing inland and off the east and west coasts.

The tit-for-tat escalations and launches have sent South Koreans scrambling for shelter and further frayed the nerves of a population already mourning the loss of more than 150 people at a horrific Halloween crowd crush in Seoul on Saturday.

In response to the recent launches, the U.S. extended the ‘Vigilant Storm’ military exercise, which was scheduled to run through Friday, November 4.

Late Thursday the Pentagon announced the extension would now run through Saturday, depending on the security environment.

‘Our combined air exercise with the ROK has currently been extended to Nov. 5,’ the Pentagon said in a statement emailed to reporters.

‘We remain in close coordination with our ROK ally on any additional changes and the security environment on the Korean Peninsula. Our commitment to the defense of the ROK is ironclad.’