FLORIDA’S “evil” alleged fishing trip murderer was seen talking to one of three homicide victims in a store before the pals were slaughtered – and a celebratory McDonald’s feast was enjoyed afterwards.

Polk County Sheriff Judd told reporters “this is evil in the flesh” as CCTV captured suspect Tony 'TJ' Wiggins speaking to Damion Tillman while he made a purchase at a Dollar General shop. 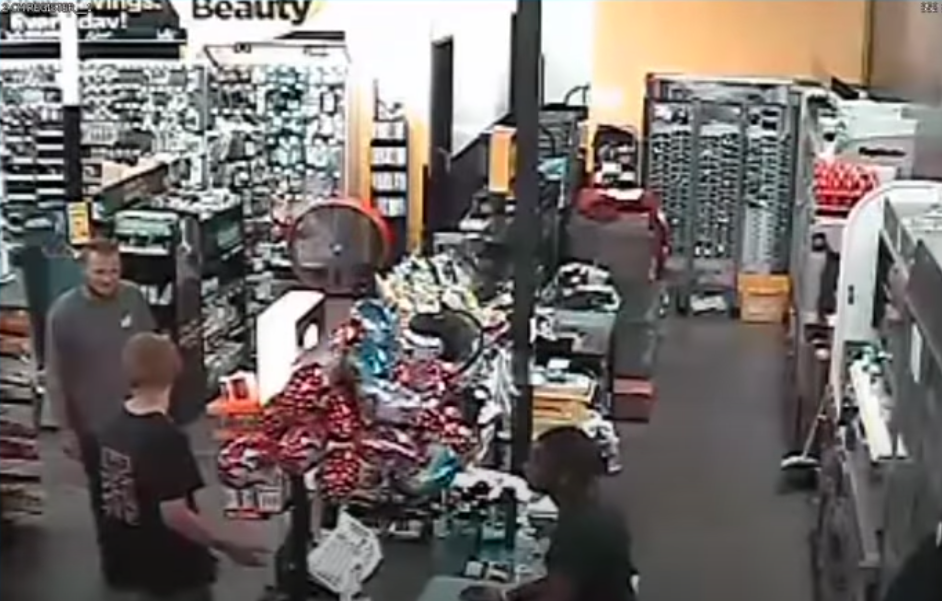 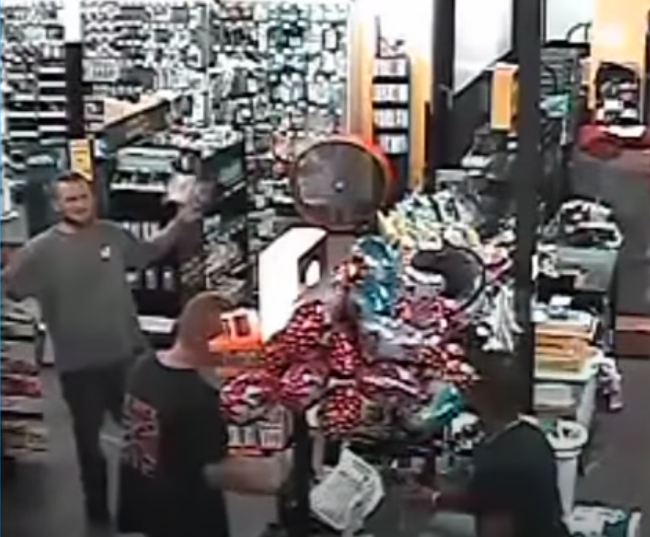 He was then seen tucking into ten cheeseburgers and two McChicken sandwiches at McDonald’s alongside girlfriend Mary Whittemore, 27, and brother Robert Wiggins, 21.

Cops have accused the hardened felon of shooting dead his three close friends on a fishing trip with help from his girlfriend and sibling, after what appears to be a dispute over a truck. 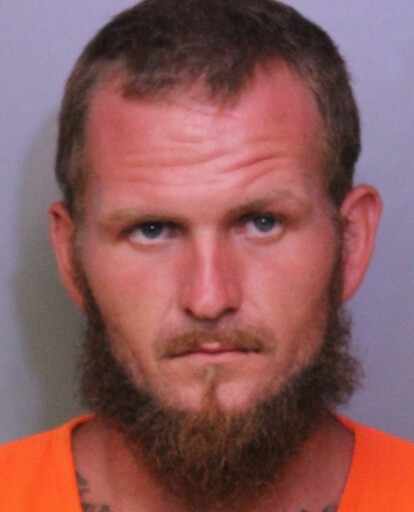 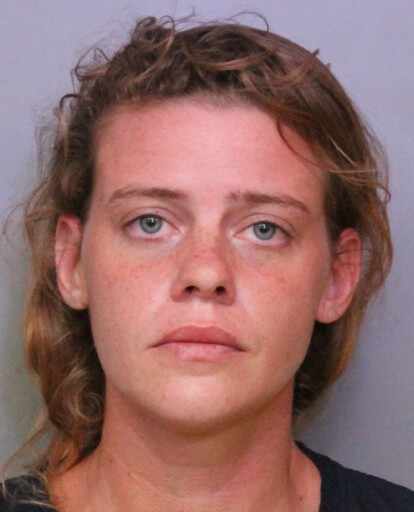 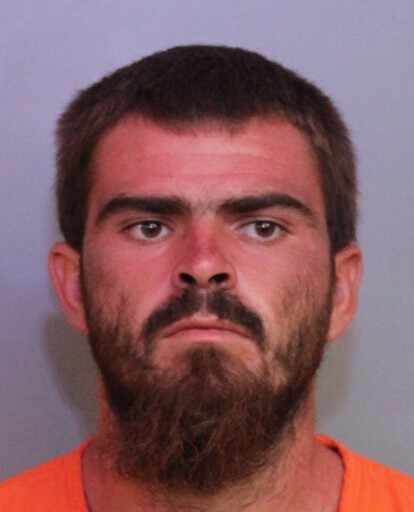 In chilling Dollar General store CCTV footage, the three suspects arrested for the triple homicide in Frostproof can be seen coming and going, just prior to the murders on July 17, say sheriffs.

One of the suspects – Tony "TJ" Wiggins – can be seen standing in line behind and talking to one of the homicide victims, Damion Tillman.

The video shows him raising his arms and shrugging his shoulders behind the pal who was later slain in cold blood.

TJ Wiggins, Mary Whittemore and Robert Wiggins have been charged with the murders of the three men on Friday in Florida, Polk Sheriff Grady Judd said on Wednesday. 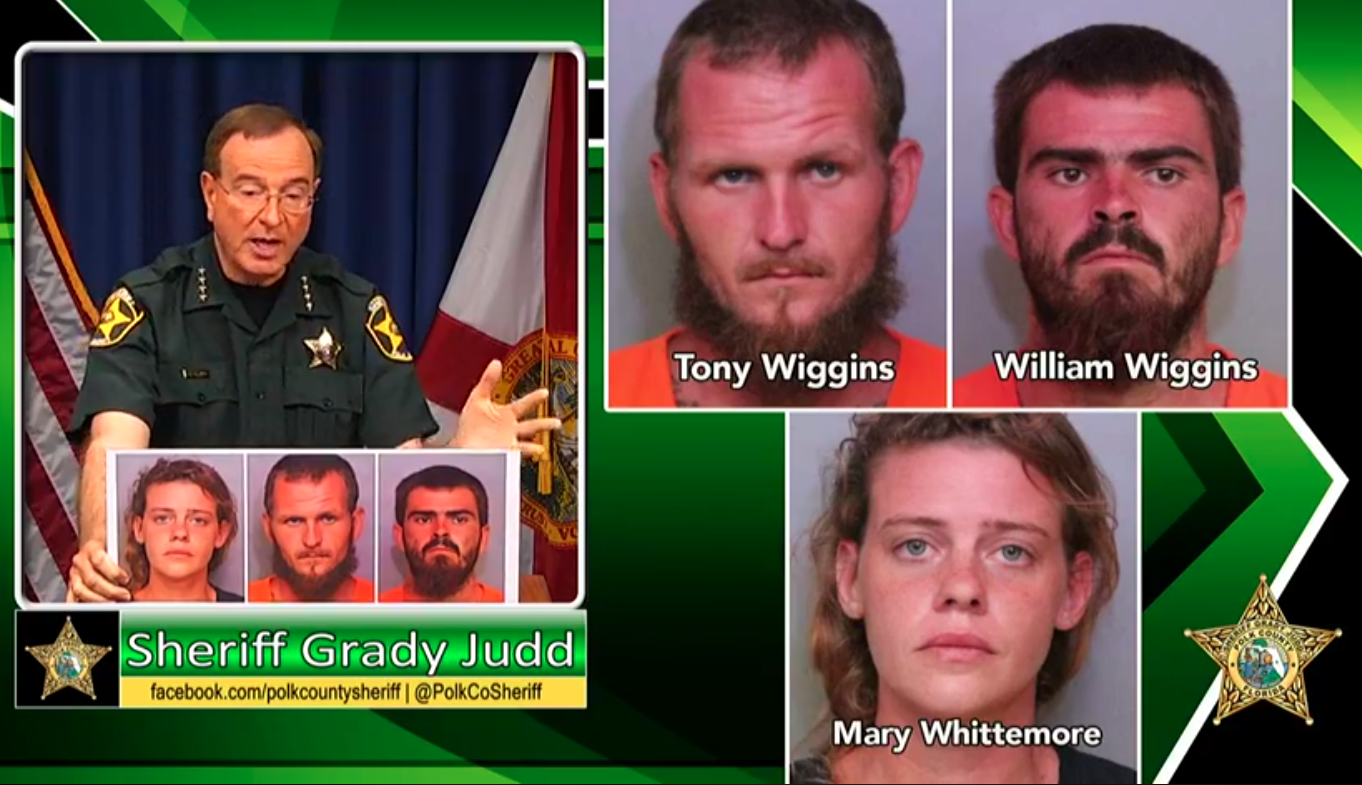 It was TJ, police believe, who pulled the trigger in the deaths of Damion Tillman Keven Springfield and Brandon Rollins.

During a search of the crime scene, detectives found a Dollar General bag and receipt dated the night of the murders, and worked their way backwards from there.

They went to the Dollar General store, and retrieved store video surveillance that showed one of the victims – Damion Tillman – making some purchases.

Detectives determined that shortly before the murder, Tillman told the clerk he was going fishing with Springfield at Lake Streety.

The Wiggins brothers were also in the store and overheard the conversation, leading them to follow Tillman to the lake where they knew Springfield was waiting.

It's understood TJ claimed Springfield had sold the engine from his truck without his permission.

"The only conflict we see is this – 'Where's my truck? I heard you sold the engine out of my truck,'" Judd told reporters at a press conference.

Police allege Tillman arrived at the lake first. When Rollins and Springfield got there, they saw their friend being beaten.

The alleged perpetrator then turned on them and began shooting. 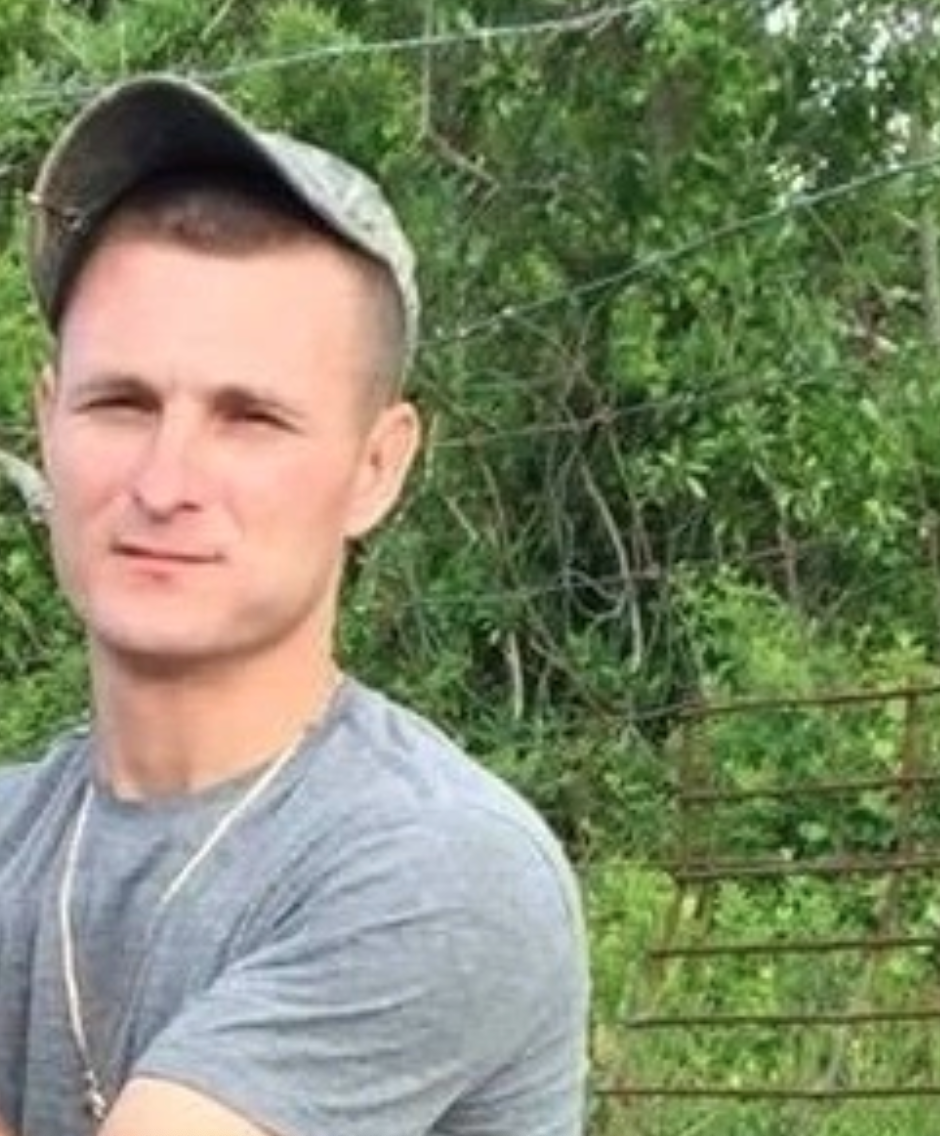 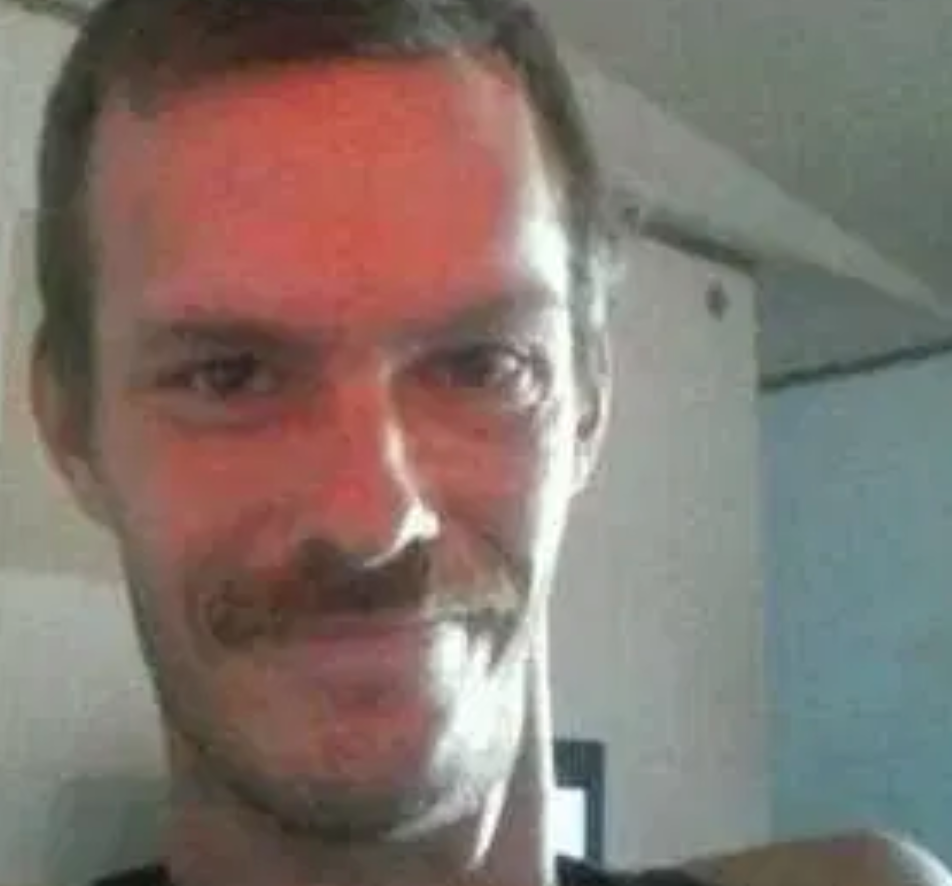 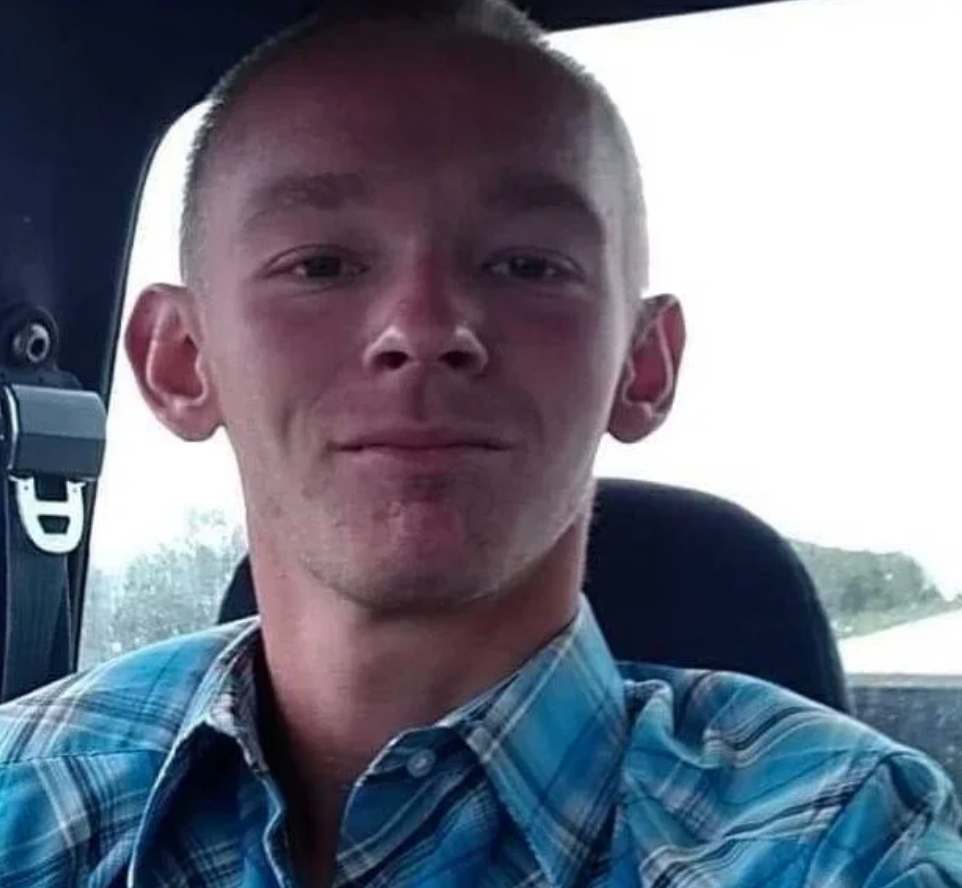 Detectives found two SKS rifles, two Mossberg shotguns, and ammunition for both in a gun safe belonging to TJ Wiggins.

They matched the casing to some found at the scene.

He added blood had been found in Robert's car, and that Robert took his vehicle to a car wash the next day to scrub off clay.

He said TJ, Robert and Mary had been "living off the grid…in the woods" with no running water or electricity.

"This is evil in the flesh," he said of TJ, who has 230 felony charges on his record who has done two stints in state prison.

Describing the murders as "gut-wrenching", he confirmed the three friends were "shot to pieces" and described the horror of Rollins' father discovering the scene after his son called him as he died.

"The wounds were so severe that if an emergency room had been across the street, they couldn’t have saved his life," Polk said of Rollins' injuries. 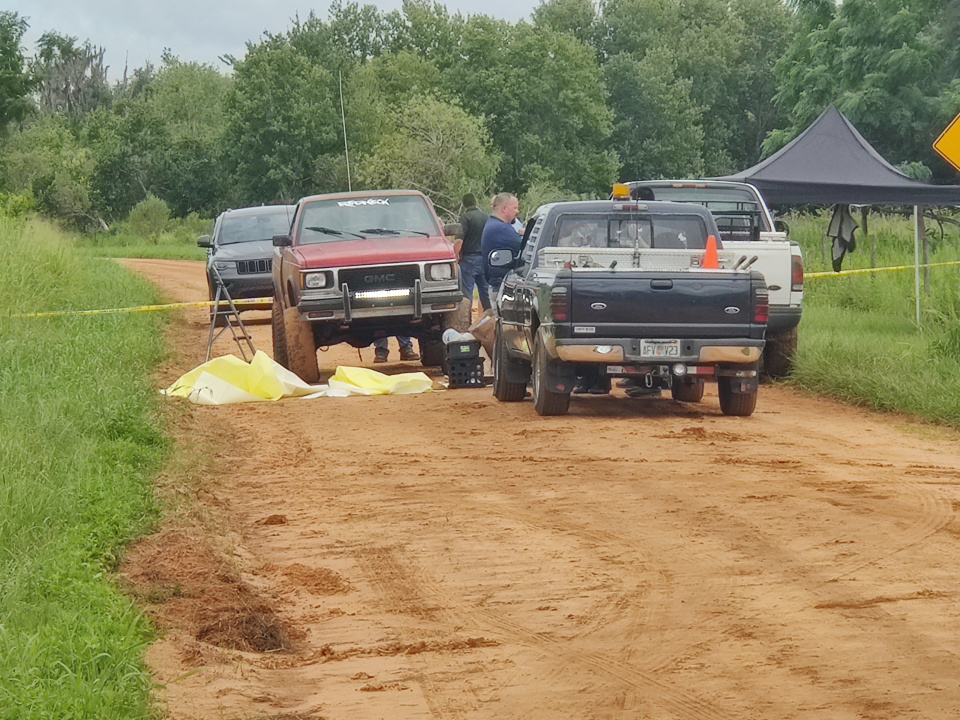 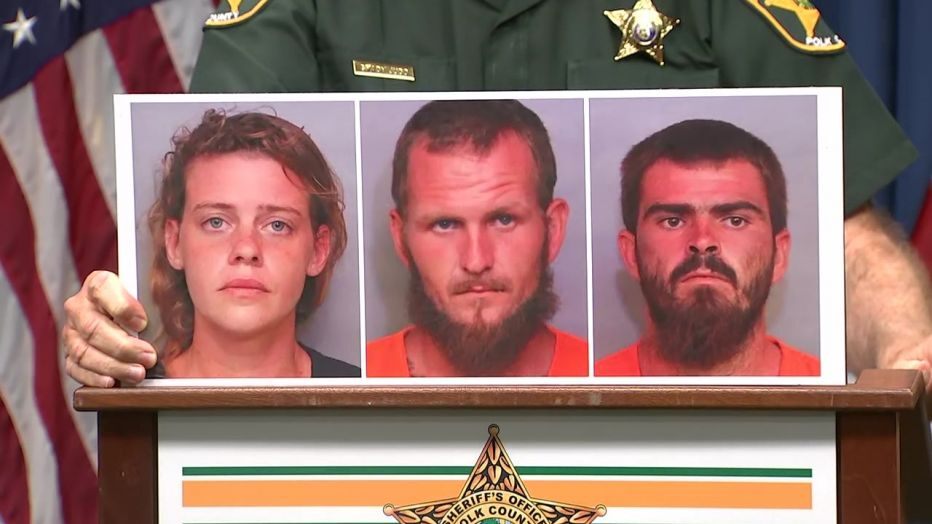 "You can’t imagine the horror of a dad finding his son shot up and dying in your arms."

One grieving mate, Kris Meyer, told TC Palm at a makeshift memorial: “I don’t mean to sound hateful or anything like that, but they need to feel the pain that they did to them – where they beat them to a pulp like that.”

Whittemore, who the sheriff said barely co-operated with the investigation and was "one mean woman", and the younger Wiggins brother got three counts of accessory to murder.

Tillman, Rollins and Springfield went fishing in Frostproof, a deserted area Sheriff Judd previously described as "as far out in the middle of the woods as you can get."

Just after 10PM, Rollins' father Cyril received a call from his dying son asking for "help."

Cyril Rollins rushed to Lake Streety Road in Frostproof, Polk County, finding his son and his two best friends in bloodbath so severe, Sheriff Judd called it a "massacre" and "the worst I have ever seen."

"You can imagine the horrible shock to hear your son say help," Judd said of the phone call.

"So you rush to his side, you see his two best buddies shot and dead and he's shot up and he's really taking his last breath."

On Monday a reward for information about the grisly murders was increased to $30,000.

It followed reports the three best friends shot and beaten may have been "boxed in" by cars.

The investigation is ongoing.