New York: The jury in Ghislaine Maxwell’s sex abuse trial on Wednesday (AEDT) asked to review transcripts of the testimony of three of her accusers, as deliberations over the British socialite’s fate entered their second day.

In a note to US District Judge Alison Nathan, jurors asked to re-read the accounts of Jane, Carolyn and Annie Farmer, who each testified that Maxwell set them up for sexual abuse by the late financier Jeffrey Epstein when they were teenagers. 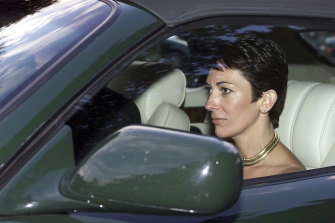 Maxwell, 59, is accused of recruiting and grooming four girls for Epstein to abuse between 1994 and 2004. She has pleaded not guilty to six counts of sex trafficking and other crimes.

Her attorneys have argued that she is being scapegoated for Epstein’s crimes because the globetrotting investor – Maxwell’s former boyfriend and employer – killed himself in a Manhattan jail cell in 2019 at the age of 66 while awaiting trial on sex abuse charges.

A woman known by the pseudonym Jane testified that Epstein began abusing her when she was 14 in 1994 and that Maxwell sometimes participated in their sexual encounters. 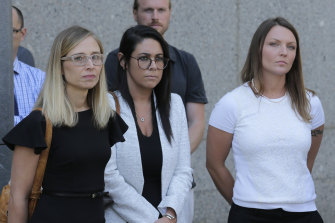 Farmer said she was 16 in 1996 when Maxwell massaged her bare chest at Epstein’s New Mexico ranch.

Maxwell’s attorneys have focused their defence largely on undermining the credibility of the accusers, arguing that their memories have faded over time and they are motivated by money to cooperate with prosecutors. All four women received million-dollar payouts from a victims’ compensation fund run by Epstein’s estate.

“They all changed their stories when the Epstein victims’ compensation fund was opened up,” Maxwell attorney Laura Menninger told the jury during her closing argument on Monday. “That should make you hesitate.”

All three women told the jury that they were motivated to testify by a desire for justice, not money.