Brits have shared ‘poignant’ pictures of cloud formations which they say resemble the Queen’s silhouette, all taken shortly after her death.

Becky Luetchford got in touch with MailOnline to share one remarkable image, taken just after she heard the news that the monarch had died.

The stunning picture appears to show the Queen’s profile with wings and even a crown in glowing clouds as the sun set last night. 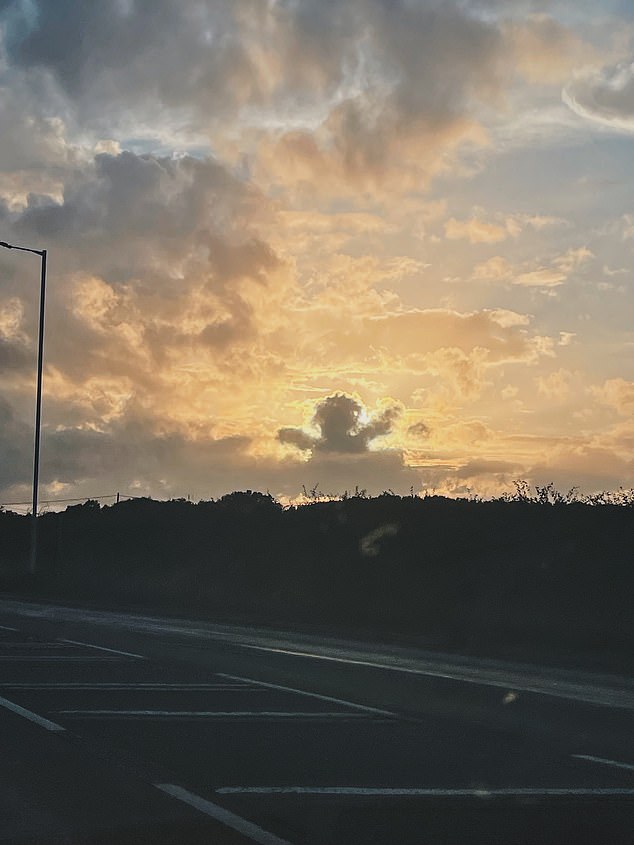 The stunning picture, taken by Becky Luetchford, of the Queen’s profile in glowing clouds was taken hours after the Queen passed away

‘After hearing of the passing of Her Majesty the Queen, I hopped in my car with my husband and as we drove we spotted the most incredible cloud,’ Ms Luetchford said.

She pointed out the cloud’s striking resemblance to the monarch. 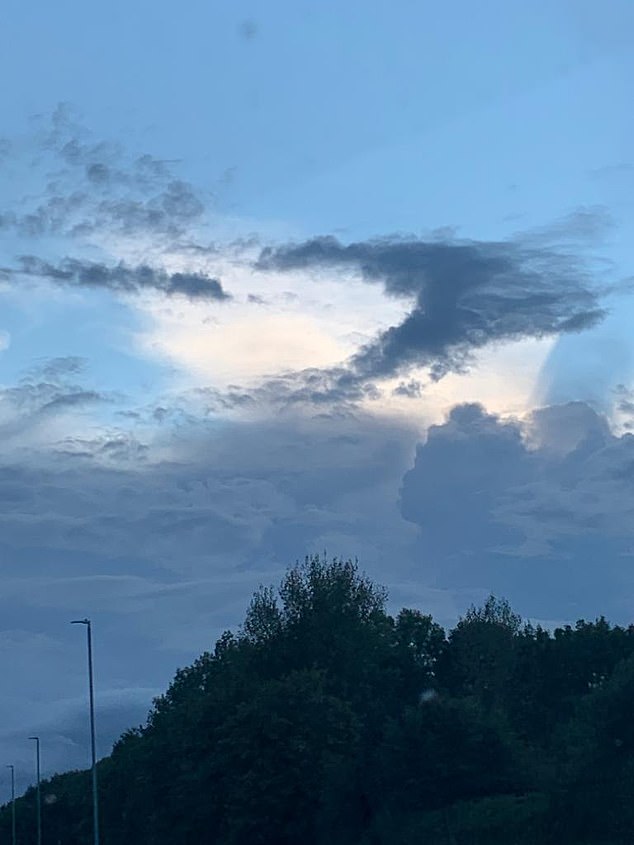 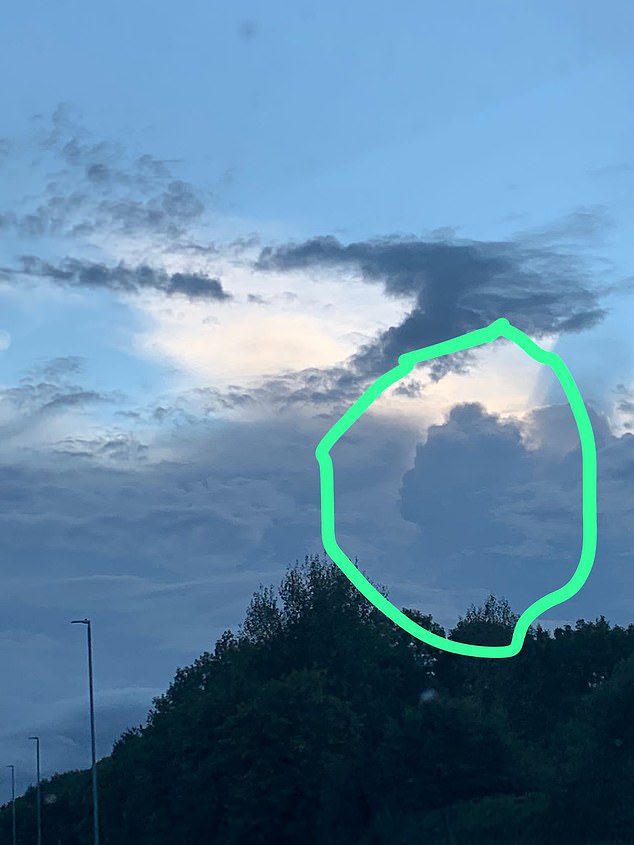 The cloud, which a woman in Bristol said resembles the Queen’s side profile, circled

Send your pictures to [email protected]

She added that the scene was ‘very poignant as she enters heaven.’

Another mourning member of the public shared a picture of a cloud which appears to show the monarch’s side profile.

‘My husband spotted in the sky a cloud pattern that resembled the Queen on this momentous day of her passing,’ said Alice.

The beautiful photograph of the sky was taken in Yate, Bristol.

Another woman, called Leyla Loft, sent in a picture which her husband took of a cloud which she believes resembles the Queen’s face.

The picture was taken yesterday evening in Deal, Kent. 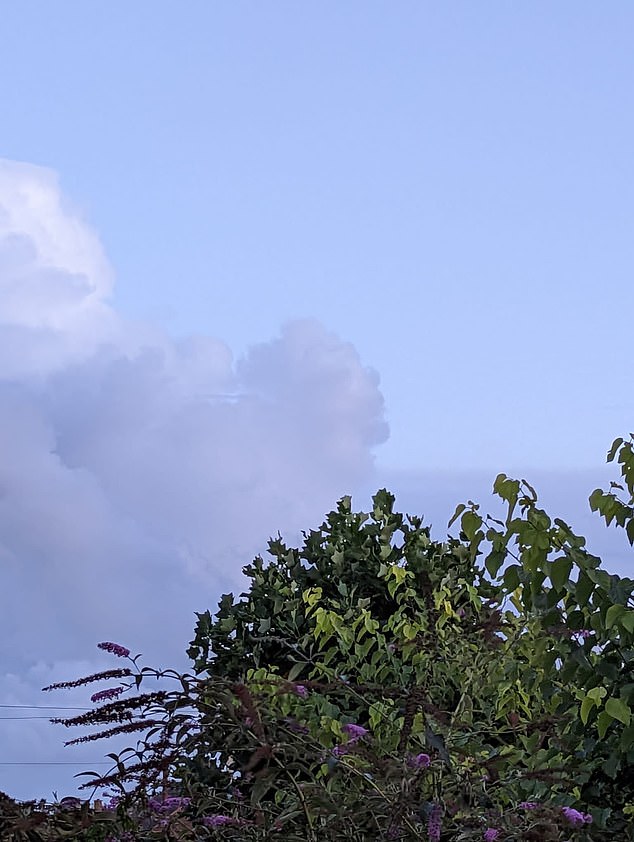 Another woman sent in a picture which her husband took of a cloud in Deal, Kent, which she believes resembles the Queen’s face

Meanwhile, Leanne Bethell, who lives in Telford, West Midlands, shared a photo on Facebook, which she said looks remarkably similar to the Queen wearing her signature hat.

‘Driving home and Lacey starts shouting OMG! I panicked. Then she pointed this image out in the clouds,’ Ms Bethell said on Facebook.

Weather phenomena which mourners are describing as ‘signs’ have been recorded across the country since Thursday.

A double rainbow appeared over Buckingham Palace just after the news that Her Majesty had died broke.

Shortly after another rainbow appeared at Windsor Castle this afternoon, with many saying the Queen ‘sent us a sign’ and that she has ‘really left us’.

One twitter user said: ‘The rainbow at Windsor Castle made me cry. the rainbow Queen sent us a sign.’

Another said: ‘A rainbow breaks out, as the Union Jack is lowered to half-mast at Windsor tonight. A remarkable image. Farewell, Ma’am.’ 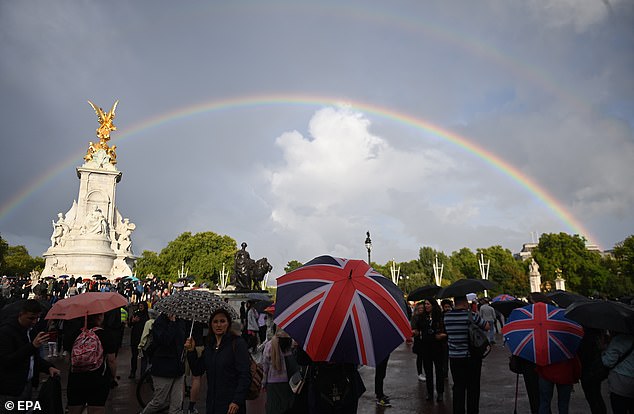