Home » Headteacher who snuck vodka into school banned from teaching

Headteacher who snuck vodka into school banned from teaching

A primary school headteacher has been struck off for drinking vodka with orange juice during her lunch break.

Jane Woolfenden, 55, admitted smuggling a bottle of vodka in her handbag from her car boot and bringing it inside Lyndhurst Community Primary School in Dukinfield, Greater Manchester, in July 2018.

A colleague said they saw the bottle of alcohol after accidentally knocking her bag over.

At a recent conduct hearing, Mrs Woolfenden, who was well-respected among her peers for her ‘humility and honesty’, was banned from teaching at all schools, sixth form colleges, youth accommodation and children’s homes in England.

A Teaching Regulation Agency panel which met on April 29 heard how the former headteacher was seen walking to her car during a lunch break on July 10, 2018, before returning to the school premises with vodka in her handbag.

An anonymous whistleblower said they mistakenly knocked over Mrs Woolfenden’s bag and saw what ‘looked like a vodka bottle’.

Mrs Woolfenden admitted to drinking the alcohol to two members of staff the next day, reported Manchester Evening News.

At a disciplinary hearing alongside her trade union representative on July 20, she revealed she had bought the alcohol on the way home from work on July 9.

The former principal admitted that on July 10, she left the vodka in the car boot while attending a conference before retrieving it again at lunchtime and drinking it with orange juice.

The panel ruled that Mrs Woolfenden ‘failed to maintain high standards of behaviour’.

A report published following the hearing said: ‘The panel was satisfied that the conduct of Mrs Woolfenden amounted to misconduct of a serious nature which fell significantly short of the standards expected of the profession.

‘The panel considered that, as a teacher and headteacher of the school, Mrs Woolfenden had a responsibility to safeguard the pupils at the school and her actions and decisions could be impacted by her consumption of alcohol.

‘The allegations as proven had the potential to tarnish both Mrs Woolfenden’s reputation and the school’s reputation.’

A whistleblower also alleged smelling alcohol on the former headteacher’s breath on July 11 of the same year.

They claimed she poured ‘a glass of fizzy orange juice down the sink in the toilets’ and appeared ‘bubbly’ and ‘bright glassy eyed’.

However no alcohol was found on the premises that day and therefore that allegation was not proven. 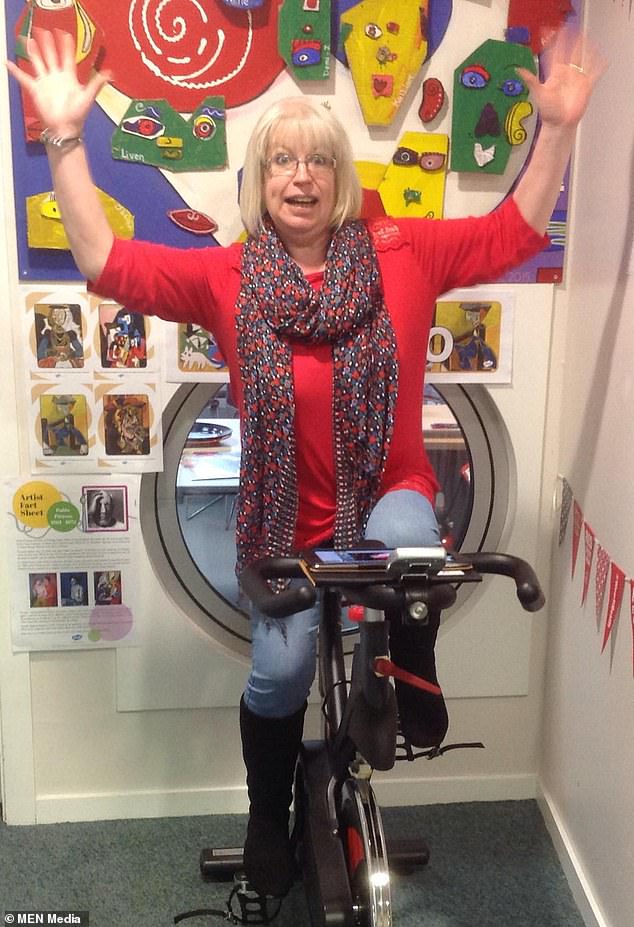 A panel ruled Mrs Woolfenden showed a ‘lack of insight or remorse’ for drinking alcohol during her lunch break and feared she could ‘repeat this behaviour’, leading to a three-year teaching ban 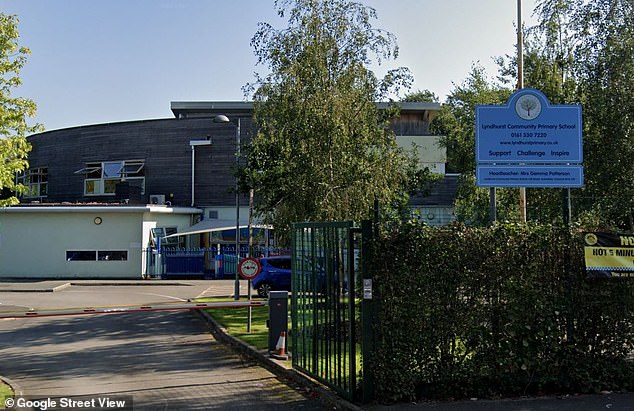 Mrs Woolfenden is banned from all education centres in England after alcohol on the premises of Lyndhurst Community Primary School in Dukinfield, Greater Manchester

Mrs Woolfenden ‘did have a previously good history’, the panel found, after being sent several glowing testimonials.

One headteacher praised her ‘honesty, humanity, humility and strength of moral purpose for the school and the community she serves’.

Sarah Buxcey, who made the ruling on behalf of the Secretary of State, said Mrs Woolfenden showed a lack of ‘insight or remorse’, creating ‘some risk of repetition of this behaviour’.

She added: ‘In my view, it is necessary to impose a prohibition order in order to maintain public confidence in the profession.’