Home » World News » Housebuilding in the countryside is set to DOUBLE

Housebuilding in the countryside is set to DOUBLE Building blitz in Lake District and Cotswolds: Housebuilding in the countryside is set to DOUBLE under Government planning reforms

Housebuilding will more than double in the Cotswolds and Lake District under the Government’s planning reforms, it emerged yesterday.

Analysis by countryside charity CPRE warned the changes could lead to the ‘worst of all possible worlds’ with swathes of countryside being ‘gobbled up’.

And although there will be vast building projects in rural areas, cities other than London will escape the housing boom, the charity said. 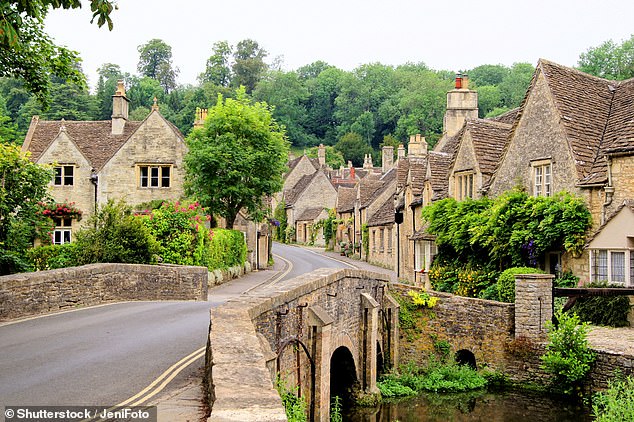 Analysis by countryside charity CPRE warned the changes could lead to the ‘worst of all possible worlds’ with swathes of countryside being ‘gobbled up’. The village of Castle Combe in the Cotswolds is pictured above

In August, ministers published details of an algorithm that calculates where homes will be built. It is being considered as the Government pushes ahead with its annual target of building 300,000 new homes.

It produces targets for every area in England, based on its ‘relative affordability’ and the extent of local development.

But under the approach, areas with the sharpest house price rises since the 2009 recession would get the highest number of new homes.

And CPRE said this would deliver bigger profits for developers at the expense of building homes in areas where people cannot afford to live.

In August, ministers published details of an algorithm that calculates where homes will be built. It is being considered as the Government pushes ahead with its annual target of building 300,000 new homes [File photo]

The charity warned the algorithm ‘will threaten valued countryside and do little to tackle the affordable housing crisis’.

In Cumbria, home to the Lake District, housebuilding will increase by 178 per cent, according to the CPRE. The Cotswolds will face 148 per cent more development and the rural Richmondshire district in Yorkshire would see a ten-fold increase.

But there will be a significant decrease in new homes being built in urban areas. For example Greater Manchester would see a decrease of 37 per cent and Birmingham would see a fall of 15 per cent.

Crispin Truman, chief executive of the charity, said: ‘We are in the midst of a housing crisis and need to deliver many more well designed, genuinely affordable homes in the right places, including in rural areas.

‘But our analysis has shown the Government’s far reaching and untested changes to local planning could lead to the worst of all possible worlds – gobbling up our countryside without delivering the affordable homes our rural communities are crying out for.’

He called on the Government to abandon its centralised housing targets to ensure that planning remains locally led.

‘It’s clear that governing by algorithm doesn’t work but the problems with the Government’s planning proposals don’t end there,’ he added. He said there needed to be a ‘major rethink’ and sensible reform to prevent construction of poorly located new homes in the countryside.

The charity said: ‘It’s clear the new algorithm could deepen the housing crisis delivering more unaffordable homes in areas based on higher housing prices and not genuine need.’

More than 12,500 streets have average house prices worth £1million and above

There are more streets with average house prices above £1million than ever before, a survey reveals. Some 12,545 are now in the £1million-plus category – 30 per cent more than in 2015.

Of those, 4,523 streets were in London and 4,707 in other parts of the South East, according to the research by property website Zoopla.

But in the North East, only 57 streets had an average property price of £1million or more, while Scotland had 114 and Wales had 27.

The priciest street was London’s Kensington Palace Gardens, for the 12th year.

countrysi, Housebuilding, in, the
World News