Sales of luxury homes plummeted 28.1% year over year in the summer months, according to a Redfin report, the steepest decline since at least 2012 when the firm started collecting data.

The plunge even topped the 23.2% decline that occurred at the onset of the pandemic two years ago and outpaced the 19.5% drop in sales of non-luxury homes recorded during the same period.

The latest figures underscore how rapidly rising mortgage rates have hit every corner of the housing market after climbing more than 3 percentage points since the beginning of the year.

“High-end house hunters are getting sticker shock when they see the impact of rising mortgage rates on paper. For a luxury buyer, a higher interest rate can equate to a monthly housing bill that’s thousands of dollars more expensive,” Daryl Fairweather, chief economist at Redfin, said. “Luxury goods are often the first thing to get cut when uncertain times force people to reexamine their finances.” 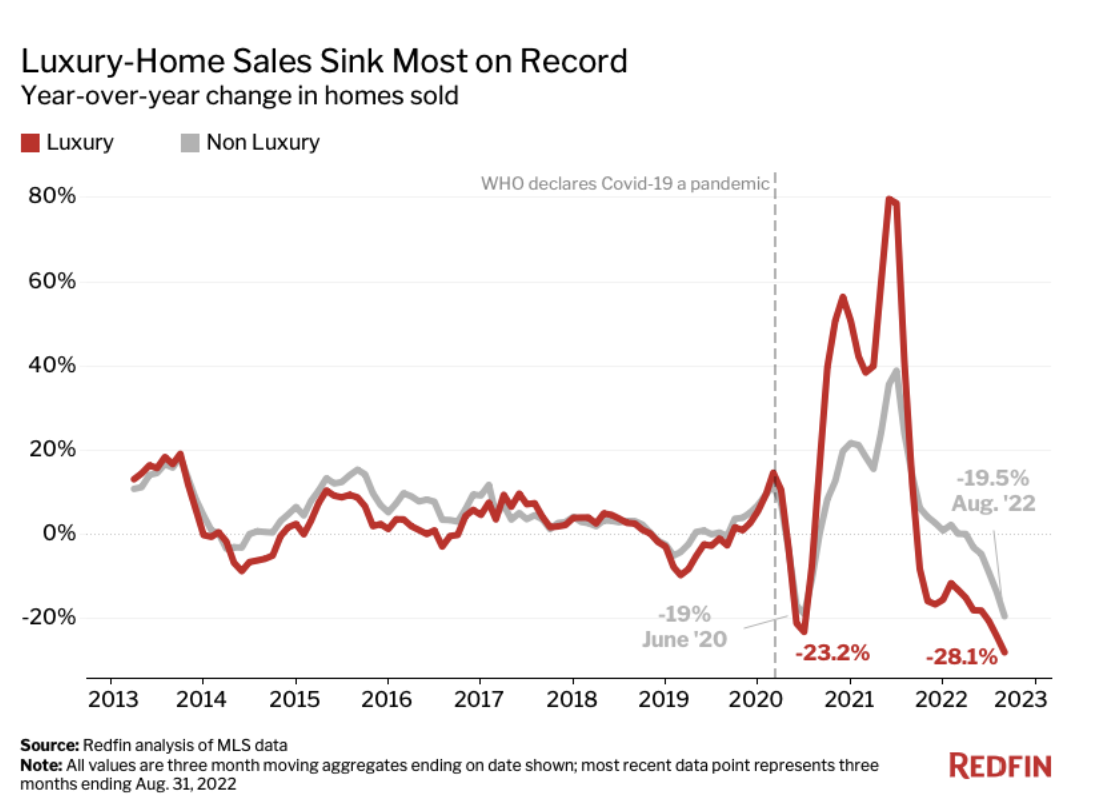 This week, the rate on the 30-year fixed mortgage — the most popular home loan for purchasing — jumped to 6.29% from 6.02% last week. That marks the highest level since October 2008 and high-end homebuyers are feeling the squeeze and getting less.

“Someone who was in the market for a $1.5 million home last year may now have a maximum budget of $800,000 thanks to higher mortgage rates,” Fairweather said.

Additionally, inflation, recession concerns, and a lukewarm stock market are weighing on high-end homebuyers — even if they can come to the table with all cash.

“All-cash buyers who like to park their funds in high-end homes may also be shying away from the real estate market given deteriorating investment prospects,” the Redfin report noted. “With home prices poised to drop in many cities, some luxury house hunters are likely moving their money into other investments, like bonds, which may offer a better rate of return.”

California’s bay area saw the most severe decline in luxury home sales with Oakland recording a 63.9% drop. San Diego and San Jose both registered a 55% decline. 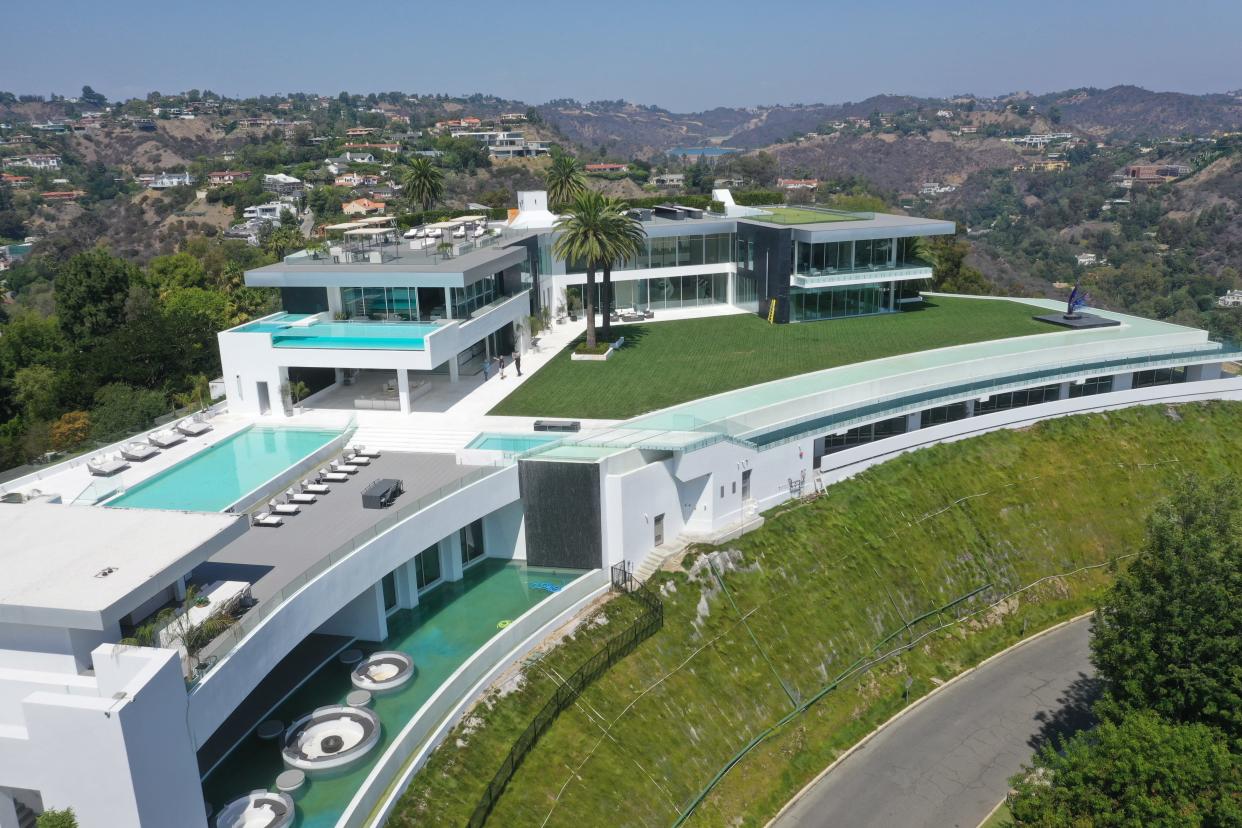 The pullback in sales is also starting to curb price growth of luxury homes, Redfin found. The median sales price rose 10.5% year over year to $1.1 million during the period, down from an annual increase of 20.3% a year earlier and a record gain of 27.8% during the three months through the end of June 2021.

“Luxury-home prices have ballooned so significantly that many buyers just don’t feel they can justify the purchase,” said Sam Chute, a Redfin real estate agent in Miami. “Some homes that would’ve sold for $5 million before the pandemic are now priced at $10 million or more, even though they’ve only received minor cosmetic updates. That’s a hard pill for today’s buyers to swallow.”

Ronda is a personal finance senior reporter for Yahoo Money and attorney with experience in law, insurance, education, and government. Follow her on Twitter @writesronda