Hundreds of people are evacuated from shops and offices in London

Around 200 people have been evacuated from Leicester Square because of a suspected gas leak.

Police this morning forced hotel guests, shoppers and office staff to abandon the area before a 50-yard cordon in the central London square was put up.

A post on the Metropolitan Police’s Westminster Twitter page reads: ‘Cordons are in place at Leicester Square due to a suspected gas leak.

‘Emergency services are in attendance and managing the incident. A number of buildings have been evacuated as a precaution, and the square is currently closed to pedestrians. Please avoid the area.’ 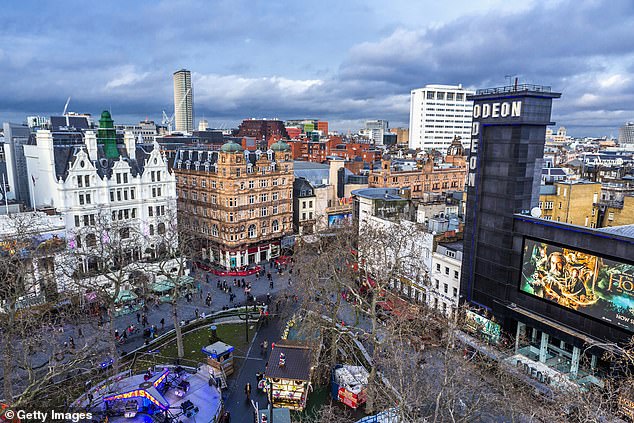