COPS are beating lockdown rule breakers with batons in an Indian state as the country battles a crippling second wave of Covid cases and deaths.

It comes as masses of dead bodies buried in shallow sand graves washed up on the banks of the river Ganges with cremation costs tripling as India grapples with widespread devastation caused by coronavirus. 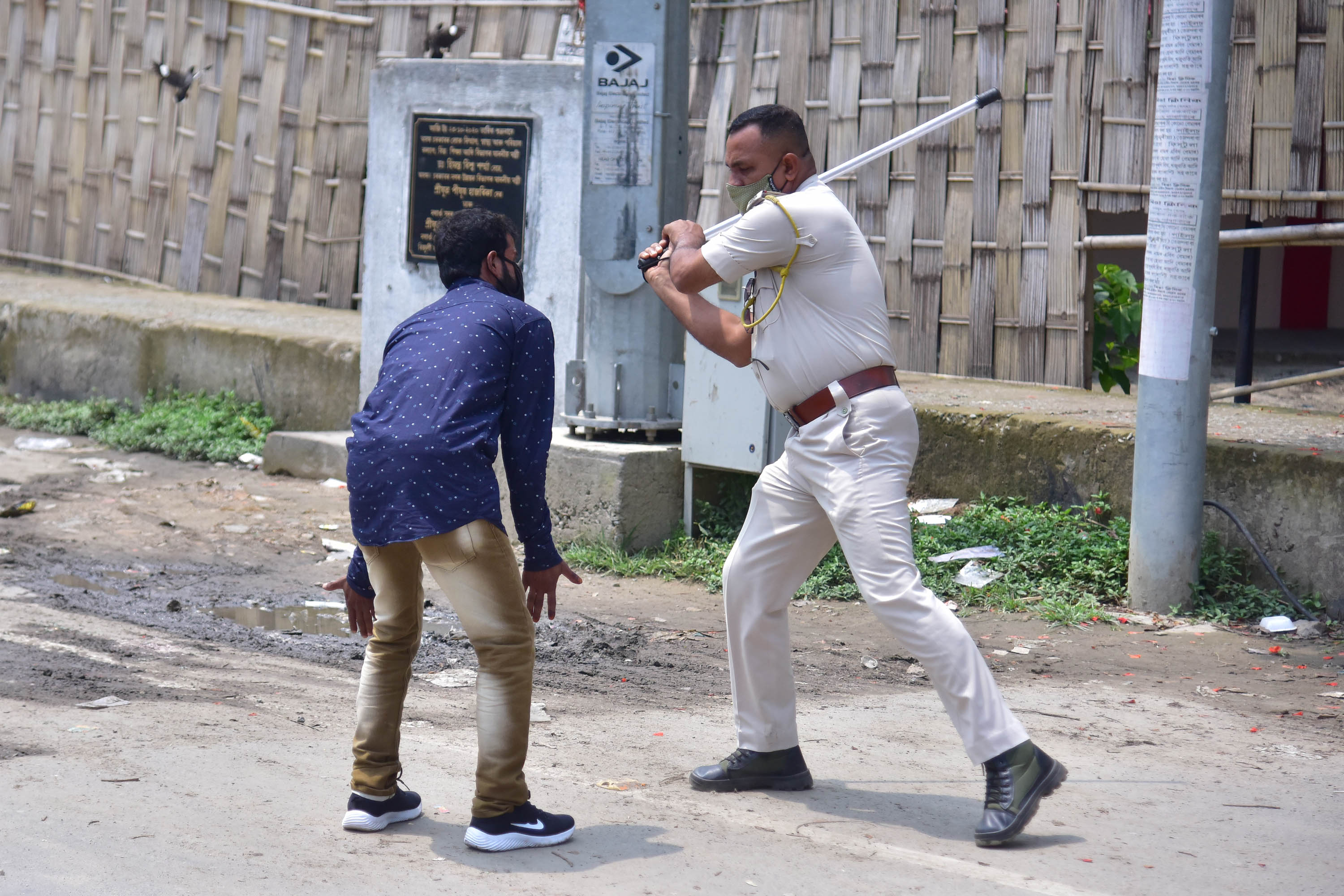 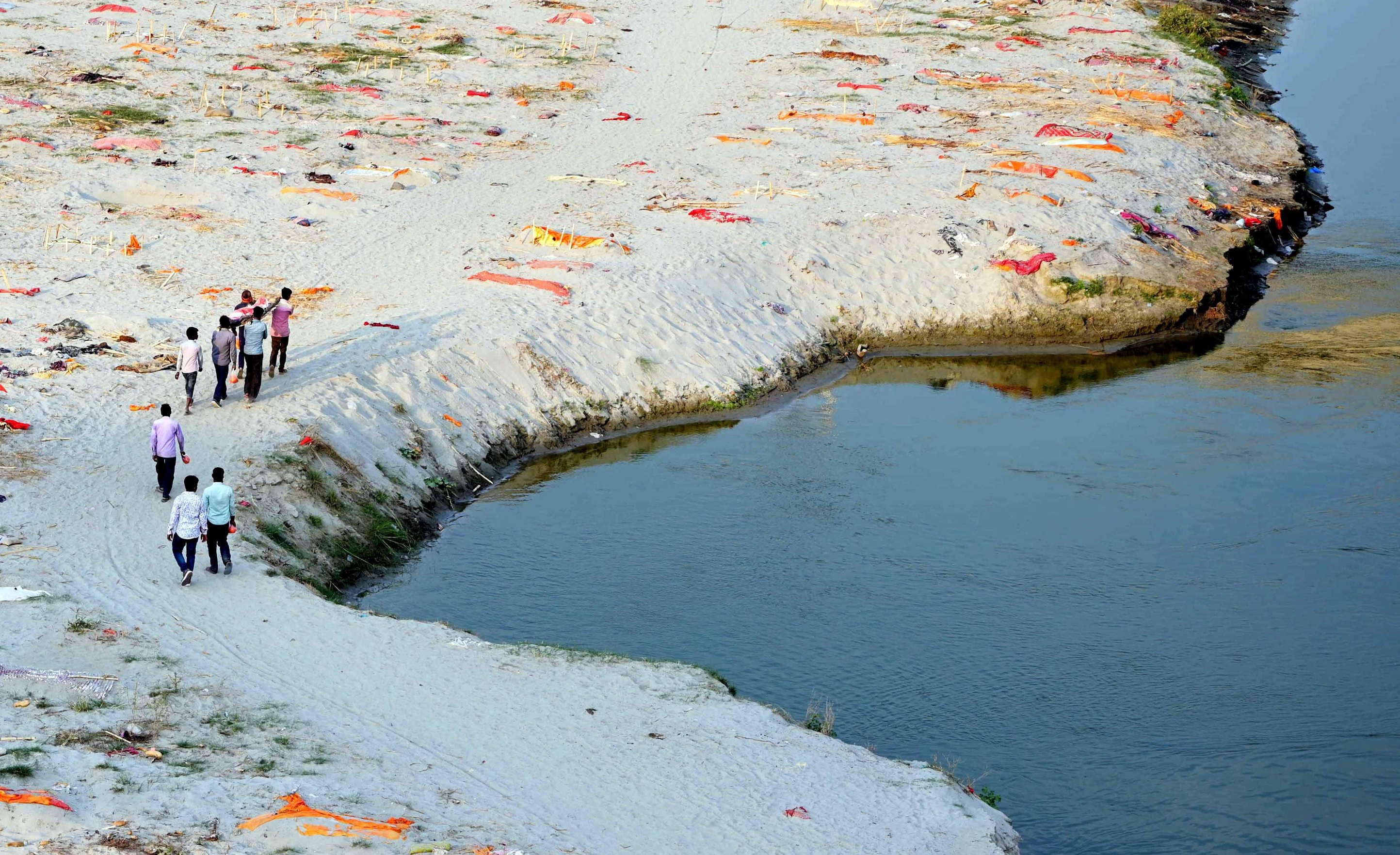 Police were forced to urge people in Uttar Pradesh – the country's most populous state – not to dispose of the bodies of their relatives in the water as thousands continue to die every day in the country.

Torrential rainfall exposed countless bodies wrapped in orange, yellow and red cloths on a wide, flat riverbank in Prayagraj – leading to speculation that they are the remains of Covid-19 victims.

Authorities reportedly had to step up their response after dogs and eagles were seen lurking around corpses.

In jeeps and boats, police used portable loudspeakers with microphones asking people not to dump bodies in the river.

While officials say the riverside burials have taken place for decades, more seem to be relying on the practice due to the sheer numbers dying in the shadow of the pandemic.

Navneet Sehgal, a state government spokesman, on Sunday denied local media reports that more than 1,000 corpses of Covid victims had been recovered from rivers in the past two weeks.

"I bet these bodies have nothing to do with Covid," he said. 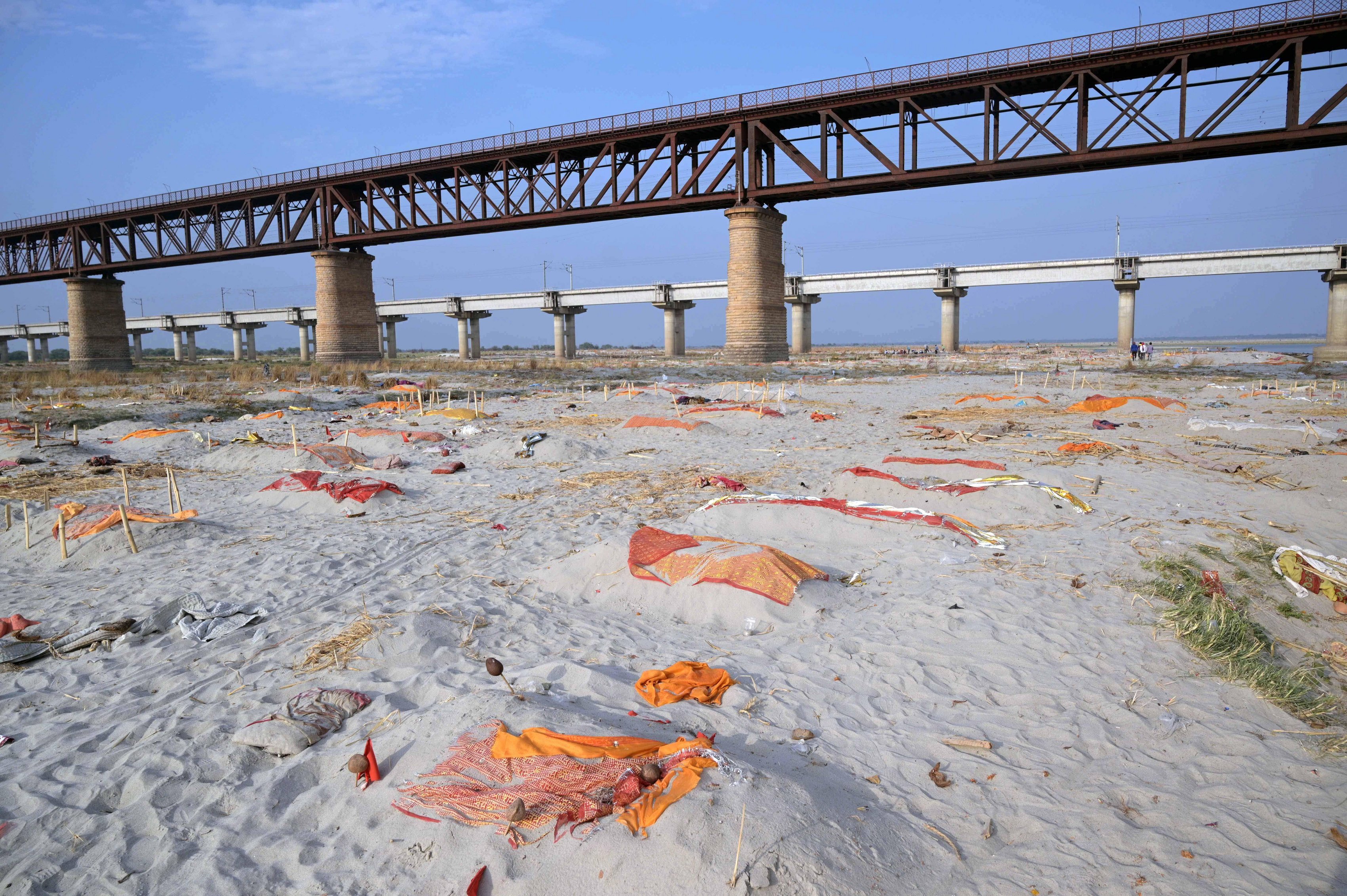 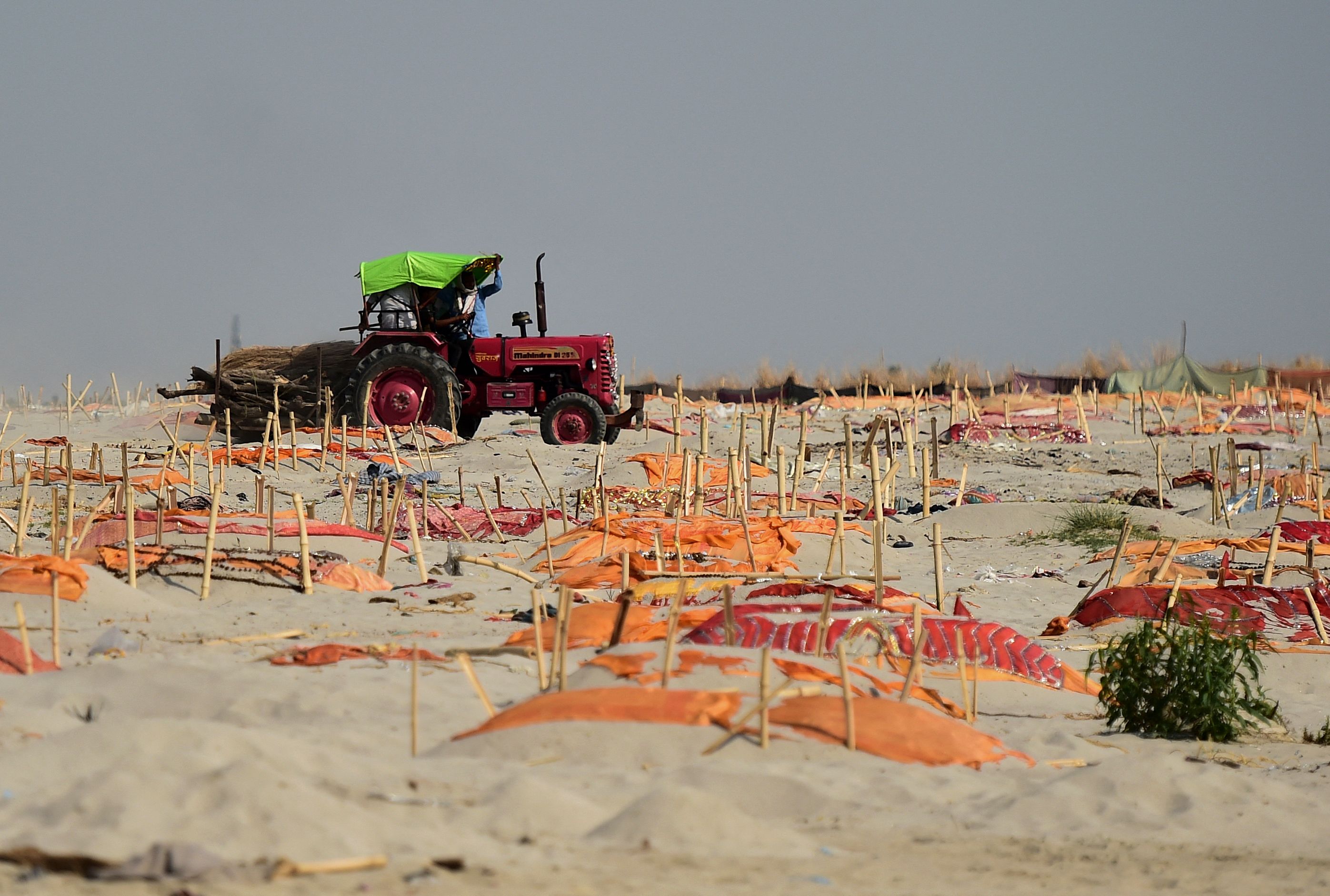 He said some villagers did not cremate their dead as is customary, due to a Hindu tradition during some periods of religious significance, and instead disposed of them in rivers or by digging graves on riverbanks.

"The one who said Ganga has called him, has made the Mother Ganga cry,” Gandhi said in a tweet posted in Hindi.

He claimed poor people have been disposing of bodies in the river out of desperation because of the exorbitant cost of performing the last rites and a shortage of wood.

Meanwhile, doctors have warned people to avoid using water for drinking or any other purpose as it could lead to infection due to contamination from the decomposed bodies.

“People should take precautionary measures and avoid using water as it could lead to infection due to the corpses floating in different districts of both the states,” Ashish, a doctor in the area, said. 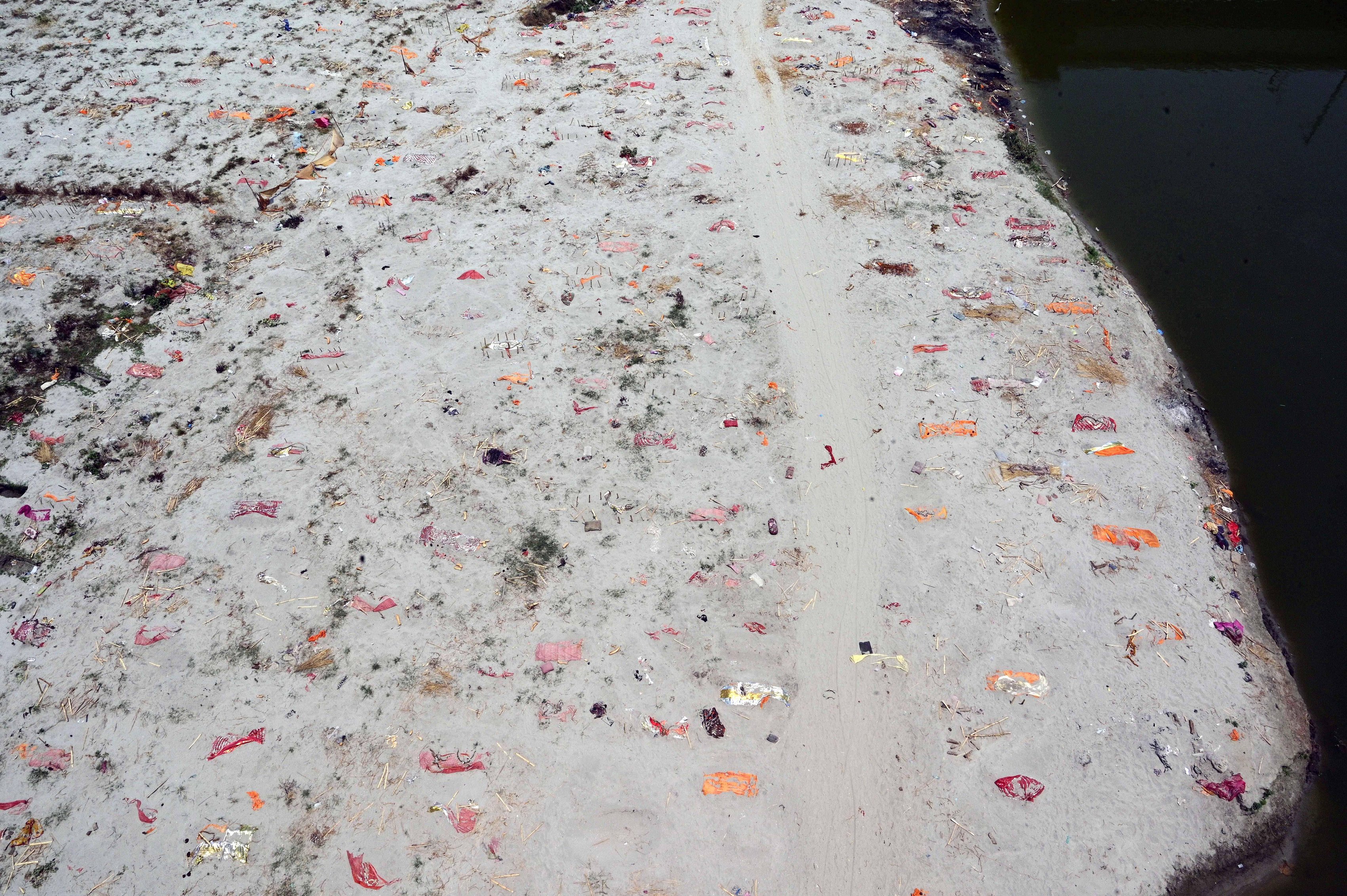 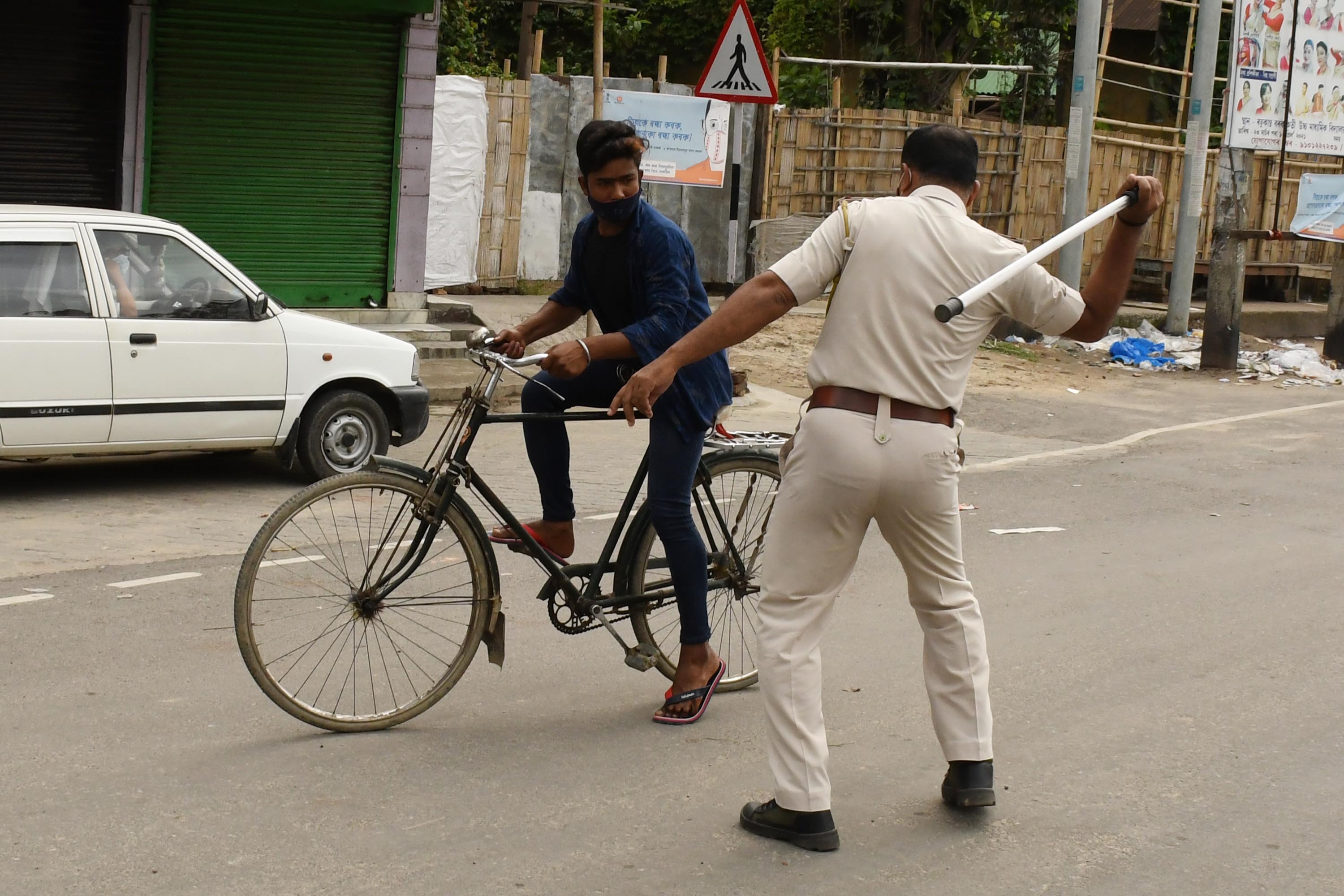 Police officials are said to be keeping a tight watch to stop bodies behind left in the river.

K.P. Singh, a senior police officer, said authorities had earmarked a cremation ground on the Prayagraj riverbank for those who died of Covid, but police were no longer allowing any burials on the riverfront.

Authorities in Sehgal state have found a small number of bodies on the riverbanks, he said, but didn't give a figure.

Post mortems were carried out but the cause of death could not be confirmed due to decomposition.

A dozen corpses were also found last week buried in sand at two locations on the riverbank in Unnao.

District Magistrate Ravindra Kumar said an investigation is underway to identify the cause of death. 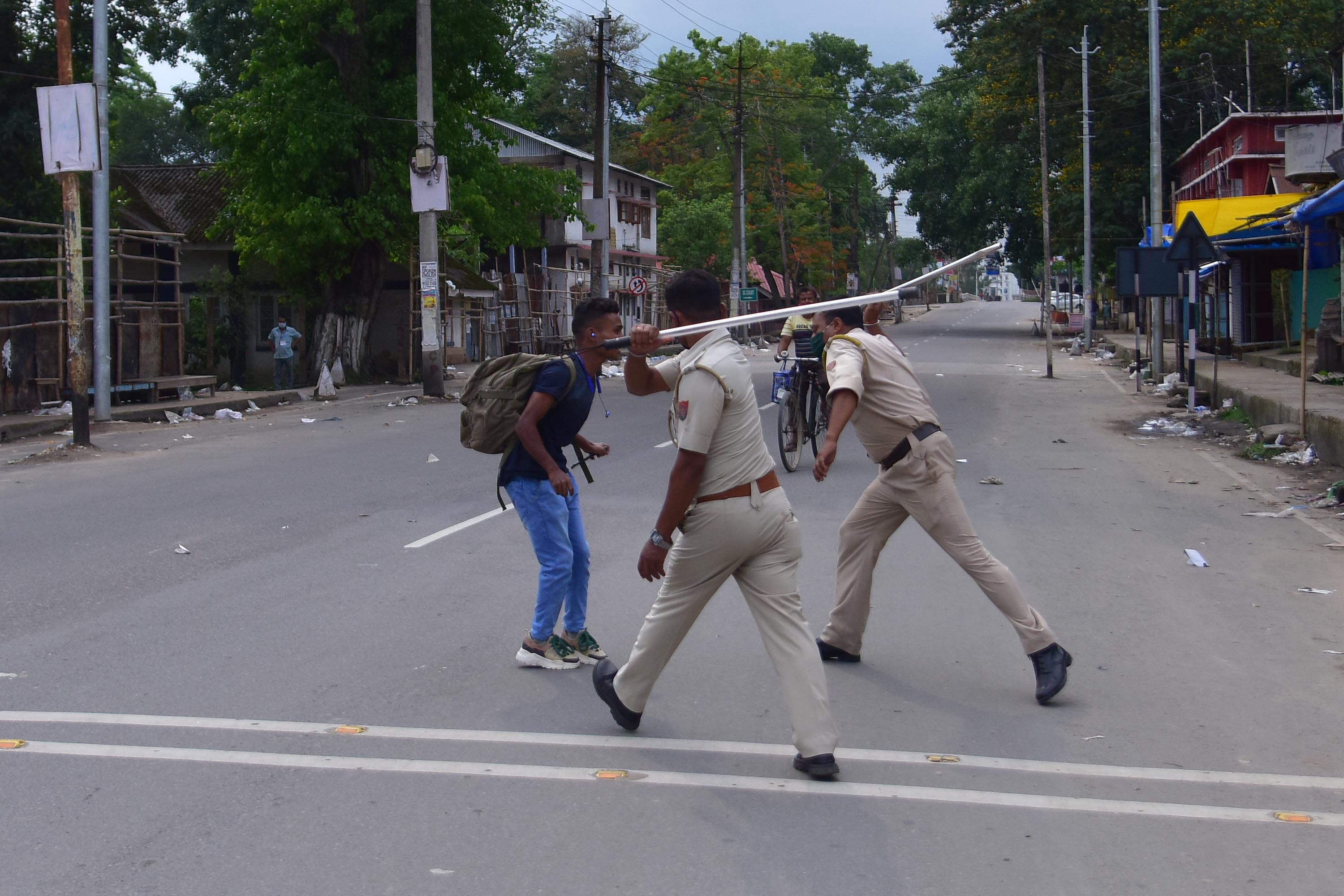 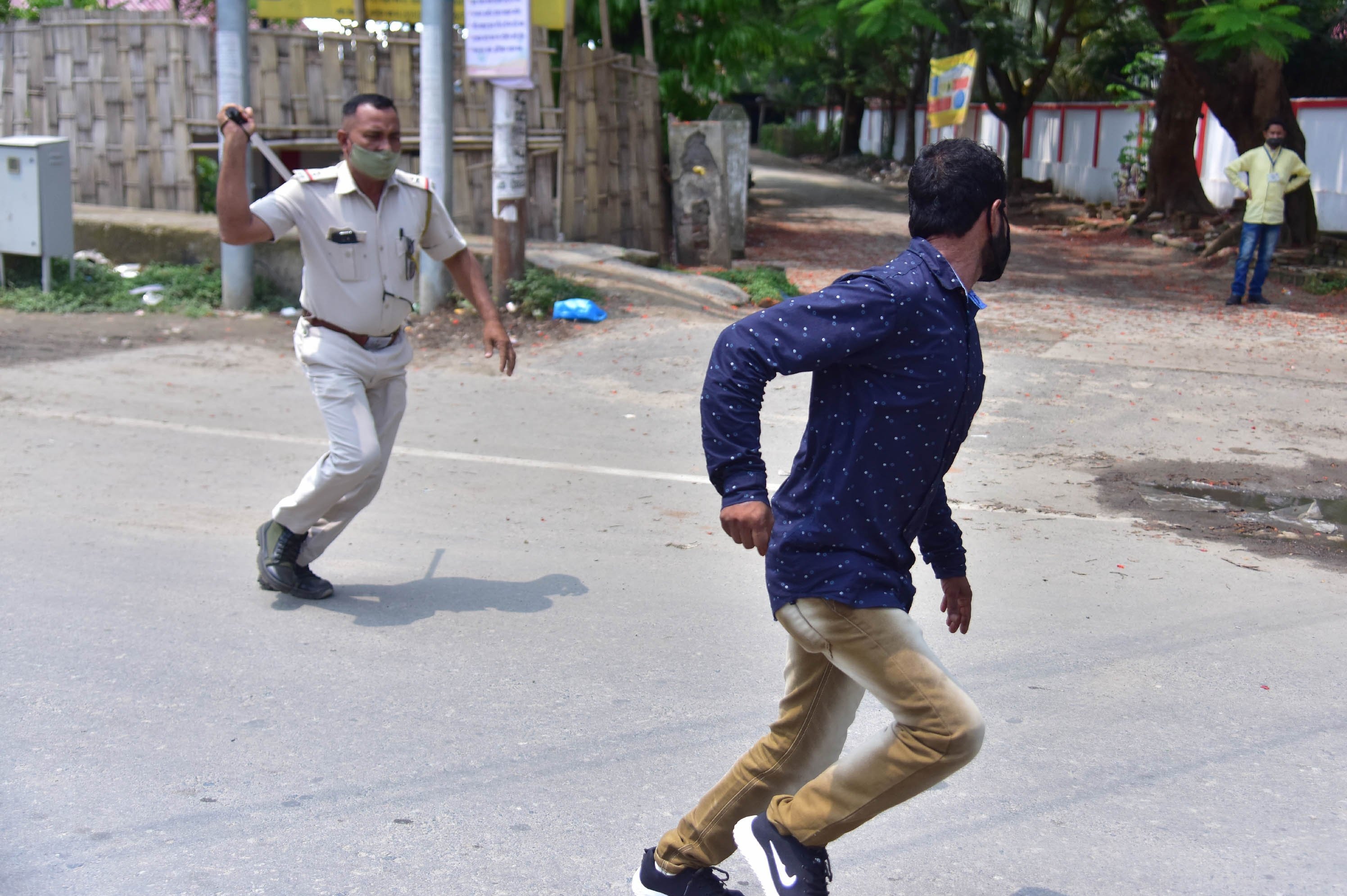 India's two big states, Uttar Pradesh and Bihar, with nearly 358 million people in total, are among the worst hit in the virus surge sweeping through the country with devastating death tolls.

It comes as new lockdown orders have been put into place in Assam as the state grapples with a surging infection rate.

Police are strictly enforcing measures, and have been pictured punishing those who defy rules.

Truncheon-wielding officers have been seen running after those ignoring a new curfew and even striking them with the long bats.

In the last 15 days, the north-eastern state has recorded 71,856 – according to the health department.

On Saturday, Assam authorities banned people from being on the streets between midday and 5am in a bid to curb rapidly rising case numbers.

An order signed by Assam Chief Secretary Jishnu Baruah will also see the continuation of a bizarre odd-even rule for cars.

It states that vehicles with odd registration numbers will be allowed on odd days, while even registrations have the green light to travel on even days.

India's tally of coronavirus infections reached nearly 24.7 million on Sunday, boosted by 311,170 new cases over the last 24 hours, while deaths rose by 4,077.