CHINA has a sprawling creepy network of AI generated people who it uses to spread anti-vaxx lies and fake news about Covid.

Beijing is believed to use a massive "spamouflage" network to muddy the waters and promote its own interests to unwitting social media users – and its computer generated "people" are perhaps its most disturbing tactic. 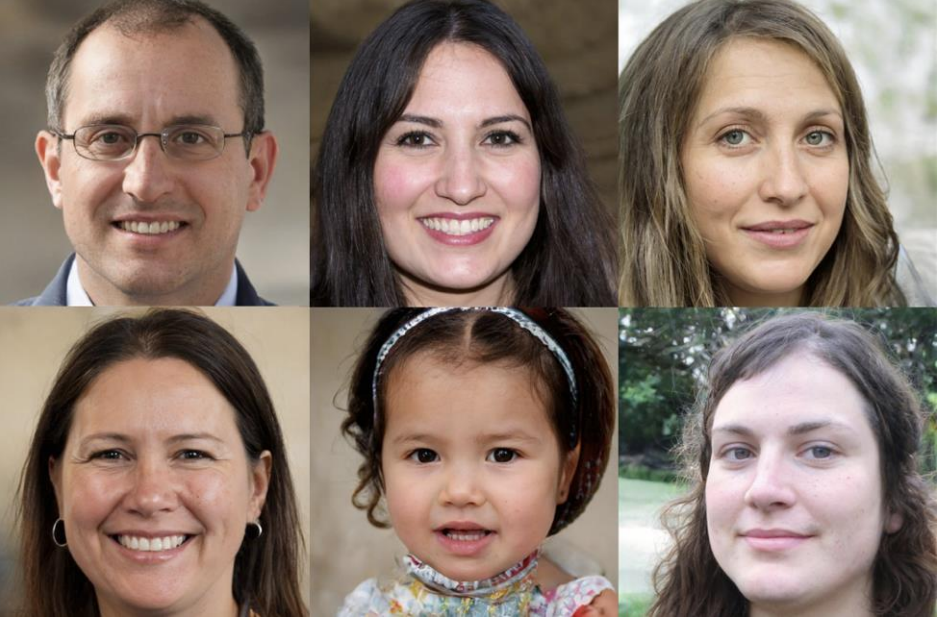 Twitter and Facebook profiles are being fronted by pictures of people who simply do not exist – but have constructed by AI software.

These "people" have neverbeen born – they are simply bundles of code with the illusion of personality, with varying ages, genders, facial shapes and ethnicities.

The photos are almost indistinguishable from real people and are photo realistic with the imperfections that bring faces to life – far beyond what would see in video games like The Sims.

And while the cutting edge tech of AI-generated faces has many harmless applications, numerous experts have said China uses a vast network of these people in a wing of its online propaganda campaign.

Fake accounts are also believed to be used to bolster Chinese state media on Facebook – with the state also deploying so-called "warrior trolls" to fight a pro-China PR battle in online spaces in the West.

State-backed newspapers and TV channels have had massive social media growth in recent years as they pump out stories with claims including Covid came from a US lab and that Western vaccines are dangerous.

China appears to have stepped up its efforts over the last few years to spread its narratives and influence people – especially in the wake of the Covid pandemic.

Key questions still remain over China's honesty in the first days of the outbreak asit has been accused of covering up key details and failing to warn the world about the risk.

And the debate still rages to whether or not Covid may have actually leaked from a Chinese bio lab in Wuhan, something Beijing furiously denies – instead deflecting allegations towards the US.

China's army AI generated people play a key role in trying to shrug off these narratives and fight back against the West – attempting to reach folks with their perspectives and lies directly through social media.

The images are created using a system known as StyleGAN – which is "trained" by studying a set of images, such as a selection of faces, which it then uses create AI generated approximations.

And a second part of the system is trained to recognise fake images.

These two prongs work in tandem to create pictures which can fool even the most diligent human eyes. 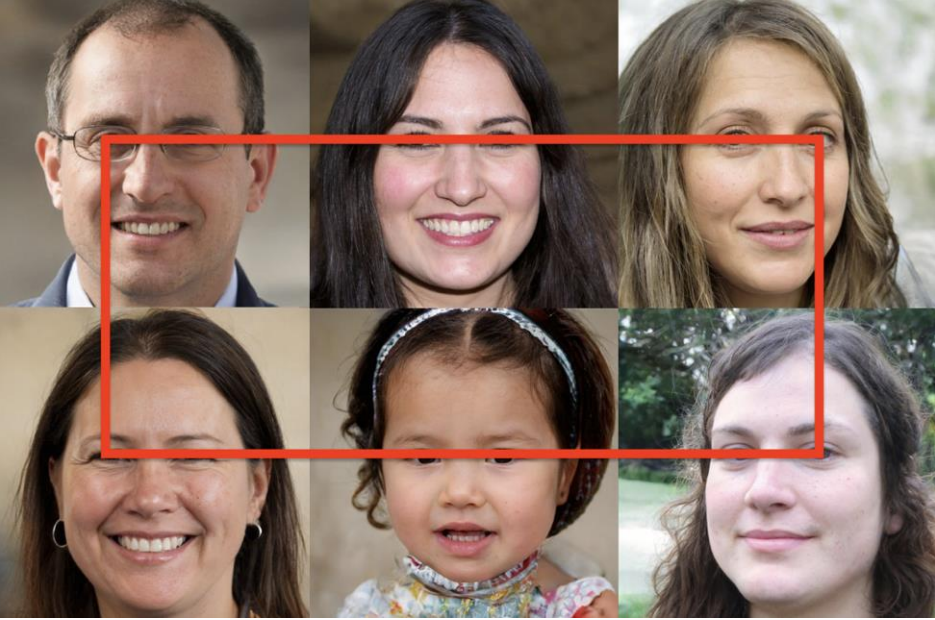 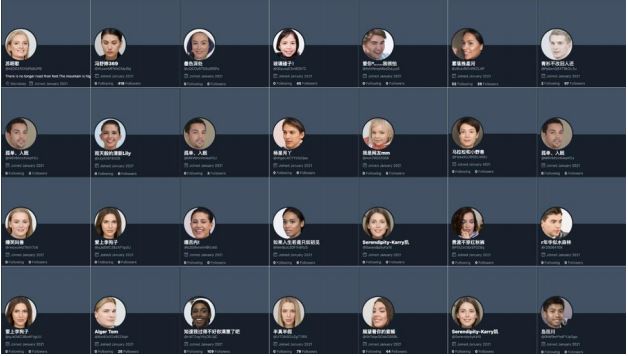 The Centre for Information Resilience have published a new report on the pro-China propaganda networks that rely on these AI faces – as well as other more traditional methods of trolling and misinformation.

Experts found that not only one do the Chinese bots and trolls push pro-China narratives – they also seek to inflame hot button issues in the West, such as race and US gun laws.

"A coordinated influence operation on Twitter, Facebook and YouTube is using a mix of fake and re purposed accounts to push pro-China narratives and distort perceptions on important issues.", the report reads.

Social media accounts with existing followings are sometimes hijacked by China and then turned into shell accounts spouting Beijing's propaganda.

It added: "This research is evidence of a deliberate effort to distort international perceptions on significant issues."

Some deny human rights abuses over Uighur Muslims in China – and meanwhile others attack the US over events such as the killing of George Floyd.

And they noted some of the flaws which can you spot in the pictures, such as slightly warped glasses frames, and the fact they have the exact same composition – with an exactly pinpointed eye line matching in each photo. 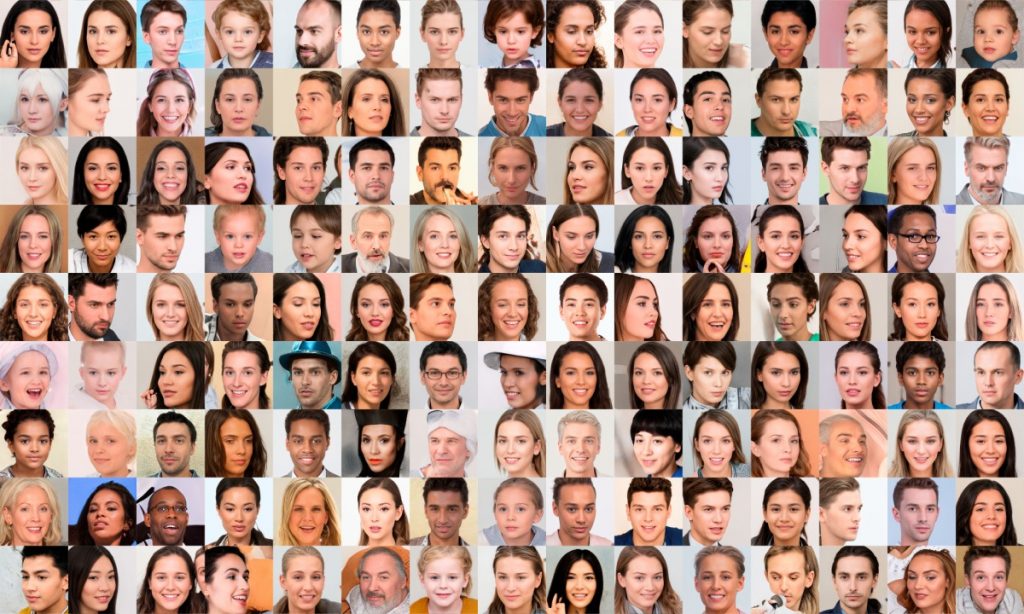 Social media analyses firm Graphika also produced a report on what it dubbed China's "Spamouflage" network as it deploys armies of fake accounts.

It warned the operation is finally starting to break out of the "echo chamber" of fake accounts and reach real social media users – including some influencers.

They found the network was used to big up China's vaccine and warned of potential dangers of the safe US-made Pfizer-BioNTech jab.

"Spamouflage is a cheerleader for Chinese state narratives of China’s rise and America’s fall," Graphika said.

Facebook announced last year it had taken down a Chinese network of fake accounts using AI generated faces – but the battle continues in the information space.

Experts however previously told The Sun Online they believe China remains active on the platform – with its state outlets such as CGTN and China Daily being the far biggest new outlets on Facebook.

China's enormous pages have more followers than some of the world's most popular celebrities – including Will Smith, Lionel Messi, Justin Bieber, Katy Perry and Dwayne 'The Rock' Johnson.

And all of them are known to heavily push China's narrative on the pandemic and other fake news – having been given a negative "red" rating for trustworthiness by monitoring group NewsGuard.

Hannah Bailey, a doctoral candidate at the Oxford Internet Institute (OII), told The Sun Online they suspect a large amount of the followers on these Facebook pages are "inauthentic" users, such as bots.

Ms Bailey explained the colossal follower counts help give the pages gravity and draw in more real users who can then be exposed to China's narratives.

Relations between the West and China remain strained as the Covid pandemic continues to ravage the world – so far killing 4.2million people after emerging in Wuhan in December 2019.

China has enjoyed a rapid recovery after boasting it has dealt with the virus – but is now suffering its worst outbreak since the first wave.

Questions continue to swirl as to whether Covid may have escaped from the Wuhan Institute of Virology, a coronavirus lab just miles from the pandemic's ground zero.

Beijing has denied any allegations – and its been warned tensions between the West and China could become a new "Cold War".