A GANG of 20 "feral" yobs is terrorising a town so severely its residents are too terrified to leave their homes.

Many will no longer venture out after dark while others keep their doors and windows locked at all times for fear of the destructive mob. 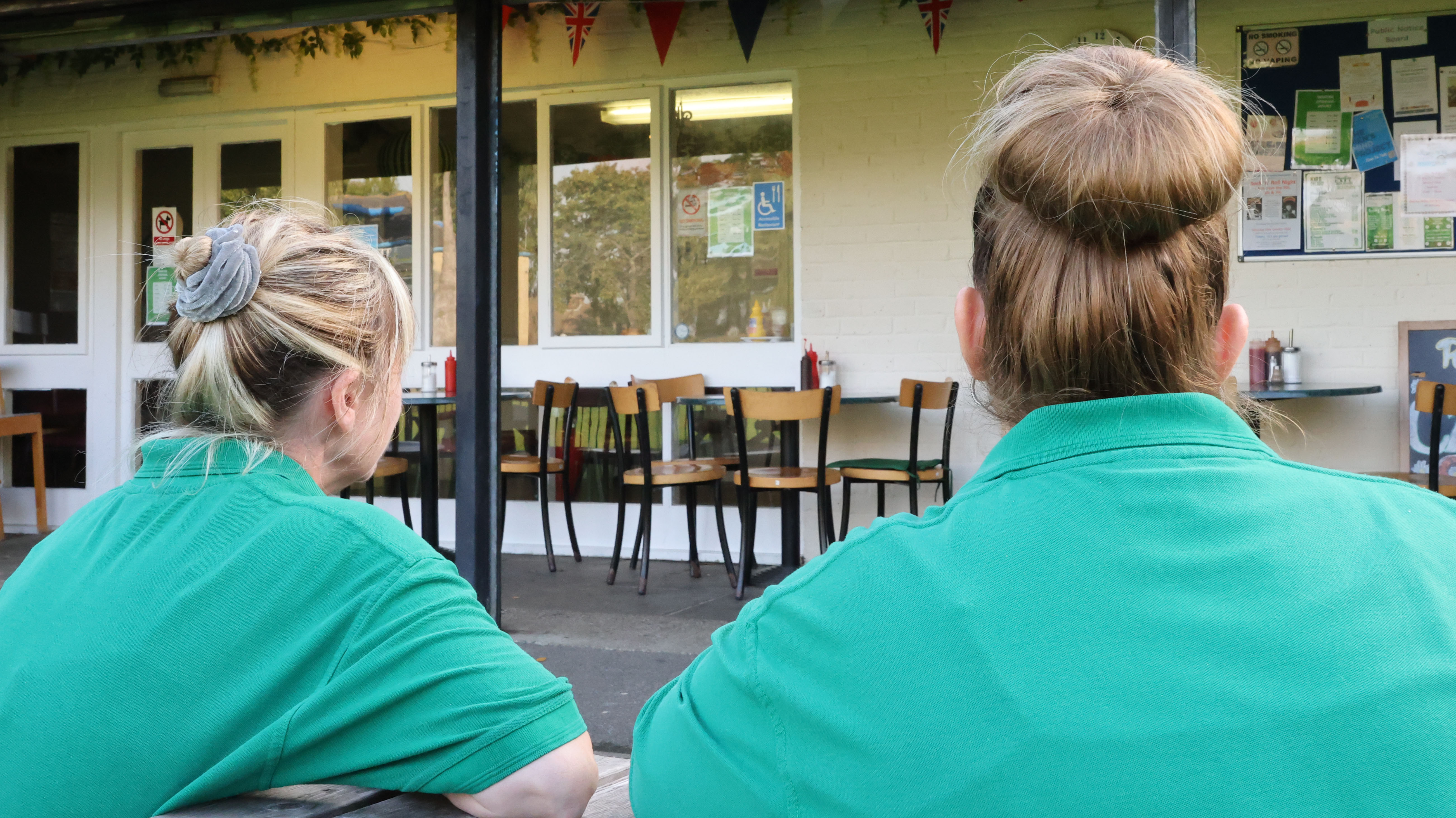 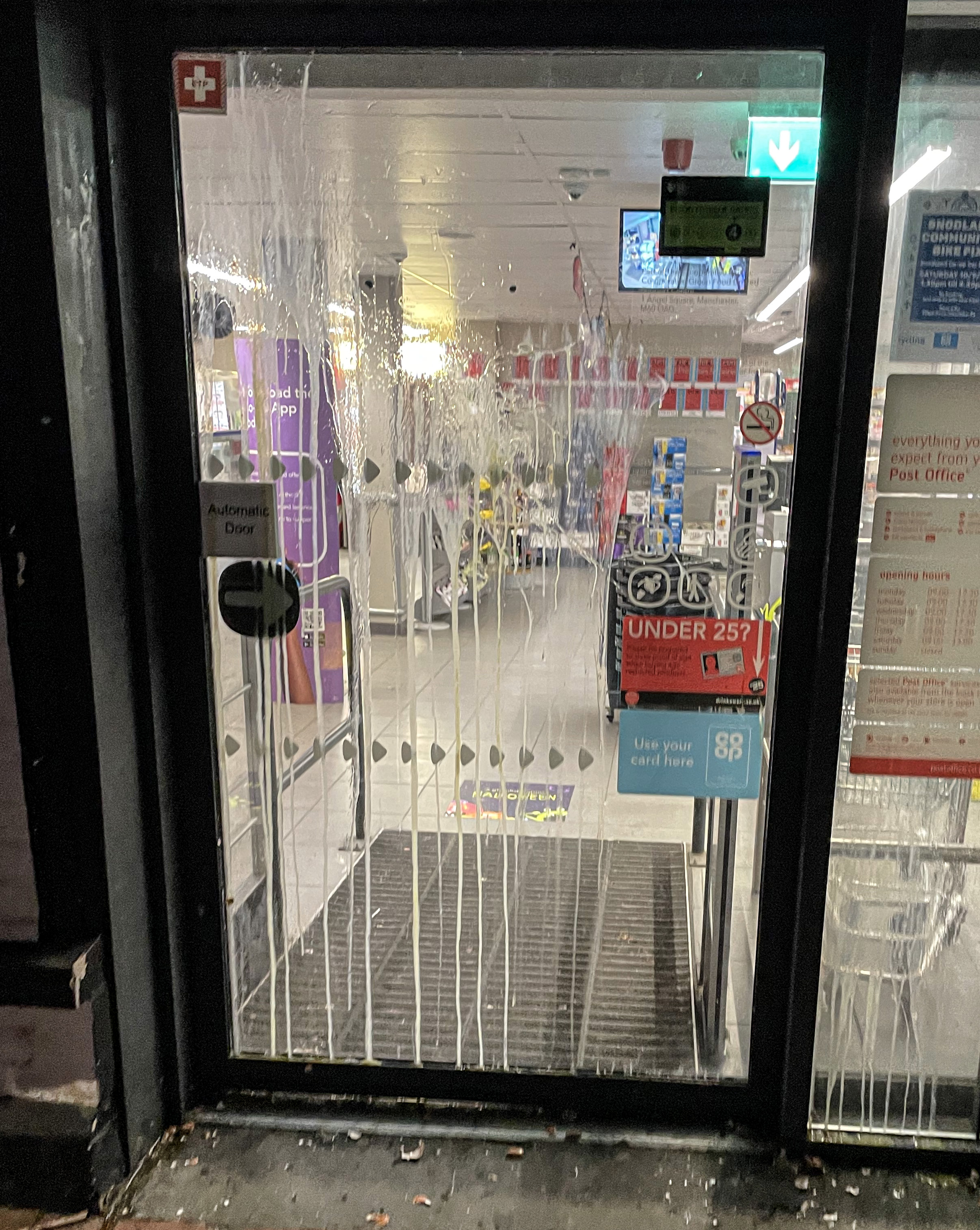 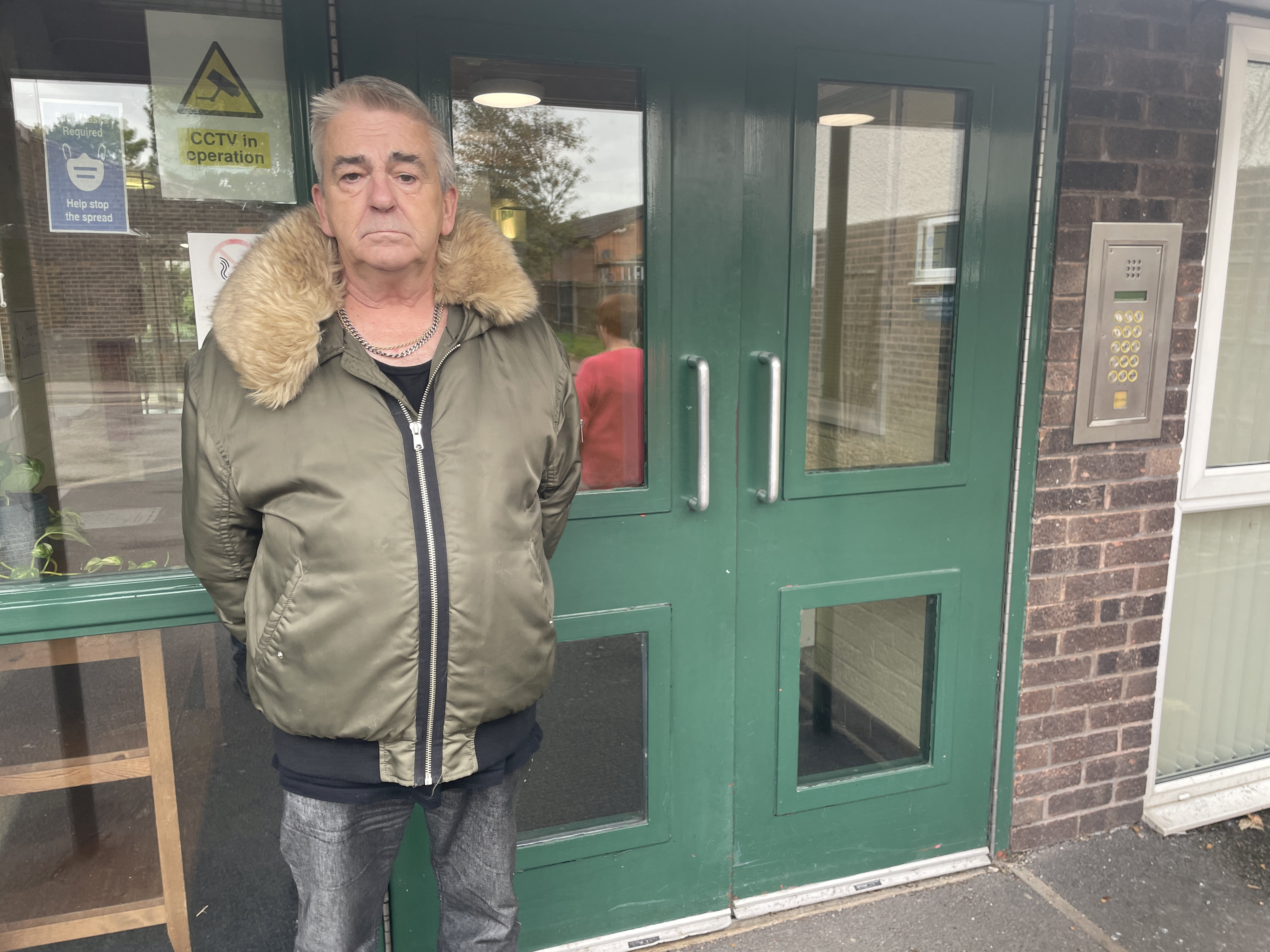 Elderly locals can't sleep for the noise, shop workers are being abused and local property is being damaged and stolen by the group.

A retirement home, café, supermarket and takeaway have all been targeted by the hooligans wreaking havoc on the neighbourhood.

But those living in the small leafy village of Snodland, which hugs the River Medway in Kent, say the police and council aren't doing enough to stop it.

One resident, who wished to remain anonymous, said: "These kids are terrorising the village. They're like ants, they come from nowhere. 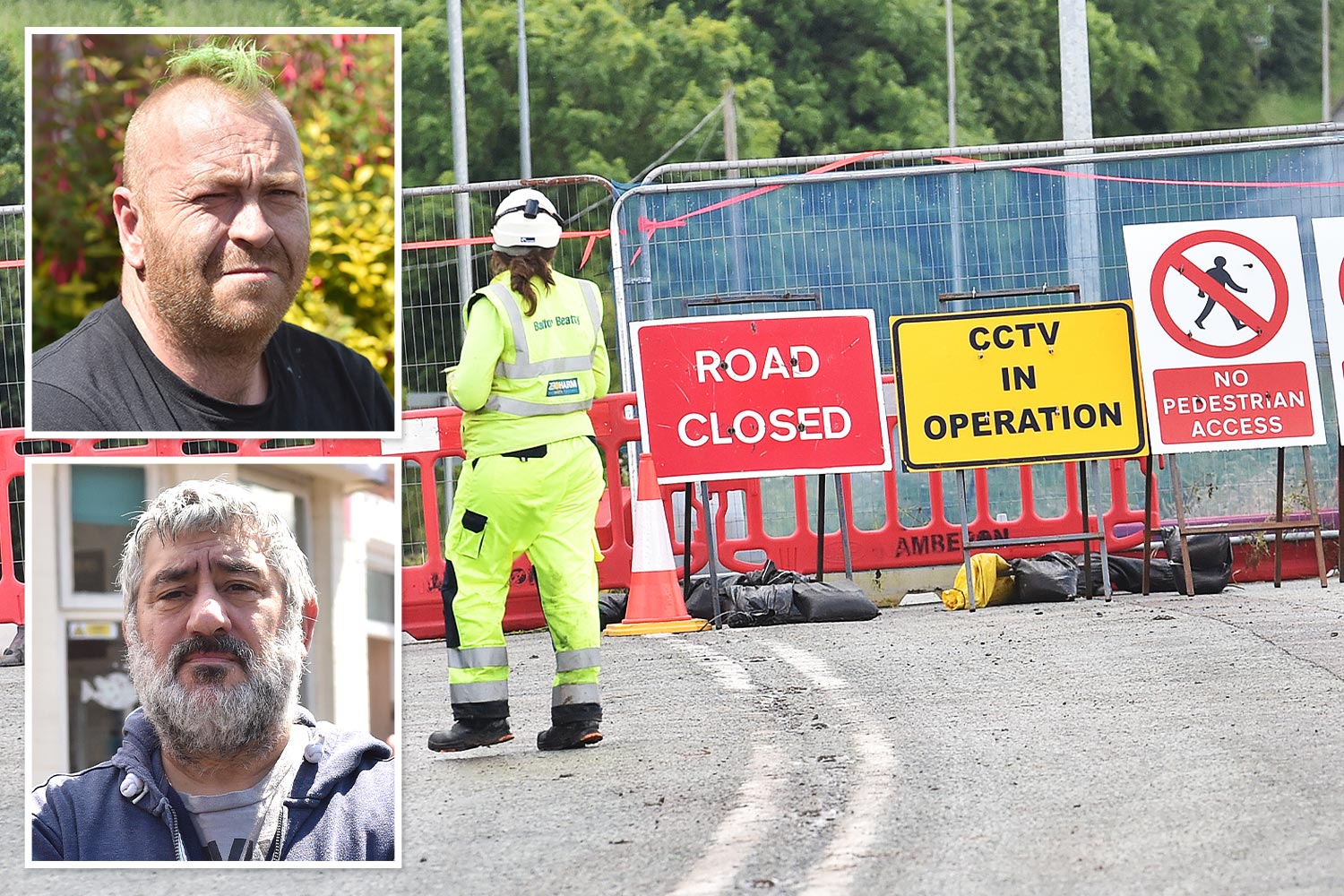 We’re furious over roadworks that will last 80 WEEKS

"They vandalise shops and cafes – even bus drivers are scared, petrified.

"Domino's has to close sometimes because of the abuse.

"I don't want to give my name because they could attack me when I'm out and about.

"But the police don't do anything. They just give you a phone number and sometimes no one even answers."

DEAL OR NO DEAL

Dozens of pensioners in Rectory Close say they regularly suffer sleepless nights because they are so worried about the bad behaviour.

And many were left frightened for weeks and refused to leave their rooms as the property's front door didn't lock for a month.

One woman, who didn't want to be identified, said: "The door wasn’t working for four weeks, it just wouldn’t close.

"We were all on guard all the time. Some people kept their windows shut.

"I would wake up in the middle of the night hearing noises and I’d be so worried I wouldn’t get to sleep again.

"No one here is able bodied and the warden only works from 8.30am until 4.30pm, so we are left on our own after that.

"As soon as the warden goes home, the gang comes and messes around outside. It worries us and makes us feel vulnerable."

They are feral. We don't stand a chance against this gang.

The door has now been fixed, but many of those living in the complex still worry about their safety.

Adrian Coleman, 60, said: "The kids have been running amok inside the building, pushing over the fences outside and climbing on the roof.

"It's given me terrible anxiety and stress and left me with trouble sleeping as I'm scared anything could happen if they get in."

Christine Blair, who has lived at Rectory Close for over 16 years, said she has never felt so vulnerable.

And Lynette Watts, 78, who has been there for 16 months, said residents have been treated appallingly.

"We are all vulnerable and the treatment of us has been disgusting," she said.

"The care home should have acted way sooner.

"Luckily we have strong doors to our flats, but some people can’t keep their windows open for fear of that group getting inside." 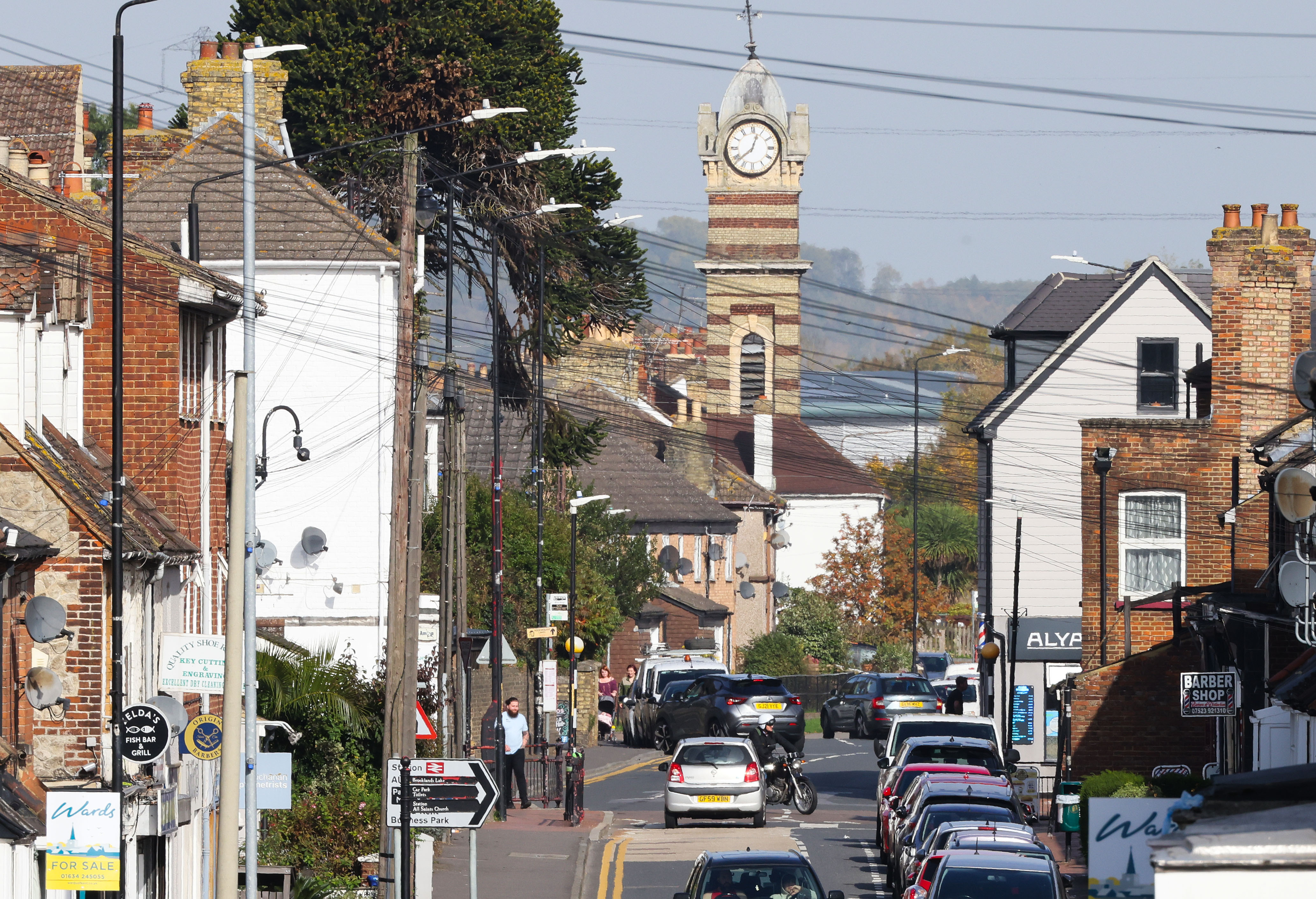 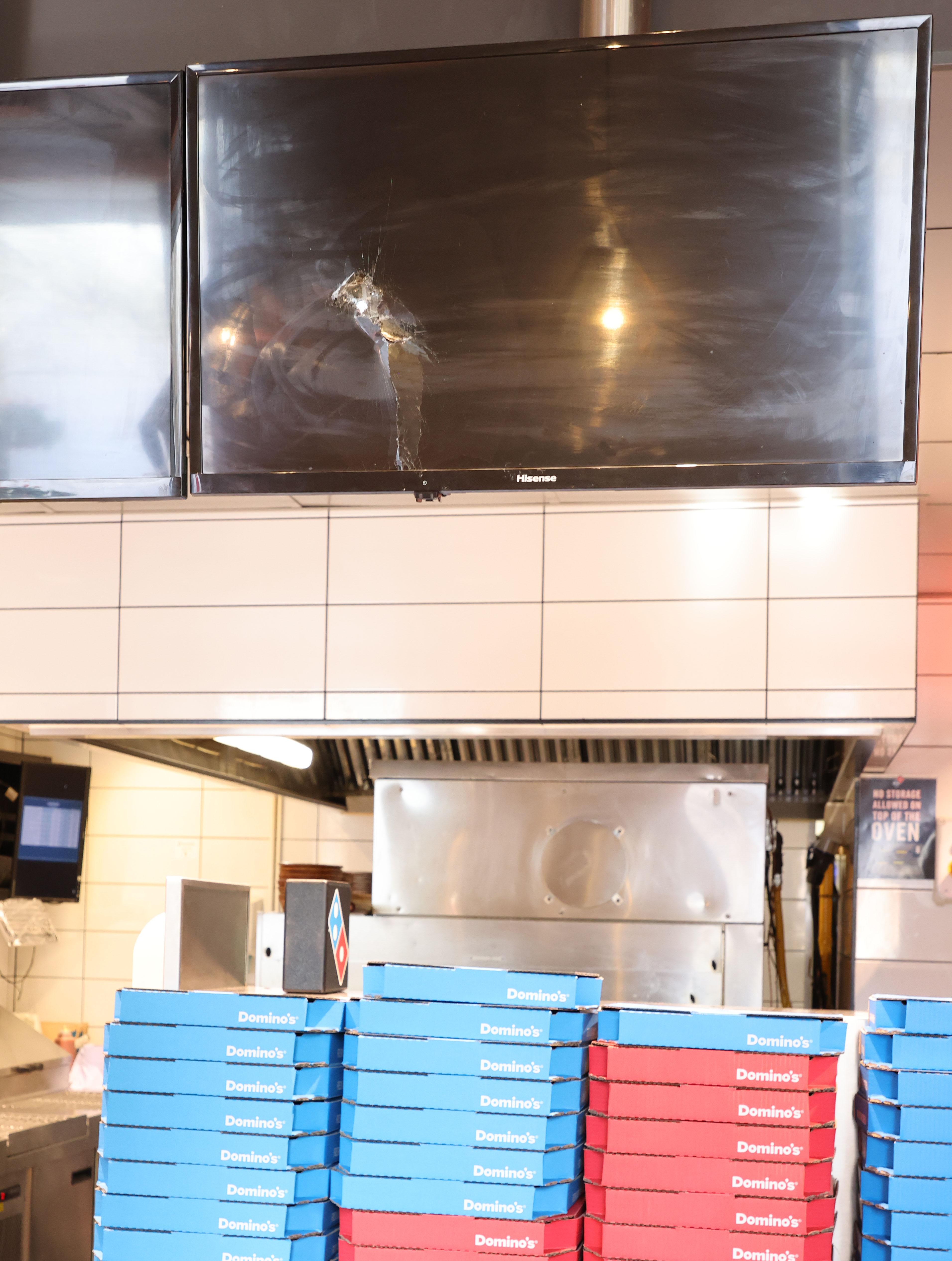 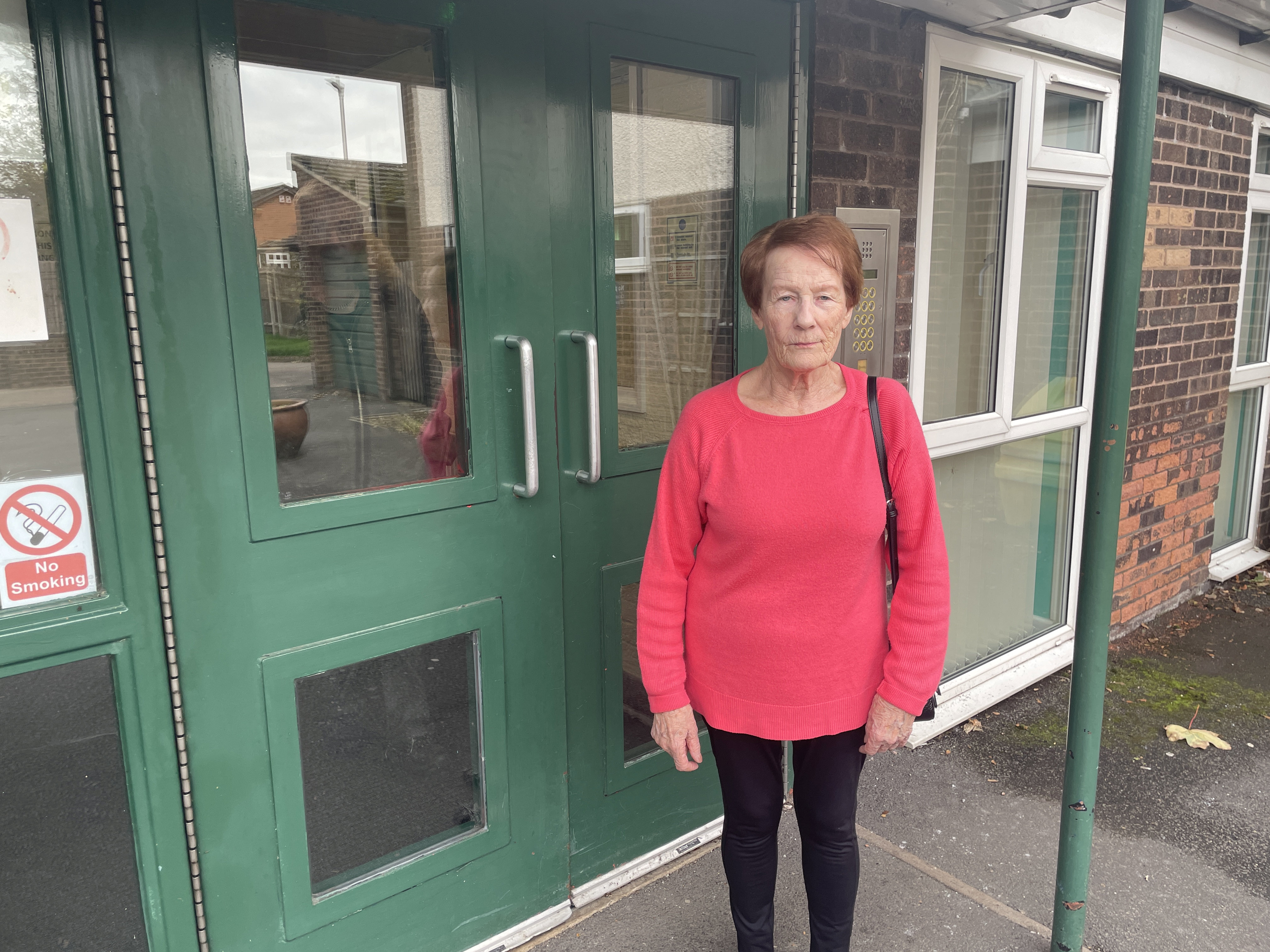 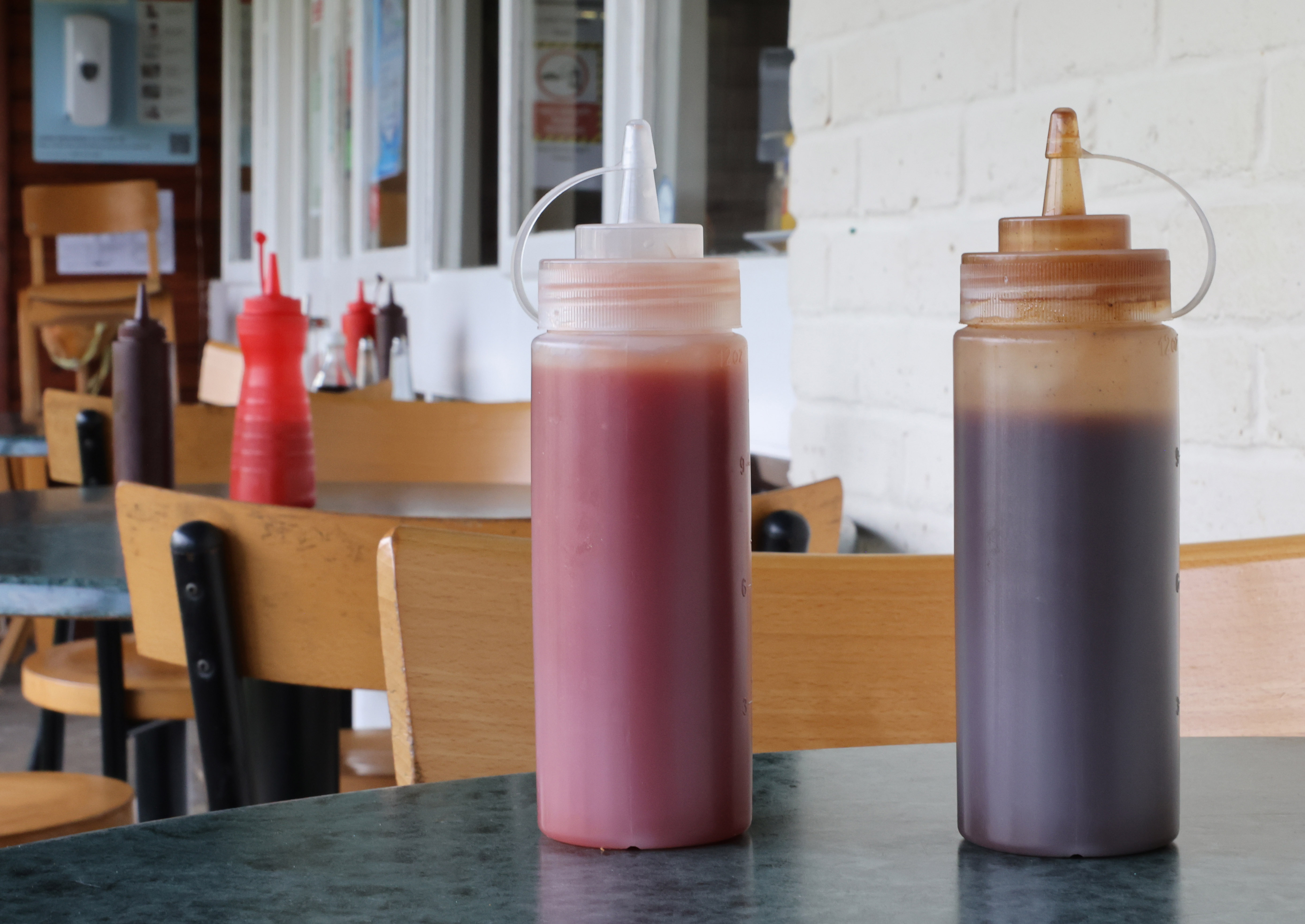 Lynette's neighbour Edith Didino said she too is constantly worried.

The 89-year-old, who was born in Fife, Scotland, but worked as a civil servant in London until she retired and moved to Kent, said: "It’s frightening when you are my age. You can’t run, you can’t fight, you can’t do anything.

"The screaming and shouting outside is constant and I'm scared.

"This group has herd mentality but the police are nowhere to be seen. I think they're frightened too."

The torment follows several months of chaos caused by 11 to 16-year-olds tearing through the town.

Staff at Pavilion Café say the thugs intimidate their customers and vandalise their property.

Mum-of-two Stacey, who didn’t want to give her last name, said: "I’ve lived in the area for eight years and it had such a community feeling when I first moved, but now people don’t want to go out.

"People just want to be indoors before they come out of school."

The 36-year-old, who has worked at the café for four years, said the "menacing" kids last struck during a chess meeting a few days ago.

The club's "lovely" members, aged 18 to 80, were horrified when six teenagers stormed inside "shouting, screaming and laughing".

They doused the building in ketchup before the cops were called, but Stacey knows they will be back.

"It's been slowly getting worse and worse since the summer," she added.

"They are feral, stealing from shops, beating people up, smashing windows and setting fire to some places.

"They are so brazen about it. They taunt you. It doesn't matter who you are, there are 20 of them."

The mum-of-four, who has lived in Snodland all her life and has worked at the café for 18 years, said her son, 28, was "set upon" by the gang, leaving him with cuts and bruises.

"We don't stand a chance against this gang," she added.

And café owner Nicola Parker, 47, said: "[I have] never seen anything like it.

"Every year you get a group of children who are a bit mischievous or anti-social, but this lot are something else.

"I shouldn't have to wake up and worry about what's going to happen to my café every day because of some children."

It is among the top 10 most dangerous small towns in Kent and ranks 48th in all of the county's 331 cities, towns and villages.

The most common crimes are violence and sexual offences, followed by anti-social behaviour, criminal damage and arson.

The local Co-op and Domino's have also been targeted, with staff spat at, products stolen and buildings pelted with eggs.

A supermarket worker, who asked to remain anonymous, said: "The attacks are horrific and it happens day in, day out.

"They are feral. They steal chocolate, sweets and eggs then throw the eggs at our windows.

"If it's not bolted down, it's nicked. It's a joke. One of our staff was actually spat at.

"There are two of them in particular, a 13-year-old boy and a 16-year-old girl, who are the leaders – but they are all completely out of order.

"We have called the police 15 times since August."

Pizza chain worker Toby Foster said the yobs have been smashing windows and shouting at staff for months.

"They threw juice over one of us, broke one of the windows and our screen above the counter, and also steal chairs," the 18-year-old said.

Tonbridge and Malling Borough Council confirmed it was aware of the allegations of anti-social behaviour associated with youths in the area.

A spokesperson added: "Through our Community Safety Partnership we are working with Kent Police and Clarion Housing to ensure that appropriate action can be taken to address this behaviour and to protect local residents."

"If the behaviour continues they are liable to be arrested or reported for summons.

"This was the case on October 18 this year when a girl was arrested for a breach of her notice.

"Where those responsible are under 16 years of age, constables have visited their parents or carers to discuss their conduct.

"At two of these meetings, teenagers have been required to sign acceptable behaviour agreements.

"Three young people have been interviewed about 10 recent offences of criminal damage, shoplifting and disorder. Their cases are under review regarding potential charges.

"Schools officers have also visited local schools to advise children and teenagers about the dangers of drugs and knife crime.

"High visibility patrols will be in the area at key times and will continue to engage with residents and retailers.

"I would emphasise it is really important that anyone affected by illegal activity makes their concerns known to us so we can deploy our resources effectively."

A spokesperson for Clarion Housing Group, which runs the retirement home with the faulty door, said: "The safety of our residents is our number one priority and we apologise for the length of time it has taken to fix the door entry system at Rectory Close which required a complex repair.

"Our contractors have been on site over the last few days working on the system and we are pleased to report that it is now fully operational." 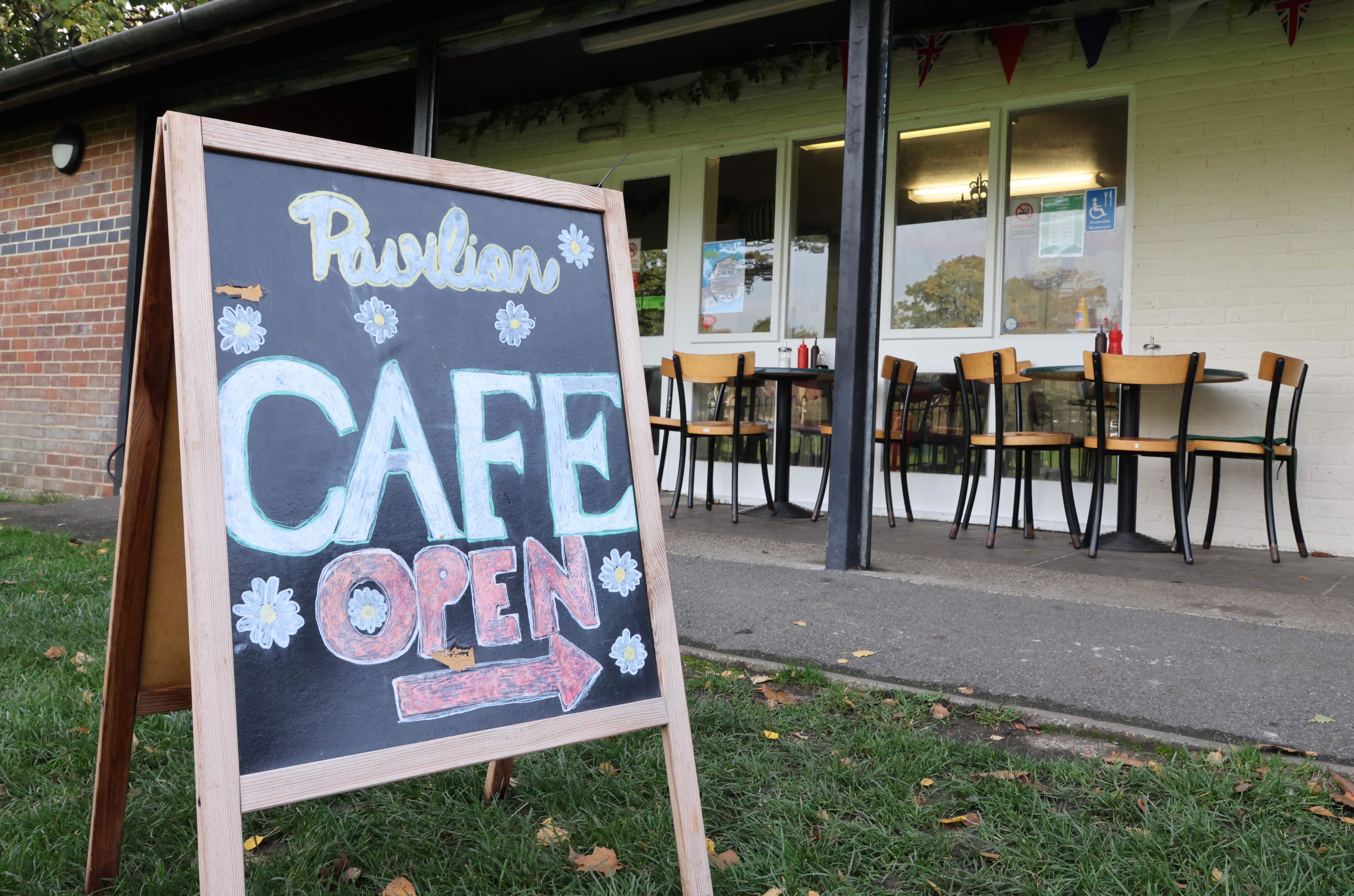 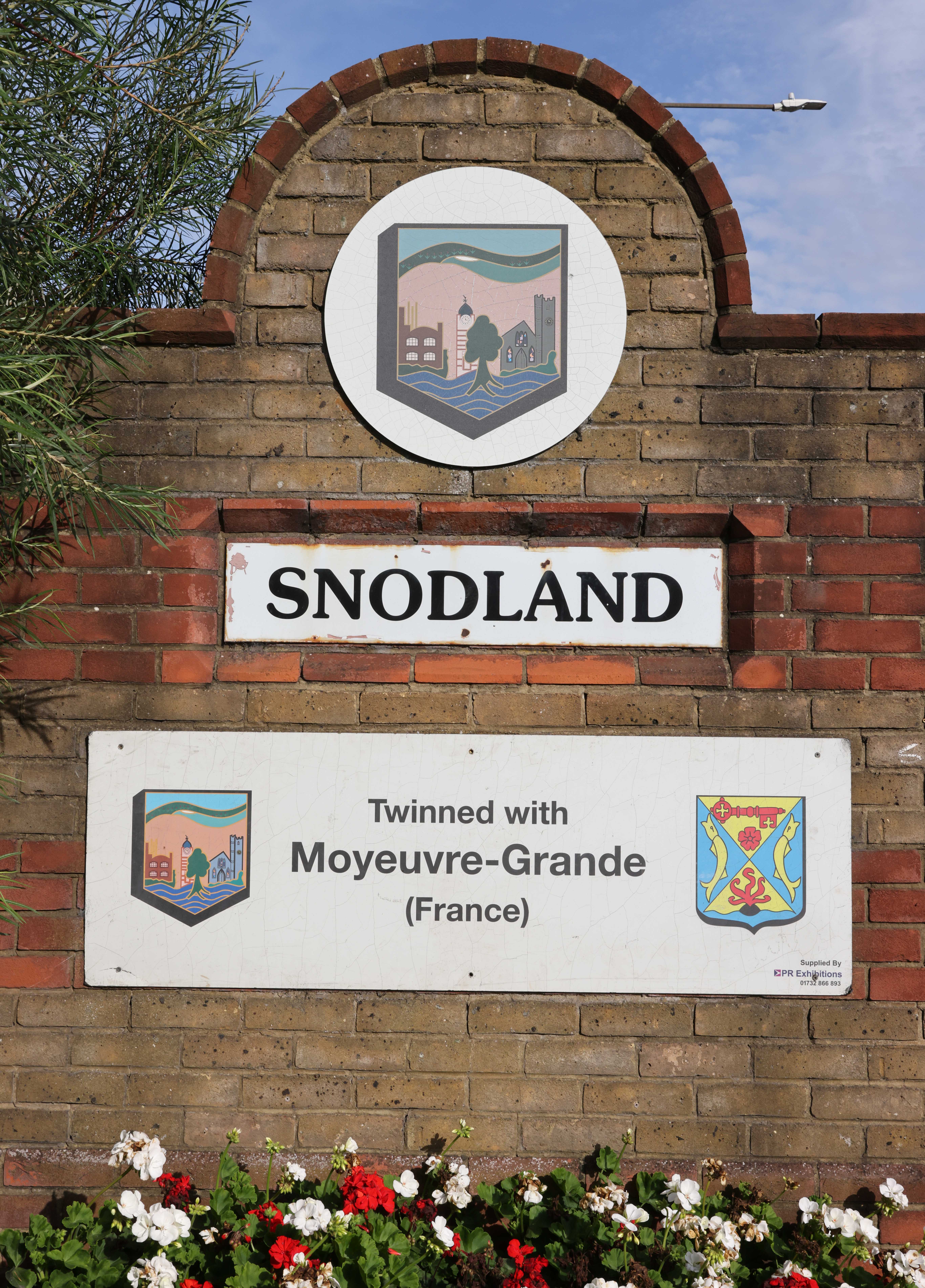